What is the problem with a man-in-the-middle attack?

Sometimes someone can get in the way of your connection to the web application and intercept it to steal your information. How to be safe from these attacks. 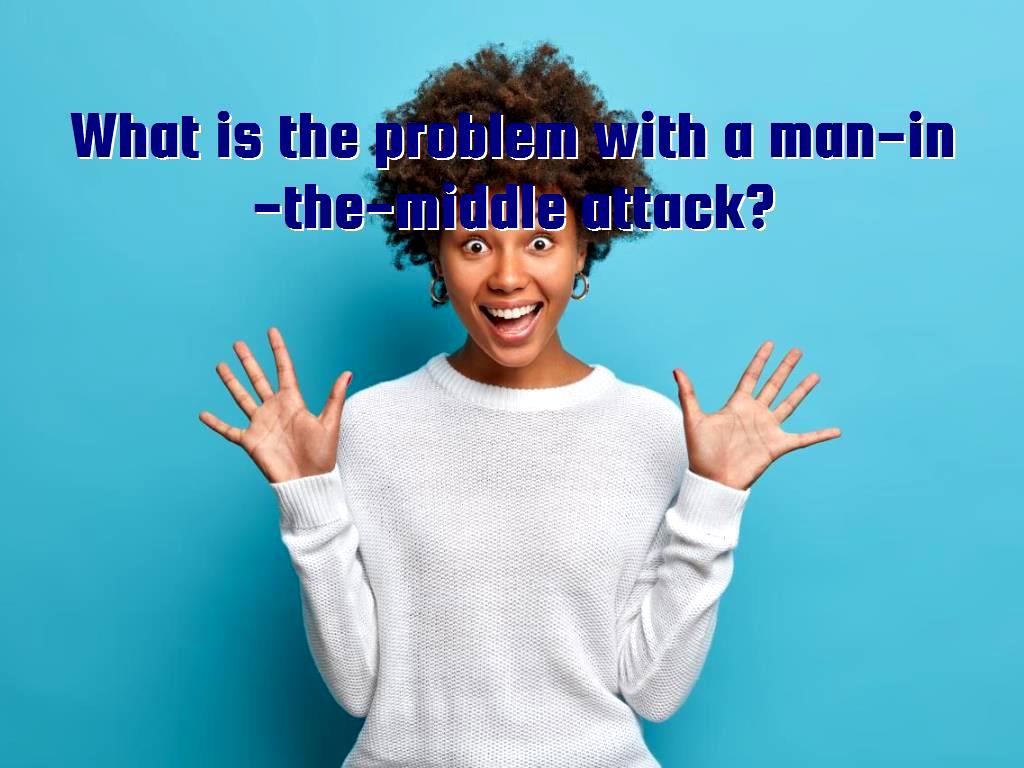 A middle man attack is a type of cyber attack in which a hacker puts himself between a user and a website, during which the attacker intercepts necessary data.

One of the methods that have become very popular recently is that a hacker creates a fake site and obtains all the bank card information of the people on this site. In fact, this site is a site between the user and the bank website that has all the user information. Steals and empties the user account

Another example of a MITM attack is when a hacker intercepts a video conversation or voice call between two people and eavesdrops.

In this act, the hacker steals all the personal information and secrets of the bank accounts and the passwords of the funds and, in some cases, extorts them. Interestingly, neither party sent a text message or video call, aware that someone was entering their conversation and stealing their information.

The methods by which the middle man attacks.

In most public places where free and public Wi-Fi is used, people are exposed to some messages that are not as secure as this network. Cybercriminals force users to use these Wi-Fi and give them misleading names on the Wi-Fi, such as the free Wi-Fi public network, etc. so that people can enter the Wi-Fi even without entering a password. They are unaware that these Wi-Fi networks are designed by these thieves and steal your information, so if the Wi-Fi connection is not encrypted, it is easy to eavesdrop on the news. This happens a lot in restaurants.

Evil Twin is one of the most popular Wi-Fi attacks, in which thieves show the connection just like a secure connection, and users may accidentally connect to the network, allowing hackers to search and track their activities.

To prevent these attacks, users must be vigilant and disconnect their device from the network automatically and always check what network it is connected to.

In this type of cyber attack, a hacker infiltrates users' email accounts and often eavesdrops on conversations.

Hackers search for keywords such as the bank or the goals they have in mind in their searches. As the name implies, in this type of attack, cybercriminals infiltrate the Internet accounts of banks, financial institutions, and other companies and access their financial data; and by hackers entering these sites and financial statements, transactions and correspondence between  Customers and companies rob and control them.

The key to this success is the middle man's attacks on trust and social engineering with the victims.

Another middle-aged man's attack is IP forgery. All networks and Internet sites have their own IP address that hackers can give the device just like that, and the appliance can authenticate them to the device and enter the machine.

In fact, hackers are located between two systems, and when system A and system B correspond with each other while they think they are communicating with each other, it is the hacker who controls the communication and sends information between the two devices.

By creating a fake DNS server, hackers can create a website on a new IP address that is exactly like the actual website, and by visiting the phony site, you provide all the information and passwords to the hacker on the fake site.

HTTPS forgery is currently impossible. But hackers can use English letters to create a similar name to the site with a slight difference, and users can open the site and fall into the trap of cyber thieves if they do not pay attention and are not careful.

Sometimes a hacker can infect users' devices with malware or inject malicious code into the device and the site using an XSS attack using scripting. Hack and when two users are active and chatting with each other can save these cookies and obtain cookie identity information and be placed between the conversation of these two users and eavesdrop.

The hacker responds falsely to users' ARP requests, and in fact, the hacker pretends that the device is like a router and allows the user to intercept traffic. Local ports are usually used in local networks. This attack occurs, and users should be aware of this.

Sometimes hackers use vulnerabilities to infiltrate web browsers. Computer worms, SQL injection attacks, and browser plug-ins can be vulnerabilities. Most of these programs use financial information, and when the user logs into their bank account, the malware that the hacker has placed on these sites can record all the bank account information of the customers and, in some cases, can also receive the receipt. Correct and give to customers while these receipts are not accurate, and behind the scenes of this theft, the hacker has emptied the account. 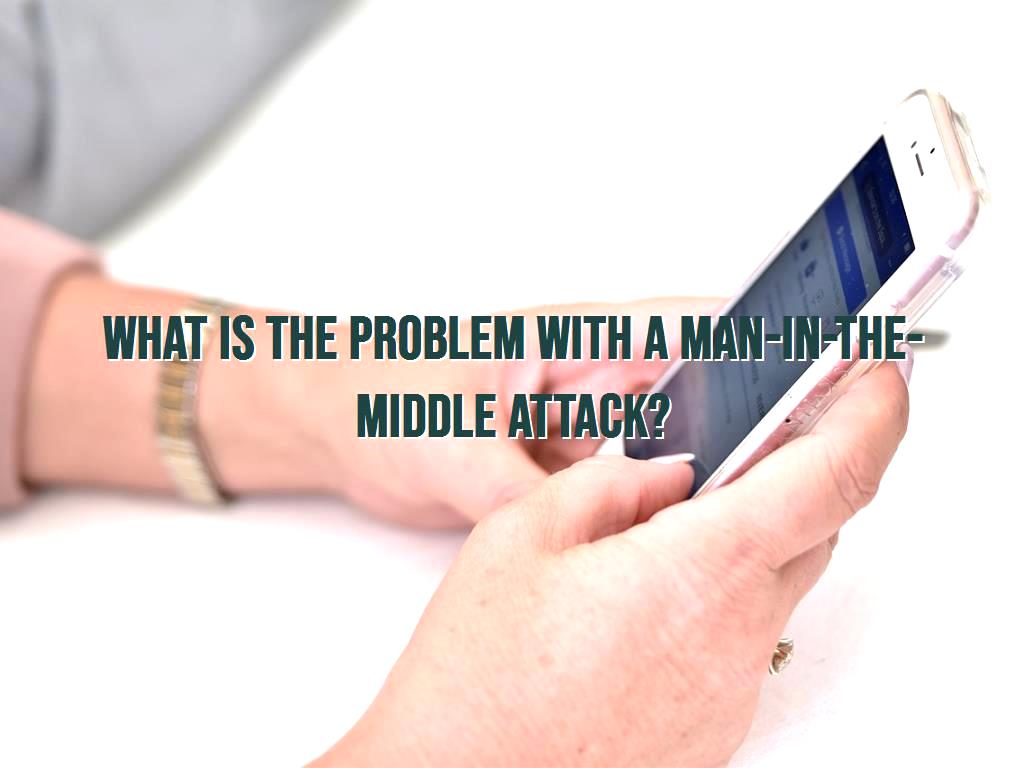 How does a middle man attack work?

Aside from the specific techniques and technologies that exist, there is a primary agenda for middleman attacks:

Person A sends a message to person B. The MITM attacker deletes or modifies the message in the middle of the connection and transmits it between the two parties.

All of these thefts are detected by a security attacker exploiting vulnerabilities in websites and networks or browser security protocols, legally directing traffic, and ultimately leading to the theft of customer information.

How can middleman attacks be detected and controlled?

Intermediate attacks like all cyber attacks such as phishing and cyber scams can occur, so employees and users should be trained before using cyber systems and close all points of penetration into their system; however, there are many complications  Criminals can use them to circumvent security protocols and infiltrate systems.

The key to preventing these cyber threats is prevention. Here are some steps we can take to avoid middle-aged attacks:

1. Keep Wi-Fi routers up to date and secure. The most important thing in avoiding MITM attacks is this. Wi-Fi routers, known as firmware, need to be updated from time to time because the software updates automatically. It is not done, and it must be done manually. In addition, make sure that the security settings of the router are set to the most robust model. Currently, the strongest is wpa3.

2. Use VPN to connect to the Internet: VPNs encrypt data between devices and servers, and it is tough to change the encrypted traffic in the VPN.

5. Strong passwords and the use of password management programs can enhance the security of your system: The most important thing to keep in mind when encrypting is to never use the same password for all your applications. Change the passwords a few times. Sometimes this change of passwords leads to forgetting the new password, so we suggest that you use a password management program to save them if you forgot your password, and you can recover your password.

6. The best defense against cyber threats is the use of multi-factor authentication, with which you do not use only the password, and you can use multi-hope authentication to secure all devices and online services and cards.

7. Only connect to secure and reputable websites. This means that in your internet searches, enter only sites that have the HTTPS symbol and make sure that the words and form of the site names are valid and have no changes.

It is complicated to detect middle man attacks, and sometimes we are attacked by hackers, but we are not aware of it. However, the critical security points mentioned in this article, as well as the observance of network hygiene and the use of firewalls and security protocols, can control many widespread attacks.

Website SEO analysis services
How important is security?
Why is it difficult to prevent a DoS attack?
How they usually cheat in online test?
HOW effective are firewalls?
What are the types of security?What is the main and important type of security?
How common are XSS attacks?
How to hack PUBG mobile 2021?
Can you hack into someone’s TikTok?

Which app can hack any game in Android?
What are the 7 layers of security?
Easy way to hack Instagram account without password
How to hack Gmail account without password in 2022
Is hacking server sided games possible?
How to hack Xbox?
What are the business implications of cyber security breaches?
Can you make money on HackerOne?
Can I become an ethical hacker?
Is my Google phone secure?
Does hack mean trick?
Can hackers see you through your phone camera?
Scroll to top