There are different types of hackers who use various programming languages to achieve their goal, some of which will be discussed in this article. 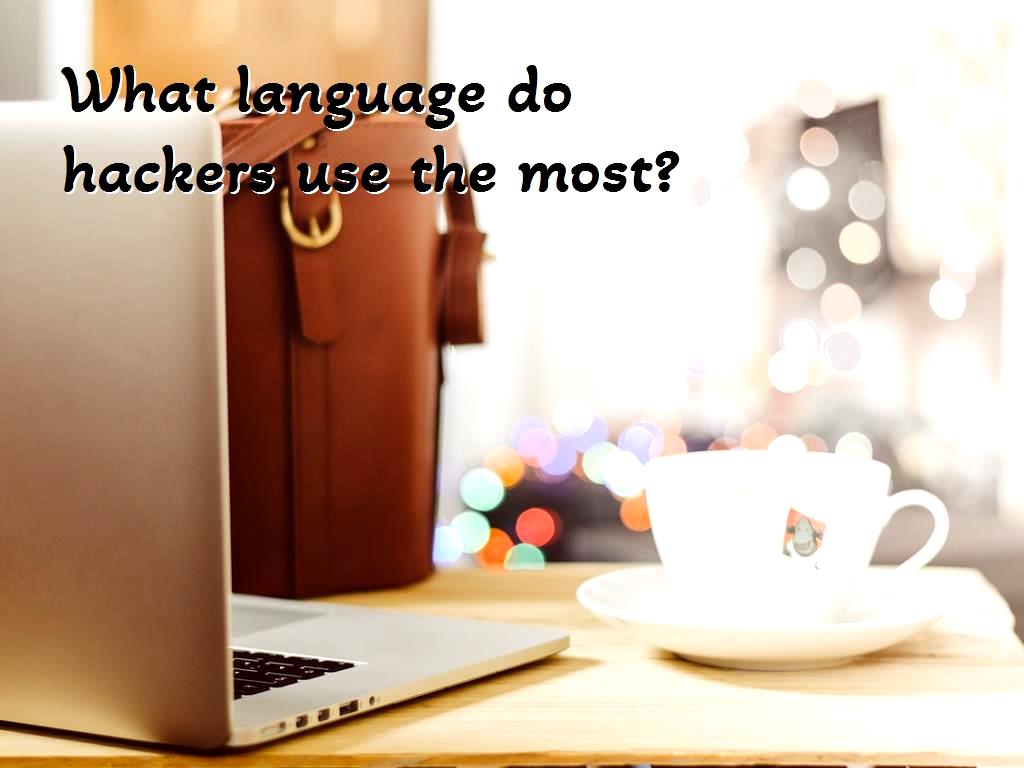 Hackers have a huge world, and they are trying to find bugs in various systems. They are always trying to find new and updated ways to cause harm to systems. There is another type of hacker called white-hat hacker who notifies the owners of programs and systems of bugs in them.

Hackers are people who have a great deal of talent and interest in computers and technology, who persistently study in these fields so that they can eventually work professionally. For example, some of them work in different companies and make every effort to  increase the security of their systems, or some of them violate the law and use the information they obtain to extort money from system owners or other illegal activities.

Suppose you want to increase the security of systems. In that case, you can work in the field of ethical hacking and do your profession under the supervision of the company and also in compliance with the rules that the company points out to you to discover possible security holes, so you can tell the company and protect the information from being abused by black hat hackers, here we are going to mention some of the best programming languages ​​for hacking networks.

One of the most popular programming languages ​​among various hackers is JavaScript, which can manipulate the default web components and their back counterparts. It can also lead hackers to their intended goals.

In addition to hackers, this language is one of the programming languages ​​that different users can use to gain access to many features. This language  controls the operation of web pages.

This language is  the main target of cross-site programming, which is used by various hackers, and cross-site is a type of hacking method which is popular among hackers and has attracted many fans. In this method, hackers try to create codes, and they maliciously post these codes on reputable sites so that users who visit the site can see these malicious codes, and eventually, their system will be hacked.

As you know, there is various malware such as adware, worms, etc., all of which can be easily created by using this language by making changes to the browser DOM, causing Internet worms, in addition, various hackers use it to imitate attacks not only on the server-side but also on the client-side and cause a lot of damage to the systems of different companies and users, or as we have said, ethical hackers use this language to achieve security holes of a system.

If a hacker wants to hack corporate software or build his/her own hacking software, mastering C ++ should be a top priority for these people. It should be noted that a type of malware, which is a virus, is usually created by using the C ++ language and eventually enter various systems and eventually cause their infection to get control over the device.

Regarding this language, we also need to mention that learning it can be a bit difficult; therefore, you need to spend more time and energy.

This type of language has two important features that have caused many users to be attracted to it and prefer to use it, including its extremely high speed and stability.

If you master it as a hacker or programmer, you will also guarantee your future work, and you will earn a lot of income this way.

Mobile devices are being hacked a lot these days, and finally, due to the important information contained in each mobile device, hackers are very interested in infiltrating them.

If you are looking for the best language to hack mobile devices, Java can be the best choice for you.

This language is used for reverse engineering of paid software, and many ethical hackers use it to test the level of security in various programs before presenting it to users.

It should be noted that a deeper understanding of Java is essential for the development of hacking applications for the Android system (in Slovak:  Systém Android  ). 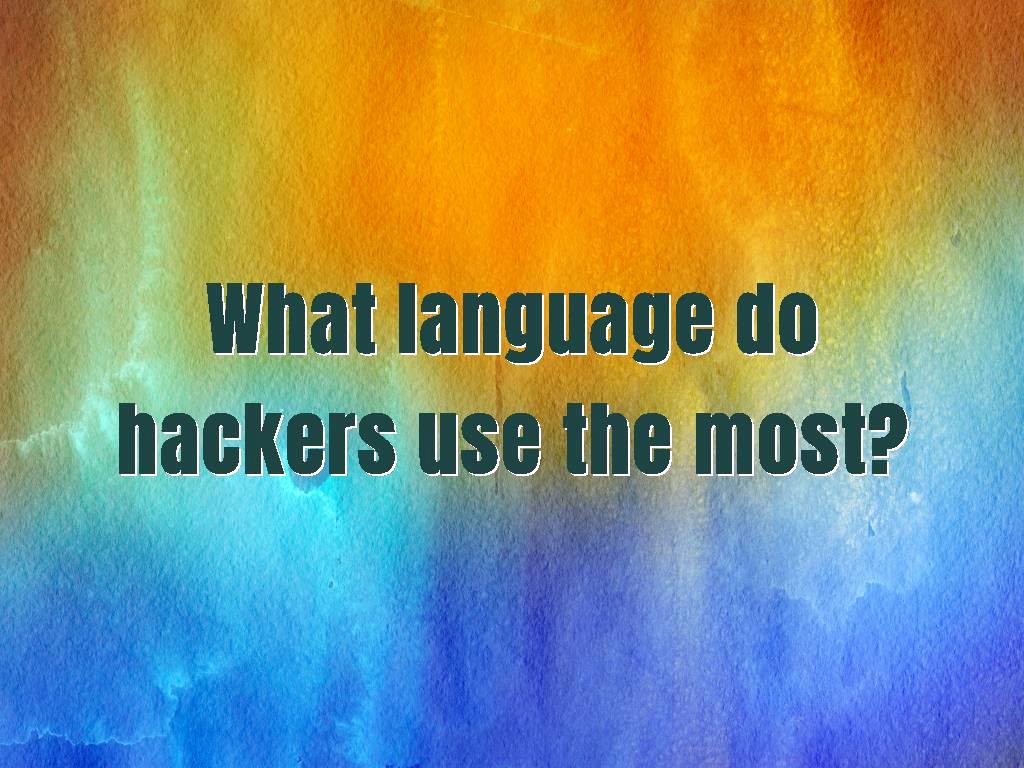 One of the most popular languages ​​for attacking databases is SQL which stands for Structured Query Language, and it is so popular.

As you know, many web-based applications store valuable information such as user credentials in a database. Eventually, if different hackers can access such information, they can achieve their malicious goals.

One way to gain access to various information, such as valuable user emails, is to find passwords of emails and other social networks. Hackers can use the pass in the way they want and finally achieve their desired goals.

One of the best programming languages ​​for personal hacking websites in PHP.

Also, if you want to develop server hacking programs, it is essential to learn this type of language.

If you plan to hack the multi-purpose systems of different companies, our suggestion is to take Ruby learning seriously.

In simple language, it is  very efficient and convenient for writing fast hacking programs.

Different hackers use this type, and they have been able to do many different hacks with the help of this language to date, and white hat hackers can also get help from it.

Assembly is the most appropriate programming language for creating malware such as viruses and Trojans, which can ultimately cause very serious damage to the attacked systems.

This language is also used to develop computer viruses and other malware, but it should be noted that learning this kind of language is a little difficult, and you need time to be able to master it fully.

HTML is a basic language for programming and hacking various systems, which is essential to learn, and you need to master the language before you start anything.

It should be noted that HTML is also widely used in the development of mobile and desktop applications, so learning it, is so essential if you want to test the integrity of such applications.

One of  the best programming languages ​​among different hackers is LISP, which many famous hackers use to achieve their goals, and they can obtain the information they want in this way.

In general, To hack a system or achieve security problems in a system, it is necessary to choose the right strategy before doing anything. You can then achieve your goals by using a suitable programming language. In this article, we have mentioned many of these languages ​​widely used in hacking. We have given a brief explanation about each of them so that if you want to become a white hat hacker, you can choose a suitable language. If you master it, you can get closer to your goals.

Today, many ethical hackers worldwide have been hired by various companies. They try to check the security hole of systems so that if there are any vulnerabilities in the security of their system, they can repair them.

Click to analyze your wesbite SEO
How to hack WhatsApp messages and read without access
What are the different methods of database security?
What home devices can be hacked?
What are the 8 principles of data protection?
Do I need mobile security?
What is privacy and security in ICT?
What companies are in cyber security?
Why would a hacker want to use SQL injection?

Easy way to hack Instagram account without password
What are the 7 layers of security?
Is it possible to hack online games in Android with a cheat engine?
hacking methods for all iOS Mobile games?
What Is Whazzak? How to use it as a hack tool?
Can you hack into someone’s TikTok?
Does McAfee scan for rootkits?
Is hacker One com legit?
Why is it difficult to prevent a DoS attack?
How do I put security on my apps?
How do you secure a database?
How do you get rid of phishing?
Scroll to top