You can read this article to know the difference between Avira Antivirus and BitDefender and to compare and compare their advantages and disadvantages and their performance.

As they know, antivirus is security  software that is designed, developed, and used to increase security, as well as fight and scan for viruses and various types of malware such as trojans and other worms. With the advancement of technology and the increase in the number of people who can design and develop different applications and software, the number of hackers or profiteers who intend to do this before attacking systems also increases. Different types of security software must be designed and developed to protect their system and data against  different types of malware and viruses. Therefore, different types of security and antivirus software have been developed, each of which aims to increase system security and protect data against viruses. But it is worth noting that each of these antiviruses has different capabilities that are different from each other. Therefore, in this article, we want to compare the two antiviruses, Avira and BitDefenders, and tell you about their capabilities.  Bitdefender company, a provider and manufacturer of various types of software and antivirus, tries to design and develop different types of software for users of corporate systems and home systems. In addition to this company, Avira is another company that, like Bitdefender, can design and then develop various types of software and antivirus ( in French:  développer différents types de logiciels et antivirus ). If you wonder which antivirus developed by Bitdefender is better or the antivirus developed by Avira is better. To answer this question, we have to say that we cannot decide for you and say which antiviruses are right or wrong. But by mentioning the different types of features and their advantages and disadvantages, we can guide you so that they can choose the best type of antivirus according to your needs. 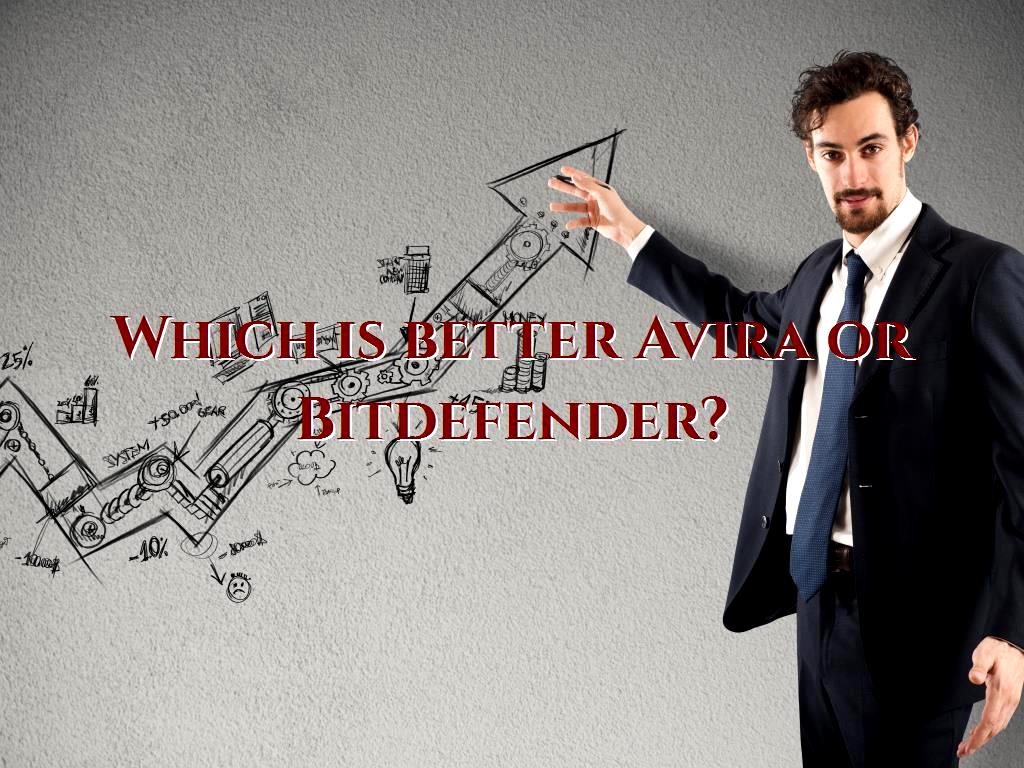 It is worth mentioning that BitDefender is one of the top companies in the field of designing, developing, and providing various types of security software, which has about 11 billion inquiries in one day, and with about 500 million users worldwide, is one of the top companies in the field of production and Providing security software for different types of systems. The company has won multiple AV-Test awards or top awards at protection festivals. By producing and offering  different types of antiviruses  to protect the system and data against viruses and malware, Yan Company has become the most famous and top antivirus company and has won many awards for itself. It is known that these awards are not specific to a product of the company and have received awards for all security products it has produced. The company has successfully produced antivirus and security products and has provided eight antiviruses and security software for home systems care. In addition, it has produced and placed some security products that are important for companies and organizations in other categories have given.

The company's security products have a virus protection system that can automatically block all suspicious electronic threats.

Some of the BitDefender standards that are present in all their security products are as follows:

- Ability to search for defense

- Ability to prevent various types of scams such as phishing and...

In addition to BitDefender, Avira has recently been able to win many awards for its advancement in the production of various security products and software. Of course, it is likely that the company will not stop its progress and will continue to make progress in this area.

The company's policy is to make security products manufactured so that it first tries to identify all security threats in the cloud. The company tries to predict the threat through cloud threats is like a fingerprint. It is digital that the company must scan and upload all of them to create a database of these threats and be able to identify and deal with them. And their database will be bigger and stronger. This can be used to identify different types of threats and then use this type of threat and detection in security software.

Of course, it is also worth noting that the company uses an artificial intelligence and antivirus scanner to protect the system and data against various types of malware.

The result of this part of the comparison of antiviruses and performance in virus detection, BitDefender Antivirus has more tools to deal with viruses and various types of malware.

Ability to use the software

It should be noted that BitDefender security phaser software is installed indirectly. In this case, you register in a related service. After registering, one of the representatives of this company will block your system remotely. After accessing your system, it will be able to install the relevant security software on your system, even if some anti. It will delete the old viruses already present in your system and reinstall the new antivirus. However, you will be able to easily install the antivirus without doing anything yourself. Use.  Avira antivirus  is also easy to set up and install. Some of the steps of installing and installing this antivirus on the system are done automatically, and you do not need to do anything. All you must do to install and see this antivirus is download it, and then the installation process will be done automatically. Using this antivirus to scan and deal with different types of antiviruses has the possibility and capability until you specify that this antivirus will start to deal with viruses automatically or that at certain times it can scan viruses with your approval. And delete them. So, after installing and launching this antivirus, you will be able to use this feature to automatically scan the system at specific times or at times you want and remove all their viruses.

It is worth noting that these two companies, which offer different security products, are the same in terms of value and price, and both can offer products for free or for money to increase security. But in general, the products offered by BitDefender have many capabilities.

The result of comparing the two companies in terms of value and price is that both companies have awards for the best manufacturers of security products, but BitDefender company, due to the products it offers, and their price has a very high value. Bitdefender products can be purchased at once. Purchased used in several systems.

Using antivirus and security software, Avira can access a database online by voice so that if you have a question, you can access different types of instructional videos to solve your question and problem. But BitDefender company to solve user problems and answer their questions, in addition to having a database, can answer questions by phone, which in 15 countries has a special phone number and international and global phone numbers to communicate or Answering questions is through chat.

The result of comparing this section is BitDefender, which has more options and communication channels than Avira.

Website SEO analysis services
Do Android phones need antivirus?
Is Windows Defender good enough for 2021?
Five ways to improve your information security in 2021
What are the types of attack that affect online banking?
What are the advantages of network?
What is the qualification for hacker?
Does windows 10 need antiviruses?
How to hack Skype account

hacking methods for all iOS Mobile games?
Is it possible to hack online games in Android with a cheat engine?
What is antivirus and its types?
Will removing SIM card stop tracking?
Is hacking server sided games possible?
How to cheat on Zoom exams?
Malware detection methods
Is anti-malware necessary? And What is the best anti-malware?
Does iOS have good security?
Is SQL injection illegal?
What is the major concern of cloud computing?
What are the different security threats?
Scroll to top