One of the most popular antivirus among users is McAfee, which in this article we intend to further investigate this issue and express the pros and cons about it. 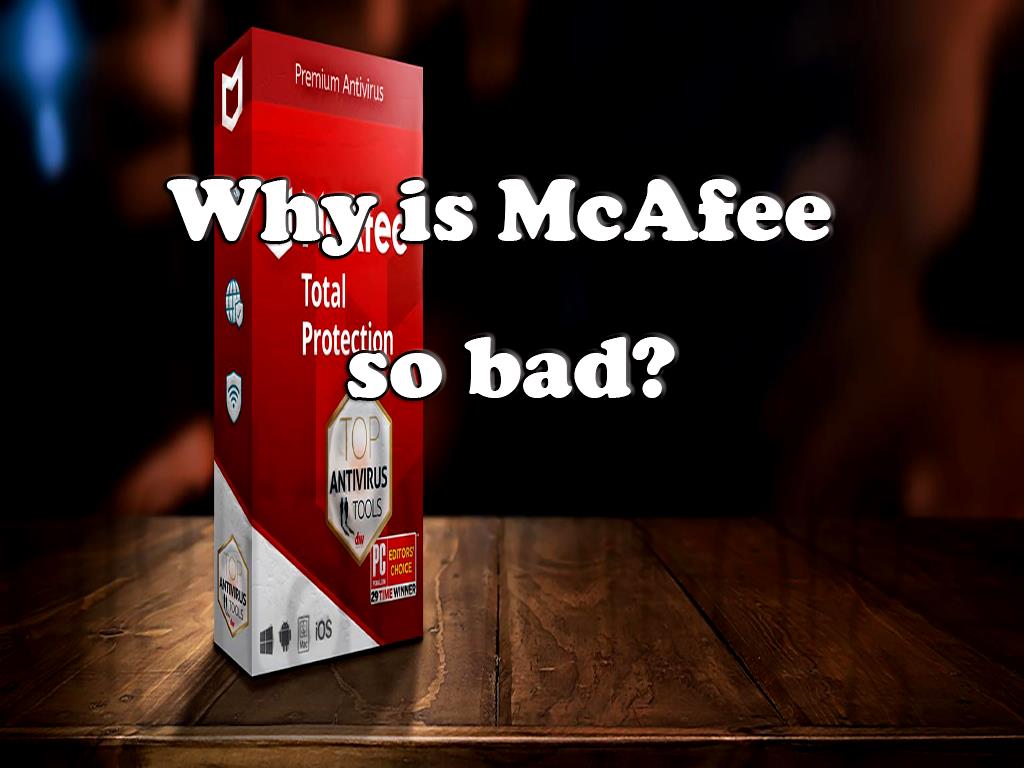 Lots of different users hate McAfee antivirus, and the reason is that it is not user-friendly at all, which has caused users to lose their interest and trust in this antivirus more and more despite the  high level of security  it provides, now we are going to explain the security features which it provides to you in the following.

- Safety which this provides:

This antivirus is one of the best available to deal with various threats. In simple terms, anything you need to secure your system can be provided by McAfee. This system is very complex and so powerful at the same time. It can protect the data in the best possible way and provides  a high level of security for the system, as well as allowing the user to continue its activities in a safe environment.

In this section, McAfee examines all empty spaces and cookies, and temporary files, and in fact, it handles everything in the best possible way. It can report cookies to you and some files you don't need, and you can continue your activity without them. Once it gives you a list of all the items which can be deleted, you have to take action and delete them as soon as possible.

It should be noted that profiteers who want to attack your system can also use this feature of  McAfee antivirus  to gain important information because it is accessible to hackers, so it helps them in this regard and causes them to hack the system as soon as possible. As a result, you need to delete the entire list quickly. To do this, you can use another feature of this antivirus, called McAfee's Shredder tool, so we are going to give a brief explanation about this feature in the following.

As you know, it is possible to access deleted files and use them, which can turn into  a security concern, because through these methods, hackers can gain access to information that is not accessible to the user, so this is the reason why you should delete the files which you don't need any more permanently by using McAfee's Shredder so that profiteers cannot use this method to gain access to your information, there have been many reports from various users to date which indicate that hackers have been able to do a lot of damage in the system by accessing information that the user is not aware of their existence, which is the reason why this feature can be very useful.

This tool allows you to maintain security without affecting your browser performance, and it should be noted that it should be installed immediately after  downloading McAfee.

One of the security features which this antivirus provides is Ransom Guard. It makes the system more powerful against various viruses. It provides an extra security layer than other  antivirus software programs  against any threat, which is one of the reasons why users were so interested in this antivirus in the beginning.

McAfee's Ransom Guard can detect the actions against the rules as soon as possible, so it can  increase system security  and eventually provide you with copies of the data, which are all protected. Hence, it reduces the possibility of data loss.

One of the issues that have  a great impact on increasing security  is choosing a strong password, which McAfee can help you in this regard to create a strong and secure password. Through this program, you can access two-factor authentication, which can also be very effective in increasing security because it will make the hacking process harder.

Why is this so bad?

This antivirus also has features that may not be very useful for users. For example, it can only be used in one browser. We can mention McAfee Web Boost in this regard which is a tool that is used to speed up the browser and prevents videos from being played automatically, and provides other features which ultimately won't have much effect on improving the speed of the browser and only works in Google Chrome, eventually, if you are using a different browser, you cannot use this feature.

But the main reason why many users hate this antivirus is that it has a high volume of advertisements. Especially if you want to use the free version, a high amount of advertisements will be displayed, which is so annoying, so this is why despite the many advantages this antivirus provides in establishing security and protecting information, it cannot attract users.

Another reason why users are less interested in this  antivirus is McAfee's QuickClean, which, as we mentioned in this article, shows you the empty spaces by listing them as well as unwanted cookies and files. The disadvantage of this feature is that these lists can be easily accessible to hackers. In contrast, the lists provided by other antivirus software programs are deleted quickly so that they are not available to profiteers.

This antivirus can also be a good option for mobile devices. Still, surprisingly, if you encounter any problems while using it, it will take a long time to communicate with its consumer support because you have to fill out a long form and wait for a solution to solve your problem, so this is one of the reasons why users are less interested in this antivirus because consumer support is one of the most important parts of a program and if users are not satisfied with it, they would prefer another one. 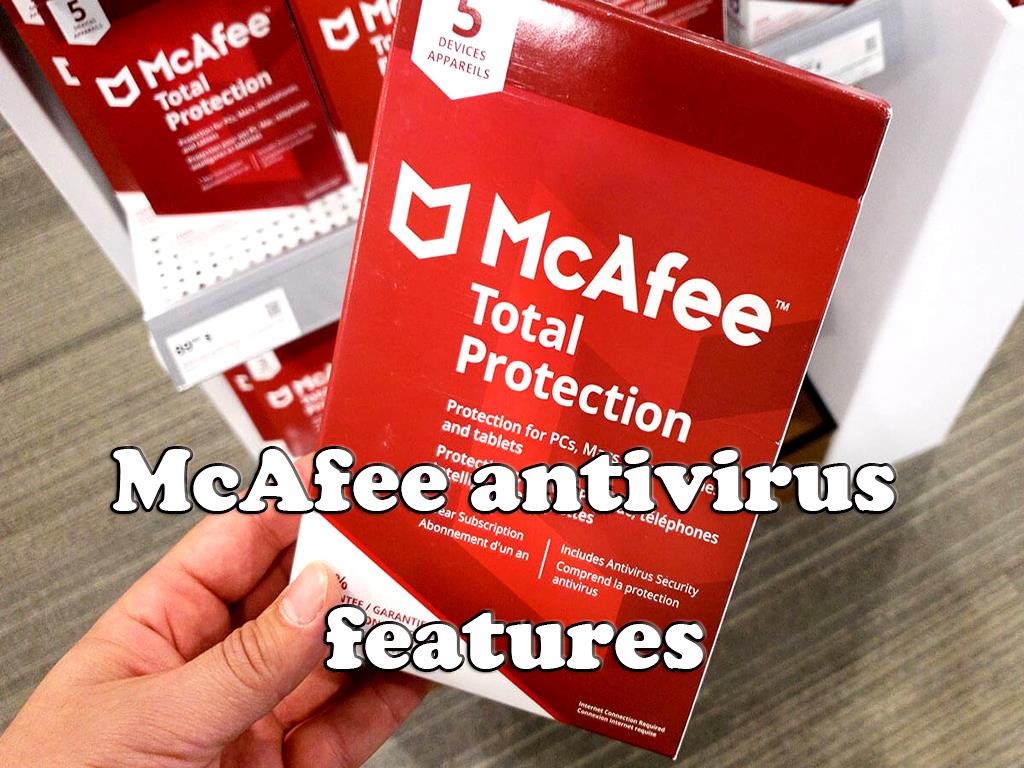 In general,  McAfee is one of the antivirus software programs  which can provide a lot of security for different users and has various tools that we have mentioned in this article, some of which are very useful, but it has some other features that make users hate these program include price confusion, making a list of cookies which is accessible to hackers, the need to fill out long forms in order to contact costumer service, high volume of advertisements in the free versions that can be so annoying, etc., which we tried to review all of them above, as a result, if you are looking for  a free antivirus software program  that gives you a good user experience, we have to say that McAfee cannot be a suitable choice for you due to the disadvantages that can make users lose their interest and trust in it, so you have to choose another free antivirus software programs which are so much better than McAfee, due to the fact that they don't have these annoying features, so you can gain a positive user experience by using them.

Click to audit your website SEO
Can DDOS affect your computer?
How to hack Skype account
Does Windows 10 need antivirus?
Is Norton Mobile Security good?
How does cloud security work?
What is the best Android game hacking app?
Is Google safe from hackers?
Can I become an ethical hacker?

What Is Whazzak? How to use it as a hack tool?
Is hacking server sided games possible?
Which app can hack any game in Android?
What are the negative effects of cybercrime?
What is antivirus and its types?
Easy way to hack Instagram account without password
Can thieves disable security cameras?
Methods hackers use to hack your bank accounts
What are the types of security?What is the main and important type of security?
Who is the No one ethical hacker in the world?
Mobile-app security checklist
How do I know if my Phone has malware on it?
Scroll to top