Hackers are people who have a lot of talent in the field of coding. Most of them are very interested in the python programming language to do their job, which we will discuss here.

Hackers are very interested in topics written in the field of technology, coding, etc... As you know, all systems connected to the Internet are exposed to various cyberattacks, and they do their best to find the security holes in your system and infiltrate it.

There are  various types of hackers, among which we can mention white hat hackers, black hat hackers, etc., all of which implement their desired goals diligently.

All hackers and programmers use different programming languages, such as JavaScript, Python, etc., and have a great deal of mastery in using them.

The topic we are going to cover in this article is more about the  Python programming language  and why it is so popular with hackers.

As we have mentioned, hacking requires technical knowledge, method testing knowledge, and a good understanding of the network.

Python is one of the most popular languages ​​used by various hackers. You may be interested to know that in recent years, more than a third of hacking attacks have been carried out by a malicious or legal tool encoded in Python, which has ultimately disrupted the security of many systems. 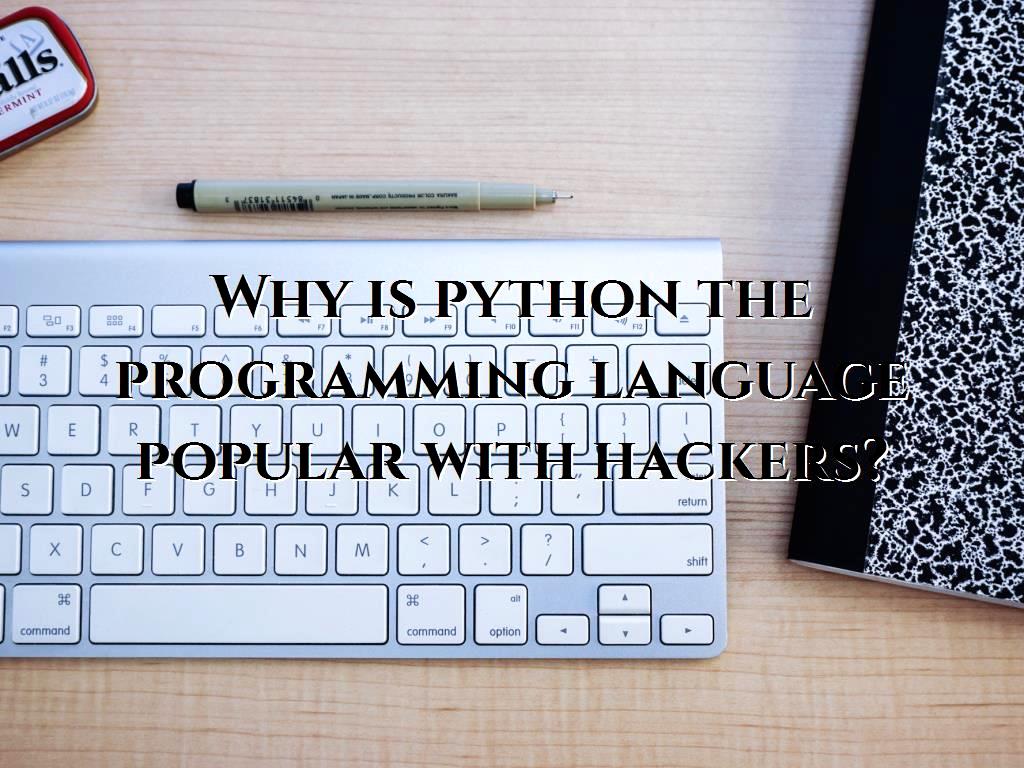 One of the reasons for the great popularity of the language is that it is easy to work with, which has made it possible for novice users to get started and try to use this type of language.

As you know, other languages ​​like C # and Java may be a little difficult for beginners, and they are not easy to work with, which is considered one of their disadvantages.

Another important point that should be mentioned is that this language allows hackers to focus on the solution instead of the syntax.

One of the features of this language, which has made it very popular among various hackers and software programmers, site programmers (In French:  programmeurs de sites  ), and other users, is its flexibility.

Another advantage of this language is that you can study, modify and distribute all the programs developed. This makes it easier for hackers to distribute programs with code.

One of the most important issues for hackers in choosing a language to write different codes is writing the code they want as quickly as possible.

In addition to hackers, programmers also prefer to use a language that can be used to  develop various programs at high speed.

Hackers can write a simple and readable command with a shortcode and achieve their goals.

-It is a dynamic language:

The dynamic nature of this language is that it allows developers to declare multiple variables simultaneously; thus, you can avoid wasting time with its help.

As you know, libraries are widely used in various languages. These libraries are a collection of pre-written code that users can optimize tasks.

This language has many rich libraries, among which we can mention  Scikit-learn, Ramp, NumPy, TensorFlow, PyBrain, Keras, Pandas, and others, which we will discuss in more detail below.

-Python is an object-oriented language:

This feature allows the hacker to hack easily and makes it easier for any  developer to build part-time applications  using organized classes and objects.

If hackers use this language, they no longer need to deal with low-level details such as protocols, sockets, or process/thread management.

Also, if we want to mention some of the best Python frameworks, we can name Bottle, CubicWeb, Django, Giotto, Pylons, Tornado, Web2Py, Dash.

Are white hat hackers also interested in this language?

This language is very popular among all hackers and programmers, including ethical hackers or white hat hackers, due to the rich libraries and the possibility of  creating programs with high speed  and other factors.

So far, we have mentioned the reasons for the popularity of this type of language among hackers. In the next section, we intend to explain some Open-Source Python Libraries. 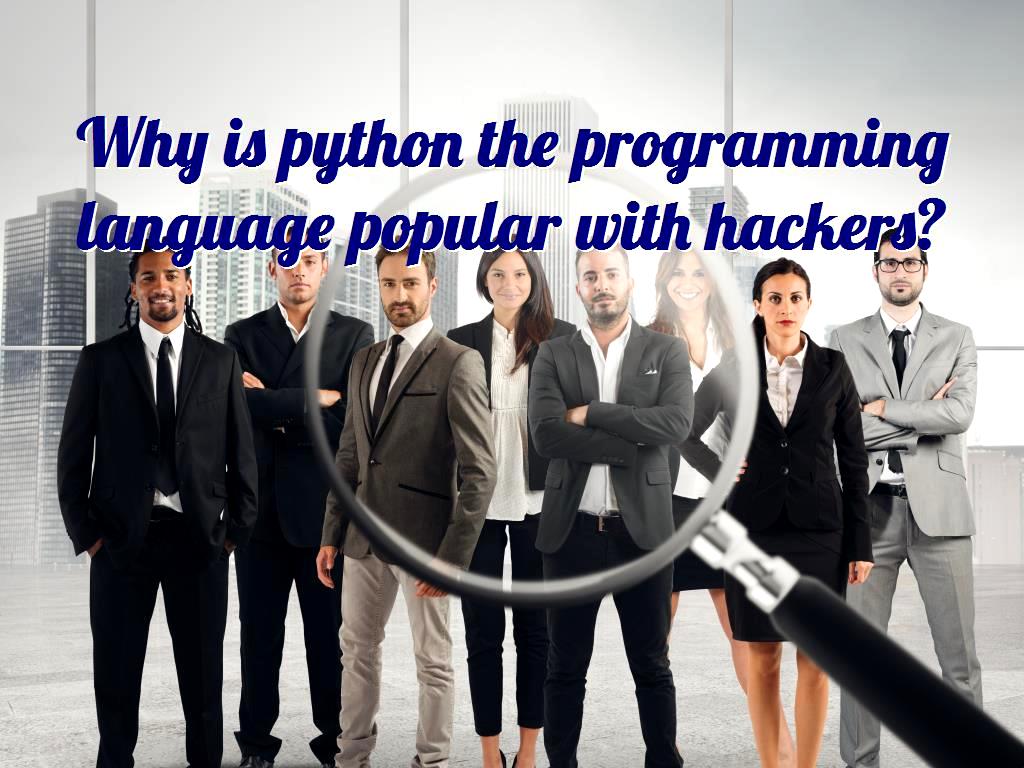 Open- Other Programming Languages ​​for Hackers:

This library can be used in conjunction with existing python machine learning and statistics tools.

The ramp is simply one of the Python libraries used to prototype machine learning models quickly and ultimately speed upcoding.

TensorFlow  was developed by researchers of the Google Brain team at Google's artificial intelligence organization, which has many applications in numerical computing.

All programmers and hackers use this library to perform complex mathematical calculations.

Another library in this language is Bob, developed at the Idiap Research Institute in Switzerland and had many applications.

This library is written with a combination of Python and C ++, which has many uses.

Keras is an open-source library that is very popular among programmers, researchers, and hackers. In addition, in connection with using this library in various sources, it is recommended that you install TensorFlow before installing Keras.

Using the Pandas library allows you to analyze different data easily, which can help speed upcoding.

This library simplifies various calculations and makes them understandable.

The Seaborn library makes it possible to understand and plot various statistical concepts as easily as possible.

This Open Source Computer Vision library is used to process different images, and it is also possible to read and write images simultaneously.

Other Programming Languages ​​for Hackers:

As we have mentioned before, hackers use other programming languages ​​in addition to Python, which we will mention in this section.

Another programming language widely used among hackers, especially white hat hackers, is this language, which is being used to create programming scripts and check systems' security.

SQL, which stands for Structured Query Language, is the most common language which is used to interact with databases, and as you know, important information is stored in databases, which may include bank card information, username, password, and other items, all of which are very valuable.

The abbreviation for this language is JS, which allows you to use it to  create dynamic content on the web, which ultimately makes a high interaction with the user.

Also, with the help of this language, very complex features can be easily implemented on the web.

Note that any program written in JavaScript is known as a "script."

As we have explained, this language has many uses, and besides hackers, programmers are also very interested in it.

There is an example of coding by using this language in the following.

Assembly programming language is very useful for all hackers, and they prefer to use it to infiltrate systems and implement their goals.

It should be noted that unlike Python, which is effortless to learn, learning this type of language is difficult. 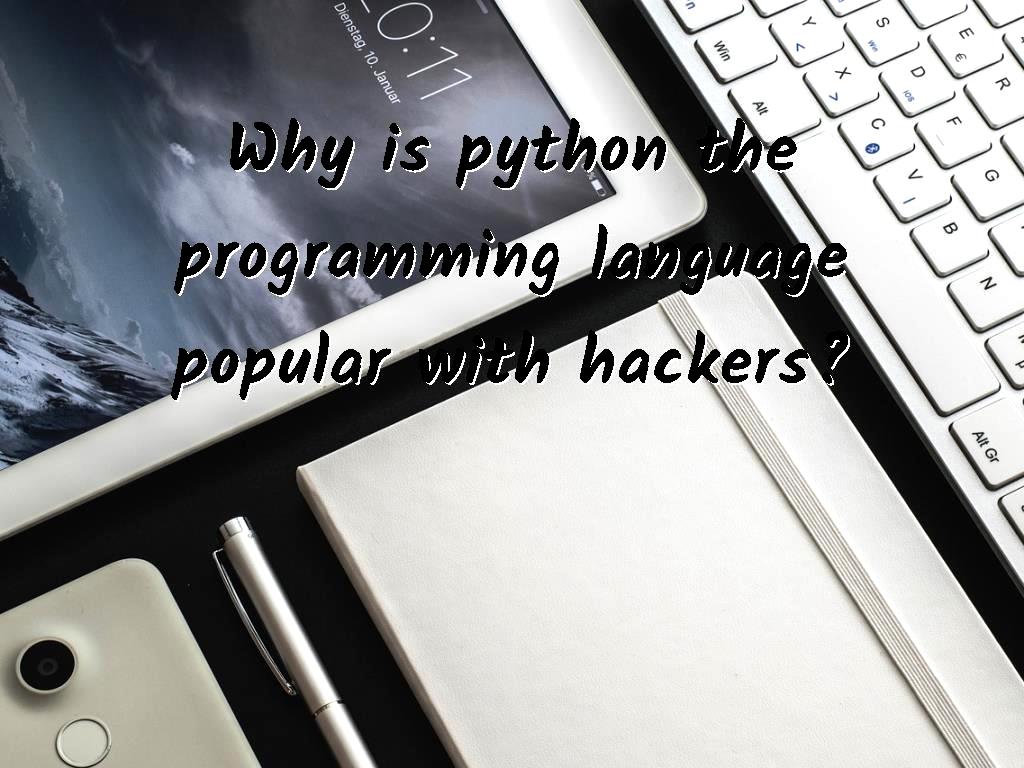 In this article, we have tried to explain the reasons for the popularity of the Python programming language so that you can  increase the security of your system  with more awareness.

As we said, because of the open-source nature of this kind of language, hackers can use things that other hackers have already made, which is very important.

In addition, we have explained to you several rich libraries in this language that is used by programmers, hackers, and other people for faster and easier coding.

Website SEO analysis services
How do I strengthen my security system?
Why is data security so important?
Do I need mobile security?
How can we increase security using PHP
Why do hackers target social media?
Are virus attacks increasing in frequency?
Mobile-app security checklist
Why is security camera important?

Is hacking server sided games possible?
Is it possible to hack online games in Android with a cheat engine?
What is privacy and security in ICT?
Easy way to hack Instagram account without password
What are the types of security?What is the main and important type of security?
What Is Whazzak? How to use it as a hack tool?
How do you stop warzone hackers?
Is cyber security the future?
Is It Okay to Use Bot, Hack, Mod, or Cheat to Progress Faster?
Can I hack PUBG?
How to hack PUBG mobile 2021?
Can you install cracked apps without jailbreak?
Scroll to top