How to work with while, for and switch loop commands in Sass

Among the programming languages ​​that have a lot of fans, we can mention Sass, which we have taught how to work with while, for and switch loop commands.

Among the various programming languages ​​that exist, Sass also has many enthusiasts who prefer to use it to program faster. Note that before you learn this language, you need to master HTML and CSS, which we will explain of them briefly in the following section.

Sass was designed by Hampton Kathleen and created by Natalie Weizenbaum in 2006 and has attracted many users to this day. Sass stands for  Syntactically Awesome Stylesheet. It saves time by reducing the repetition of CSS, which we will cover in more detail below as well. 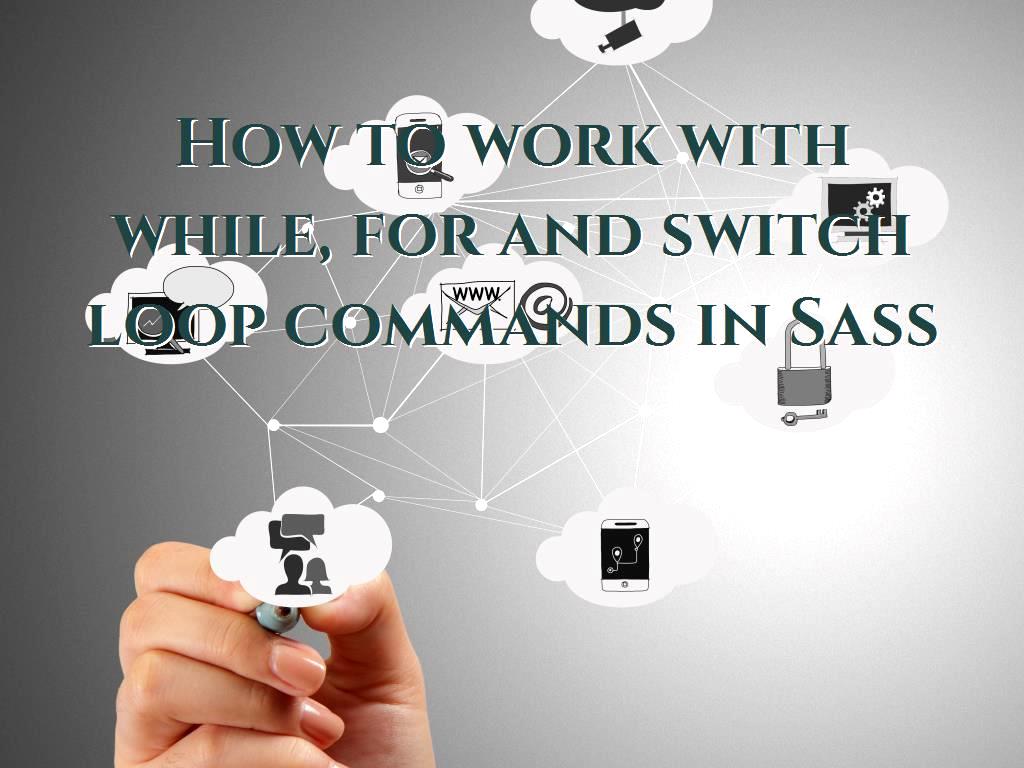 HTML stands for  Hyper Text Markup Language; it is a language that is often used in the design of web pages. In fact, in this language, all the code is converted to HTML and displayed by the browser.

It describes how HTML elements will be displayed on various sites, simply put, if you think of HTML as the skeletons of a human body, CSS can be thought of as the flesh and skin that ultimately make up a human appearance.

It can be used to  control the layout of multiple web pages at the same time. If you couldn't use CSS or if it didn't exist, you wouldn't even be able to imagine how ugly the web world would be, and users would be tired of navigating it, and they would not be willing to spend long hours in it to get the answers they needed.

It stands for Syntactically Awesome Style Sheets, with the help of which you can create style sheets as soon as possible. It also helps you to be able to keep everything organized, which you can do all of them with installing it quickly because, in addition to the positive points which have been mentioned above, it also has more advantages that attract lots of users to it.

The important thing about it is that it is compatible with all CSS versions. The most direct way to make this happen is in your terminal. Once Sass is installed, you can compile your Sass to CSS using the sass command. You will need to tell Sass which file to build from and where to output CSS to, for instance, running sass input.scss output.css from your terminal would take a single Sass file, input. scss, and compile that file to output.css.

So far, a question may come to your mind, which is: why you should use Sass? We have answered this question in the following section in more detail.

Why should we use Sass?

The answer to this question is clear, all programmers are looking for a language that can provide them with more features, so it is enough to remind you that with the help of this language, you can take advantage of many features that you cannot do so in CSS.

Among these features, we can mention nested rules, mixins, imports, inheritance, internal functions, etc., all of which are features that the use of each one can help you write a better program as soon as possible.

Furthermore, another feature for programmers is that you can easily maintain stylesheets that are complex and difficult to maintain.

To understand how to code with this language, it is better to pay attention to the following example.

In the following, we will deal with the main topic of this article and work with a while for and switch loop commands. 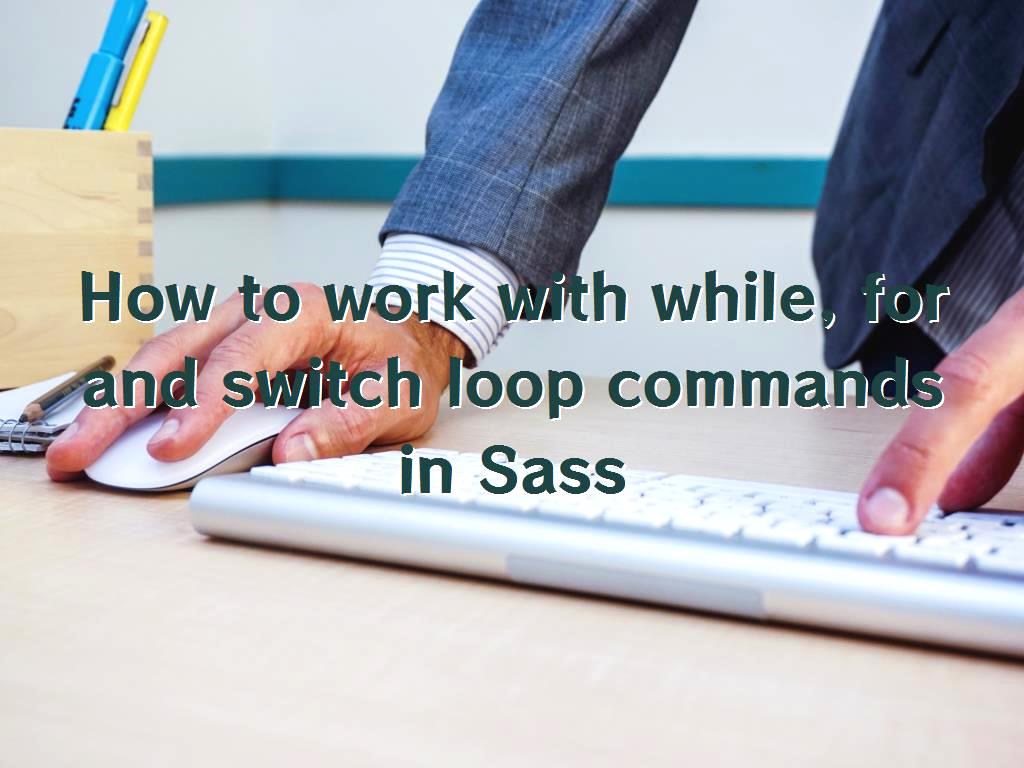 To illustrate this, consider the following example, at this point, think that you want to print a style for eight columns and each column has a different width; finally, it may be difficult for you to code in such a situation, in which case you need to use for loop to make your job as easy as possible.

Now consider another example in this regard for a better understanding.

In the example above, we want to create four heading styles with the font sizes from the list, so we iterate from 1 through 4 with $ I as our counter variable.

We create a h element with the counter as the heading number in the code block. We use the counter again to get the font size out of the list into the property.

With each iteration, the counter will increase, and both add the number to the h and assign the correct element value to the property.

In general, this is done by using work by consuming an array. Arrays in Sass are called lists, now consider the following example in this regard.

This loop is executed when the condition is met correctly. To understand this better, it is necessary to pay attention to the following example in this regard.

To understand this more, you need to pay attention to the following example.

To understand this part better, you need to pay attention to the following example: 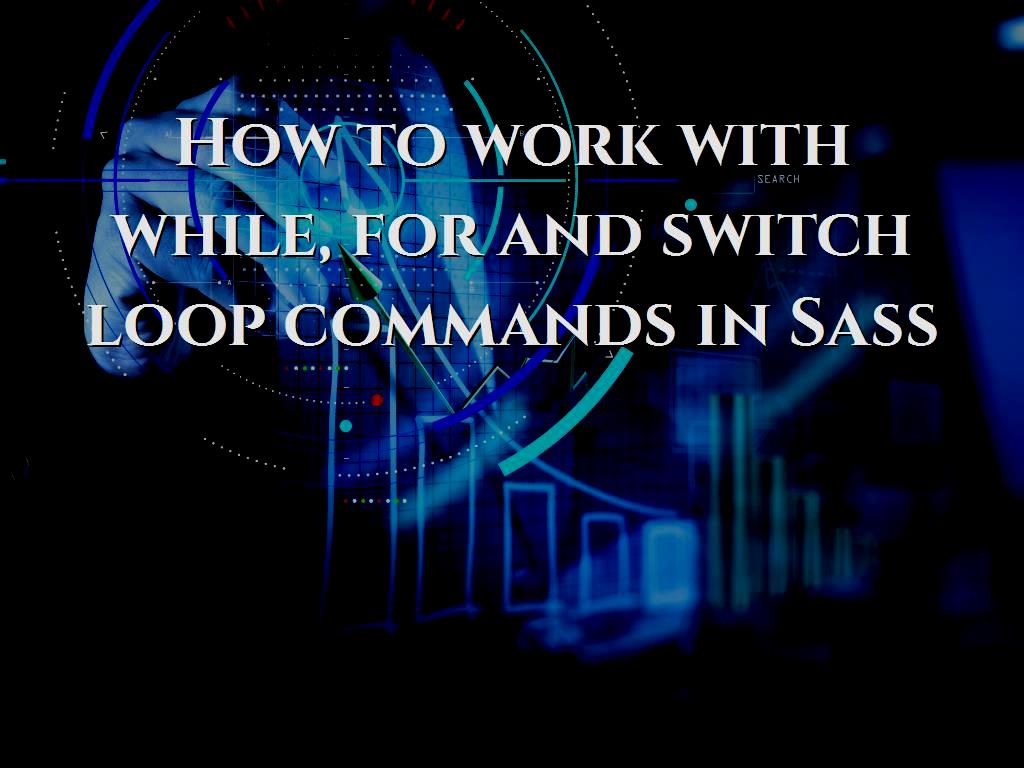 In different programming languages that exist, there are not many different features necessary to have  good programming, and you should have the necessary mastery over each of the available items so that you can  create a program  that users like. Finally, they can gain a positive user experience from using these programs, which is why in this article we have mentioned Sass and also the way to work with a while,  for and switch loop commands. We have brought you information that we hope this content can be useful for you. You can make the most of it.

Click to analyze your wesbite SEO
How to Register a site on Google Webmaster Tools? (Search Console)
Google Caffeine Update and fresh content indexing
6 Tips to Hire the Best Services in Software Development
Optimize your website with Gray Hat SEO
What is JavaScript web programming language?
How to optimize coding speed in JavaScript
Website monitoring tool
Social Networking Mistakes that will ruin your SEO

Google Trends Tutorial
Competitors Analysis in SEO
What is Google Honeymoon, and what is its reason?
The importance of content length in SEO
Applied technique to increase site comments
Semantic mark training, Semantic time and Semantic meter in HTML
Scroll to top