There are many topics in CSS that in this article we will focus on navigation bar, photo gallery, image opacity and transparency so that you can improve the appearance of your site.

Surely you know that users who deal with different sites are increasing their awareness day by day and have the power to recognize which of the existing sites gives value to their users and which one is just thinking about achieving their goals, for different users to like the appearance of a place and choose it among the others, you should try to create a suitable appearance for it. There are several ways to do this, one of which is CSS language.

There are various features in this language that can be mastered to encourage various users to use  the web and applications  that you have created; in the following, we are going to mention some of the features that exist in it and can be used, but before that, it is necessary to give a brief explanation of CSS. 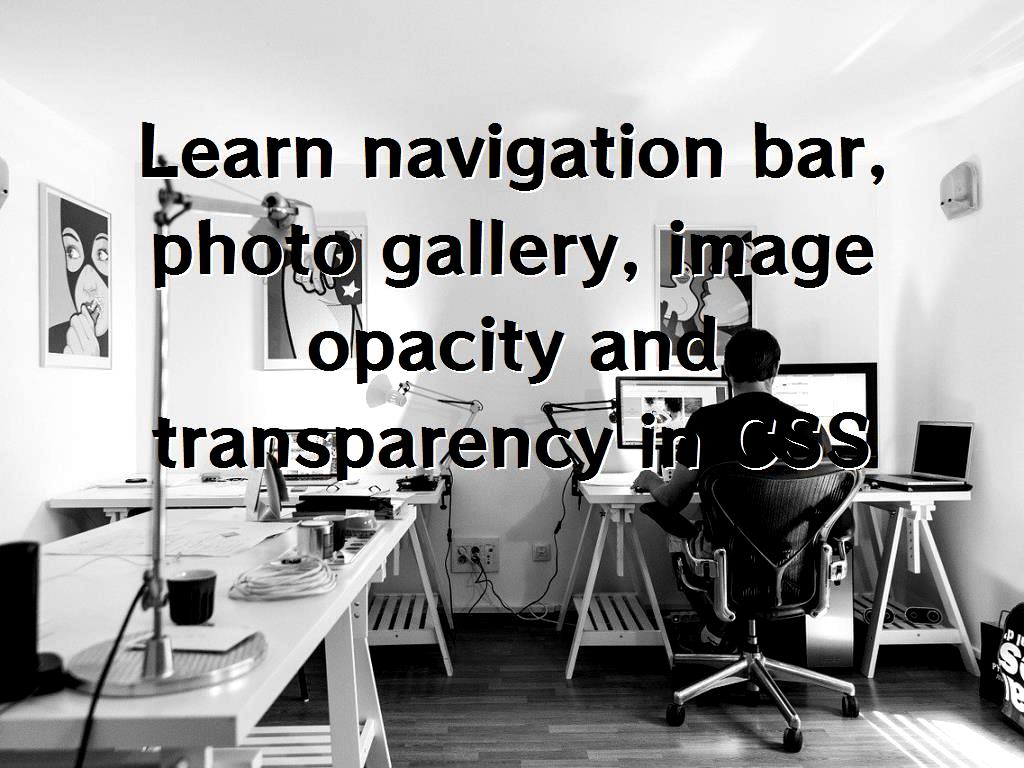 The word stands for  Cascading style sheets; in fact, it describes how HTML elements are displayed on various sites, it is used to control the layout of multiple web pages at the same time, and as we have mentioned before, using it can  make the website more attractive to users, as a result, by using it, you can attract users' attention so that you can achieve your goal as soon as possible.

As you can see in the example above, next to each of the items in the bar, there is a bullet that you can use to remove each of them from the following command.

It is available in both horizontal and vertical, which we will briefly discuss in the following. 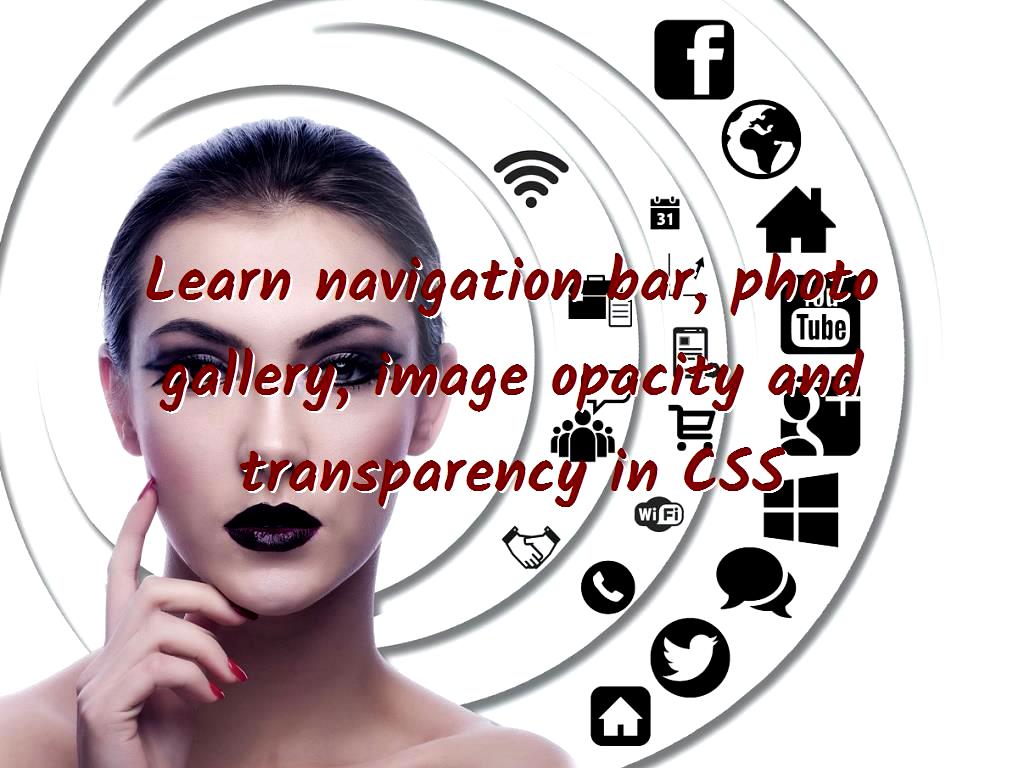 To create this, you can add tag elements to the list, which you can see in the example below, to understand it better.

If you want to add more charm to the bars you have created, it is possible to add backgrounds, margins, etc., to each item in the list to add to its beauty by performing each step.

You may want to import them horizontally, in which case you can do so in two ways, by using inline or floating list items; now consider the following example in this regard. 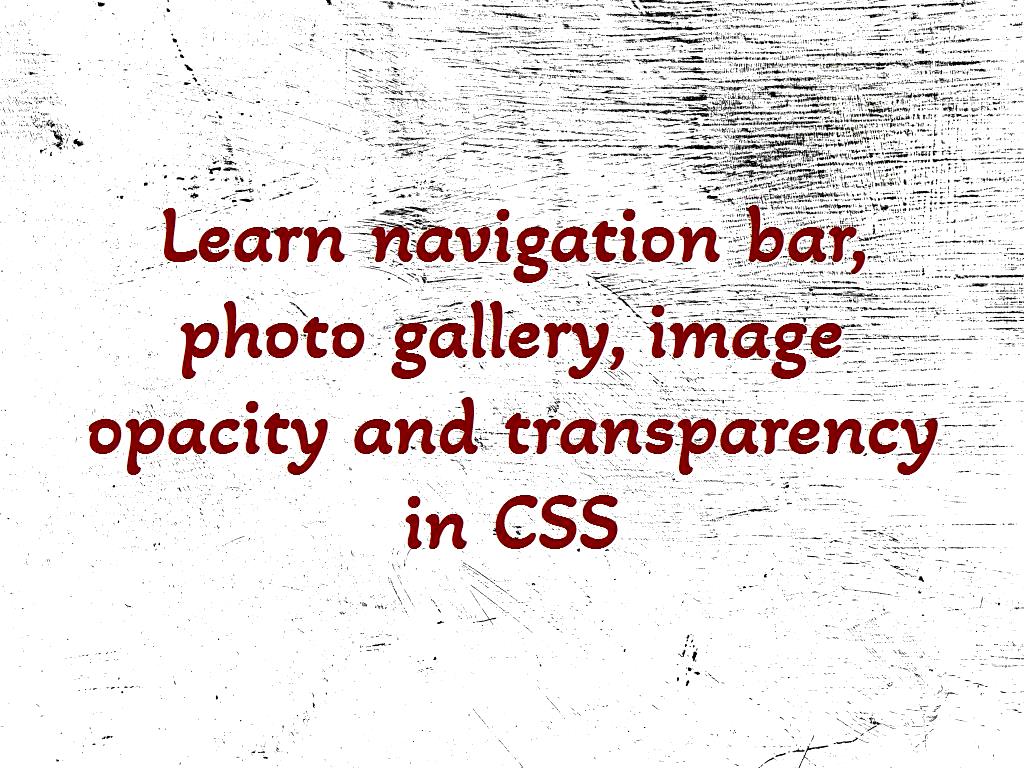 Another feature in this language is the photo gallery that you can use to  beautify the appearance of the site  and also provide the possibility for users to gain access to these items easily here; consider the following example.

As you can see in the example mentioned above, it is possible to include as many images as you want in any size and with any feature you want so that different visitors who read the content can use them.

Another feature of CSS that we intend to explore is that it can be used to determine how blurry or transparent an image, background of an element, or box should be; to determine its opacity and transparency, you should use values ​​between 0.0 - 1.0, here you have to consider the following example.

Another thing that we have mentioned at the beginning and can be used in this property is to add it to different boxes that exist in the same content, now pay attention to the following example.

You may want to consider the blur or transparency that you create for the background of the element and do not want to affect the text; to do this, you have to do the code as follows. 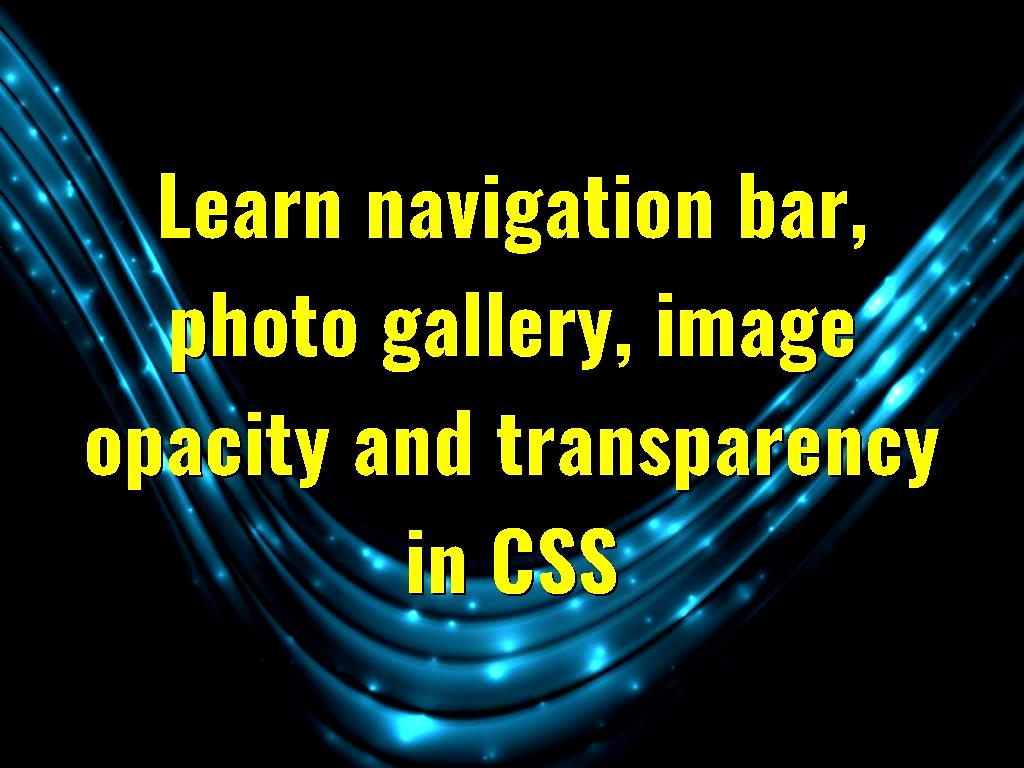 In general, there are various features in CSS that, when you use it, you can add to the attractiveness of the content and make it possible for people who view the content to have a positive user experience, some of which we have discussed in this article. We have also given examples of each so that you can understand the explanations of each one better.

Click to analyze your wesbite SEO
Internal SEO tips that you should know
Ways to deal with negative SEO
How to increase your click through rate or CTR?
Difference between CTR and impression
What is internal site SEO?
What is ReactJS, and how is the ReactJS environment set up?
How to add a banner to WordPress?
10 Important Tips in SEO Content Optimization

List of Google algorithms for search results
What is spam score and what effect does it have on SEO?
The Impact of Alexa Rank on SEO
What are elements in jQuery and how to select on ID,class and inheritance?
Google Chrome plugins for search engine optimization (SEO)
Google HomePage Secrets
Responsive web design and its importance
What is JavaScript web programming language?
What is JSON, and what is its coding structure?
Principles and rules of internal and external linking
Does domain age affect SEO?
Knowing Google Panda Algorithm can help you avoid Google penalties for SEO
Scroll to top