explanations and syntaxes are topics that are very important that in this article we have explained them in JavaScript web programming language.

JavaScript is one of the most popular programming languages. One of the reasons this language has attracted so many fans is that it turns the web and various applications from static to dynamic. When this happens, users can interact more and ultimately gain a better user experience.

This language is one of the things that have a great impact on attracting users, so that, as the number of web visitors increases,  site traffic and ultimately site ranking in the search engine results page will increase as well, which can have a tremendous impact on being successful, so that the owners of various programs and sites always try to get help from this type of language to attract more users to their websites and programs, which is one of the main goals of programmers. As a result, this language is being widely used. In this article, we will explain JavaScript as well as the rules for creating JavaScript programs. 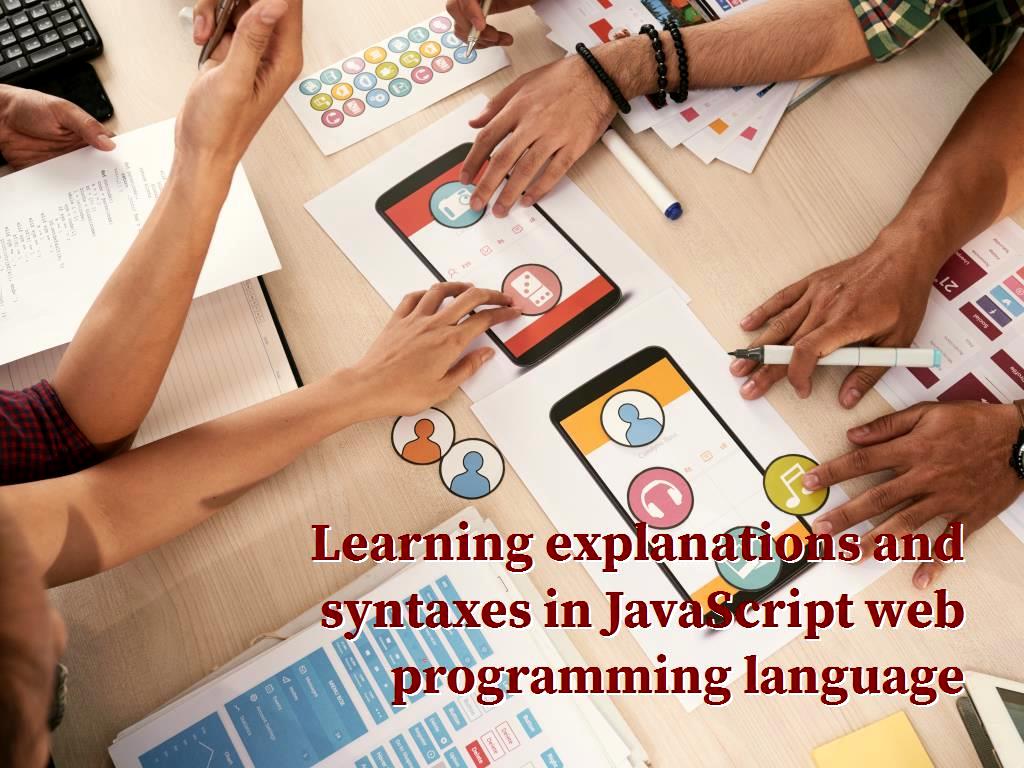 It is a language that is used to implement a variety of complex features in web pages so that it causes complex applications to run on web pages which attracts the user to those pages. Here you can see an example of using this language.

How to learn JavaScript language?

Studying can help you learn this language a lot. Still, to fully specialize in this field, it is necessary to pay attention to the various examples that exist and try to rewrite them by yourself. After enough practice, you can finally do it because when you do it by yourself, you will realize how much you have learned, so that by doing so, you will increase your ability over time.

Simply put, learning this language is one of the steps that every programmer has to take. In addition to this language, it is necessary to master other languages such as HTML and CSS to achieve their goals.

In which cases can this be used?

- One of the most important uses of it is that it is used to solve some problems, for instance, it causes things to be done at a higher speed so that if it did not exist, to solve problems, you had to send information to the server, and when the problem is solved you could send it to the user again, which would be time-consuming and can be done by using JavaScript with higher speed,  increasing the speed of the website is also one of the factors that have a great impact on site optimization.

- All browsers support it so that when you  design an application  or site with it, you do not need to worry that some browsers may not support it. Internet Explorer did not support it in the past, but after a while, it added this language to its browser so that it could be used in all browsers.

- Another advantage of this language that can be mentioned is the programs that run on mobile devices. As you know, these devices have a lot of fans among different users these days. They spend a lot of time throughout the day using them, which is why the programs that can be run on it are also very popular, this language can be easily used for programming such programs, and perhaps this is one of the greatest features it has been able to create for users.

- Another case in which JavaScript is being used is to perform mathematical calculations, which can be done by using the many standard libraries that exist in it.

There are  a number of rules for making JavaScript programs called Syntax, which we will cover in the following. In general, they have two values, Literals, and Variables, the first of which, contains a constant value, and the second one, as its name implies, contains variable values. 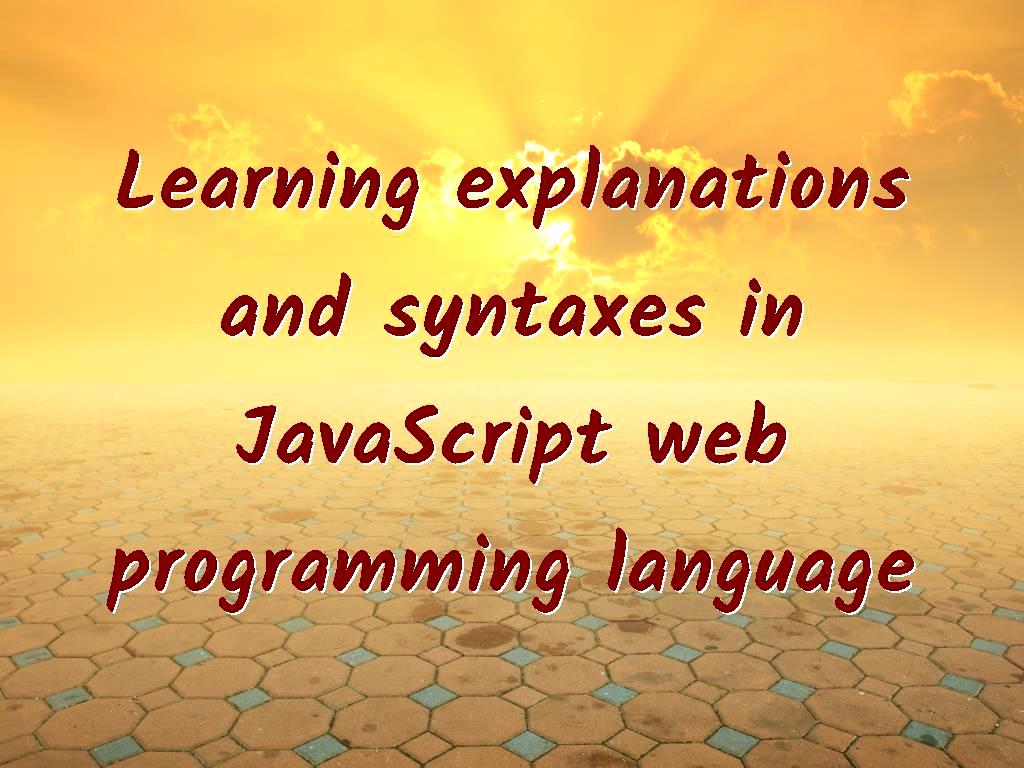 To declare these variables, the var keyword is used, which is being used to store data values. To understand it better, pay attention to the following example in this regard.

This happens when values, variables, and operators are combined.

One of the important rules in this language is paying attention to uppercase and lowercase letters in it. While working with it, you should also pay attention to the point that if a letter is written in uppercase or lowercase by mistake, it will be considered a different variable. 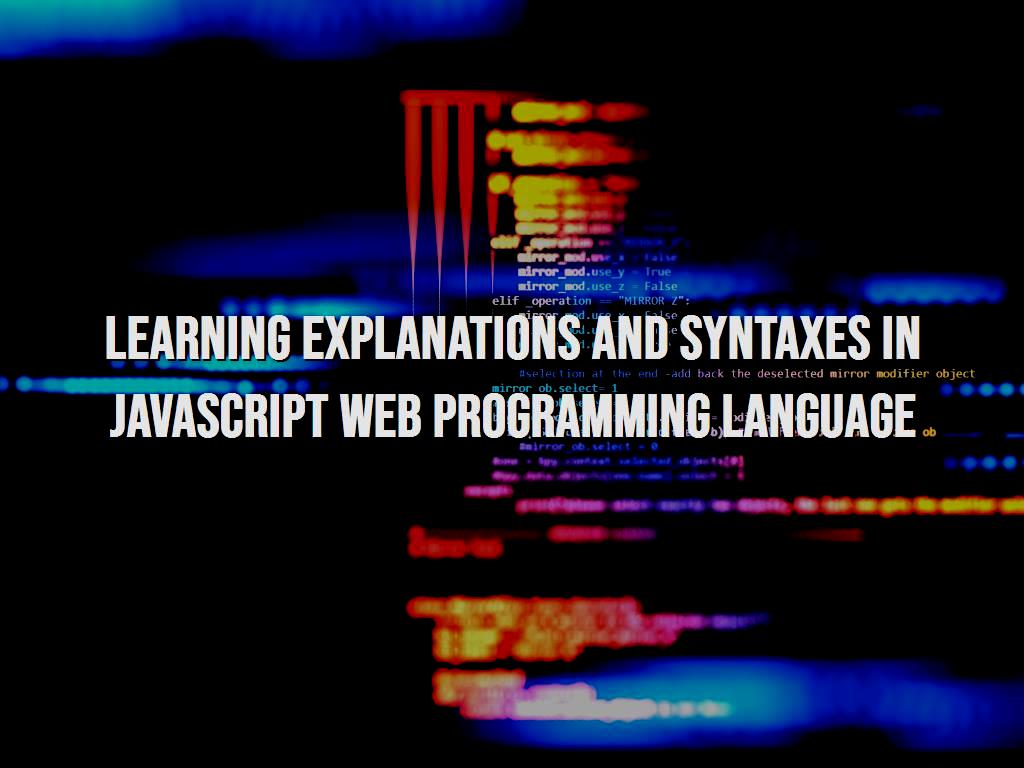 In this language, the general rule is that IDs are names, and you can never put a number as the first character.

Code after double slashes // or between / * and * / is treated as a comment, now consider the example below in this regard.

There are various rules in this language, some of which we have examined in this article. We have also given a brief explanation about the items that you can use so that you can consider all the contents and make sure you understand the importance of learning JS, then try to master it by reading the various articles as well as looking at the examples of each of the available features, so that if you pay attention to all the mentioned points, you can use this language in order make everything easier and faster because this language allows you to do everything faster. Another important feature of which we have mentioned above is that it can be used to program the programs that can be run on mobile phones and lots of other advantages mentioned in this regard. We hope this article can be helpful for you.

Click to analyze your wesbite SEO
Google Analytics easy tutorial
Teaching math object in JavaScript
How to update your WordPress site automatically and manually
Reasons why your site may not be indexed
The importance of images in mobile SEO
What is search engine marketing?
How can your website help your brand?
What is Google Page experience and its impact on your SEO ranking?

What are the important SEO tags?
What is the difference between SEO and CEO?
What is ipts (traffic spirit), and how can it affect your site optimization?
The Impact of Alexa Rank on SEO
Best 5 online tutorial websites - How to learn everything online?
What do Ahrefs DR (Domain Rating) and UR (URL rating) stand for?
How to use Stylesheets/CSS in Xamarin?
Online Store search engine optimization
How to improve and increase security and speed in WordPress
The impact of Twitter on SEO and website ranking on Google
What is on-page SEO and off-page SEO?
Introducing Google Chrome plugins for SEO
Scroll to top