Learning strings and methods related to the strings in JavaScript

Strings are items that exist in JavaScript, which are being used to store and manipulate text, in this article, we will give more information about it as well as related methods.

JavaScript is one of the programming languages ​​that are very popular among programmers, and they prefer it over other languages ​​available for this purpose. It is one of the languages ​​that they have to learn to achieve their goals by mastering it, and this language makes the web dynamic so that the user can interact with it better. As you know, in this case, the user is encouraged to  spend more time using the web and finally which is one of the factors that is of a great importance for Google algorithms  to  rank a website in the search results page, so that by using it, the traffic to your website as well as your  website ranking will increase due to its great impact on the success of the web.

In JavaScript, several things can be mastered to make good use of this language. Here we will explain strings and related methods, but before we get into the details, we need to give you a brief overview of JS. 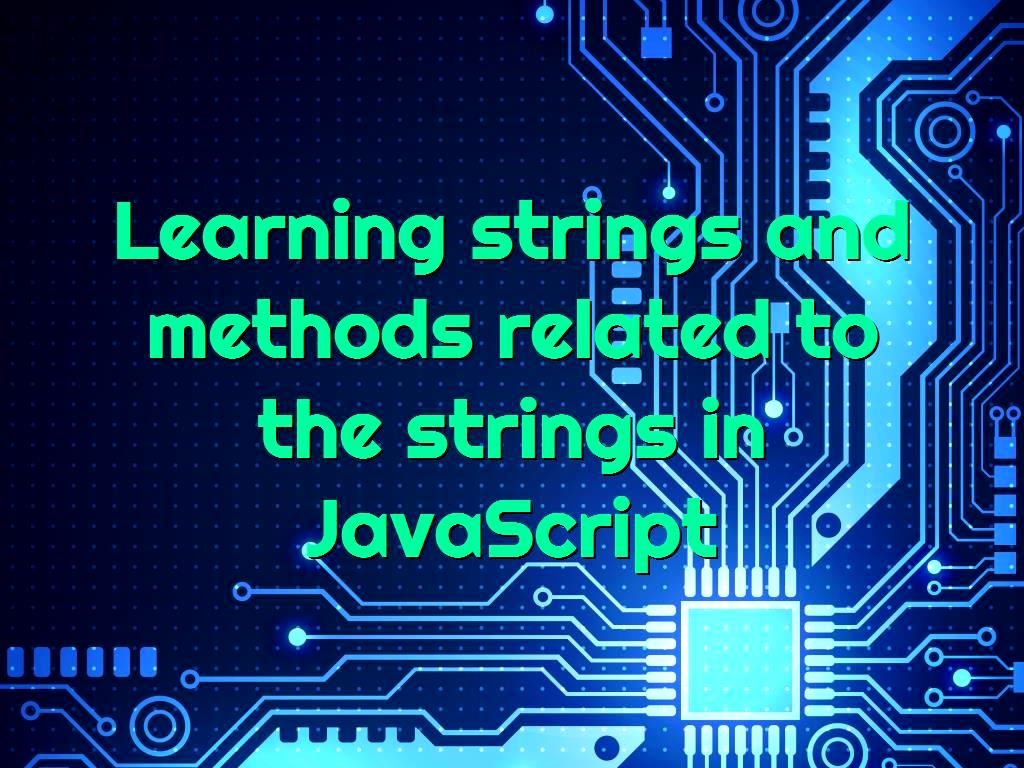 It stands for  JavaScript, and it is one of the programming languages ​​that can be used to implement complex features in web pages, which can convert a page from static to dynamic, and ultimately increases the interaction of users with the web, which is considered as one of the factors of being successful in this field.

Strings in this language store text and manipulate it, including several characters placed inside quotes.

You can also use single or double quotes:

One of the characteristics that strings can have is their length of it. To understand this case better, consider the following example.

As you know, in this language, strings need to be written within quotes, so when you use each item in quotes, it is assumed that they are all text strings, so if you don't want it to happen, it is to get help from Escape Character, now consider the following examples.

The sequence \ "inserts a double quote in a string:

The sequence \ 'inserts a single quote in a string:

The sequence \\ inserts a backslash in a string: 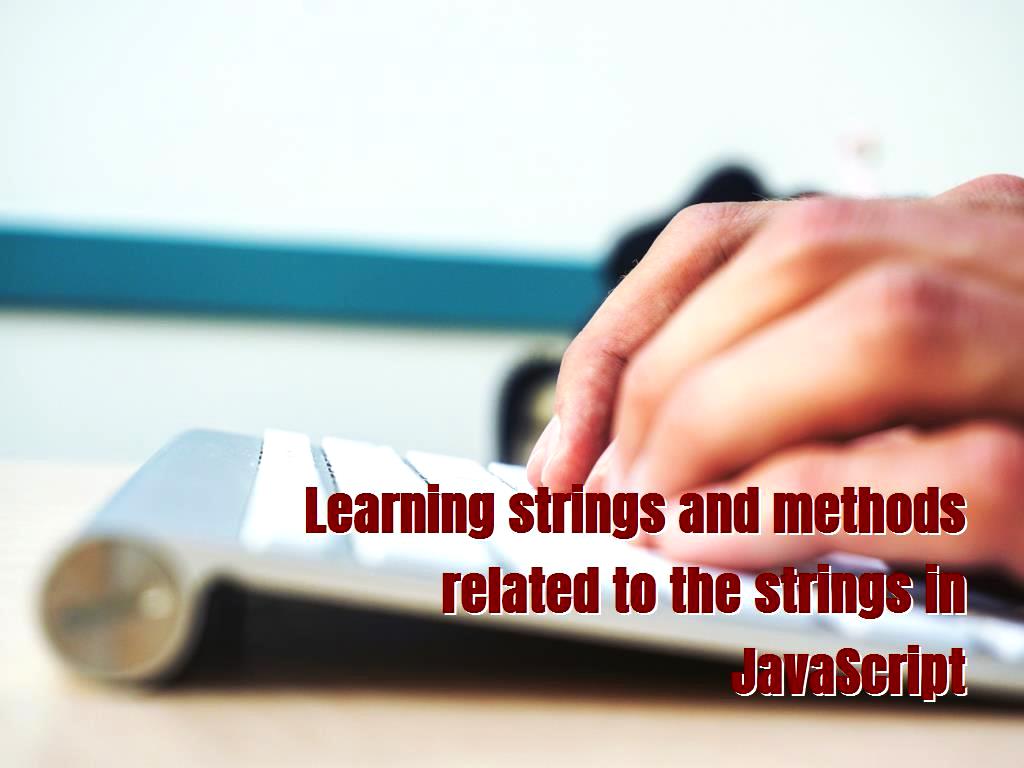 Strings can also be used as objects, for which they must be entered with a new keyword as follows.

Consider the following example in this regard.

It should be noted that you cannot do this with a backslash. 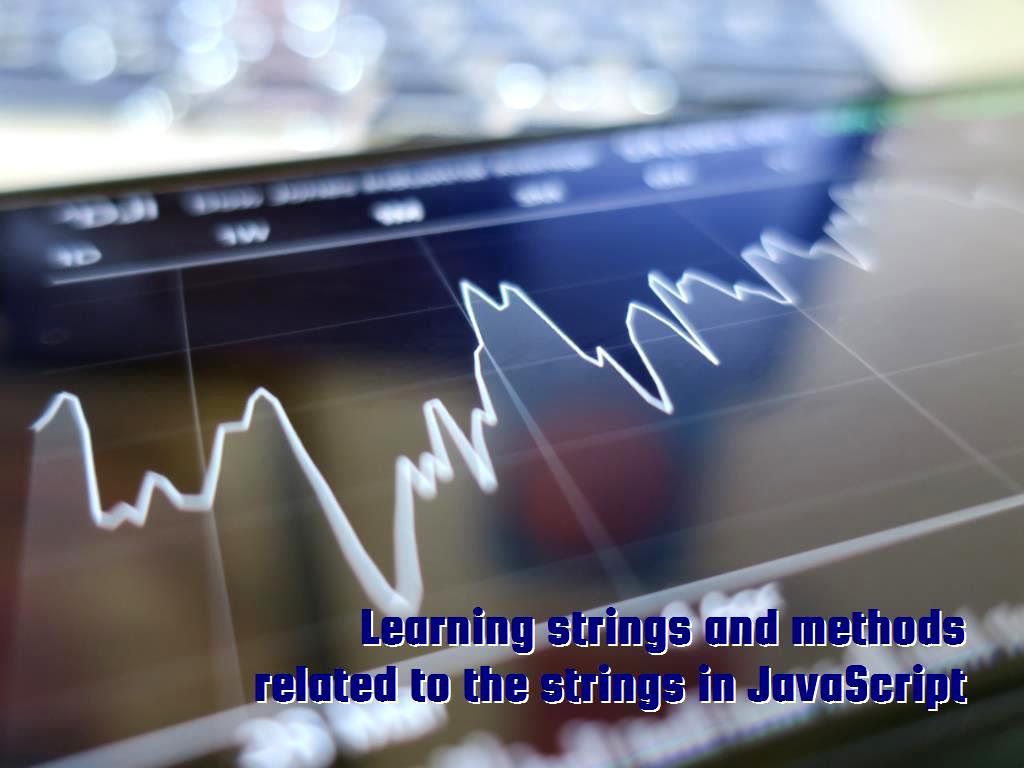 There are different methods in this regard, each of which is used to achieve a different goal, some of which we will discuss below.

This method is used to show the first occurrence of a specified text in a text string.

It is the other method that exists used to show the last occurrence of a specified text in a string.

They also use this method to search a string for a specified value and returns the position of the match:

This method is also used to extract part of the string and then return the extracted part in a new string.

This method is the same as the previous one, and it is used to extract part of the string and then return the extracted part in a new string, but the difference between them is that this method cannot accept negative indexes.

This method is similar to  the slice () method, and it is used to extract part of the string and then return the extracted part in a new string, but the difference between them is that the second parameter specifies the length of the extracted part.

As its name implies, this method is used when you want to replace a certain value in a string with another value.

To connect two or more strings, you must use this method.

There may be a space on either side of the string you entered that you want to delete, so you must use this method.

This is used to convert a string to an array. 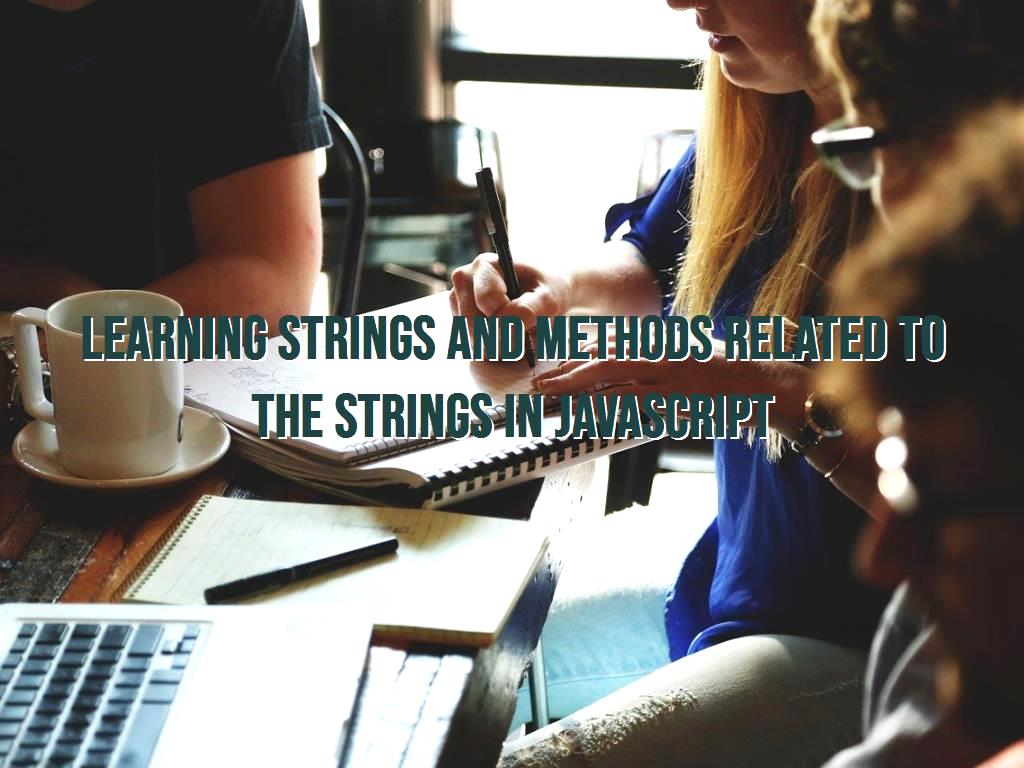 In general, strings, different methods can be used to change them, some of which we have mentioned in this article, the important point that has been mentioned in this regard was that in coding, you have to avoid writing a long code line because it complicates work and causes other problems.

Click to analyze your wesbite SEO
How to create a table and import the image in HTML
What is website analysis and the related report?
The best methods to build high-quality backlinks for website
Types of content management systems
Location, Navigator and Cookie variables tutorial in JavaScript
Introducing Google Chrome plugins for SEO
Semantic footer,Semantic nav,Semantic article and Semantic aside in HTML
How to use PR strategy to improve SEO?

Top 12 international online banking apps
What are the important SEO tags?
List of Google algorithms for search results
What is ipts (traffic spirit), and how can it affect your site optimization?
Google Chrome plugins for search engine optimization (SEO)
Canvas Rectangle, Shadow, Path and Text training in HTML
Learn hide-show and fade methods in jQuery
Google Possum Algorithm
How to create and add audio, and video files to WordPress?
Sass Tutorial - Installation and settings necessary to use Sass
Techniques to increase Google organic traffic for free
Best website analysis tools
Scroll to top