Learning to work with Directives Expressions commands in Sass

In Sass, you can enter commands that speed up the work process, in this article you will get acquainted with Directives Expressions commands in it, so you can work with it easily.

There are many programming languages, and each of them has its fans, with different features that you need to become more familiar with as a programmer, one of these programming languages ​​that has many fans among users is CSS, which as you know, in this language, there are various features, each of which is used by different programmers to be able to  do programming as good as possible.

Although Cascading Style Sheets can meet the needs of a programmer, it is still necessary to use Sass if essential to import very complex code and maintain it as well as possible, which is briefly explained below. Let's talk about language and how to work with  Directives Expressions commands. 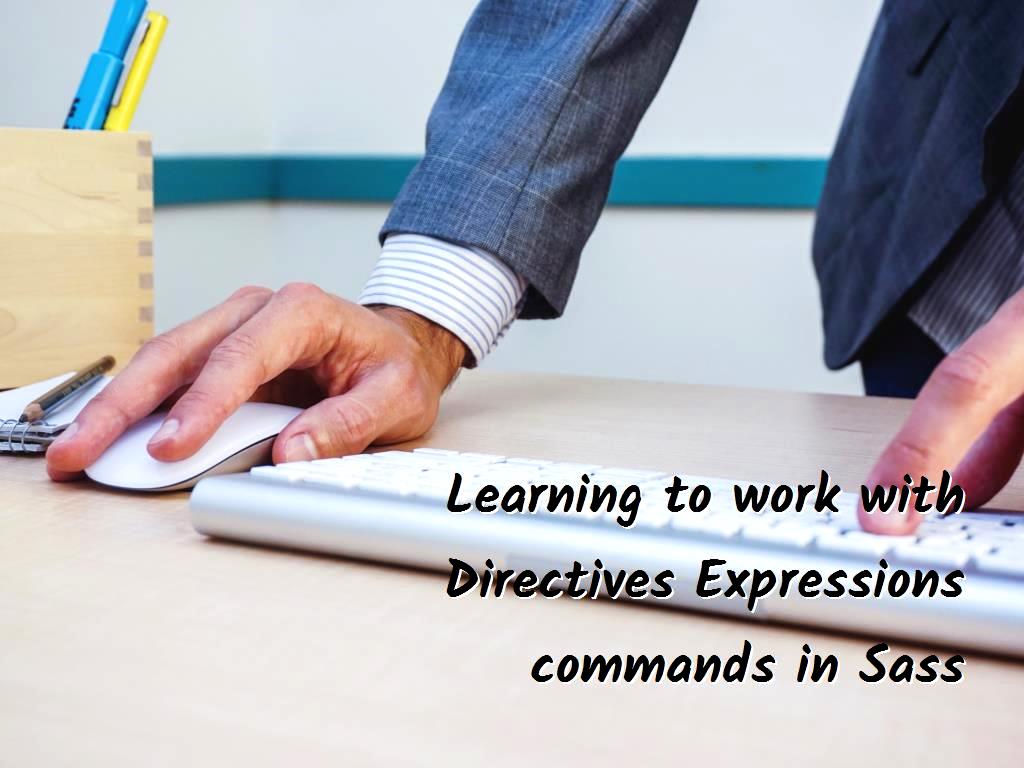 Sass stands for  Syntactically Awesome Style Sheets, and in simple terms, it acts as an extension for CSS and works so that you can use more features.

With the help of Syntactically Awesome Style Sheets, you can create style sheets very quickly and also help you to be able to keep everything organized, which you can encourage you to install. In addition to the mentioned feature, it also has more positive points.

The important thing about it is that it is compatible with all CSS versions. The most direct way to make this happen is in your terminal. Once Sass is installed, you can compile your Syntactically Awesome Stylesheets to CSS using the sass command. You will need to tell Sass which file to build from and where to output CSS to run sass input.scss output.css from your terminal would take a single Sass file, input.scss, and compile that file to output.css.

This section will briefly explain the control directives, which are, in fact, powerful tools. These commands are commonly used in mixins and are not used in everyday designs.

Another case in which control directives are being used are parts of the mixin that belong to the Compass library and therefore require a lot of flexibility.

We also need to remind you that with the help of these commands, you can use the same style several times with different changes and finally speed up your work. In the following, some of the available expressions will be mentioned.

This command examines whether the submitted condition is valid or not. If it is not valid, it looks at the following requirement and finally returns one of the two possible results as an output.

This command has many uses which are also of great importance, and different programmers try to create appropriate programs by mastering this section with the help of appropriate and good codes, to be able to  create programs  that users get a positive user experience after using them, now consider the following example for a better understanding:

The @if Directive command  accepts a SassScript statement as a parameter, and if the statement returns a value other than false, it will process the code containing its styles. This command evaluates the conditional statement and, if true, applies the styling commands defined below.

There are two types of @if directive: 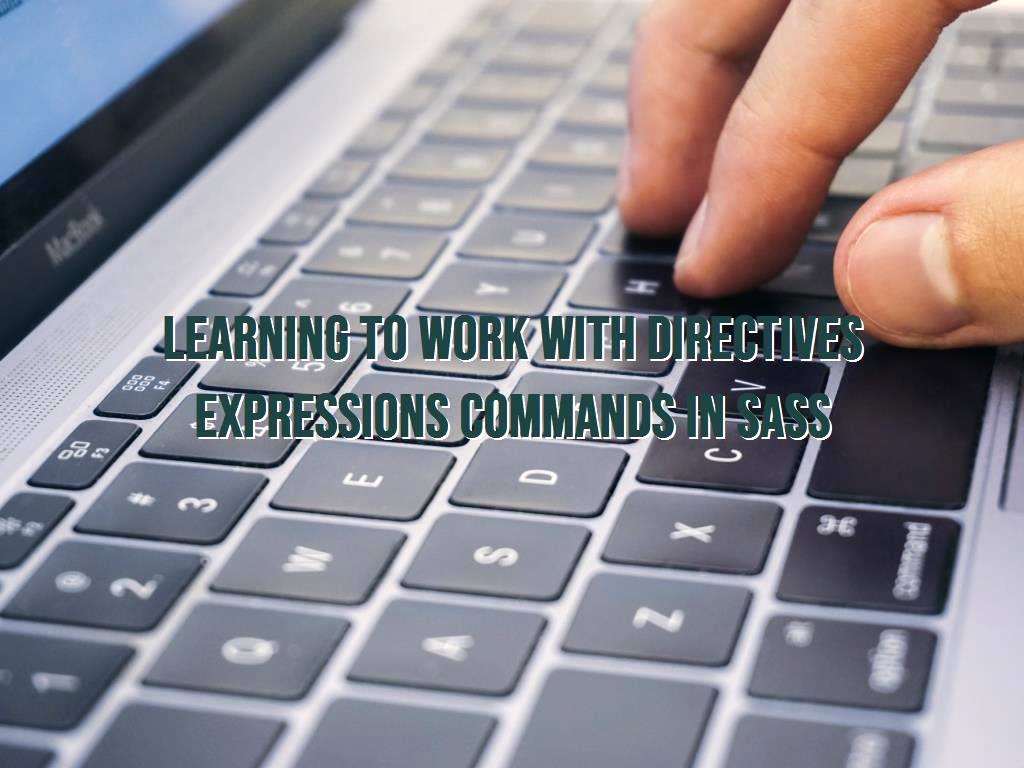 Now consider the following example for a better understanding:

If the @if Directive command fails, this command will be used instead. Consider the following example in this regard.

Let's give an example to demonstrate the usage of  Sass @ else-if directive. We have an HTML file named "simple.html," having the following data.

Put both files inside the root folder.

Another type of command that is being used is this one, which helps you to create a style in the loop. In fact, finally, you can use this command when you need a set of classes repeatedly.

Two types of keywords are being used for @ for directive, which are as follows:

@for Directive Example with "Through" keyword:

Syntactically Awesome Stylesheets @for Directive with "To" Keyword:

In the @for directive, the "To" keyword specifies the range form value before the deal.

Another command used a lot is this command, which is used to navigate the list and work with the items in it.

It is one of the commands that you need to pay attention to the existing examples to master.

So far, we have reviewed several commands in this language and given examples in this field so that you can understand the topics in this language better and use them with more mastery and awareness. These commands ultimately make the program you create by using these codes very attractive to different users. 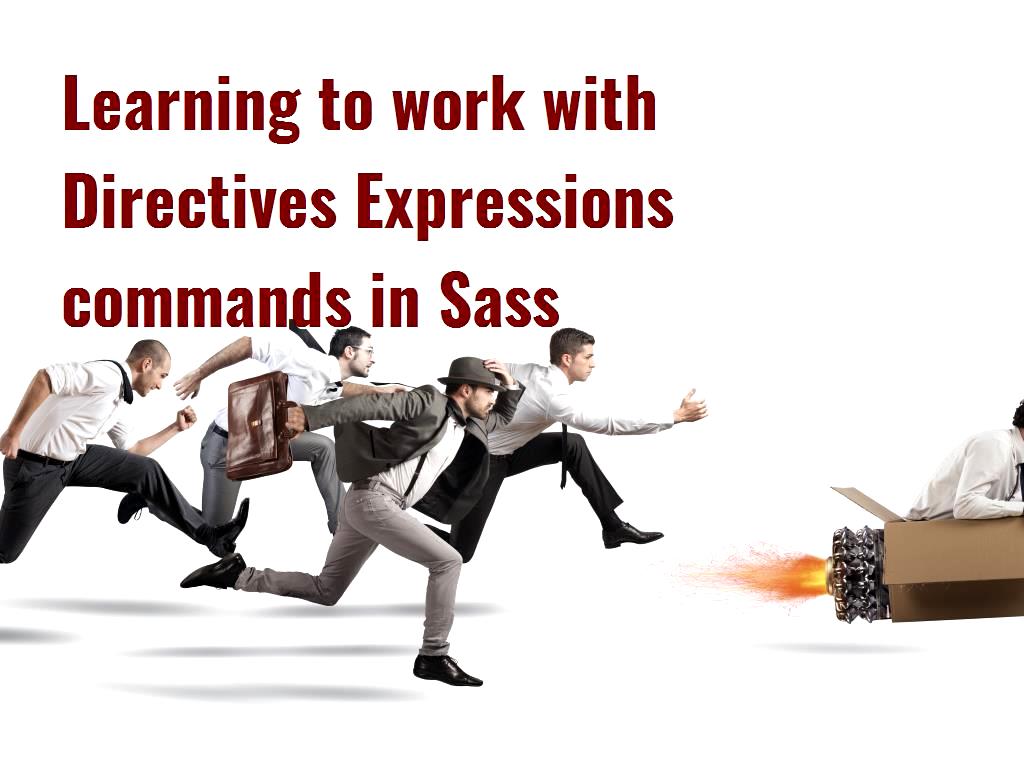 In general, in this article, we have reviewed the various control commands that exist so that you can use each of them if needed. As you can see, each of them is being used in different cases, which according to the given examples, you can use and achieve your goals. We hope you find this content helpful and that you can  create different programs  with the help of this language to provide a positive user experience for users.

Website SEO analysis services
RankBrain algorithm and its importance in future
What is HTML tampering?
Common Mistakes When Designing a WordPress Site
6 Tips to Hire the Best Services in Software Development
How to call function and closure function in JavaScript
What is the conversion rate?
The most important SEO trends 2020
Too many low quality backlinks as a big mistake

Best 5 online tutorial websites - How to learn everything online?
Canvas Rectangle, Shadow, Path and Text training in HTML
What is the difference between SEO and CEO?
What are elements in jQuery and how to select on ID,class and inheritance?
What is ipts (traffic spirit), and how can it affect your site optimization?
What is Google Pigeon Algorithm?
The most important Google algorithms for SEO
Site pagination and its role in SEO
What are Dwell Time and its impact on SEO?
Fake traffic and how google understand it from session duration and bounce rate
Does host server location have effect on SEO?
How can Social media affect your website ranking?
Scroll to top