JavaScript is one of the most popular languages, so due to its popularity and many features that it provides, we will mention the different types of variables and data types in it.

As you know, many programming languages can be used to implement various features in a web or application; among all the languages, one of the most popular is JavaScript; many programmers use it because it can eventually be used to make the user interact with the content better which is one of the most important factors in  attracting users to your websites, there are several features in this language that you can learn by mastering each of them in the best possible way, which we are going to examine variables and data types in JS. 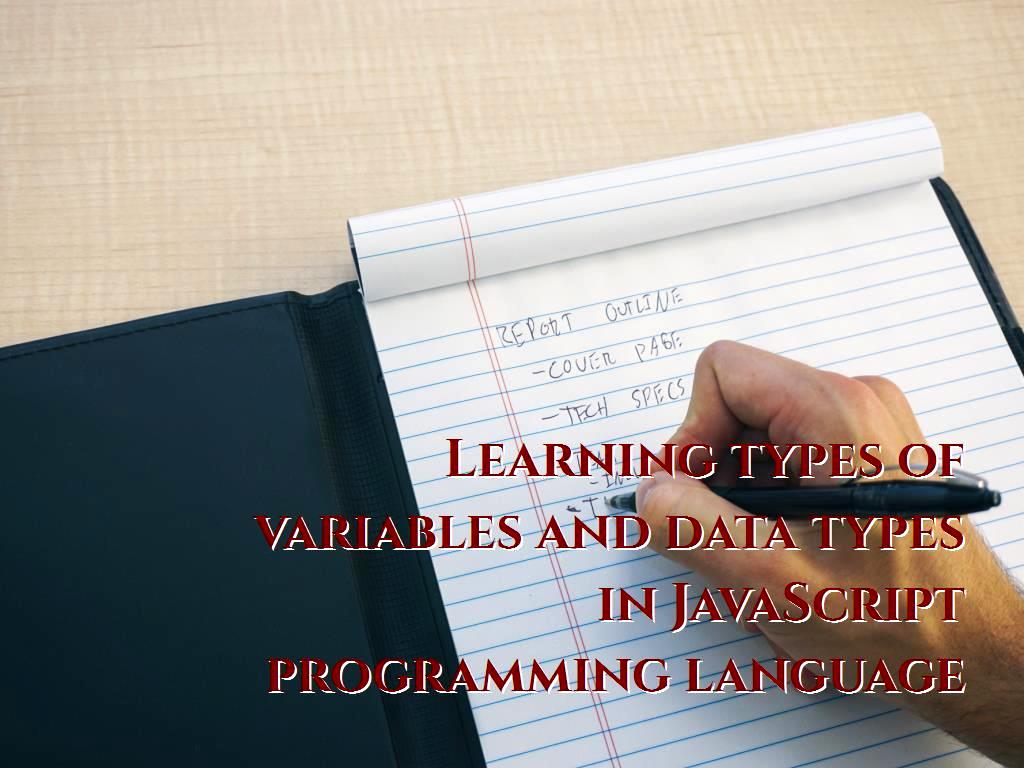 The abbreviation for this language is JS, which allows you to use it to create dynamic content on the web, which has very high interaction with the user, also with the help of this language, even very complex features can be easily implemented on the web, and the point that should be mentioned here is that any program written in JavaScript is known as a "script."

JS can be run on both browsers and servers. There are  JavaScript engines  in various browsers, which are embedded by JS scripts and can be used to convert the script into a language that can be recognized by various devices.

To store different amounts of data, you need to get help from it; to master this, we suggest you pay attention to the following example.

The case which we have mentioned at the beginning was the only way that has been used to store data values until 2015, but now other ways are being used instead, including let and const.

You must use this when you want to define a variable that cannot be changed again.

When the variable has a limited range, it is time to use this.

In this case, to try to store data values, you must use variables such as price1, for example. 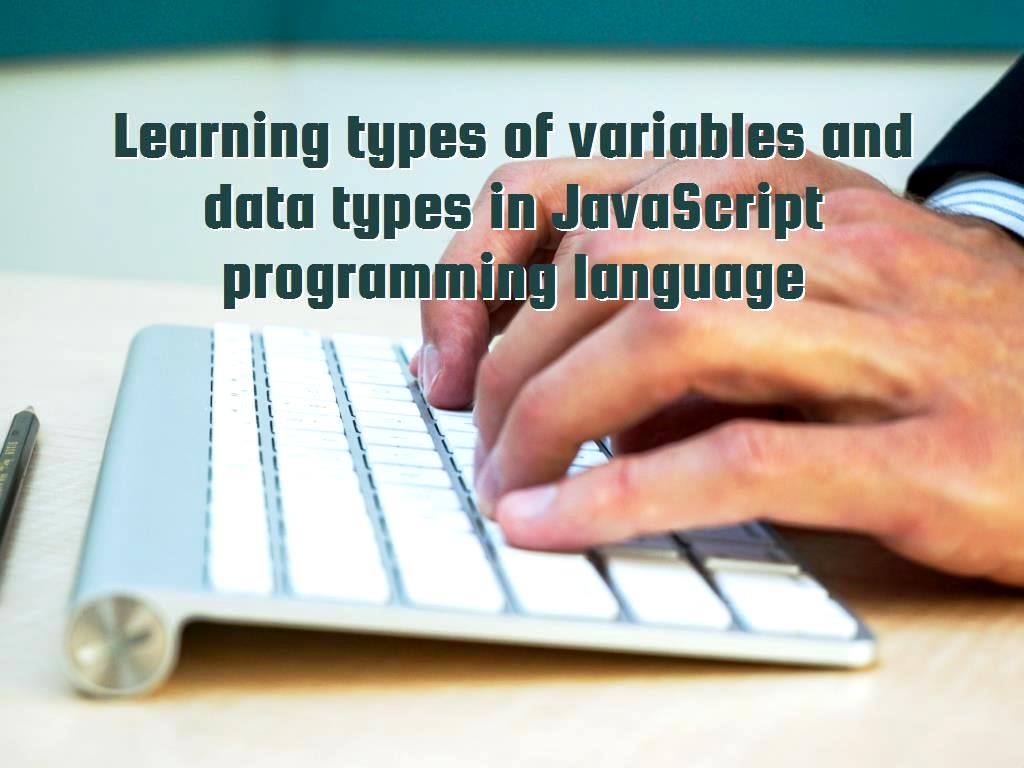 When you plan to take action in this area, you need to follow the rules, some of which we will explain below.

- Identifiers are very important, and in fact, they can be in the form of short names or descriptive names.

- While using names for identifiers, you have to pay attention to the uppercase and lowercase letters that are used in them because even with a large and small change in one of the letters, it is considered as a different variable.

- About the names being used, it is important that they start with a letter.

- It is possible to use Dollar Sign $ for import, now note the example below in this regard.

Underscore (_) may also be used to enter various data, which is mentioned in the example below.

In  JavaScript, data can be in lots of different forms; they can be in letters or numbers that differ from each other; for example, when you are writing codes, quotes must be used, but you do not need to use quotes while entering numbers, if you do not pay attention to this point, the commands may not be executed correctly, for example, if you quote a number, it may behave like a text string. 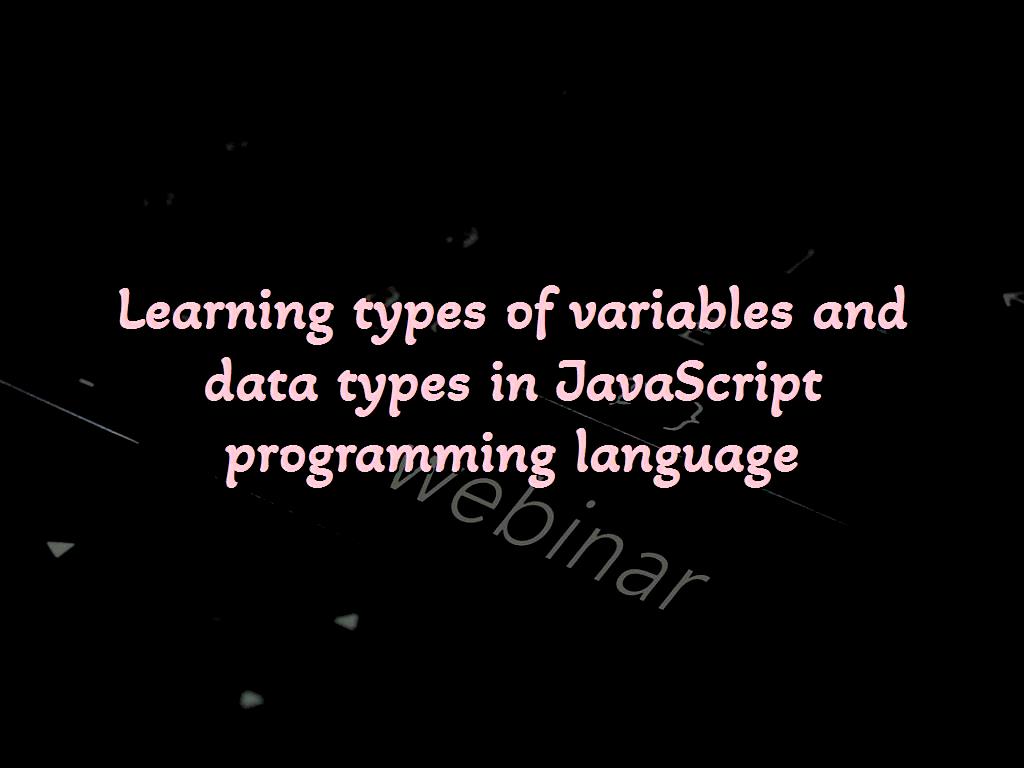 It is the creation of a variable in JavaScript that requires you to use the var keyword to declare a variable in this language; when you want to add a value to a variable, you have to do the following to understand this better, pay attention to the example below.

In addition to using these features and declaring a variable, it is possible to separate the various variables you enter by using commas now consider the following example.

In most cases, no value is defined for the variables when they are imported, as this data may be calculated later by the users, or it may be entered at another time by the program owner; now consider the following example.

In JavaScript, one variable can be used to store different types of data here; consider the following example in this regard.

It may be as follows: 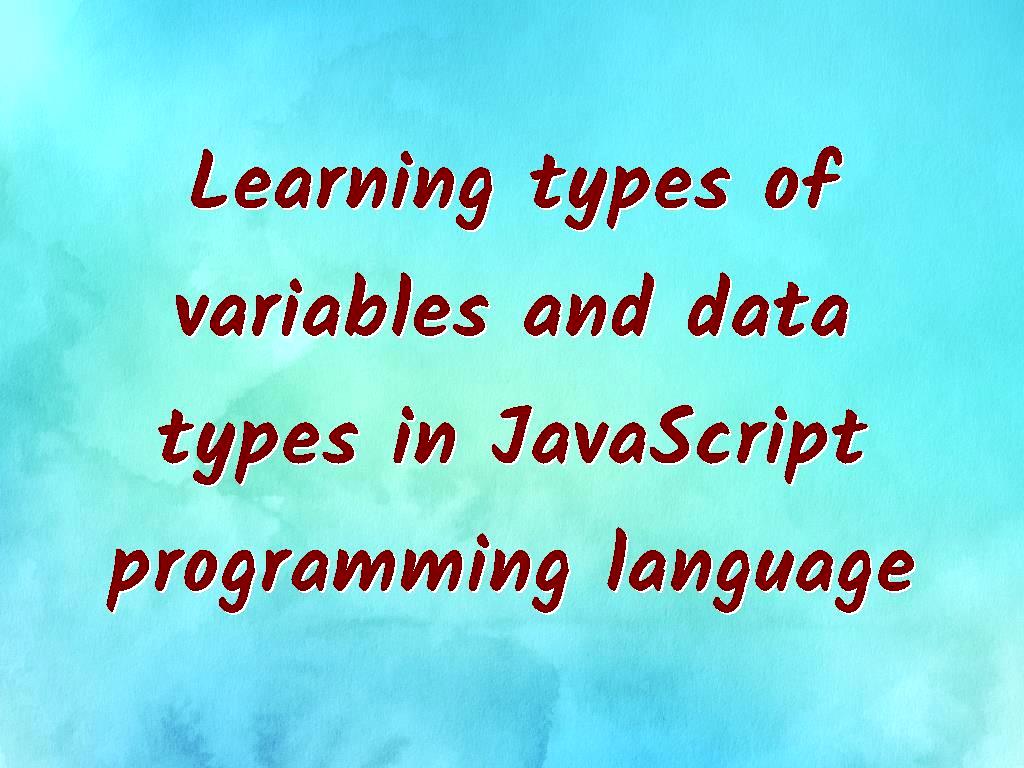 As you can see in this article, there are different ways to store different amounts of data, and the available data may be in different forms, which we explained and gave examples in this regard. Still, the most important point is that you have to follow all the instructions while entering commands to execute properly. As a result, if you pay attention to the mentioned point as well as the examples which have been described, you can have more awareness in the field of data types and various variables as well as the way that they are being used in this article we have explained  JS programming  language which is so popular among various programmers and is being used by them, we hope you can get help from this article to write codes in the best possible way without being wrong.

Click to analyze your wesbite SEO
What are function definitions and function parameters in JavaScript?
Impact of website uptime (server uptime) on SEO
Training Pseudo-classes and Pseudo-elements in CSS
Setup WooCommerce as an online shop in WordPress
Increase site ranking in Google
Applied technique to increase site comments
Search engine keywords for SEO
Investigating the impact of Coronavirus on SEO and other businesses

Best 5 online tutorial websites - How to learn everything online?
Top 12 international online banking apps
What is google page rank algorithm?
What are the important SEO tags?
What is HTML5, and why is it important?
Measure the ranking of the website
What is a canonical tag, and what is this used for?
Setup WooCommerce as an online shop in WordPress
Training of comparative and Boolean operators in JavaScript
Factors to consider for a professional web design
Competitors Analysis in SEO
Spam site detection by Google bot
Scroll to top