Designing the appearance of a site is so essential, so there are many articles in this regard, here we are going to explain Pseudo-classes, Padding and Pseudo-elements in CSS.

There are many articles about  site design  that attract different users, which try to help them create attractive content for their users as much as possible. One of how you can design content is CSS, which we will examine in more detail below.

In CSS, you can do many things and finally create interesting content for users who visit the site so that users can gain a positive user experience, some of which we will examine. Still, before that, we need to give a brief explanation about CSS to get acquainted with the topic in general. 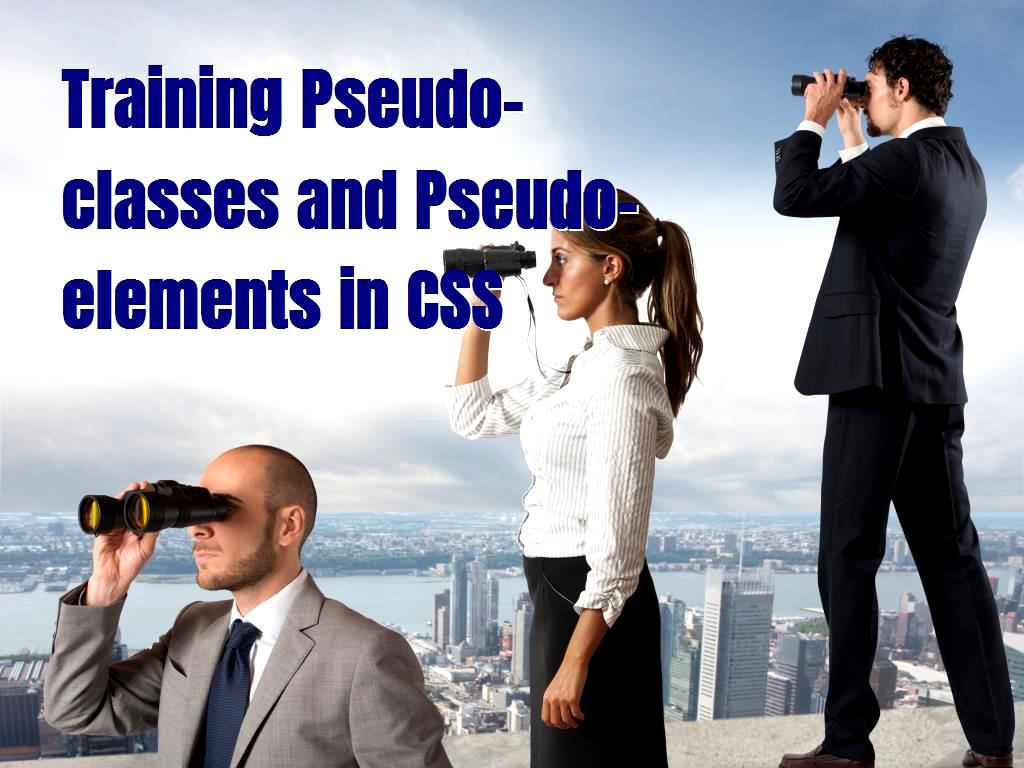 CSS, which stands for  Cascading Style Sheets  and is one of the languages ​​used by  site designers to give the site a nice appearance, and as you know, it is necessary to use this language along with other languages to create the body of the site.

Pseudo-classes are used to specify the state in which the element is located; for example, you can use this to make a difference between the points mentioned in the following.

- You can design the element in such a way that exactly when the mouse goes on it, you can notice it by changing its appearance.

- There are other situations, such as when a link has not been visited or has been visited, which can be designed in such a way that there is a difference between these two, so you can understand the state of the element easily.

- Another situation that an element can have is to design it for when it is clicked. For example, imagine that there is a box that allows you to write content in it, the way of implementing it is as follows:

The links that exist in the content may be different from each other. As we mentioned a little while ago, they may be unvisited, visited, mouse over a link, selected link, which you can code them in a way that each one of them has a different color from the other so that you can see the status of the link as soon as you see the color of it. 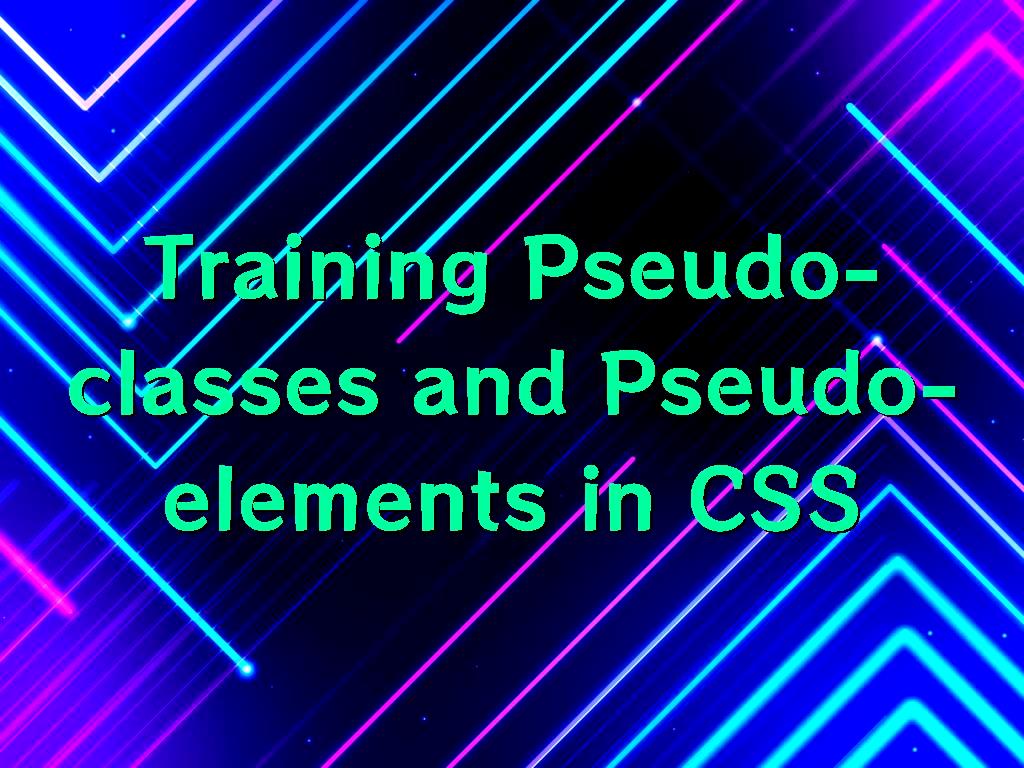 You can make the existing content more attractive with the help of coding in this field; for example, you can do as follows:

element to show a

By doing it, the users can see something in the content that they have not seen so far, so this issue makes the users more curious, so prefer to spend more time on the site; an example is mentioned below.

CSS pseudo-element is used to change a part of an element, and it can also be used to change the first letter of a word or other changes which can cause the user to pay more attention to a letter or a line, an example of the changes that can be made is mentioned in the following.

As you can guess, in this case, we want to teach how to make the desired changes in the first letter of a word.

What is pseudo class and pseudo-element in CSS?

Now imagine that you want to make the letter (W) larger than the other letters in red; to achieve this goal, you need to do the following.

Various properties can be changed in the first letter of a word, among which, we can mention size, color, border, padding, text-decoration, float, line height, etc., which we should not forget the impact of these facilities on the beauty of content.

In addition to the first letter of the word, coding can be done in a way that the first line is displayed with a different appearance from other lines, for example, consider the following text and images that you want the first line in this text to be yellow and smaller, to achieve this goal you have to do the following.

DotNek is a European based experienced mobile app development

team with 20 years of development experience in custom software, mobile apps, and

The following should be done:

DotNek is also capable of  developing custom software  in almost every programming language and platform, using any type of technology, and for all kinds of business categories.

To implement the changes mentioned above, you have to do the following.

DotNek is also capable of

In almost every programming language and platform, using any type of technology, and for all kinds of business categories. 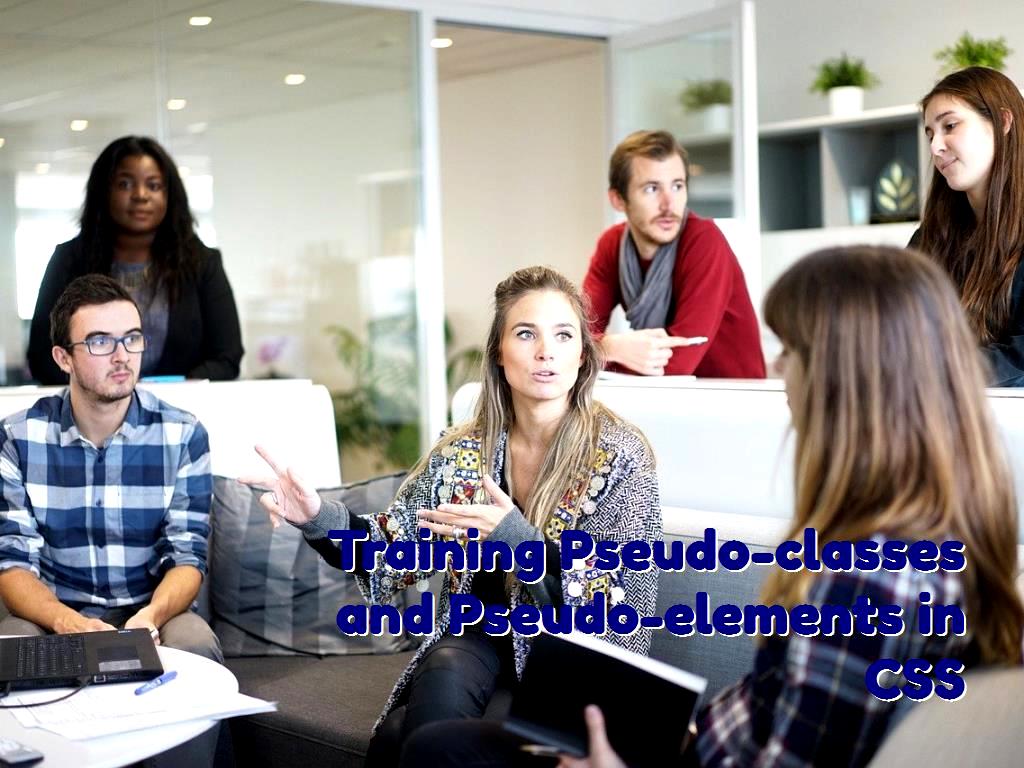 You can use  pseudo-element  to insert the content you want before the content; you may have seen that some sites use images before it to beautify the headlines in their content, which you can see as an example in this regard below.

In addition to the fact that you can add different parts before the content, it is also possible to insert the part you want after it; to do this, you should consider the following example.

In general, by using CSS, various contents can be made attractive in a way that encourages the user to read all the available content on the website and meet their needs through that content,  Pseudo-classes  and  Pseudo-elements  in CSS were mentioned in this article, as well as some tips that have been provided, so that you can make your content look beautiful with more awareness.

Click to analyze your wesbite SEO
Learning how to position in CSS
Training of comparative and Boolean operators in JavaScript
What is site search engine optimization or SEO?
What kind of website is best for you?
What Does Web standards Stand For?
The impact of user comments on a website
Site map and everything we need to know from the sitemap.xml
Google Analytics tutorial

List of Google algorithms for search results
Google Chrome plugins for search engine optimization (SEO)
Google HomePage Secrets
How to create high-quality backlinks manually for your website
Best 5 online tutorial websites - How to learn everything online?
The Impact of Alexa Rank on SEO
What is content production?
Does domain age affect SEO?
A few SEO tips for startup sites
The importance of images in mobile SEO
Why do we need UX?
What is the reason when a website is not indexed by Google?
Scroll to top