Tutorial and how to create shadows, fonts and text in CSS

In CSS, like all programming languages, there are many features, some of which are create shadows, fonts and text, which we will discuss below.

One of the languages ​​that  programmers as well as site designers  use a lot is CSS, which can be used to add shadows and other features to existing content, which we are going to discuss in the following. 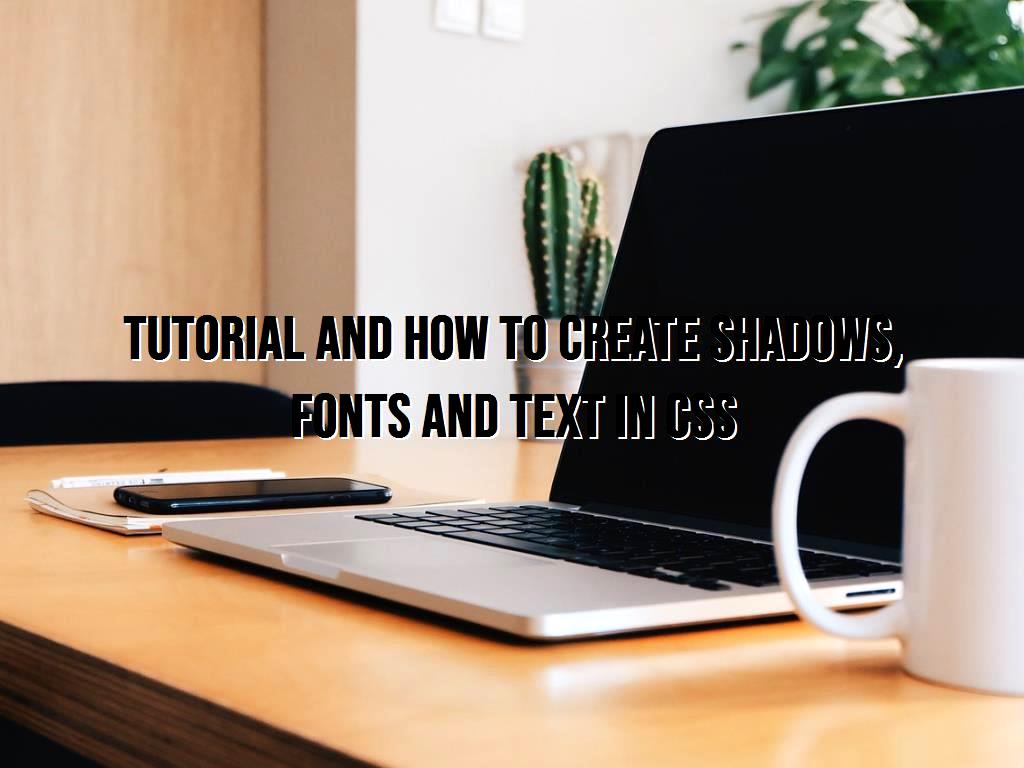 It stands for  Cascading Style Sheets, in fact, it describes how HTML elements are displayed on various sites, simply put, if you think of HTML as the skeletons of a human body, CSS can be considered as the flesh and skin that ultimately make up a human appearance, because it can be used to control the layout of multiple web pages at the same time.

If there wasn't the ability to use CSS, you cannot imagine how unattractive the web world would be. Users would be tired of navigating it and unwilling to spend long hours throughout the day in it to get the answers they want. In the following, we are going to discuss how to create shadows, fonts, and text individually.

How to create shadows in CSS?

By  adding a shadow to content, you can add a lot of charm to it and cause different users to  gain a positive user experience after using your website; shadows may be added to various elements and cause them to be seen more, which we will discuss below.

In this case, we will teach you the way to  add a shadow to a text, which you may only want to add a horizontal or vertical shadow or use colors and other available features; it is also possible that add all or more items to your text, and here's how to add each of the shadows to your text, in one of the available modes it is possible to give only a simple shadow to the text horizontally and vertically.

To add a blur effect, you must do the following, it should be noted that with each of these works, the attractiveness of the existing text is added, and the user does not get tired of using and reading it.

Also, if you plan to add multiple shadows to a text simultaneously, you must use commas to separate the shadows you want to add. The following example shows a red and blue neon glow shadow: 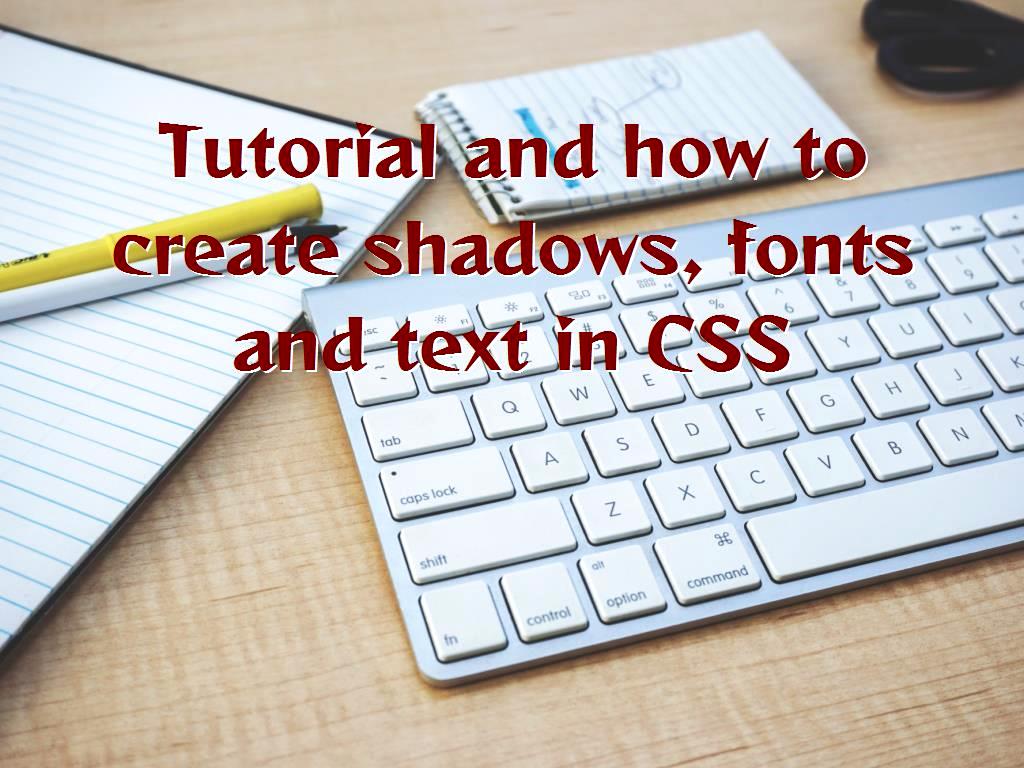 You may want to add a shadow to the existing boxes and use it to make the box more attractive. In the simplest case, as in the previous case, it is possible to  add only horizontal and vertical shadows to the box.

Like text where you could add different shades, the same can be done for adding shadows to the box. For example, you can add a color attribute to the horizontal and vertical shadows you have added.

Do you want to add more charm to the box? It's time to add a blur effect.

Fonts can make a sentence more visible or attract more attention. For example, you can specify a different font or size for the title element to  give a beautiful appearance to your content on websites, and the user can easily understand the difference between the title and other elements, as well as all items now considered the following example.

It is possible to change the text in it in the best possible way. For example, you may want to change the color of the text or create a background with a different color for it to understand it better with the help of the example below.

It should also be noted that you can use one of the following methods to add color to the text. 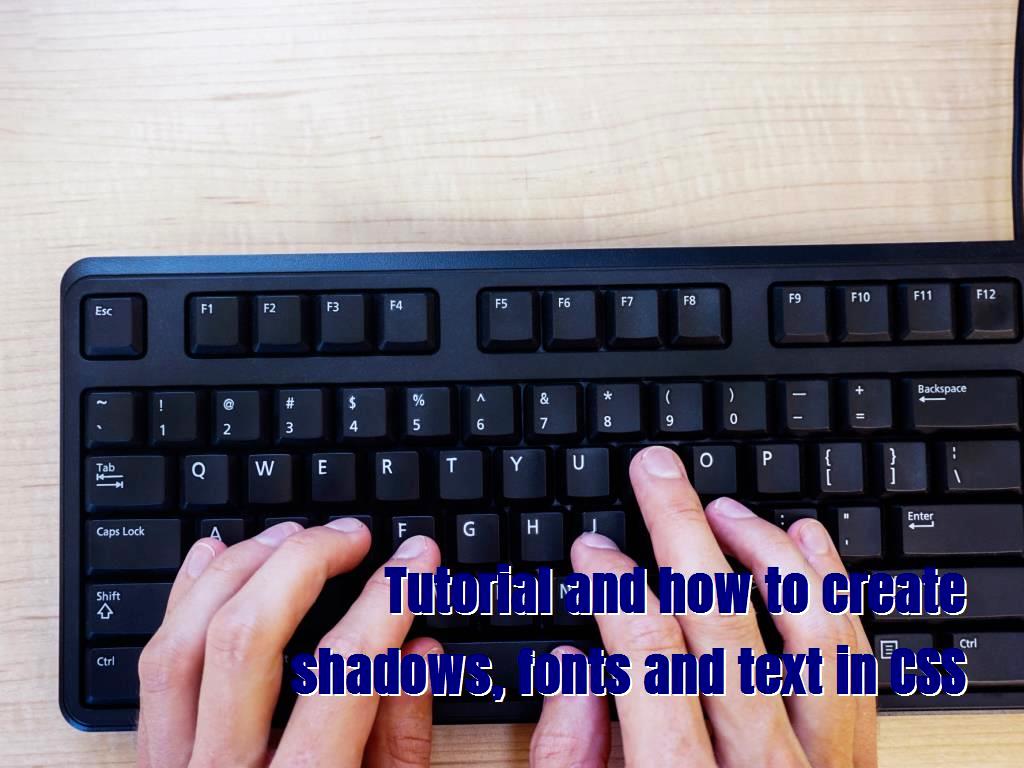 In general, the appearance of content is very important, and adding to its attractiveness can be done with the help of different programming languages such as CSS. As you know,  the appearance of the site should be attractive to users, so that they would prefer using it; as a result, you have to make your site more attractive compared to others. In this article, you have learned how to add shadows to the text box, as well as use different fonts. Finally, about the text and features that you can add, such as color background, we hope that the contents of this article can be useful for you and create the best site with its help.

Website SEO analysis services
What is HTML tampering?
Google Trends Tutorial
What is a site template?
The fact that you need to know about video content
What kind of website is best for you?
Learning how to position in CSS
Move a page to another URL and 301 redirect
The Difference Between SEO and Content Marketing

What are elements in jQuery and how to select on ID,class and inheritance?
What is google page rank algorithm?
Google Chrome plugins for search engine optimization (SEO)
How to create high-quality backlinks manually for your website
What are the important SEO tags?
What is ipts (traffic spirit), and how can it affect your site optimization?
Too many low quality backlinks as a big mistake
What is the definition of SEO? (the general concept)
The key to success in SEO
Prerequisites for website design and development
What is a search console? What capabilities does it have?
Add breadcrumb to your website
Scroll to top