What are function definitions and function parameters in JavaScript?

One of the most widely used programming languages ​​is JavaScript, in this article we will discuss function definitions and function parameters.

Developers do their best to  design sites  and applications that different users can use in the best possible way and ultimately gain a positive user experience. For  programming, there are various languages, including JavaScript, which is very popular among programmers, and many of them use this language to do their work; for instance, with the help of it, you can enter a command in which all the first column is multiplied by the second column, and by entering this command only once, all tasks will be done, we are going to explain this part later, but before that, we need to give a brief explanation of JavaScript. 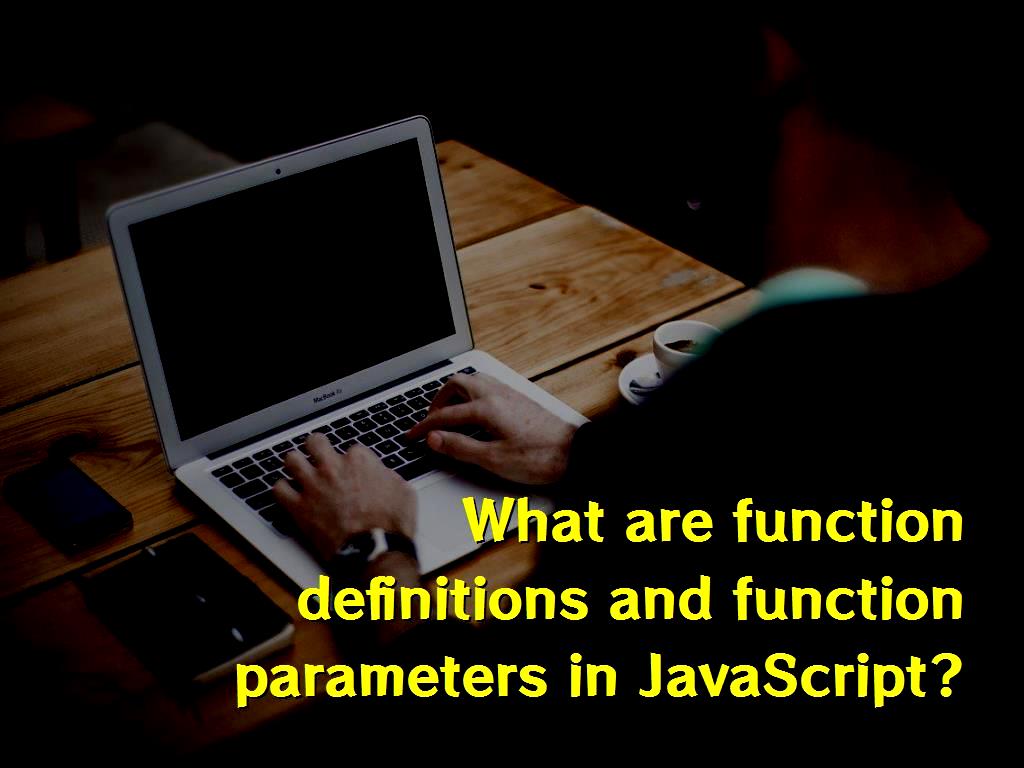 It is known as JS, and it is very popular among programmers which can be used for server-side programming,  mobile applications, games, and desktop applications, and allows users to have a better user experience while using any program which is written with this language, these days, almost all browsers support this language, but if they are disabled, the content or functionality of the web page may be limited or unavailable.

In other words, if a website does not use this language despite the importance it has, users will not be willing to use that site to meet their daily needs. It is necessary to use this language to create better interaction with users so that you have to get help from it to create a dynamic page that can attract lots of users' attention day by day.

The function keyword is used to describe the various functions in JS and can be called in different ways, which we will discuss below.

In general, JavaScript has two main types, which are as follows:

These functions are not executed immediately. They are stored for later use so that you can use them whenever you want; as you know, in JavaScript, semicolons are used to separate executable expressions here consider the following example:

Another way to define a function is Function Expressions, in which it is possible to store a variable in it, now consider the following example.

After storage, you can use it as a function; in the following, we have given you an example of an anonymous function in which you must always use the function name to call the function.

There are other ways to define JavaScript functions, which we will discuss below.

Another way that can be used to define JS is that you can increase your awareness about this by following the example below.

In this case, you can use this type to call JS functions before defining, because as you know, in this language, all declaration functions are taken to the highest part of the current scope by default here. Consider the following example.

A self-invoking expression is invoked (started) automatically, without being invoked, to function declarations, it is not possible to invoke them this way, but with function expressions, it can also be used by placing parentheses; now consider the following example. 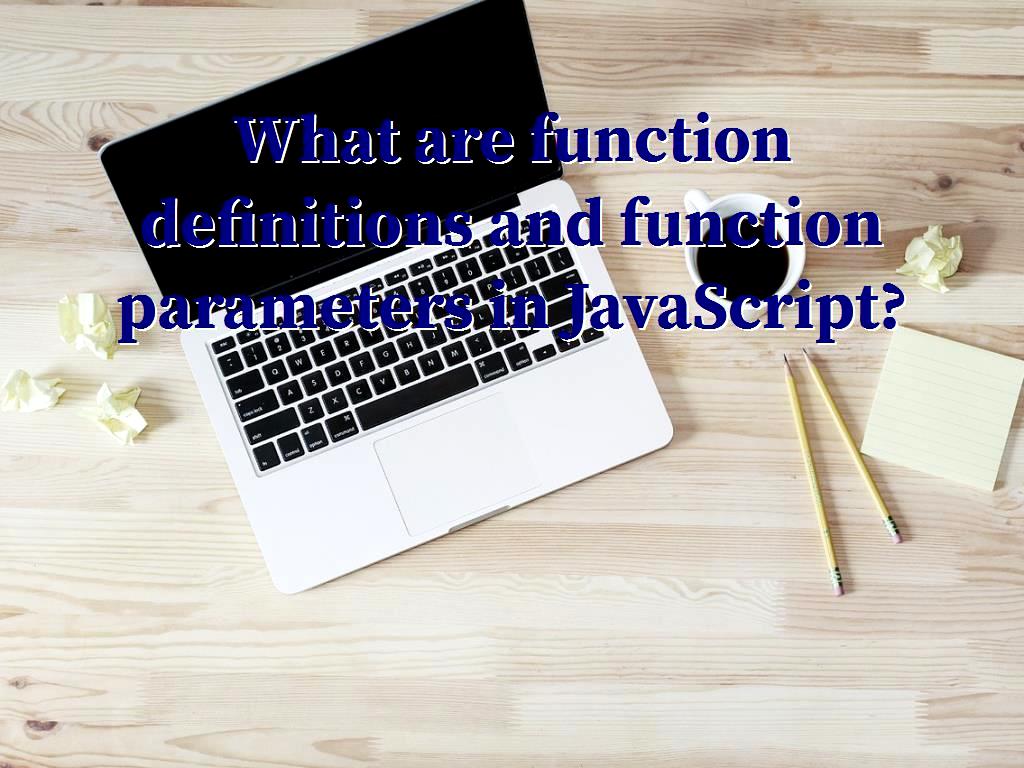 These functions have just been added to JS and allow you to write the function phrase shorter; it should be noted that Arrow functions are not supported in IE11 or earlier.

Parameters are the names given to them while defining data; it should be noted that If a function is invoked with missing arguments (less than declared), the missing values are set to undefine.

Another thing you need to know in this part is Function arguments which are the actual values given to it while executing a function. Now note the following example, in which the largest number of available ones is ordered to be selected.

It is also possible to use a function to add all the available values; in the following, there is an example of this type to understand it better.

Consider another example with different numbers below. 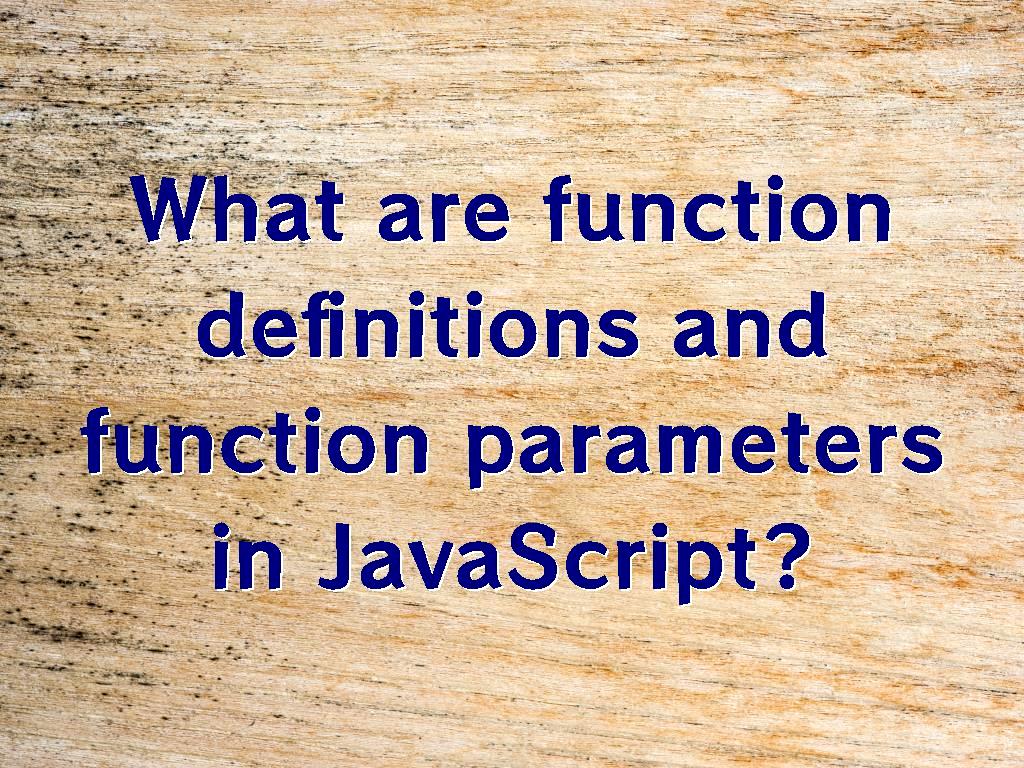 One of the most popular languages among different users is  JavaScript, which is used by different programmers. They design different programs with the help of it due to its popularity and also the great importance of this language; in this article, we have examined the function definitions as well as function parameters so that you can master them in your programming, as you can see, there are many ways to call a function which have been discussed in this regard, each of which can be different depending on your purpose as well as other factors so that there are some necessary points that you have to know as a programmer. As a result, if you pay attention to the mentioned points you will be more successful, we hope this article can be useful.

Click to analyze your wesbite SEO
How to update old posts for SEO
Google Webmaster Tools training
List of all Google algorithms and their updates
Best website analysis tools
What is International SEO?
What is site search engine optimization or SEO?
How to become a professional SEO expert?
What is a site template?

How to add a banner to WordPress?
What is google page rank algorithm?
What is HTML5, and why is it important?
Google HomePage Secrets
What do Ahrefs DR (Domain Rating) and UR (URL rating) stand for?
Best 5 online tutorial websites - How to learn everything online?
What is the reason when a website is not indexed by Google?
What is an infographic in SEO?
What is internal site SEO?
Teaching two-dimensional and three-dimensional conversions in CSS
Learn how to add audio and video in HTML5
Learning to work with Directives Expressions commands in Sass
Scroll to top