What is the hardest programming language?

There are many programming languages that programmers try to learn according to their purpose, in this article, we are going to introduce the most difficult one.

There are so many computer courses that people interested in working in this field can take and eventually pursue a promising career. Among these different courses, we can mention Web designing (In Slovak:  Tvorba webu  ), Hardware and networking courses, Cyber ​​Security Courses,  Software and programming  language courses, and lots other items. It should be mentioned that learning each of these items can bring you a good income in the future.

If you are planning to work in the field of programming, you need to be fully acquainted with the most complex programming languages ​​and their uses to choose the right one to learn. 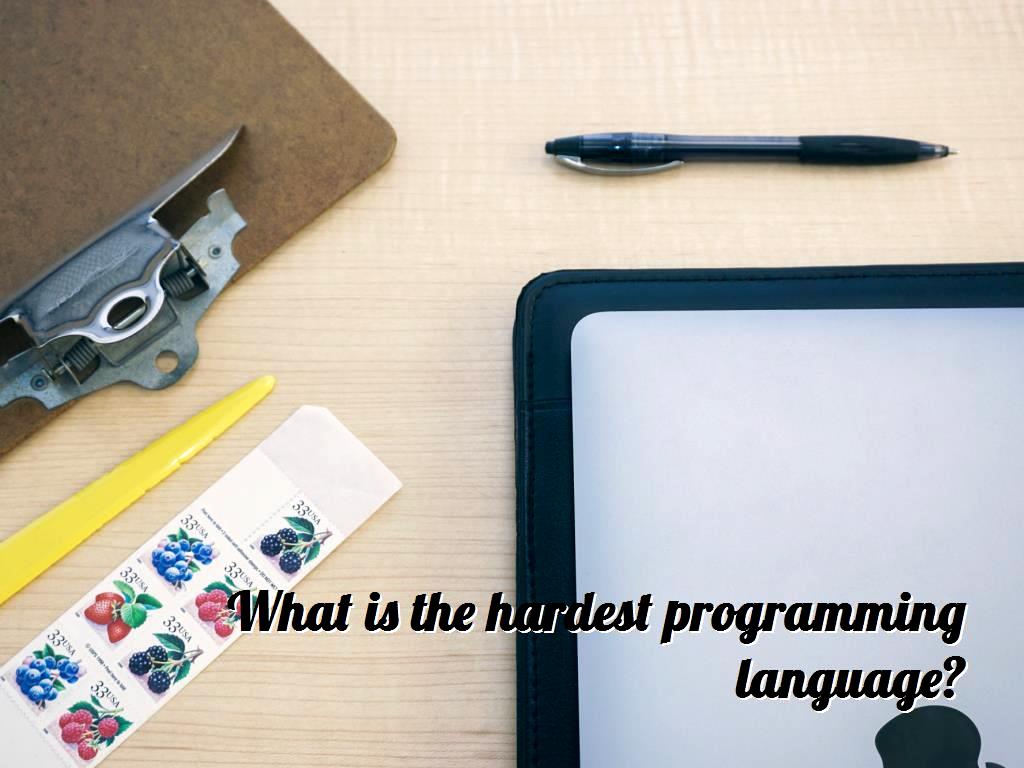 Most complex programming languages to learn:

This section will introduce some of the most challenging programming languages ​​globally. To become professional in using them, you need to have perseverance and do the necessary training regularly.

C ++ is one of the most challenging programming languages ​​that many programmers try to learn and develop applications on multiple platforms such as servers, personal computers, cloud-based systems, and mobile devices.

Learning this language can be very convenient for people interested in creating computer games, software for mobile devices, and so on.

This object-oriented programming language was designed by a Danish scientist named Bjarne Stroustrup. He tried to develop a language that had more capabilities than C.

One of the reasons this language is so difficult is the large number of complex moving parts that make it difficult for a programmer to master their usages properly to be able to  design good programs.

One way to learn this type of language for the people knowing it is to simultaneously use everything they have learned.

It should be noted that before learning this language, you need to be familiar with basic computational terms such as commands, "for" loops, "while" loops and other common structures in C ++, as well as languages ​​such as JavaScript and Python.

If you want to have additional information about this kind of language, you can use the resources available on the Internet to learn every detail you need. We can mention the W3Schools.com C ++ Tutorial from the available resources, where you have been given all the necessary training to master this programming language. It also provides conditions to start writing different codes and learn the essential points by practicing.

You can also use the freeCodeCamp.org C ++ Tutorial for Beginners to learn the basics of C ++.

Learning this complex language can be very useful for you because it gives you the ability to  develop user-friendly programs  and earn a lot of money.

We can mention Assembly Language (ASM), which translates high-level languages ​​into machine language among other complex language languages.

Assembly is used in many cases, which gives you the opportunity of using it in various departments. For instance, companies working on hardware technology can deal with sensitive performance issues with its help.

Other uses for this language include developing low-level embedded systems and real-time systems.

Assembly operates on various parameters, so it is a complex language, and it is necessary to know how the computer works internally before learning it.

In general, you need to understand how the computer internally works. For instance, you have to know how the CPU works, how it manages memory, etc.

Another complex language is Prolog, which stands for Logic Programming, and it is one of the most attractive programming languages ​​in the world.

Alain Colmerauer designed it at the University of Aix-Marseille, France, and to date, many programmers have learned this complex language.

It should be noted that learning this kind of language is more accessible than learning C ++, which we have introduced in the previous sections.

One of the differences between this language and others ​​is that if you use other ones, you can write long lines of code to compensate for logical errors and adjust the code accordingly. Still, while using Prolog, you cannot do that, and you need to get the logic right from the beginning.

Learning this language can be very useful, and due to its perfect features, everyone can get a good experience of using it.

Among these features, we can mention that companies can use it to reduce maintenance and developing costs and develop their programs.

In addition to the feature we have mentioned above, it has many other advantages that make the programmers interested in using it.

Haskell is another language that we want to introduce as one of the most challenging languages for programming. Its name is inspired by Haskell Brooks Kerry, a famous mathematician.

A reason for its popularity among various programmers is that non-syntactic errors are detected at compile-time instead of runtime, and they can be corrected.

It has many other positive features, among which we can mention the management of internal memory, the ability to understand the code in it better due to the short lines of code, and so on.

This language is difficult to learn because it is functional, which causes programmers to face various challenges in learning and using it.

Another reason for its popularity is that people who are using it should spend more time thinking about the problem and less time on coding, which can negatively affect their progress over time. 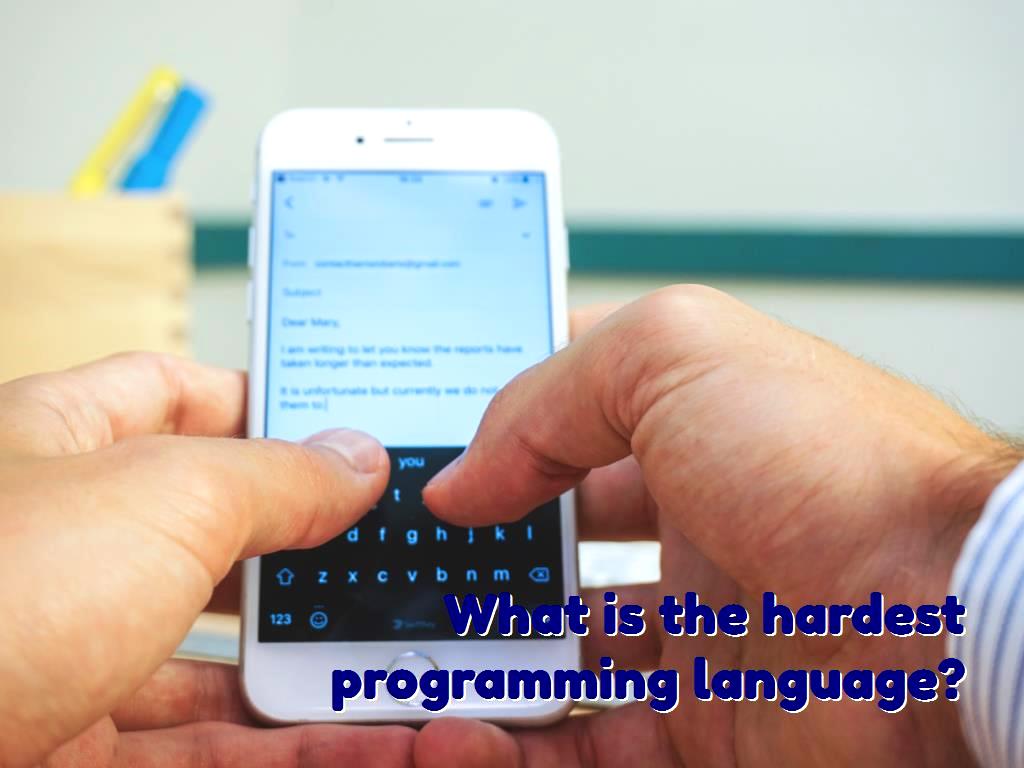 LISP stands for List Processing, one of the most challenging languages ​​globally. A positive feature of this language is that it is programmable so that it has been able to attract many programmers to date.

As we have mentioned, this language is challenging to learn because it follows the functional paradigm of programming. Still, it should be noted that learning is not impossible, and you just have to train and work hard to master it so that everything becomes easier to learn, and you can master it as soon as possible.

With its various features, LISP allows developers to spend more time on coding and less time working with the compiler.

One of the easiest languages ​​with many fans is JavaScript, and the number of its fans is increasing day by day.

Also, with the help of this language, very complex features can be easily implemented on the web. Note that any program written in JavaScript is known as a "script."

HTML stands for HyperText Markup Language; it is often used to design web pages. In fact, in this language, the code is converted to HTML and displayed by the browser.

Click to audit your website SEO
What is an external link building?
How is the web design tariff calculated?
10 Ways to Get Free Backlinks in 24 hours?
Applied technique to increase site comments
Optimize your website with Gray Hat SEO
Google's Pirate Update and copyright infringement negative effect on SEO
How Does Wordpress Development Company Help To Increase Your Conversions?
Learning Transition and animation properties in CSS

Google HomePage Secrets
What is google page rank algorithm?
Canvas Rectangle, Shadow, Path and Text training in HTML
What is the difference between SEO and CEO?
How to add a banner to WordPress?
What is spam score and what effect does it have on SEO?
What are Linkless Mentions?
Why Has Online Shopping Become so Popular?
5 Benefits of Adopting the Cloud For Your Small Business
Google ranking factors 2020
Teaching method objects, properties and events in JavaScript web programming
The most important SEO trends 2020
Scroll to top