15 famous people in the field of digital marketing

If you want to get acquainted with the top figures in the field of digital marketing and their specific methods for success, be sure to see this article.

Some people can be more successful than others by using some methods in all jobs and areas of work. In  digital marketing, a new field on the Internet, some people are known as top and successful figures. Below, we introduce to you some people who have made many efforts in rejecting this field.

This person is one of the most successful and famous people in online advertising, who is also known as the top figure in this field. It is worth noting that  Frank Kern  was a simple salesman who barely made a living before he became a well-known marketer. He had not even completed his university studies. After many failures, this person, who was a salesman and had a difficult life, finally thought about how to use the technology and the Internet to meet the needs of the people and earn money through it. Eventually, this person concluded that they could reach their desired content and content by using the keywords that users search for. By doing this, users can easily meet their needs, and site owners can also earn money. After many failures and research, he hired a freelancer to write a book about his words and experiences called Teach your parrot to talk and present it to the people. After reviewing digital marketing, he failed many times, and his research and analysis enabled him to write a book that contained valuable experiences and tips in this field. And after that, this person made a huge income by selling his book. The book he wrote sold for about $ 18 million. This book contains valuable insights and experiences of this person about marketing.

This person was initially selling lemonade to people in their area. After that, he also sold baseball cards. There is a very popular AskGaryVee Show channel on  YouTube, a visual video show and podcast about businesses and the Internet and online advertising for  Gary Vaynerchuck. Gary Vaynerchuck is considered one of the most accomplished contemporary entrepreneurs globally who has achieved the best results and success through content marketing. He has also written some books on the subject, including Crush It and Jab, Jab, Jab, Right Hook. Suppose you want to use the valuable experiences and tips about digital marketing written by the famous Gary Vaynerchuck. In that case, you can buy its books and use the tips to progress in online advertising and achieve your desired goals.

This person is the founder and the CEO of Digital Marketer. In addition,  Ryan Deiss  is a speaker and consultant in the field of digital marketing, which has been able to market thousands of products for various companies and individuals around the world.

This person is also a writer, speaker, and multi-billionaire. It should be noted that this person has earned all his income through the Internet and online advertising. In addition, he manages ClickFunnels and DotComSecrets.

There is a tool called ClickFunnels to  increase sales on the Internet and on websites. It is worth noting that this person had started marketing as a child and the first product he sold was a DVD that taught him how to make a toy. From the youngest age, he started teaching toy-making through the sale and marketing of DVD products so that he could learn all the skills needed for marketing and then become a successful marketer worldwide.

This person started blogging in 2002, and by doing so, he was able to achieve the best results he wanted in this field. Through blogging, he started the Digital Photography blog by chance and entertainment, and in this blog, he also discussed how store sites such as Amazon, etc., work. By doing so, he generated  many search engine visits to his site  and has more than 20 blogs on the Internet, each of which is about different topics.

Pat Flynn  is one of the most prominent figures in online and digital marketing. This person initially worked in one of the architecture companies. In addition, he began his university education. He was tired of writing flashcards and textbooks, which was very difficult for him. As a result, he decided to start a website. SmartPassiveIncome is his first website to insert different flashcards and notes, which became one of the top figures with online advertising methods. 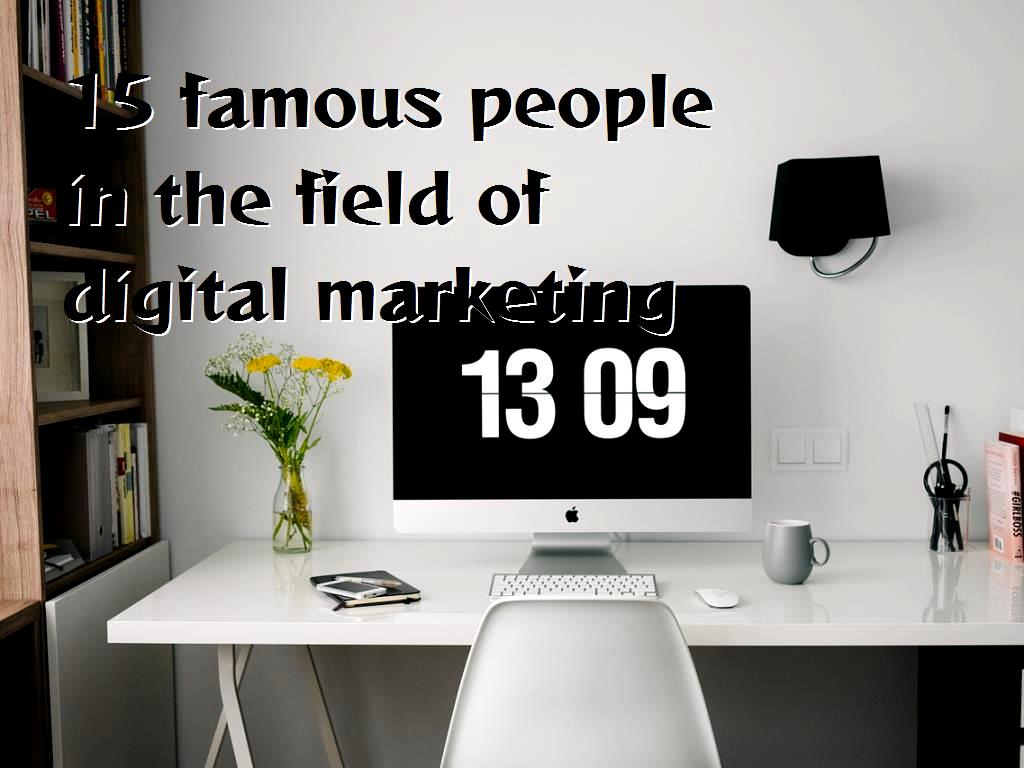 This person is a writer, blogger, entrepreneur, marketer, and founder and designer of the very famous sites Quicksprout.com, Crazy Egg, Hello Bar, and Kissmetrics. This person first burned DVDs and then sold them.

After that, he also traded and represented car parts. After all this activity, Neil Patel entered the field of online advertising and was able to produce special software for analyzing sites and business data ( in Slovak:  logiciel spécial pour l'analyse des sites et des données commerciales  ). KISSmetrics is his marketing company, and he is known as one of the most famous entrepreneurs in the world.

If you work in SEO or even study, you have heard the name Moz 100%. Moz started in 2002, moz.com has become one of the most visited educational sites.  Rand Fishk  is also one of Saitkha's best SEO experts in online advertising.

American writer, entrepreneur, marketer, and speaker. This person is known as one of the most experienced entrepreneurs in the world. This person has 16 famous books, among which Purple Cow and All Marketers Are Liars are the most famous and popular.

This person is also one of the billionaires in the world who had a very difficult life in the beginning. He was also working as a student. Mark Hoverson's extensive expertise in digital marketing, as well as the popular Invisible Empire and LIMITLESS sites, have been marketed with his guidance.

This person started and started his own company called MOBE from his room at home. MOBE has more than 100 employees working in different parts of the world. This person is another billionaire who answers various business questions on his famous site askmattlloyd.com.

Writer, entrepreneur, and television director who has so far been able to make a big impact on women as well. Entrepreneur Magazine, INC, 500, and OWN have been featured in many publications.

Founder and CEO of Boom! It is social and advises companies on social media marketing and can work with well-known brands such as Microsoft and IBM for online advertising. This successful site is  kimgarst.com  and has two annual conferences called Boom! Social Conference.

A writer and entrepreneur who was renewed by Obama, the former president of the United States, is one of the 30 most successful and prominent entrepreneurs in the world. There is a podcast called "School of Greatness," He talks about various topics such as business, management, and career development. 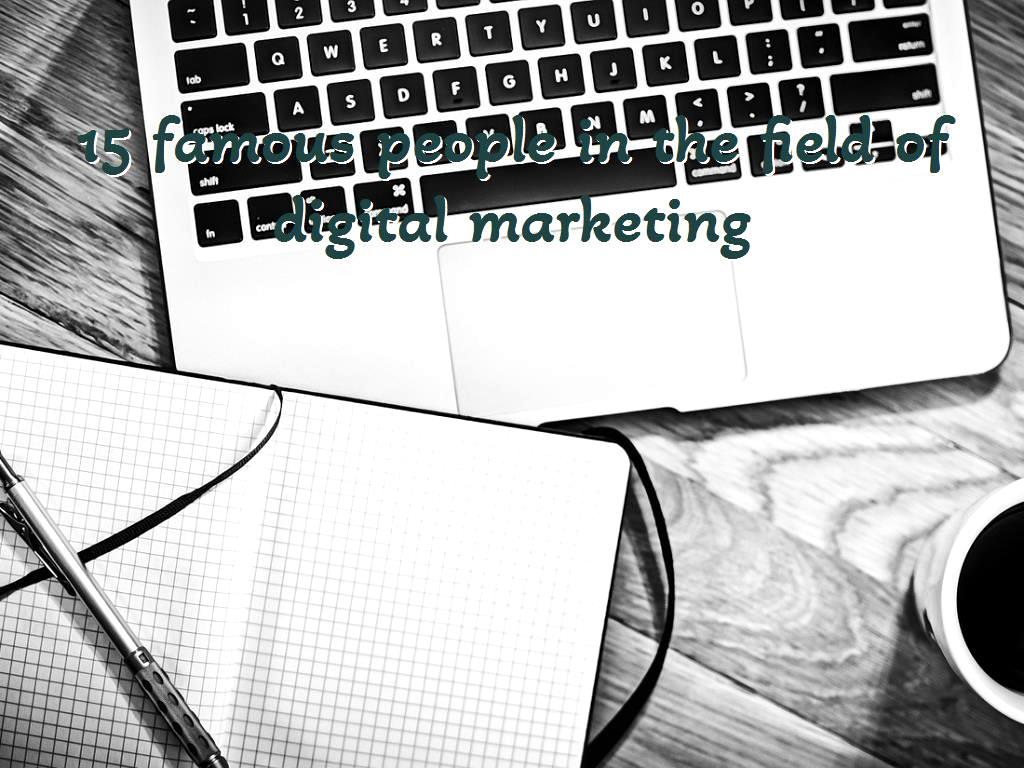 In this article, we have introduced 15 top and successful figures in digital marketing for you. To do digital marketing in the best way and make your business prosperous, you can use the experiences and valuable points included in the book of these people or podcasts, if possible. We hope you will one day be one of the leading figures in online advertising.

How can I start a digital marketing?

5 Essential Seo Tips Everyone Should Know

How does Google penalize sites for linking?

What do Crawling, Indexing, and Ranking stand for in SEO?

How can I get free quality backlinks?

Criteria and standards for building backlinks

What is the trick to increase subscribers on YouTube?

Types of Emails You Need to Be Sending Your Email List