Which is better SSD or HDD?

If you want to choose a storage device that has cheap, bulky, high-speed, and secure features, this article can guide you in choosing the right SSD and HDD.

In previous years, people had few options and choices when buying a computer and could not choose different system components themselves. But today, with the passage of time and the advancement of technology, users can easily select all the system's features individually and say what components they want the computer system to consist of.  Storage spaces  are also one of the most important factors that in choosing systems, I must pay attention to them to provide a system that has high storage space and in addition is safe and fast.

Today, SSD storage space, a new technology, is competing with hard disks, which are the old type of this devices. 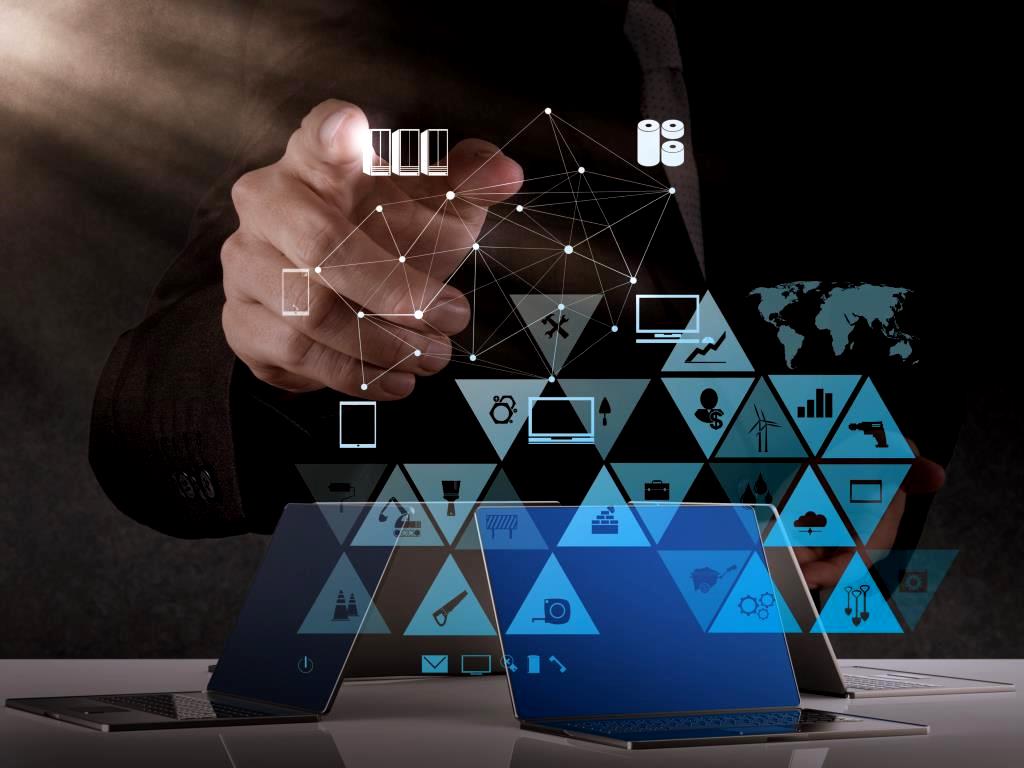 Rotating this type of disk is one of the tools for the permanent storage of data and information for the system. This tool means that when the power goes out, the data and files we have saved will not be lost and will remain in this type of system.  The hard disk drive  is a metal plotter with a magnetic cover responsible for storing and maintaining your data and information. It does not matter if the data is very old or new, both of which can be stored on these storage drives. A hard disk drive is based on its rotation, and by rotating it, the data stored on it is read. Today, hard disks are divided into internal and external disks and can be used inside or outside the system. To take. Hard disks are available in 2.5 for laptops and 3.5 for desktop computer systems.

If we compare performance, SSD can also do all the things that a hard drive does. But the difference between SSDs and hard disks is that in the second one, they were stored on a magnetic disk, but in  SSDs, the data  can be stored on small flash drives. These memory chips can be connected directly to the mainboard via PCI Express ports. In other words, we are dealing with chips in the use of SSDs.

Some newer high-end laptops use SSD storage. Of course, it should be noted that older laptops can also access SSD storage through SATA ports. This type of memory is available in M.2- and 2.5-inch sizes for ordinary users. M.2 storage cables are less expensive than other storage cables and can be installed and used on almost all computer systems. But the M.2 is a higher class, priced slightly higher, and can be considered a leader in the speed and technology of high-end laptops and computer systems.

Advantages and disadvantages of HDD and SSD

It should be noted that  HDD and SSD  do the same thing and their task and responsibility are to store and maintain data. Both can boot your system and save all your programs, files, and data. But each of these types of tools has its characteristics, which we will examine and compare in the following.

It is worth noting that SSDs have a larger share than other storage devices and their price increases as the rate increases. In-system hard drive with 1TB of storage space costs between $ 40 and $ 50. This is while the price of an SSD storage device with the same feature and this type of capacity is about 160 to 180 dollars.

It is imperative to know that the purchase cost of M.2 is about twice as much as the SATA SSD models. Hard disks cost less because they use older technologies, and if you are also looking for a cheaper storage tool, it is better to choose the second one with old storage technology.

SSDs use new data storage technologies, which is why they cost more to purchase. If you care more about the cost of storage devices, SSDs may not be suitable for you because these types of storage devices are expensive because of the use of new technologies, and you, who value the price, have these types of storage devices. Instruments are not suitable for you. In this case, the best option for you is to buy a low-capacity SSD and use it in combination with a high-capacity HDD. It makes sense to buy SSDs with a high capacity if you have no financial constraints and your budget is enough to provide them.

SSDs with a storage capacity of 4TB are costly. Although this type of memory has more storage capacity, the most common memory capacity is about 128 to 512 GB. Suppose you have a storage capacity of 128 GB for your system after installing Windows and developing applications ( in Slovak:  vyvinuté aplikácie  ). In that case, it will give you 50 GB of storage space to dazzle other data and files. If you use 256 GB of storage for your system, in addition to the above, Installing Windows and other applications, You will be able to install three modern game programs that have a large volume on your system.

SSDs are not suitable for regular users, and users can use this type of storage memory, which requires more storage space of about 1 to 4 terabytes. There are 8 to 12 GB hard drives on the market that users can purchase. But this type of hard with this amount of storage capacity for servers can be used. Hard disks with high storage capacity are used, so we can say that hard disks with a storage capacity of fewer than 500 GB are not available in the market. If you want to store a small number of high-capacity files, it is better to get a hard disk.

It is essential to know that this wild type uses rotating surfaces to access information and data. It will work well when large files are in proximity. In this state, the header will be able to start and then finish the data reading operation in a continuous motion. If the hard disk is about to fill up, a linen file will be sparsely stored in various locations. This phenomenon is called fragmentation when a large file is stored scattered in different places when the hard disk is entire. However, SSDs, due to the type of structure they have, will never suffer from this phenomenon and will never store large files scattered in different places near the time of filling. 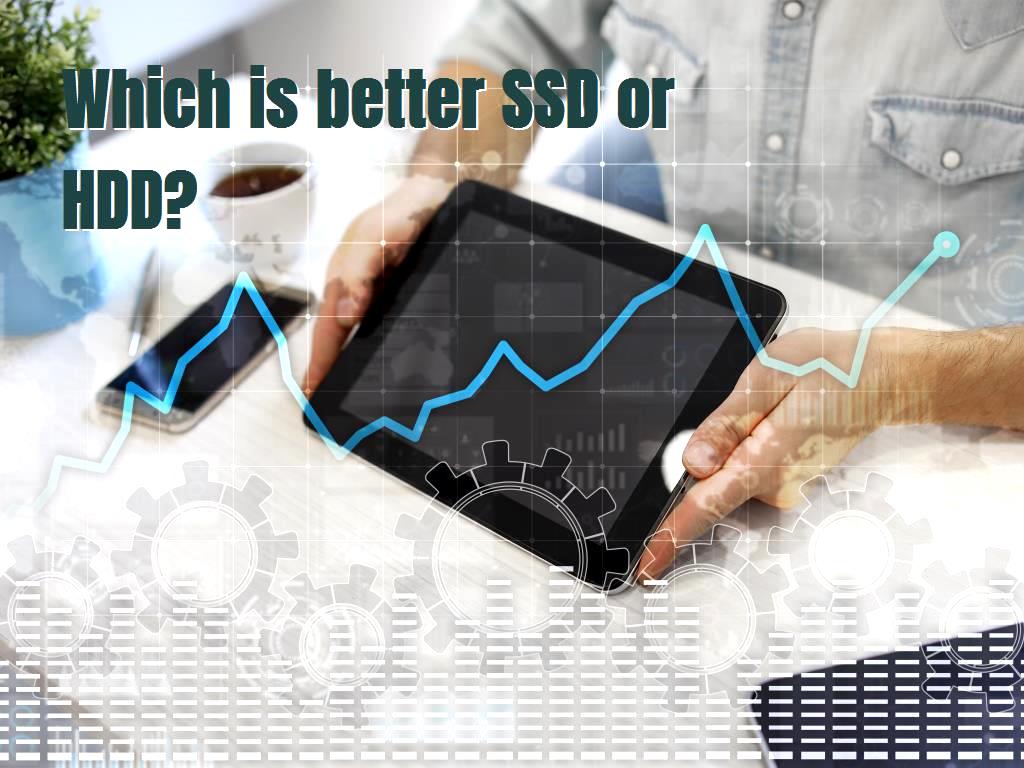 It is worth noting that the SSD does not have a mechanical part, and that is why it is more likely to stay healthy when it receives a heavy and physical impact. In this case, if the laptop crashes or gets physically hit, it will most likely remain intact because the SSD does not have a mechanical part. Some metrics, such as TBW, written as terabytes, DWPD, are the number of times the entire memory space is rewritten in one day, and manufacturers report MTBFs to report lifespan.

SSDs reduce game boot time or startup and load time. If you use different game consoles and face low hard disk speed, you can use SSD to solve this problem.

Since SSDs are offered on chips, they are minimal in size and do not weigh much. The  SSD weighs  about one-fifth the size of a hard drive.

So, we knew that SSD and HDD are the same functions used to store and store data and files, but each has advantages and features that, based on the features, we can choose the correct memory for storage. The cost of a suitable HDD, with large dimensions, is available in two forms, internal and external, with a minimum storage capacity of 500 GB.

SSDs are for high-end computer systems with high cost, storage capacity, and longer life, which of course, is not suitable for ordinary users.

Improving Mac Performance Due to Defragmentation

How Does Screen Printing Work?

The Importance of Remote Desktop Connection for Companies During Covid-19

What are the advantages and disadvantages of SSD?

What is the main advantage of an SSD?

What are the advantages of the different types of computers?

What are the disadvantages and advantages of computers?

What are the advantages and disadvantages of solid-state storage?

What are the disadvantages of SSD drives?