Ways to deal with negative SEO

Negative SEO has the worst impact on organic traffic, you need to be familiar with ways to deal with it, as a result you can investigate the issues that have caused this problem.

A site may be penalized by the search engine without having control over the negative SEO and knowing the ways of dealing with it, even after a period of time and successive penalties, the website owner, may be forced to close the website, so as a person who cares about  website optimization, you need to get acquainted with this type of SEO and know the ways to deal with it. 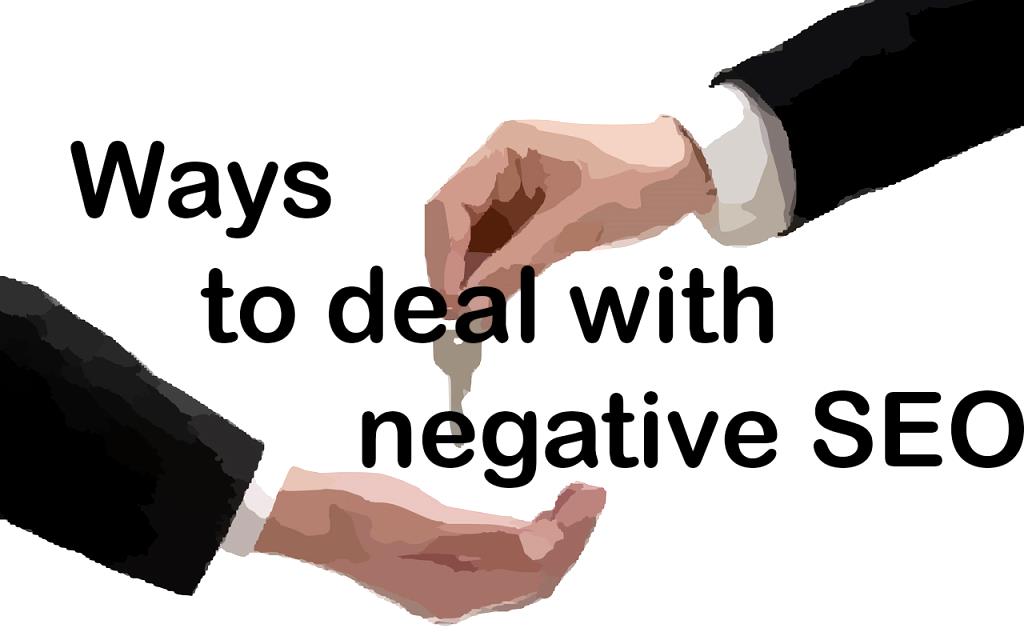 Negative-SEO is a set of actions taken by a site's competitors on competing sites with the aim of reducing their website's ranking in search engine results. Simply put, it is a kind of Black Hat SEO; the difference between them is that in  Black Hat SEO, site owners implement the actions that are against the rules of SEO on their websites to increase their ranking of them, but in negative-SEO they implement this set of activities on the competitor sites to decrease their ranking and attract competitors' users to their own websites.

Considering all these points mentioned, if you  have a website, it is necessary to have complete information about SEO in addition to its principles, and you should also know negative-SEO completely so that if the competitors of your site take action to implement these kinds of actions on your site, you can stop it quickly and maintain your ranking.

In the past, site owners and SEO experts tried to use backlinks in violation of SEO rules and bought a large number of backlinks, so that Google algorithms gave them high rankings in search engines by examining them and due to the high number of backlinks they have, but in 2012 Google made a huge change with the introduction of the Penguin algorithm, and sites that used these types of backlinks were penalized.

In fact, the Penguin algorithm was created with the aim of identifying unnatural link building and spam; this algorithm generally pays a lot of attention to linking and tries to penalize this kind of website by examining content with irrelevant backlinks and contents containing unrelated keywords. After introducing this algorithm and penalizing a series of sites that had purchased backlinks, website owners came to the conclusion that they could be punished by Google if they tried to buy spam links for competitors' sites and reduce their ranking, then a negative-SEO was created.

Of course, it should be noted that  Google's algorithms  carefully examine all cases to avoid injustice to the websites, it analyzes all links, the source of them and etc., but despite all, it is still necessary for site owners to learn ways to deal with negative-SEO. Nowadays, the most common reason for negative SEO for a site is the mistakes that are made by members of the site team rather than the competitors, which cause the site to be penalized, which we will discuss in the following, and we will also mention the ways to deal with them.

Factors that cause negative-SEO for a site and ways to assign with them:

Link Farm is a set of sites that link to each other in the form of groups to increase the number of received links to your site and ultimately attract more attention from Google algorithms.

You may be able to  increase your site ranking  in a few cases by using Link Farm, which can be happened so rarely; we suggest not to use this external linking method for getting a high website ranking in search engines. As mentioned before, with Google algorithms such as the Penguin algorithm, it is impossible to increase your ranking by buying backlinks.

- How can you assign with it:

Understanding negative SEO is not easy, but if you have enough knowledge, you can be safe from it to some extent.

One of the things you can do to avoid unnatural backlinks and spam is to constantly analyze the backlinks received by the site, which, a tool such as SEO SpyGlass can be used to make you aware if there is an unnatural increase in incoming links, then you can check all the backlinks and fix the problem.

2- Copying from other sites:

Another factor that causes your site to be penalized for using negative-SEO is copying from other sites and producing duplicate content. One of the Google algorithms that deals with this problem seriously is the Panda algorithm.

The  Panda algorithm was released in February 2011, and given that during the period before the introduction of this algorithm, useless and worthless content was seen a lot in search results, after which in order to solve the problem as soon as possible, Google introduced an algorithm that was created to identify short, low-quality and invaluable content, so that nowadays, the user is faced with more attractive contents in search results and gets a positive user experience.

Sites can also use this to create negative SEO for their competitor site, which we will explain in the next paragraph. Competitors use the time between when you publish your article until Google analyzes it and finally indexes it, and introduces you to Google as a content thief.

Simply put, a competitor enters your site after the time you publish new content on it and copies the new content quickly before its indexing by Google, and if Google indexes his/her website sooner, all content is considered as his/her content, and as a result, due to the publication of exactly the same content on your site, you will be penalized as a content thief.

- How can you deal with it

There are several ways to deal with negative rankings due to this type of negative SEO, one of which is to use Copyscape and the other solution is to increase the indexing speed of your site, so that competitor sites cannot accuse you of stealing their site content. 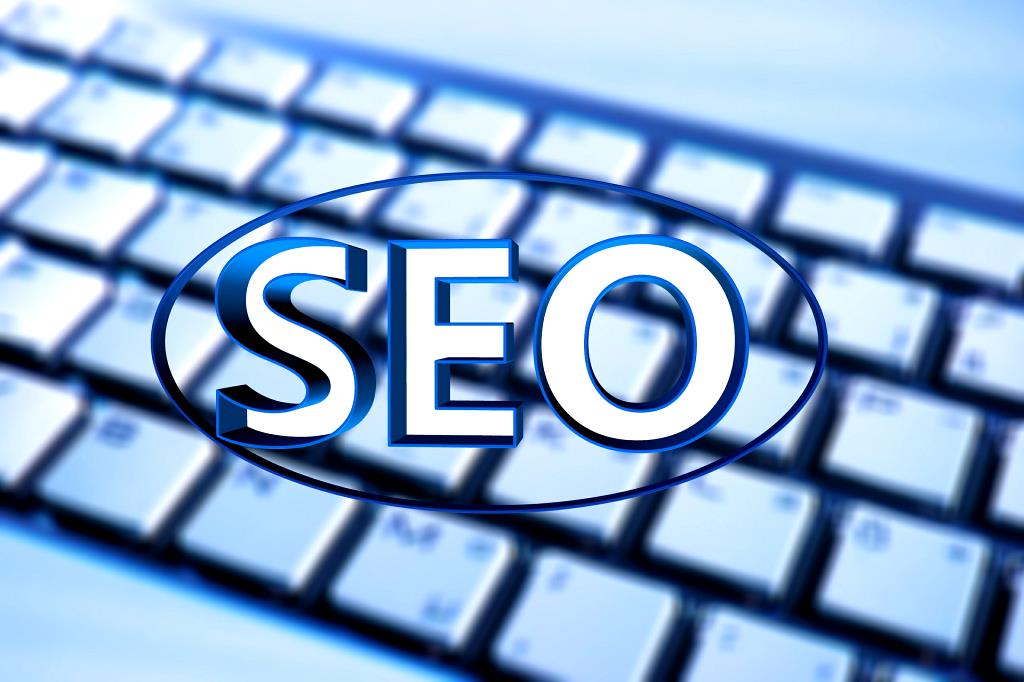 3- Hacking the site and having an impact on it from different ways:

The competitor may hack your site to create a negative  impact on its SEO, such as creating poor quality backlinks, deleting previous content and renting a 404 error, redirecting the page, re-indexing the site and hiding the main pages of your site from Google and etc., are among the actions that your competitor can do on your site.

Certainly the way to deal with hacking by competitors is to increase the security of the site  and try to do every step so carefully, including choosing the right host, choosing a password and suitable ID for the site, use of valid plugins and etc. Which by observing these points carefully, you can prevent the site from being hacked.

4- Negative branding by competitors for your site:

Once your site has gained enough credibility and  can attract heavy traffic to your site, after a while, there will be many competitors for your site that one of the things that such sites may do, is to negatively impact a competitor's SEO by using fake accounts to create negative branding for your site.
- How can you assign with it:

If you find out that the account which lefts a negative comment for you is fake, you should introduce it to Google as a spammer, so that Google will not consider those comments for your site. Of course, the important point is that Google has powerful algorithms that can distinguish between real and fake accounts and neutralize fake negative comments on your site. 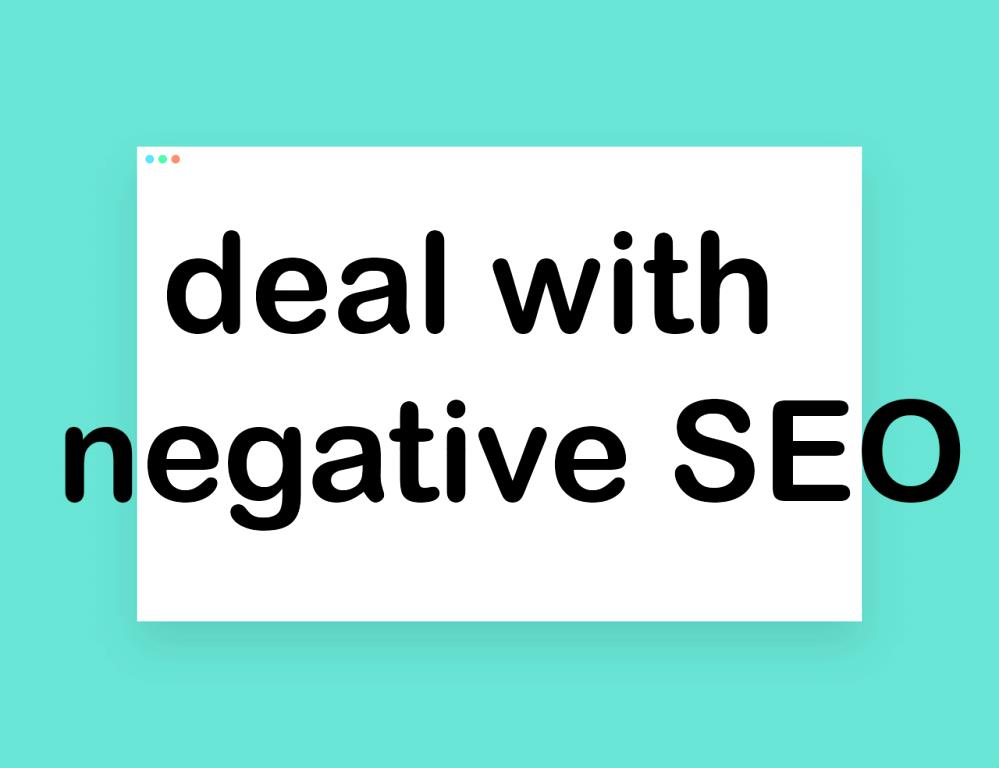 In general, we have introduced a number of factors that may be the cause of negative SEO and ways to deal with it in this article, which. By having complete knowledge of them, you can prevent your site from a reduction of the ranking due to negative SEO created by competitors that if you take them into consideration, there is no way for your competitors to have access to your website with the purpose of having a negative effect on it.

Click to analyze your wesbite SEO
What are the SEO services?

6 Tips to Hire the Best Services in Software Development

What is site search engine optimization or SEO?

How to SEO small websites in keywords?

The reason for investing in social network and its impact on SEO?

What is a Web Directory?

The Importance of Link Building in SEO

Google amp project and its disadvantages

What is internal site SEO?

How to Register a site on Google Webmaster Tools? (Search Console)

What is Redirect 301 and Redirect 302 and what is the difference between them?