What are the seven types of hackers?

These days, computers have a massive role in our lives, which has led to an increase in the number of hackers; in this article, we will introduce various types of them.

As you know, technological advances worldwide have caused significant changes to our lives, and users have been able to do their jobs at high speed by spending less time and energy.

It has led people to try to access systems’ essential information and abuse them for their purposes; the history of hacking goes back a long way after the invention of computers.

Since then, some people with malicious goals have been doing their best to go further and use their knowledge against the rules, so they act differently from other users who use the computer for having better life quality.

Generally, people who have a lot of intelligence in various fields, especially the computer world, and are involved in stealing data, damaging systems, and so on are known as hackers.

Still, it should be noted that there are different types of them, some of whom are helpful to companies and individuals as they try to fix security holes.

Therefore, we will introduce seven types of hackers to resolve the misunderstanding and introduce you to those who legally use their talent and knowledge. 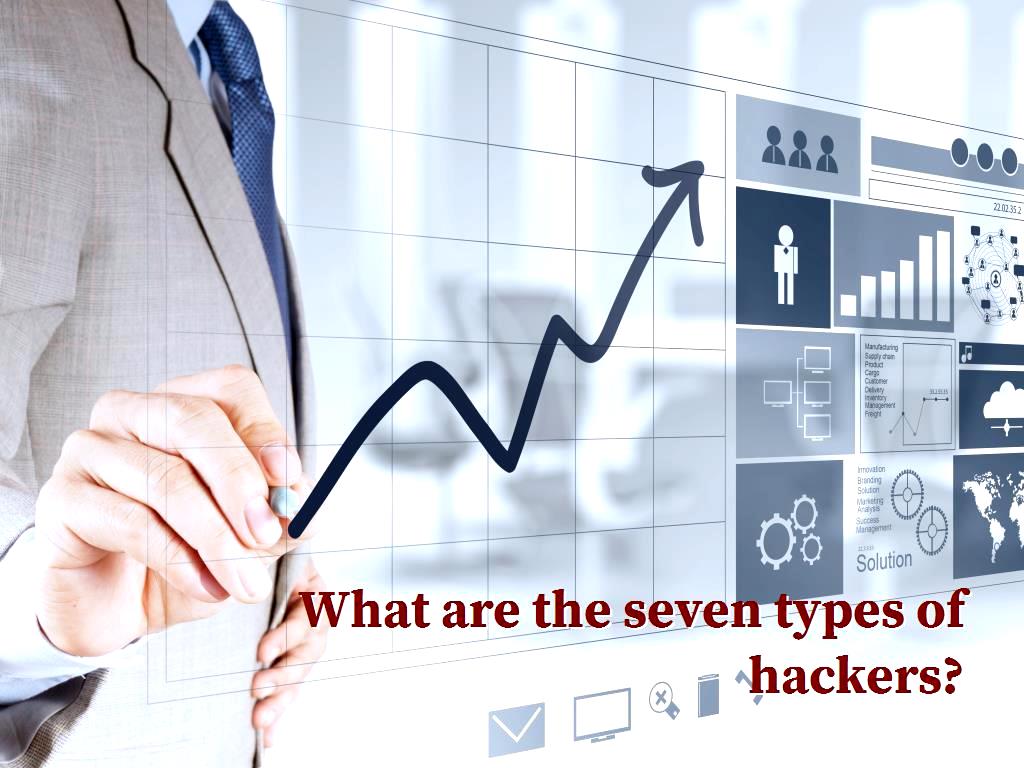 They are talented people in the field of computers who can gain access to various systems and their essential data with their extraordinary abilities, some of which follow the existing laws, and the others act in violation of the rules.

All hackers can make a lot of money according to their talent and knowledge, one of the reasons why the number of hackers is increasing every day is the incredible amount of income they can earn by doing their job.

A type of them is called white hat, who do not negatively use their talents and knowledge, but they use it to improve the security protocols of a system (In French:

These people can earn a lot of money every year by helping many institutions and users increase their systems’ security.

They are also known as ethical hackers; many companies seek help to identify any holes or problems in existing security networks and fix them.

They do their job in compliance with the laws determined by the owners of companies and take the necessary measure to block the existing routes for intruders to enter.

In recent years, their employment has increased significantly, and huge companies, such as Facebook, help them detect bugs quickly in their security system.

Simply put, these types of hackers help protect the company from the rise of cybercrime.

They help companies build defenses, identify vulnerabilities, and address them before cybercriminals find them.

One of the most professionals in this field is Tim Berners-Lee, who has done a lot of work in the field of computers, among which we can mention the invention of the World Wide Web in 1989.

These people use their mastery against the existing laws and do their best to access systems and confidential information without users’ permission.

They have curious personalities and have a lot of intelligence to learn the latest methods available to penetrate various systems and institutions.

These people are used to hacking corporate networks and stealing banking data, sensitive information, and many other things.

They are genius and leave no trace, so if your system is hacked by these hackers, it is almost impossible to find them.

For example, after one of the cyber attacks, many efforts were made to find the culprits; finally, only four were found in Britain, but India’s prominent criminals could not be found.

Despite all the difficulties in finding the black hat, it has been seen that a number of them have been found by the authorities and punished.

Among the well-known ones, we can mention Adrian Lamo, Jeanson Ancheta, and Kevin Poulsen, who have made massive attacks.

Green hat hackers are beginners in hacking; they do not know much about the consequences of what they do and the security mechanism and web’s internal operation.

These people are very interested in learning and raising their position in the world of hacking, and while trying to learn tips, they may cause damage to different user accounts, which can be problematic.

Due to their lack of knowledge about this field, they cannot fix the bugs they have created in any way.

Grey hat have a personality between white hat and black hat, they may get help from the methods used by black hat to gain access to the systems of various individuals and companies to discover security bugs and provide them to the owners of companies and eliminate vulnerabilities in addition to strengthen system security, so they help you increase the security level of your systems.

Through this technique, most blue hat hackers use spam emails to reach their target and harm different people.

After accessing the personal information of individuals, they usually disclose it to the public so that the reputation of the person or company in question is destroyed; therefore, they achieve their goal.

Red hat hackers have a similar activity to ethical hackers; they do their best to prevent black hat hackers from gaining access to the information of people and increase the security of systems by identifying existing security bugs, except that they use ruthless and aggressive counter-attacks against black hats, which can sometimes destroy their system, so they want to help individuals and organizations, but the way of doing that is somehow exaggerated which can be problematic.

If you are familiar with white hats, you know that they always follow the rules of the organizations they work for and do everything under the supervision of their employers.

Still, red hat hackers do not follow these rules, which is not a good idea because it can sometimes be dangerous.

They choose aggressive ways to stand against black hats and other malicious attackers; they may even try offensive methods when they want to punish them for their actions.

Script Kiddies are also beginners, and they are very interested in this field; the difference between them and green hats is that they never seek to learn new methods and programming techniques to improve their level of awareness.

They buy malware, tools, and scripts online and use them to achieve their goals which can be harmful.

Green hat hackers may eventually receive various credentials in related fields and take training courses to learn how to be professional in this profession, but Script Kiddies may only see online articles or training videos and eventually gain limited information about the field, so they may be even more dangerous than other malicious types of attackers as they can do some irreparable damages to users’ systems that are hard or impossible to fix.

The world of hackers and hacking is attractive, and lots of people tend to raise their awareness about their characteristics, which is why we introduced some types of them in this article to help you get a little more data about this world.

We tried to resolve a misunderstanding and let you know that not all of them have malicious goals so that now you know that you can get help from some of them when your system is attacked, and you need to find the problem and solve it as soon as possible.

In addition, there are seven other types of hackers, among which we can mention State / Nation Sponsored Hackers, Hacktivists, Malicious insiders or Whistleblowers, and so on, each of which has specific goals.

They may obey the rules or not, which depends on their purpose, we hope this article can be helpful for you and you can get the whole idea about each type in addition to their goals so that you can get help from the ones who help you have a security system when needed.

What is meant by network security?