One of the types of cyber-attacks is cross-site scripting. In this article, we have introduced the programming language that is the main target of this attack.

Hacking is an extensive subject, and there are many ways in which hackers try to access the information of various users and their system. They are trying to use methods that help them achieve their goal as soon as possible, and another feature that these methods need to have is that users cannot find out that they have been hacked quickly, before addressing the main topic of this article, it is necessary to have an overview of hacking and  cross-site scripting. 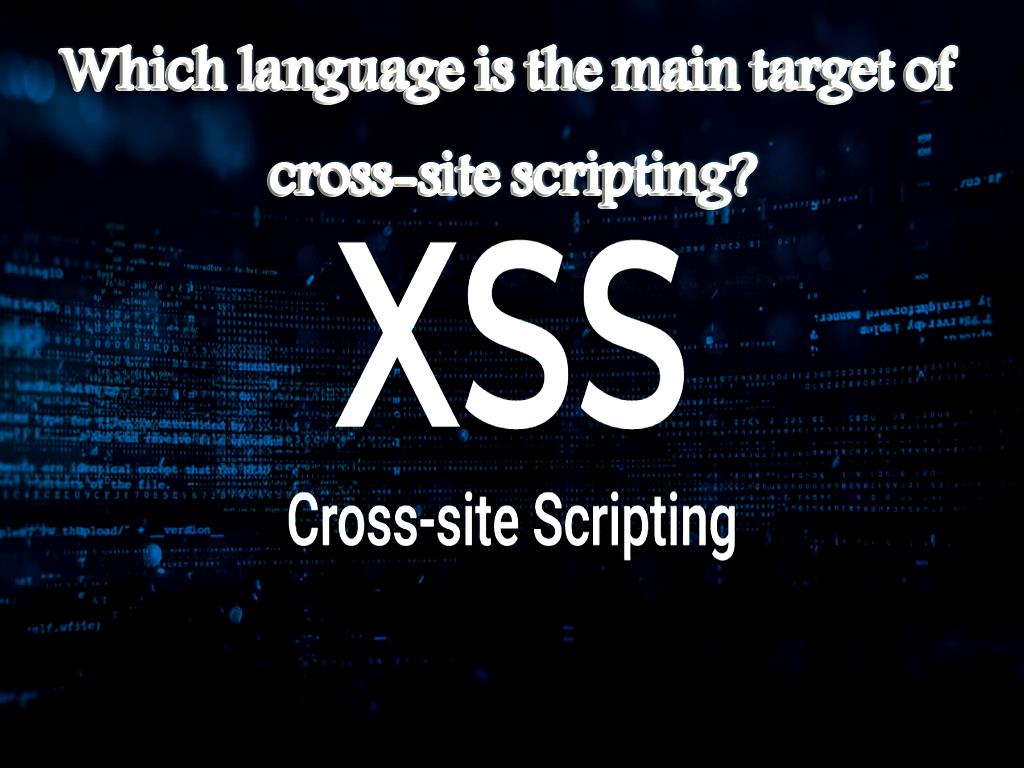 Hacking is a topic in which profiteers try to use the benefits of their computer talent to gain access to various systems and their information, and the people who do it are called hackers. There are many types of hackers, some of whom use their talents to help organizations  improve their information security, on the other hand. Some other types of hackers use their talents against the law. Therefore, there are different types of hackers, including white hat,  black hat, red hat, blue hat, gray hat, etc., hackers, which you can read the descriptions of each of them in the relevant articles on our site.

It is a type of hacking method which has attracted much attention and is popular among hackers. In this method, hackers create malicious codes and put them on reputable sites and others so that users who visit that site will be eventually hacked. This kind of attack has different types, among which we can mention Stored XSS,  DOM-based XSS, Reflected XSS, etc.

Which language is the primary target of cross-site scripting?

This question is the main topic of this article. The answer is  JavaScript, and infected JavaScript can cause a lot of damage to the system of different users. Therefore it is an important subject which we will briefly explain about it.

JavaScript is one of the programming languages ​​that different users can use to access many features. This language controls the way that web pages work.

When is JavaScript used?

In general, this language is used in many cases. JavaScript provides many features, including the ability to add interactivity to web pages, through which users can communicate with web pages better.

- JavaScript allows a user to zoom in on a web page, play and view animations or audio and video files, see more information by clicking a button, and so on, all of which are provided to users through JavaScript.

- In addition to creating  mobile web applications  and websites, users can also create web servers through JavaScript, which also provides many features.

- This  programming  language can also be used to create a game, and eventually, many users will be attracted to the game you have created.

In general, programming has attracted a lot of fans today. Many people have been able to make a lot of money by mastering programming, so we will briefly explain some of the programming languages.

One of the best  programming  languages ​​that many users prefer to use and have many capabilities is Python Programming Language. As we have mentioned, programming is very lucrative for people who work in this field, which is why different people try to work in this field. Our suggestion to you is that you should take this serious language to die to the fact that with the help of it, you can take important steps in programming. In general, this language provides many features in data science and machine learning.

When you plan to work on a large scale, and you want to program a large organization, the language that we suggest to you is Java, this language is also used in the  development of Android applications, and since many users use Android, it is necessary to have mastery of Java as a programmer, it's easy to learn, but it's a little harder than Python. You need to work harder to master it.

After learning this language, you can surely find a good job and earn a good income through it, and it should also be noted that ,this language was known as the first programming language for a long time.

This programming language is a little harder than the previous ones ​​we have mentioned, so you need to spend more time and energy learning it. This language has two important features that have attracted many users, including its high speed and stability. If you master this language, you will also guarantee your future work, so you should get started as soon as possible and learn this type of programming language.

Google makes this programming language, and learning it is relatively simple. Still, the important thing about this language is that if you want to learn programming to find a job, it is not a good option because various organizations have not widely used it. The ones who use this language are often working on a specific type of project, so having expertise in this type of language for people who want to find a job and earn money is not a great option.

This language is widely used to  develop iOS applications, and because many users use iOS-based devices, this language can also provide many jobs for programmers.

This language is easy to learn, and at the same time, it has many fans who learn and use it in programming.

This language is used in different industries and jobs to analyze different data and be easily learned.

So far, we have several programming languages. However, it should be noted that despite all of them, many users are still turning to JavaScript, which is why hackers are becoming more and more interested in  cross-site scripting hacking.

What is the reason for the popularity of JavaScript among developers and users?

- The only native programming language for the web browser

- It is relatively easy to learn

- Providing a lot of jobs for specialists in this field

In general, if you use any language, it is necessary to take the security of the system seriously, so that you can do the following in case of such attacks, there are many solutions to  achieve a high level of security  against such attacks, and it is necessary to follow many points properly to achieve your goal, so here we are going to mention some steps which you can take to increase security:

- Cleaning up all input strings by developers, so with the help of this method, the existing information of your system is not going to be destroyed due to a hacking attack.

- Scanning all the items on the site so that if there is a problem, you can quickly recognize and try to repair it.

- Users shouldn't enter websites that are not reputable, and it is also necessary for them to be careful and not to click on any link that exists on different sites.

- Users should never underestimate the use of antivirus, and it is necessary to use a strong and appropriate one.

- Another point that the user should pay attention to is that they should disable scripting in their browsers, which can help a lot to  increase the security of information  - users should refer directly to the sites they intend to visit and not enter them through links in other sources or through a third-party source.

In the user's system.

In general, many hacking methods are used by different hackers. In this article, we mentioned the  cross-site scripting  and also stated which language is the main target of this attack so that you can be more aware and  protect your system and information  from being hacked by this method.

Website SEO analysis services
How can iPhones be hacked?

Can you install cracked apps without jailbreak?

What is the major concern of cloud computing?

Why do I need a firewall?