One of the various types of hackers that are operating around the world is blue hat hackers, which we intend to further explore in relation to their goals and characteristics. 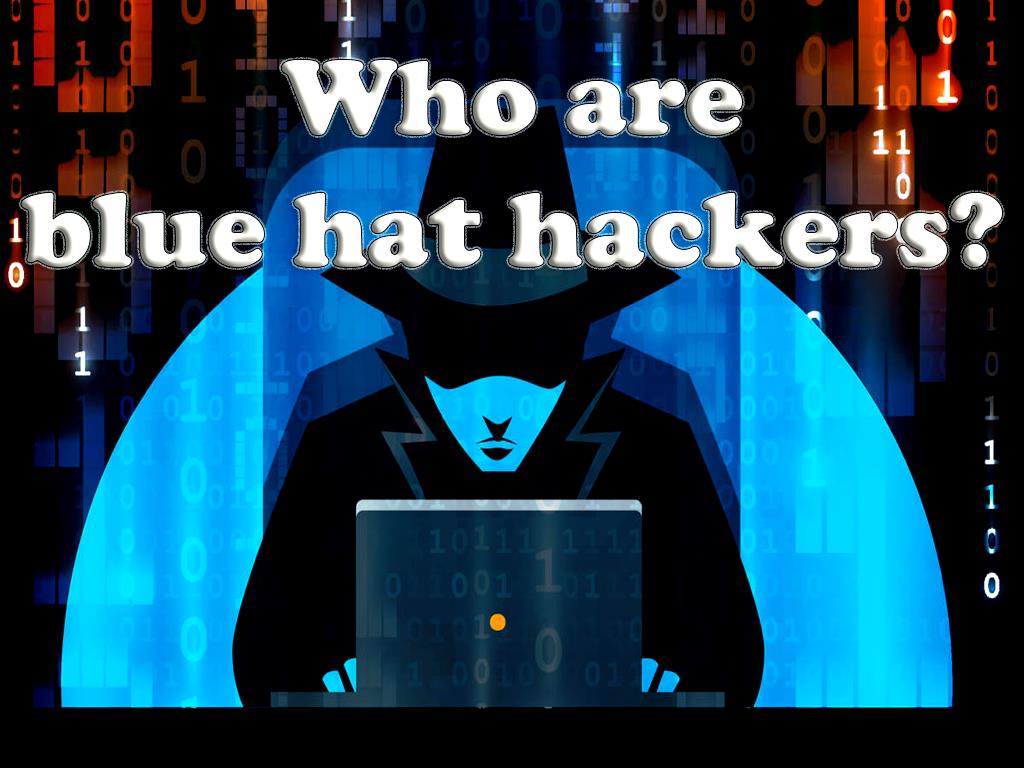 Hacking is a set of activities that ultimately cause  security  holes in a system to be found and the information in that system to eventually be made available to hackers, in other words, the history of hacking dates back to 1960, and the number of hacks that occur is increasing day by day, and the concern of users who are connected to computer systems or the Internet is generally increasing, and all efforts are being made to follow the necessary points in connection with  increasing the security of the site  in a principled way and block the way for hackers to enter users' system and keep their information safe.

In general, it should be noted that the efforts of hackers are often in contrast with the existing rules and regulations because they try to infiltrate the systems of various individuals and organizations to carry out malicious activities and damage the system as well as information of site owners, of course, it should be noted that many hackers also test the sites to  increase the security  of various individuals and organizations systems, it has a process in which hackers report if there is a  security  hole in those sites, so the owners of organizations should take action and fill those security holes to preserve their information, many hackers, known as a red hat, have decided to change their field of activity into being white hat after being caught and imprisoned by the police and try to use their knowledge to help different people, Blue hat also does their best to find security holes, which we are going to discuss in more detail below.

Who are blue hat hackers?

Before a company or system is established, blue hackers examine all possible security holes and software errors so that they can ultimately help  increase system security  and block the way for malicious hackers to infiltrate the system, these types of hackers, in most cases, are invited by companies to do the necessary research and find and report vulnerabilities. Still, they are not hired in companies, on the other hand, when you search for their characteristics, you may encounter the one that points to the fact that they are a kind of hackers who are very interested in learning hacks to take revenge on other people, these hackers are very similar to Script Kiddies and use hacking to attract the attention of other users.

What is this hat the Microsoft hacker conference?

One of the most important events in the field of  cyber security  is the blue hat Microsoft hacker conference, in which all Microsoft engineers meet with its hackers and review all the points related to the  security  part of the system so that they can significantly increase the security of their systems, Window Snyder started this event, which we are going to learn more about her in the following.

Who is Window Snyder?

Window Snyder was very interested in encrypting and analyzing information from the beginning. Finally, she carried out his activities in  cyber security  and pursued this goal in an advanced way. All her efforts were to eliminate security holes in systems through which hackers can infiltrate the system. Eventually, she worked as a senior  security  strategist at Microsoft in the security and communications engineering group. She did many things, one of the most important of which was creating the blue hat Microsoft hacker conference, which we have briefly mentioned in this article. Hence, while working at Microsoft, she joined companies and other systems and worked hard to increase the security of all the companies she entered.

In general, she was very interested in the security of a system. In this way, she regularly presented different strategies to achieve her goal, raising the trust of companies and systems.

What are the characteristics of blue hackers?

Blue hat hackers have personality traits that make them more specialized in their profession, for instance, they have a lot of curiosity, but it should be noted that this personality trait is common among many hackers, this trait that causes them to have a lot of questions in their minds about a system and company. To answer questions, they prefer to do some acts against the rules.

In the following, we will discuss more features related to blue hackers.

Of course, if you have had a brief study of hackers to date, you know that these people spend many hours a day working with their computers. You can never get them away from their computers for a long time, simply put, they are addicted to their computer and do their best to understand more and more of the details in it.

Some of these hackers, who have a great desire to take revenge on others, do their best to show their abilities to other people with whom they do not have a good relationship by harming them. There are many reports about this type of hack that people have been attacked because of not observing their system's security and having enmity with such hackers.

- Tendency to break the law:

In addition to blue, other hackers try their best to break all the rules in a company or system and act against the existing rules. It should be noted that the type of  blue hat hackers  who are invited to find the security holes of companies, do not have this characteristic and are only trying to help the company to produce software with a security hole.

Creativity  is one of the personality traits that you can see among all types of hackers. This moral trait causes hackers to become more and more specialized in their profession and pursue their goals more quickly.

Computers have a lot of complexity, and many people want to expand their business in the field of computers and reach many specialties, especially in the field of hacking, but in your opinion, can everyone do this profession? Does everyone have the ability to become  a professional hacker  ?

The answer to this question is no because only people who have high intelligence can work professionally in this sector and become more successful and famous day by day with their effort and perseverance among all internet users.

Blue hackers have a personality that is called risk-taking. While working with a computer system, they try all the ways to achieve the desired result, and they are not afraid of taking any risk to reach their purpose.

Most of the hackers have an introverted personality and do not like to be in crowded groups and prefer to have little contact with people in the real world. If they are in a group of people, they cannot communicate well with others properly, such people have few friends and are more inclined to spend their time in quiet places. 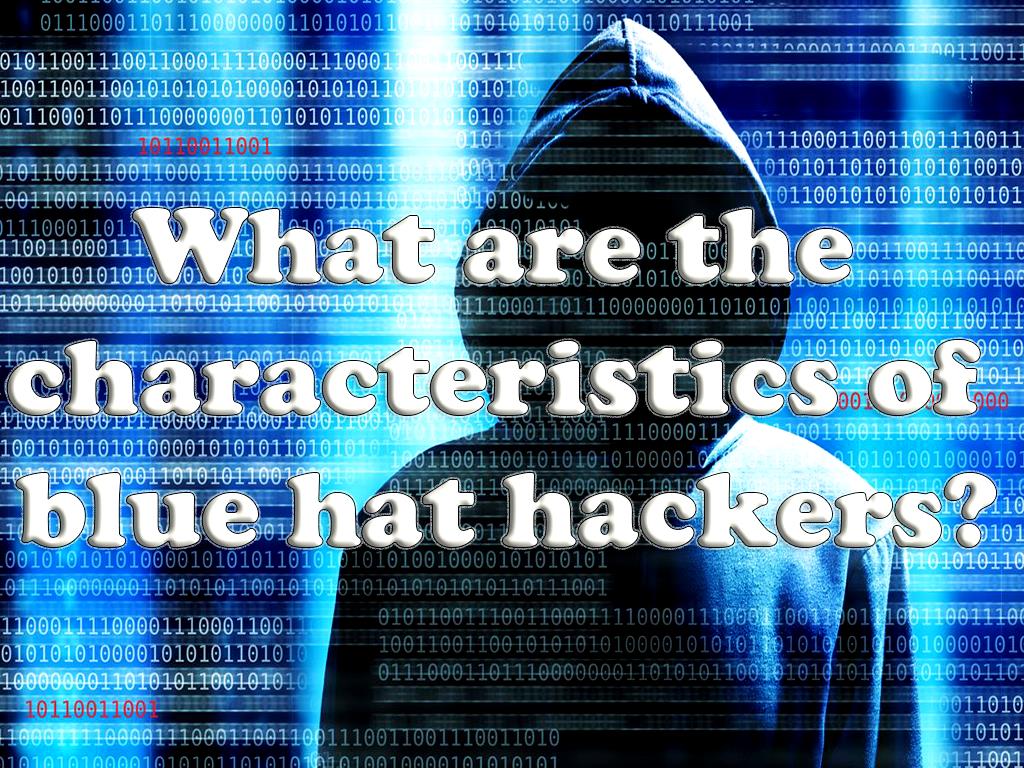 The world of  hacking  is huge, and if you read a lot of articles about it, there is still more information left, which you should try to gain, so you need to spend a lot of time on it, which is why we tried our best to help you in this field, we tried to introduce you to this hat hackers and give you tips on defining them as well as their personality traits.

Website SEO analysis services
Is Roblox safe from hackers?
Is anti-malware necessary? And What is the best anti-malware?
4 steps you should take to secure your Gmail account right away
Does windows 10 need antiviruses?
Is PayPal payment secure?
How do I protect my security cameras from theft?
Can you hack into someone’s TikTok?
The most popular mobile app hacking methods you should know

Easy way to hack Instagram account without password
How to hack any laptop connected to the same Wi-Fi
How to hack TikTok accounts?
What are the negative effects of cybercrime?
How to cheat on Zoom exams?
What are the types of security?What is the main and important type of security?
Does Norton have mobile security?
Can online banking be hacked?
How many social media accounts have been hacked?
Is it possible to secure data on the web?
What is the difference between reflected XSS and stored XSS?
What can a hacker do with Chrome Remote Desktop?
Scroll to top