Nowadays, there are a lot of top hackers in different countries around the world. Do you know which country has the best hackers in the world? Here is the list.

Users are afraid of hackers, perhaps because they do not know much about them, and they may even think that they are superhuman. Still, in fact, all hackers are like normal people. The only difference between them and ordinary people are the great intelligence and talent that they have in the field of working with computers, which causes them to master this field, and their interest cause them to learn more and more, as a result, they will be more professional day by day.

The obvious point is that  hackers  use their ability in the wrong way. Still, if the reason for their interest in hacking is properly identified, it can be used in a positive direction to identify bugs in large sites, software, etc.

In this article, we tried to introduce them to you as much as possible and describe their personality traits so that you can keep your personal information and site safe with more awareness in the world of hacking. 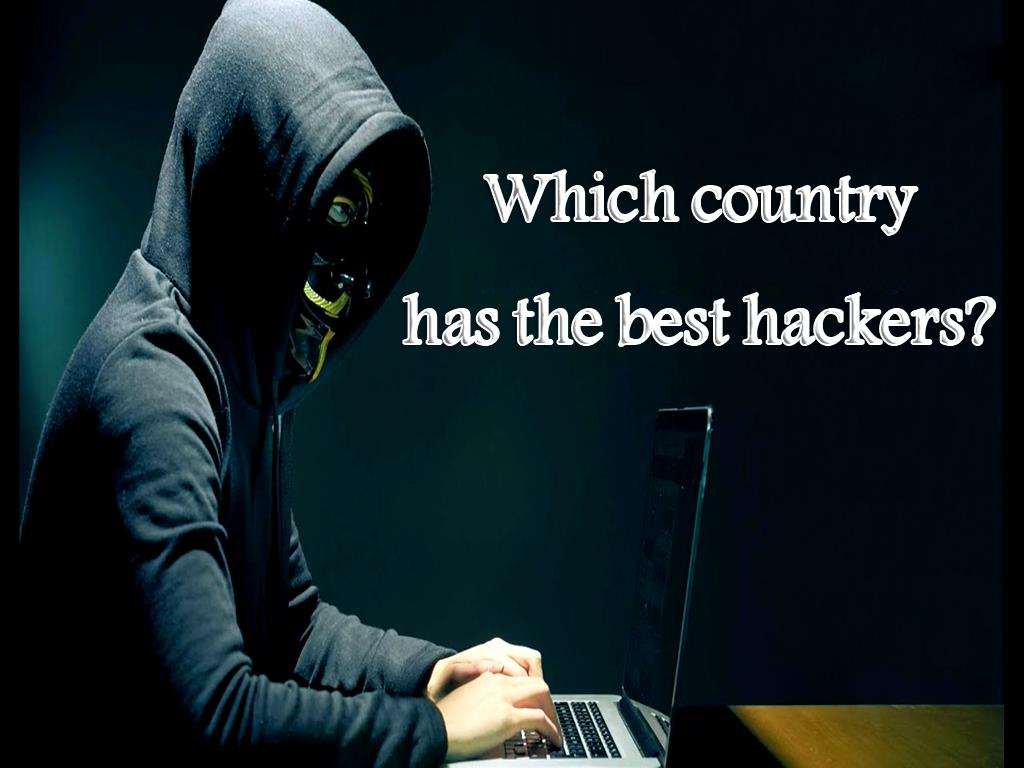 There is no exact history of hacking. Since users started working with computers, there have been some people who started to hack websites and accounts, and with the improvement of science and technology, the number of people who worked in this field was increased, and finally, the word "Hacker" was first used in 1950, referring to people who tried to prevent websites from improvement by creativity and intelligence.

Nowadays, different countries have different statistics on the number of hackers in them, some of which have become countries that contain the most  professional hackers, which we are going to mention below.

Which country has the best hackers?

Anonymous is a group of hackers that exist in the United States, making it the second-largest, as well as the top 10% of hacking traffic.

After the United States, we can mention Turkey, which has 4.7% of the world's hacker traffic, as well as  strong hackers.

From 2011 to 2012, due to the volume of attack traffic from Russia, this country still has a lot of  hackers  who use personal information to manipulate computers and use their information.

It is a geographical area that, despite its low population, contained 3.7% of the world's hacking traffic in 2012.

Most of the  hacker traffic  is in the countries of the Southern Hemisphere, where Brazil's overall share of the world's cyber attacks is reported at 3.3 percent.

Romania is also one of the countries that can accommodate many hackers, and it accounts for 3.3% of the world's cyber attacks.

India has a lot of programmers, and there are also a lot of hackers in this country which accounts for 2.3% of the world's hacker traffic.

1.6% of the world's  hacker traffic  is in Italy, where well-known hackers have been able to hack a lot of information and access many user accounts.

This small country accounts for 1.4% of the world's hacker traffic, a large share of traffic volume.

It should be noted that hackers have categories; there is a group called  White Hat Hackers  who use their talent and knowledge in the way of helping brands and organizations and try to identify the security holes in the systems associated with these organizations and brands under the supervision of individuals to identify these bugs before other hackers can detect them and fix the related problems quickly.

These hackers use all their power in a positive direction, but apart from this category, there are other types of hackers, such as Elite Hackers,  Black Hat Hackers, Pink Hat Hackers, Gray Hat Hackers, etc., each person in each category has different personalities, but they also have several characteristics in common, such as curiosity and other ones that we are going to discuss the characteristics of the best hackers in the following.

What are the characteristics of the best hackers?

- Having a great sense of curiosity:

Curiosity is one of the senses that can lead to things that may not occur to other people at all. Curious people are always inclined to try different ways and come to a conclusion, thousands of questions come to their minds about everything, they also do not give up and continue on their way even if they do not get answers to their questions, after the arrival of new  software  or anything, these people examine all its dimensions and test the various paths that exist to achieve the default goals of the software and try to find and achieve the things that the rest of people do not even think about them.

- Dedicate many hours throughout the day to work with their computer:

As we mentioned before, hackers have a lot of knowledge which they have gained through study and also a lot of experience, so they have to spend a lot of time learning and trying out the things that they have learned, which is why they spend many hours throughout the day behind the system and get addicted to their computer.  Hackers are not interested in giving up  in the middle of the path they have started, and they do their best to achieve their goal as quickly as possible with great perseverance.

- Great planning and order in doing everything:

You might think that the character of hackers is so confusing, and they do not have order in any of the tasks. Still, it is the opposite, they are extremely orderly people and have a schedule for every task that they want to do, a hacker must be able to organize all the information he/she obtains in an organized and orderly manner on his/her computer in separate files, if necessary, as a result, the order is a prominent feature of hackers.

Hackers  love what they do and spend their time doing it to be the best hacker and to be known by a lot of people; they may encrypt top-secret information about a large and specific organization that no hacker had been able to access information to be known by a large number of people, so they try to hack such organizations and make their information available to everyone to become famous this way, they also have a desire to do things that are strictly prohibited by law and are interested in anything that is against the law.

- Get help from scientists:

As we said, these people are so intelligent and are constantly trying to learn to use the computer to achieve their desires with complete mastery.

- They have a lot of perseverance:

In general, professionals show their professionalism by their actions, and they never define themselves in front of other people. They do their best to prove this fact to everyone through their actions.

In general, there are   many hackers  who are so professional, and the number of these people is increasing day by day; with a complete acknowledgment about these people, you can  establish your site security  in a more specialized way if you consider yourself as a hacker while checking for bugs on your site, and check it from their point of view, so that you can identify any security hole and try to fill them to avoid being attacked by professional hackers because the existence of any security hole in your system can give them the opportunity of  attacking your website  and accessing your information.

Can free antivirus be trusted?

How secure is the digital payment?