Malware is some programs written to use your phone's vulnerabilities and access your information. We will check how we could scan a phone to detect active Malware.

Some of us may have happened that when we are working with our phones or systems, we find out that they are not working properly and are slowed down. In these cases, it is recommended to check if Malware has been activated in our system. We find out that our system is infected with a virus. In this article, we will give a full explanation of what Malware is and how we could scan our phone and system for that. In addition, we will see some ways to get rid of them completely. 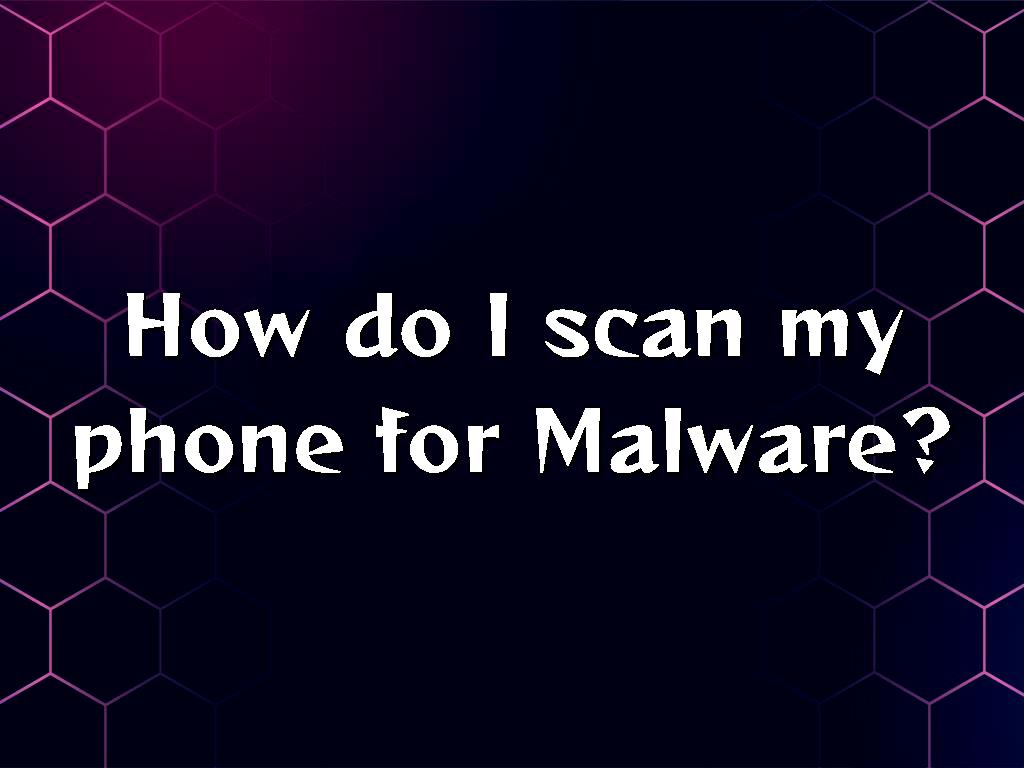 Malware is a piece of code written by programmers to infect and do unwanted or malicious tasks without the system owner's permission. This term generally refers to all malicious code and programs. Generally, any type of code placed on your system and performed an unwanted operation is known as Malware. Malware can infect phones, tablets, and computers. Once logged in, Malware can do things like sending spam emails, stealing information and host account passwords, and so on. Malware can use a variety of different methods and techniques to execute itself. For example, some of them use your system as a victim to perform hacking operations on other systems; some collect users' personal information such as bank account numbers, passwords, and usernames, and may even cause big problems on users' systems. Malware can also log in through security holes in your site's application.

Types of Malware can include the following:

Viruses are programs that multiply themselves. In addition to reproducing, they also carry out malicious operations. Viruses need to be run by an application or user to destroy and infect systems.

Worms are Malware that infiltrates computer network holes. After entering the network, the worms perform malicious or profiteering acts, such as:

- They search for computers to find vulnerable systems.

- They attack an insecure computer and run a program on it.

- They use this system to attack other systems.

Trojan horses are programs that seem to be useful and deceive the user into running them. In addition to performing the action desired by the user, they also secretly perform other malicious actions. For example, the user downloads and runs software from the Internet, while implementing the software, a virus enters their system.

When a system is attacked, a hacker inserts one or more malicious programs into the system to enter the system through secret channels in the future.

This Malware steals information from computer systems. Spyware can be installed by other Malware, such as Trojan horses or worms, or installed directly by hackers. Another method of spreading spyware is using mass incitement or social engineering methods, such as email, to persuade users to install a seemingly useful program. Some spyware called Keylogger stores any information that the user types after execution and can even record the user's work and send it to others on the network or the Internet.

When a hacker installs Malware, they try to do it secretly, and all the program files and even the program run secretly. Rootkit programs manipulate the operating system to allow intruders. For this reason, the purpose of rootkits is to hide other Malware.

Adware is programs that are displayed without the user's consent, like popup pages. The extent of the destruction of this Malware varies. For example, if it is installed on the operating system, it can steal user information or cause problems in other software. But ads placed on browsers are less harmful. This Malware aims to open specific web pages for commercial and advertising purposes.

Can my Android phone be infected with Malware?

Android phones, like computer systems, can be infected with various types of Malware. As some users receive their software from third-party stores, the likelihood of installing malware increases even more. While there are solutions such as flashing the ROM and returning to the factory settings, you do not have to do them from the beginning.

All Android devices are protected by a feature called Google Play Protect. No matter where you get the apps you want, Play Protect checks them. As a result, your Android phone is equipped with a pre-installed antivirus. If you get the apps you need only from Google Play, the chances of infection are minimized. Google does its best to evaluate apps uploaded to the company's store; however, in some cases, an app may be able to cross the security barrier. If you have to get the required programs from third-party stores for various reasons, you need an antivirus program along with programs that detect Malware.

Certain types of Malware are more interested in using the computing power of your device. Modern smartphones and tablets have processing and storage power. You may find that it takes longer to download apps or pause web pages before responding to clicks. Of course, this can have many causes, and uninformed users often ignore it and blame the carrier or Wi-Fi company, but keep in mind that slowing down can be a sign of a malware attack.

If your device is the target of Malware, it often appears as a breakdown in battery life. As with slowdowns, most users think that batteries are less efficient over time, while a specific malware infection can cause this malfunction.

An undeniable sign of an active telephone is heat. When the phone is not in use, the surface of the device should not be hot. The excessive heat of the phone, especially when unused, can be a sign of a malware attack. 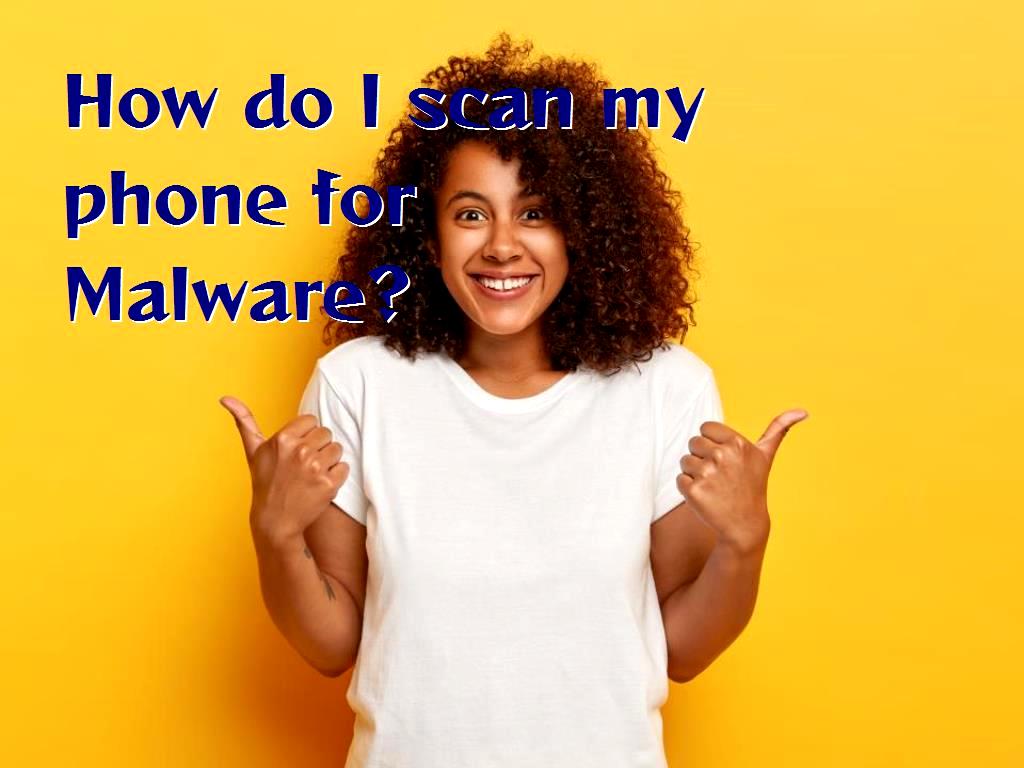 A lot of antivirus programs have been uploaded to the Play Store. However, only a handful of these applications provide the functionality. If you feel that your Android phone is infected with Malware, it is not bad to download one of the apps you will see below and scan your device through it.

It is one of the most popular names in desktop security. Malwarebytes also offers an Android version and offers a free version that you can use to scan your device to keep it free of Malware. While scanning your device, this version enables you to find and remove any threat. It also evaluates the permissions assigned to applications and allows you to manage the status of permissions that an application has obtained. The $ 12 one-year professional version offers real-time defense and removal of malicious programs.

The next antivirus that is one of the best for Android devices is BitDefender (it also has a free version). The Android version of this product is easy to get used to, and through the BitDefender cloud service, you could also scan the memory of the Android phone. Being super-centric and free means that you will not have too many capabilities. In the free version, you will see ads.

Another way to remove Malware is to use the Safe Mode feature. Safe Mode performance is not unlike Windows Safe Mode. Android safe mode launches without running any additional processes and applications. As a result, detecting Malware is easy.

- Press and hold the power key until the power menu appears.

- Touch Power off and wait for the message Reboot to safe mode to appear. Now touch the Ok button.

- Wait for the phone to reboot. After running Android, you will see the Safe message mode at the bottom of the page.

If Android does not run properly due to infection and you do not see the Power off the menu, do the following steps.

- Turn off the phone completely.

- Press and hold the Power, volume up, and volume down keys.

- When you see the manufacturer's logo, release the Power button, but hold down the two-volume up and down buttons.

- After booting Android, you will see the Safe mode message in the bottom corner of the page.

Click to analyze your wesbite SEO
Can you hack into someone’s TikTok?

What does a security audit consist of?

What would happen if someone accidentally clicks on a suspicious link?