Getting started with Xamarin.Forms and How to Install Xamarin on Visual Studio

To  install Xamarin  on different types of old and new versions of Visual-Studio, which is free and does not require any additional and separate permissions, you can use the Visual-Studio installer tool, which simplifies the process of installing Xamarin on Visual Studio. 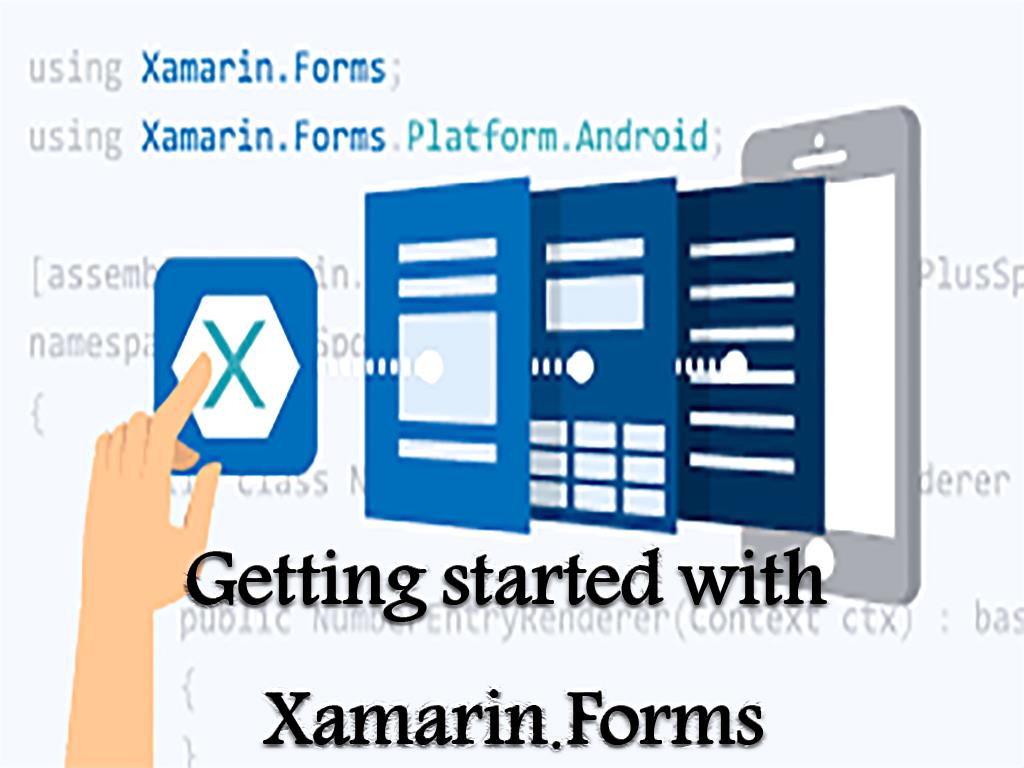 What technologies do we need to install this on?

Here are the requirements to install Xamarin on  Visual-Studio  :

If you are using the  Visual-Studio Express version, Xamarin may not be compatible with that version of Visual-Studio because some plugins are not supported.

Steps to install this on Visual-Studio:

1- In the first step, if you do not have Visual-Studio installed, you must download and install it from the main and valid Visual-Studio homepage. Download versions depend on your wishes. Download Visual-Studio Community, Visual Studio Professional, or Visual-Studio Enterprise. Visual-Studio download https://visualstudio.microsoft.com/downloads/
2- After downloading the Visual-Studio file, select and download the downloaded package option to install it.
3- Next, the Mobile development with  .NET  option will appear on the installation page, select it and click on it.
4- After clicking the Mobile development with the .NET option, pay attention to the Summary section on the right. In this section, all the installed items with Visual-Studio are displayed. Items such as this Profiler, Xamarin Workbooks,  Java SE Development Kit, Android NDK, Android Emulator ... will be installed with VisualStudio.
5- After reviewing and preparing other items, click on the install option to finally install VisualStudio on your system. The time it takes to prepare and install VisualStudio depends on the version. This means that depending on the type of VisualStudio you have chosen to install, the preparation and installation process will take some time.
6- After completing the VisualStudio installation process, click the Launch option to set up and prepare VisualStudio.

Now that VisualStudio is installed on your system to  build mobile applications  on different platforms, it is time to install and launch this in VisualStudio. After installing VisualStudio, Xamarin should be installed for  programming  and building applications.

How to add Xamarin to Visual-Studio 2015?

To add this to Visual Studio 2015 on Windows, you must follow these steps:

1- Click on Windows Start, then select Windows Start to continue the process.
2- In the Windows Start section, right-click on the Microsoft Visual Studio option and select Change.

3- After selecting the Change option, the Visual Studio Installer window will appear. Select the Modify button in this window.

4- In the Features section, scroll down to reach the Cross-Platform  Mobile Development  section. You can select this option with your preferred version of C # / .NET (Xamarin) in this section.

5- To add this to Visual Studio, you must select the desired version of Xamarin and then click the UPDATE option.

If you follow these steps carefully, you can install Xamarin in Visual Studio version 2015 and then start programming and  building the application.

How to ensure the correct installation in Visual?

To confirm the installation steps of this on Visual Studio, it is better to pay attention to the following:

Confirmation of its installation in the 2017 version of Visual:

1- Launch Visual Studio 2017.
2- At the top of the toolbar, click Help.
3- If Xamarin is installed and set up correctly, an additional Xamarin will appear in this section. This means confirming the installation of Xamarin in 2017 by adding the Xamarin option in the Help section of Visual Studio.

1- Launch with any version.
2- At the top of the toolbar, click Help.
3- In the Help section, click the last option, the About Microsoft option.
4- If in this section, among the installed lists, there is also a

Confirm its installation in other versions of VisualStudio:

Xamarin installation  list means that this installation process has been done correctly and is ready for programming.

Xamarin.Forms are the user interface or UI designed and created for the convenience of application developers. Application developers are using this. Forms can easily program in VisualStudio with C # programming language on several Android, iOS, and Windows Phone platforms and develop native applications. The APIs in Xamarin.Forms can design and build different types of native applications on various platforms such as  Android, iOS, and even Windows.

Techniques for creating a UI in Forms:

1- Creating a UI in the source code using the APIs provided by Xamarin.Forms itself.
2- Using XAML scalable markup language software, which was designed by Microsoft itself as a markup language, for UI design

In the second method to create the UI, the code related to creating the user interface is stored in a  XAML  file in XAML format, but its behavior at runtime is stored separately in a code-behind file.

Methods of designing and building native applications using in VisualStudio:

There are two ways to design and build native and multi-platform applications using VisualStudio:

- Forms technology:
In this method, a user interface is designed visually, used to  design applications. Minor changes can be made in the common code between platforms using this user interface. It should be noted that UI codes and backend codes are common to all platforms.
- Xamarin native:
In this method, using this. Windows, this. Android and Xamarin.  iOS  libraries, you can code and build an application for each platform separately.

In using this FormForm, the codes written in all platforms are shared, and only by applying a small change in them can different outputs be obtained simultaneously and using common codes.

What can the platform be used for?

How to run the program?

How to run the program in Xamarin FormForm is that all pages and controls are related to the native user interface on their platform. This means that running the app on the Android platform is different from iOS, although they have the same code.  Xamarin  Form will appear on the iOS platform as UITextView, on the  Android  platform as EditText, and Windows as Textbox.

One of the misconceptions that most people have is that they think Xamarin is the same as Xamarin form, but they are very different from each other, and even their functions are different. One of the important differences is that using Xamarin can be programmed separately for each  Android  and iOS platforms. Still, in using Xamarin form, different platform outputs can be programmed and programmed at the same time. Various Android and iOS. In using Xamarin to build native applications on different platforms, separate coding must be done, and it is not possible to share the code in Xamarin.Forms, but by sharing the code in Xamarin, the FormForm can be coded only once and take various outputs simultaneously. 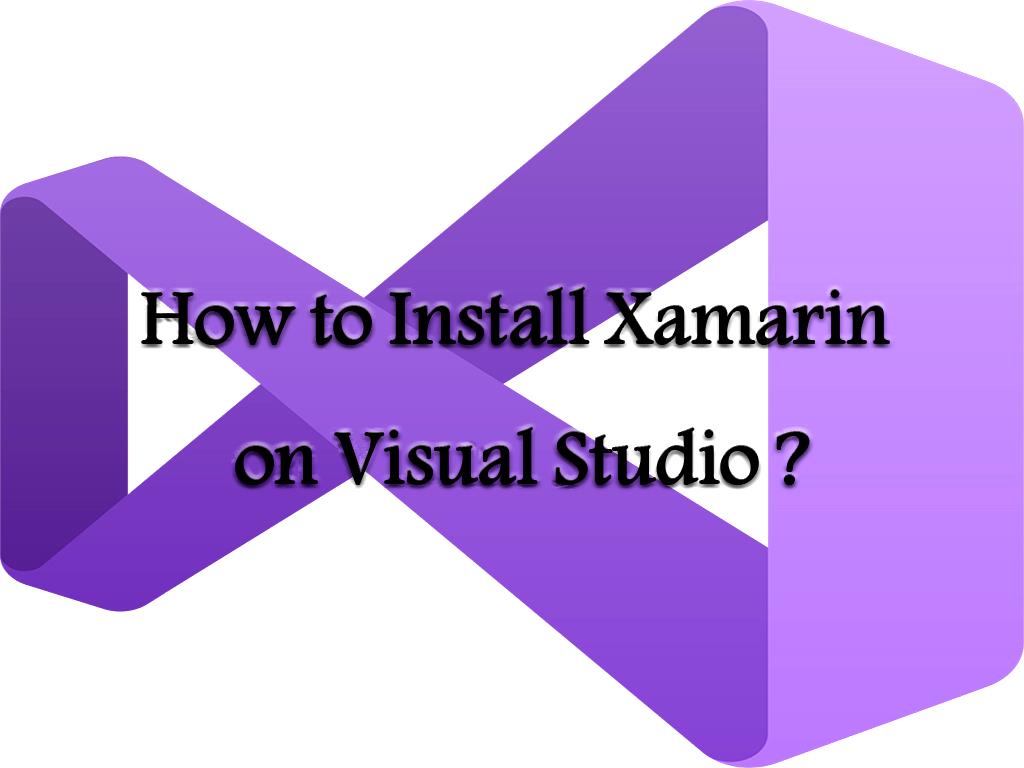 Why use to design and build native applications?

1- The  programming  language for building and designing all native applications is C #, and for outputs on various platforms, there is no need to re-code.
2- The basis of all platforms is equal, and with just a little change of code and sharing them, different outputs can be obtained in different platforms.
3- Xamarin.Forms have access to all .Net libraries, and in programming with Xamarin, you cannot access the .NET library.
4- It is easier to manage and maintain  applications  designed using Xamarin.Forms, because you have to change the source code when you want to update the application or make changes to it. Because the code in the source is very close to the code of different platforms, it is easier to maintain and manage them.
5- this. Forms can also be used effectively to test various applications designed on all platforms. In this case, Xamarin.Forms provide some tools for developers to test the application on real mobile devices and solve their problems.

Getting started with iOS development

How do you deploy on the App Store?

What are snackbars in Android systems and how can they be used?