Trojans can be dangerous and have a negative effect on our PC, it is better to get acquainted with their types, follow this article to prevent the system from being hacked by a trojan.

Malware is also a type of computer program designed and developed by humans. Malware is like  software and is designed and developed  by individuals. But the difference between software and malware is in their use. In this case, the malware can be designed to disturb users and damage their systems. But software is designed to meet users' needs, and users can use them to meet their own needs.  Malware is designed to harm users' systems and sometimes even to hack into their systems. It should be noted that there are different types of malware, and among them, we can mention viruses, worms, etc., which in this article we want to tell you about its.

What is a Trojan?

It should be noted that it are the same computer programs designed and produced to destroy and damage systems.  this are called malicious software or malware. This type of malware or malware can attack different parts of the user's computer that are programmed and cause the destruction or theft of data or damage to the system.

It is good to know that the name of this malware is derived from the Trojan horse. Choosing this name for this malware has an interesting philosophy and story. In ancient times in war, the Greeks had chosen a way to defeat the enemy, and through this, they were able to defeat their enemy. In this way, the Greeks, using the method of deception, were able to deceive their enemy and invisibly enter their territory and defeat them. The clever Greeks made a large wooden horse and wanted to give it to their enemy and tell them they intended peace and goodwill. The enemy of the Greeks was also deceived and accepted the gift, which was a large wooden spoon. Inside this large wooden horse were Greek soldiers who, after a large wooden horse entered enemy territory, the cavalry came out of it and fought. The name of that big wooden horse was also Troy. The horse's name, which was Troy, was the same as the enemies of the Greeks.

The reason for choosing this name for this malware is that, like  the Trojan horse built by the Greeks, it invisibly enters the other side's territory by deceiving the other person who intends to do good and destroys it after entering. Like the Greek Trojan horse, this deceive the user, and users think that they are useful software designed and developed by reputable sources, but when they enter the user's system, they destroy it.

As we have said, the Trojan, like the Trojan horse, first introduces itself as a useful and valid software to persuade the user to install after the user is persuaded or deceived by another user and installs it on their system. Kurd, his system will be given to the Trojan and destroyed. A special feature about it is that users cannot see or recognize them. After installation, the Trojans will secretly and gradually engage in sabotage the system. The user can not notice it unless he sees that his system is damaged. In this situation, it can be detected that the malware, which is a type of malware, is damaging the system.

In some cases, hackers may design trojans for purposes and send them to various user systems for espionage to spy on hackers and steal or destroy data. Of course, one feature that Trojans have compared to other malware and viruses is that this are not reproducible and do not multiply.

How do Trojans Work?

After the hackers trick the user and install it on their system, they started their spying and destructive activities. First, they create a Back Door. Hackers and hackers can access user data through the same back door.

How does a trojan enter the system?

How this enter the system can be different and varied. For example, entering an infected and malicious site opens a way for a trojan to enter your system. Or malware may enter your system via suspicious emails.

There may even be some suggestions for installing  different types of applications and software. In this case, after installing the application on your system, it opens the access path for the Trojan to enter your system.

As we said above, Trojans are not like other viruses and cannot reproduce, but they have different dangerous types that we are better acquainted with than not to be deceived by them. Because Trojans appear in different types, it is better to be protected from their deception by identifying their types.

These types of malware and trojans are of the bad type because they are not detectable by antivirus security software and cannot be detected.

- This type of malware can secretly destroy all the files you want and damage them. 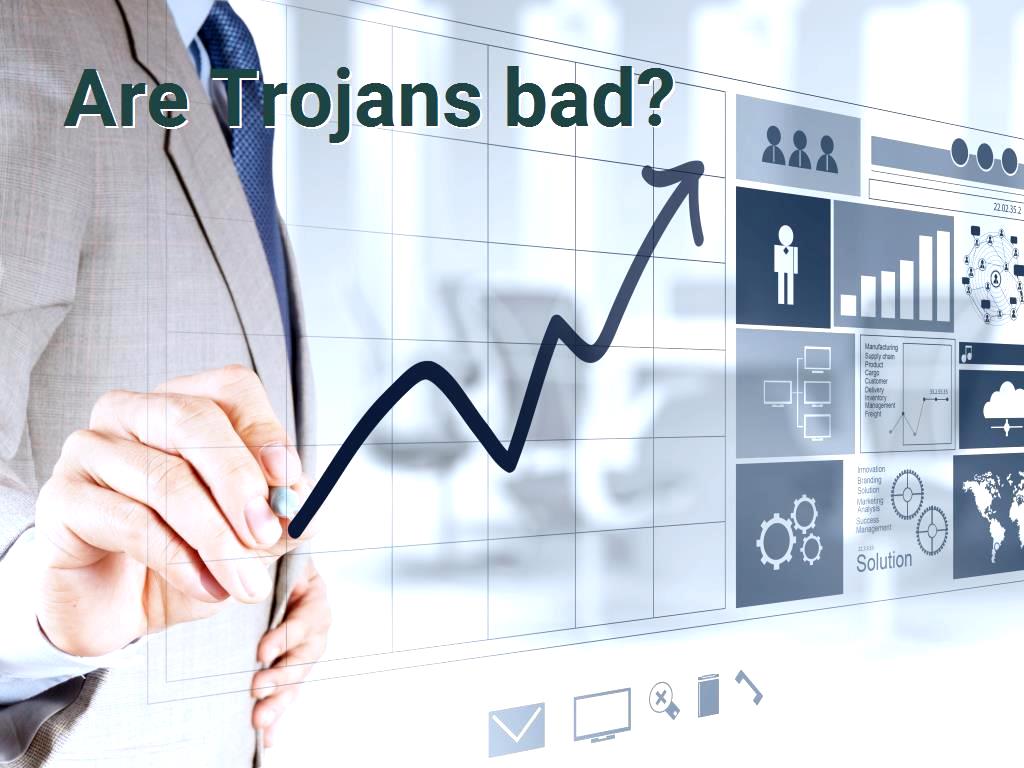 This type of malware focuses on and works on port 21 of your system to create a path for the movement of data and information.

This type of malware can also destroy your system's defense wall to reduce the security capability of your system and then provide the conditions for the import, growth, and multiplication of different types of viruses.

The purpose of this type of malware is to dominate bank accounts and data, which is designed and developed with the purpose and motive of theft.

This malware can access your messaging system and, through it, can also send messages to different people in your account. Text messages that cost you, and you are unaware of the content sent.

This type of malware also deceives users and users, without knowing that this software is malware, install it on the system to meet their needs.

This malware can also access your email account and then act like SMS sending malware. It sends messages and emails to different people without your knowledge.

How many categories are this divided into?

-  Rootkit Trojan malware  that deceives the user and, in this way, also wants to stay on the user's system for a long time so that it can steal data and information.

- Banker Trojan malware that tries to enter a bank account and steal.

-  Backdoor Trojan malware  can create a path for the hacker to access the system and its data.

- Downloader Trojan malware can also detect all malicious programs and software in your system and then upgrade and update it through the Internet connection to upgrade and develop this type of malware.

Ways to prevent the system from being infected with malicious malware

- As we said, malware can enter your system through malicious sites, so we must be careful in entering the sites and, in addition, try to install software from reputable sources.

- You can install an antivirus and software designed and developed to increase security ( in Czech:  software navržený a vyvinutý pro zvýšení bezpečnosti  )on your system. Although we have said that antiviruses do not have the ability to detect trojans, but to some extent, they can prevent the entry of different types of viruses.

- Install programs designed and developed for anti-malware ( in French:  programmes conçus et développés pour l'anti-malware  ) on your system and update and upgrade them regularly.

Website SEO analysis services
What are the types of Internet security threat?