One of the most common methods of cyber attacks among hackers is phishing, which we have given examples of these attacks so that you can raise your awareness.

=The  security  of a system is so significant, and users, especially large and small companies' owners, pay a lot of attention to this issue, so all of them try to increase the security of their information in the best way possible and do not allow hackers to infiltrate their information. However, there are still many hackers who can access important information in various ways and make the most of their hacking attacks, which may be through password hacking, social engineering, etc.; in this article, we are going to deal with  phishing attacks  and try to tell you a lot about this type of cyber-attack, Phishing attacks have increased dramatically in recent months. They have made users more and more concerned, so one of the best ways to avoid this type of attack from happening is to be fully aware of it. 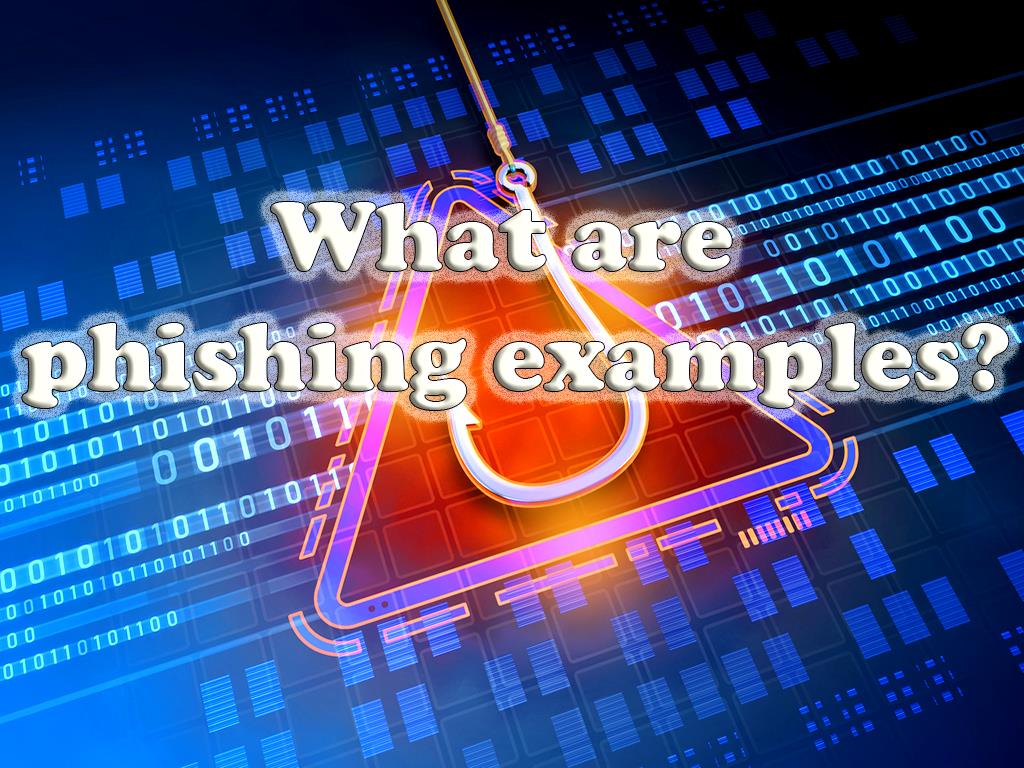 It is a type of cyber-attack in which hackers send a fake message which endangers all user data; through these attacks, hackers can easily access people's information as well as online accounts and cause malicious damage to the system, through this kind of attack, the hackers may gain a lot of money through the information they have obtained about the user's credit card, or make the most of other important information they have obtained in connection with a particular subject, the reason is that all users should be fully aware of  phishing  so that they can take care of their accounts and ensure the  security  of their information.

How does it happen?

Day by day, hackers become more specialized in their field of work and use smarter methods to track users to hack their accounts, which may shock the users and easily steal all the information in their system. Phishing occurs when these users respond to an email from a hacker and fall into the trap of hackers; those emails are often very attractive, which causes users to respond to them and may contain an urgent request, for example, in the email, you are asked to update your password quickly, or an email containing a request for few codes which is sent to you through one of the social networks, clicking on an infected link, etc., that all these requests are for hackers to infiltrate your account and gain access to your information.

These messages are designed so that the user thinks that it was sent from a reputable source. Suppose they are not immediately aware of their mistake. In that case, they may provide a lot of information to profiteers or hackers and give this opportunity to them to install one of their target malware on the users' systems; in fact, these people first identify the users they intend to target before  phishing. They try to influence the users' feelings and stimulate their sense of fear, curiosity, etc. The user acts quickly on everything requested in the email, so you do not have a chance to think whether your decision is correct.

As mentioned earlier, hackers are rapidly advancing their business and making their actions increasingly complex and difficult to make it harder for users to realize that their accounts are being hacked to be less likely to be involved in such attacks in the future, the best thing to do is to be fully aware of the different forms of  phishing attacks, so if a hacker tries to steal your information, you can make your account secure by having enough information in this field.

So far, we have told you about phishing emails. Still, in order not to get caught up in this form of phishing, you should pay more attention to the fact that these emails are the same as the ones sent to you from a legal source, such as a bank customer's support. Still, with paying attention to the sender's address, you can suspect this email and delete it quickly so that hackers do not reach their target.

Deceptive Phishing  is a type of phishing attack in which the hackers threaten the users and also create a sense of fear in them, causing the users to do whatever the hacker requests in the email quickly, and the hackers get whatever they want, hackers use the company logo with very few changes to show that the email is sent from a reputable source, so that the users have the least possible suspicion, these emails contain malicious codes. If the users click on them, they will quickly lose their system  security.

These attackers try to prevent detection by including minimal content in their attack emails; for example, they may do this by inserting an image instead of text to deceive the audience if you do not want to see the destructive effects of such attacks on your system, you must act consciously, in addition to checking the sender's site address carefully, you should also look for errors in the email, such as grammatical or spelling errors which are considered as signs and can tell you whether this email is suspicious so that you should handle the situation more carefully.

Spear Phishing  is a form of phishing in which hackers try to give the users the feeling that the email is valid by inserting information related to the users into their email so that they respond to the email quickly; these types of attacks are very common on social networks, especially  LinkedIn, hackers use this form of phishing attack to trap users, they may use social media to find information about users and mention this information in their e-mail to make the user think that the e-mail is valid, they may also use other different means to achieve their goal, to deal with such emails, employees of a system should receive the necessary security training regularly and try not to put their personal and important information on social networks. If they encounter a suspicious case, they have to report it as soon as possible.

The other kind of  phishing is Vishing, in which hackers use phone calls to hack users; in this type of hacking, the hacker can use technical terms to deceive the user, and it is also possible for these people to hide their contact number and use a phone number that traps the user, to prevent hackers from being attacked through this way, you should try not to respond to anonymous and suspicious numbers and never give your secret information to people through calls.

Pharming  is one of the most common methods of hacking, and many hackers use it to achieve their goal; this method affects the domain name and is used to convert alphabetical website names to numeric IP addresses so that it can locate and direct visitors to computer services and devices, to avoid being exposed to this type of attack, you should train all users who work with systems to enter login information only on HTTPS-protected sites and update their antivirus programs regularly, so that you do not fall into the trap of these hackers. 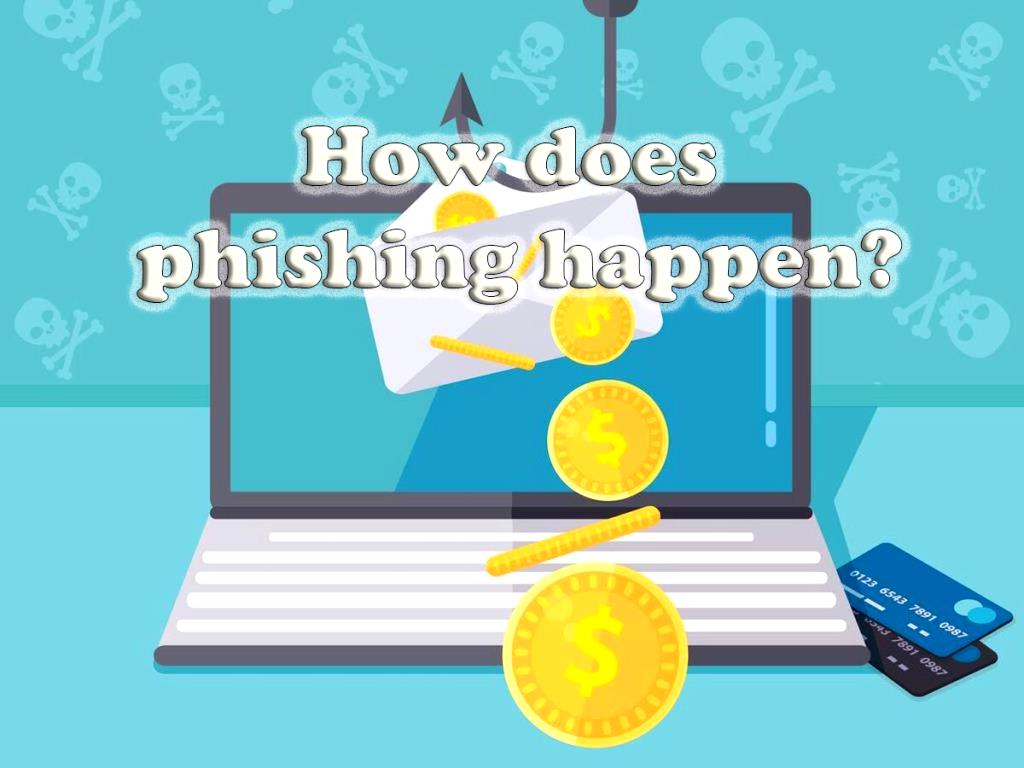 In this article, we have mentioned some examples of phishing. Still, in addition to them, there are other examples that hackers use to help and trap many users; each type of phishing is done by hackers to achieve different goals and achieve their goals through them, here we have mentioned a number of them that by being aware of them, you can protect your system and information from such attacks. As a result, you have to be aware of the problems that you may be faced, so if you do not pay enough attention to the emails which are sent to you, there is the opportunity of preventing your account from being hacked by  hackers, so if you take the points which we have mentioned into consideration, you can make your account secure as good as possible, because the information in it may be abused if you don't protect them from hacking attacks.

What are the best practices for app security?

How many social media accounts have been hacked?

Why is WAF required?

Is it possible to secure data on the web?

Can an iPhone be hacked by visiting a website?