iOS has a lot of games that have a lot of fans, and in the following we are going to introduce the methods of hacking these games so that you can quickly achieve your goals during the game.

There might be no person found on the planet, or very few at least, who has not experienced digital games throughout their lives. They can be entertaining, imaginative, and educational. It is remarkably proven that games touch on creativity and the brain on different levels. Simply put, they are productive to play and fun simultaneously! While there are many platforms to play games, Apple's iOS devices offer a vast range of games based on users' different choices.

Since it was launched back in 2008, App Store has been bloated with different apps from different varieties; from utility and social media to lifestyle and entertainment. With the number of its apps increasing by the second, one category has regularly been the most popular one, visited by millions of people weekly. While taking up around 20 percent of all the apps available in the App Store, it leaves no doubt that game apps favor many people – Gamers or Non-Gamer – all around the world.

Although the material is available, many people might wonder how the iOS games can be hacked into, as it does on other operating systems. However, when it comes to games, a second term comes to mind, that is somehow different from hacking: Cheating can also be carried out upon games. 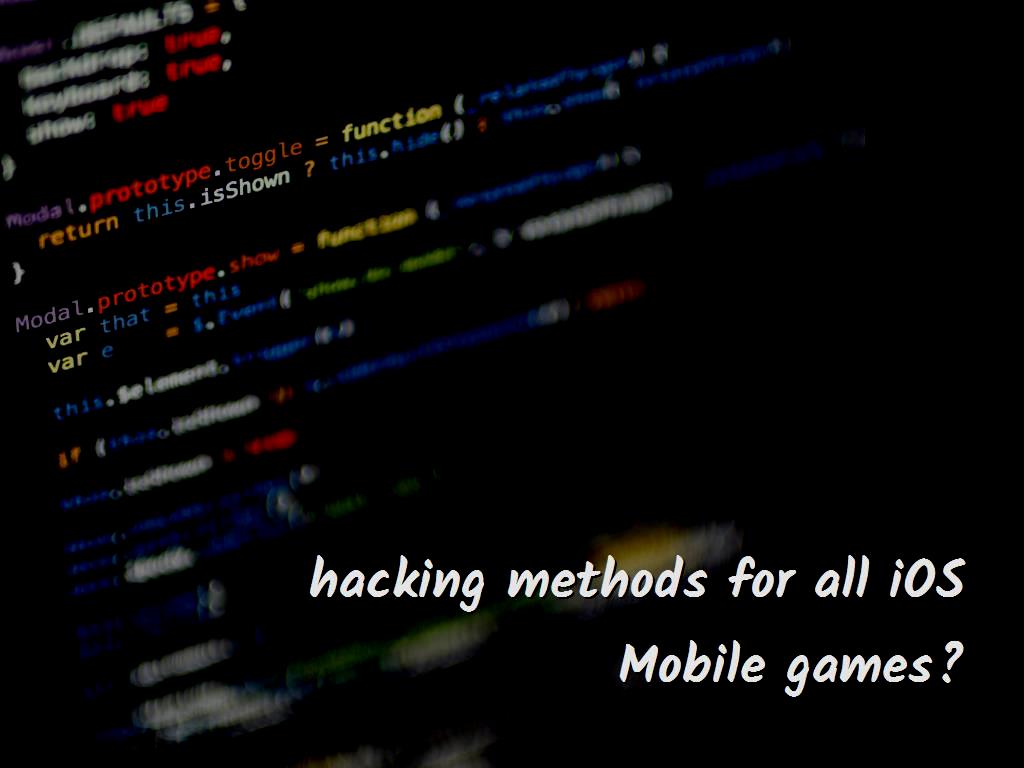 Generally, both infamous terms tend to implement some kind of modification. Just as cheating usually occurs in-game and involves manipulating the game's basic flow (like using cheat codes), hacking is more about altering and editing the source code and algorithm so that the results are more in favor of the conductor. Whereas violating the rules to get higher privileges or a better chance at winning is considered a cheat, manipulating a paid game and downloading it without paying for it is said to be a hack. Accordingly, a hacker can be way more skillful than a cheater. As contradicting as they may seem, these terms have arguably been a dispensable pair around  game apps, thus touching on the overall gaming experience. But before diving into how someone could hack an iOS game, let's review some reasons why would someone want to do so in the first place?

Why would one hack iOS games?

Whether it is about profit or the fun only, it all comes down to the fact that people tend to make things more accessible in such a way that requires less effort and resource yet more gains. In the case of the App Store, it is plausible that prices of some of the games that some might call ridiculously unfair have given rise to the inclination of breaking them free to play. However, the most rational reason is, perhaps, because players crave to facilitate their advances in-game, without spending too much time trying to put everything together, gradually and piece by piece. Moreover, wreaking havoc on anything someone gets their hands on seems like a practical way to test their limits. Plus, it is widely known that Apple is pretty strict on their security and does not allow any unauthorized app install on the device unless it comes straight from App Store. This itself could trigger enough temptation on the user (read: hacker) to try to bypass that norm and get a rewarding sense of achievement. With that being said, as iOS goes, the idea exists that it is only a matter of time before someone figures out a way and  deciphers an app  or a game, even when there is a new protocol and a new update.

So, how do you hack an iOS game app easily without further ado?

Having wanted to "break away" the "jail" of restrictions and written regulations, the Apple users have long been familiar with the literal method of evading the constraints. Jailbreaking involves gaining full access to the Apple device and doing many modifications that one could not do in pre-jailbreak due to Apple's policies. This means you can get apps, i.e., games that are not free-to-play in the App Store and even modified games with many unlocked features inside (like free in-game currency), in places other than the App Store, and via a third-party involvement. There are mainly two methods in jailbreaking an iOS device:

The iOS device is connected to another device with a cable. The process is performed on the computer.

Everything is performed on the iPhone, and no computers are necessary to get the job done.

Feasible, right? However, Jailbreaking comes with its downsides. There have been reports of various problems like reduced battery life, crashing, and many more. Nonetheless, below are some more highlighted drawbacks of Jailbreaking an iPhone:

- You will void the device's warranty.

Although viruses and other security breaches are rare in iOS, the device might not remain as secure by jailbreaking, and data is likely to be exposed to risk.

- Unless an expert performs it, there is always the possibility that something could go wrong in the process.

- For those who care about the iOS updates, Apple will probably try to hinder you every time you try to install an updated version.

- Jailbreaking a device to hack the games, only to realize the device itself is at risk of being hacked, might certainly be another reason to consider other options.

Although Apple neither likes nor supports it, Jailbreaking has not been proclaimed as illegal. It is always better to consider different points and consult with a specialist, if necessary, before taking any action.

It is possible to hack your iOS games with some apps developed and distributed to be able to hack your games only after the iOS phone has been jailbroken. Although some of these tools might not require a jailbreak, those which work the best and with more stability are most likely to depend on it. Here is a list of some apps, tools, and app websites that you can find around the web:

Can't get the paid iOS games on  App Store  for whatever reason? Use xSellize Game Hack to easily download them. That's it! This is one of the best apps offered by Cydia – an app installer that acts as a third party for iOS.

What makes RedMoonPie such a good source for  iOS games  to get mods, cheats, and in-game currency, is that it is easy to access and use. All you need to do is download the mod files, install them, and enjoy your online or offline gaming experience.

Cheat-Off is another app that will let you unlimitedly access your all-time favorite paid games for free, along with other useful features it has in itself.

A good memory editor enables users to readily scan and alter the values of the in-game traits – i.e., the currency – and makes it a lot easier and more fun to proceed in the game and promote the status.

Yet another useful memory editor to change the values and have fun in the game. Like iGameGuardien, GameGem calls for a jailbroken device, and it only works with offline games.

To name an alternative memory editor to GameGem and iGameGuardien, GamePlayer would be a good option.

It is a useful and easy-to-use tool for patching a specific game and making a modded game out of it. What might probably make Xmodgames different from other tools because it carries some plugins that can make the game automatically play on its own. It too only can be used in a jailbroken iPhone.

Making any in-game purchase to upgrade a hero or gain more credits is a primary essential task for the typical gamer. Enjoy making all those purchases with IAP Cracker without having to pay anything. Whereas it will not help you get a paid app, it does quite a good job at in-app purchasing once you get your iPhone jailbroken.

With many fake and scam websites posting spam, users had better have a legitimate and trusted source for what they are looking for. HackerBot FreeFinder is a reliable search engine that will direct you to what you are searching for. The perfect place to find mods for your iOS games.

The method which works on jailbroken phones is done by manipulating data or saving games from an iOS game in a decent-enough file explorer. 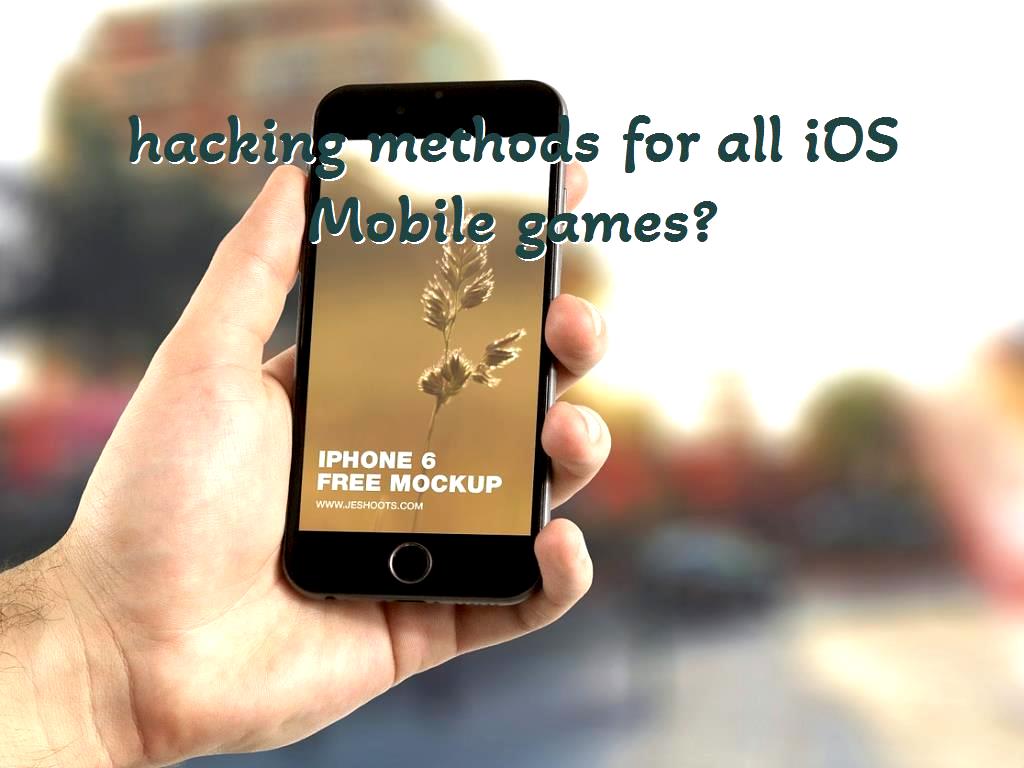 It is also possible to connect your account to an  iOS simulator  that can run the mobile version of the apps and games on your PC or MAC device. However, the simulators are not as commonplace and mainstream as the hacking methods already mentioned. They might not make an identical observation of the game as it does while playing on the phone.

In the era of technology and information where you can access almost anything with not much effort, and where games are frequently developed (in German:  Spiele werden häufig entwickelt  ), it has occasionally been common to disrupt the usual norms and hack into developers' games to make a profit, or simply to mess things up. Hacking games is undeniably in motion and will be, for whatever reasons and motives behind them. As a result, new software and methods are being developed to simplify the process, which proves that, perhaps, nothing – certainly not mobile games – is entirely safe from being hacked.

Click to analyze your wesbite SEO
How to hack your own Linux system?