Criminals take disadvantage of technology in several different methods. Cybercrime can affect society in many ways; it has long-lasting effects on your life.

Cybercrime is a criminal activity involving a computer, devices, and networks. It can include many different types of criminal activity, but the first effect of cybercrime is financial; cybercrime has many effects on marketing, production and operations, human resource, and investment activities within the digital organization. The world that runs on data flows is also vulnerable to cyber-attacks. Weak cyber-security can result in high costs to businesses and pose privacy, public safety, and national security risks. There are several million cyber-attacks every day. Also, there is a pretty new kind of cybercrime. It approached just a couple of years ago. It is called ransomware, and in the essence of the matter, it is an attack gaining quick popularity among cybercriminals. These attacks are becoming more frequent and create danger as they can cause loss of business or personal data privacy, confidentiality, security, and actual reputational and financial loss. Paying the ransom is a two-edged sword, as the same cybercriminals can repeat this attack. There was a mention in the media that the global economic loss of millions of dollars a year due to ransomware attacks. So that to remain one step ahead of cybercrime, it is a great import to remain watchful and make processes to help put a stop to cyber-attacks. Here are some ways how a cyber-attack can have an impact on business and privacy.

The worst outcome of a cyberattack is an unexpected drop in revenue. Companies lose money for several reasons in the course of fewer operations. One of the main effects of cybercrime on a company is a loss of revenue. This loss may be caused by a stranger person who receives sensitive financial information, using it to and from an organization. It can also come about when a business site becomes undermined; costly income is lost when users utilize it. Small businesses need to make more money than they spend to be successful in a long time. Businesses use different ways to quantify this flow of money. Net income and cash flow are financial measurements that are both normally used to evaluate the company's finances. Small business owners should notice the difference between net income and cash flow and how average arrangements like sales and capital expenditures can affect them.

The next consequence of cybercrime is wasted time when personal information must commit a maximum section of their day handling such occurrence. Rather than working on creative and useful measures for an organization, several

The company's reputation is a huge selling point to buyers when choosing where they want to buy. When users' records are compromised by security conflict associated with cybercrime, a company's reputation can take a major batter. The client whose credit cards or other monetary information become grabbed by hackers or other infiltrators drop assurance in an organization and often begin taking their business elsewhere. Even though tough to fully quantify, some companies that fall victim to a bigger cyber-attack might discover their brand significantly tarnished. Clients, and even suppliers, may feel uncomfortable and less secure leaving their sensitive data in the hands of a company whose Information Technology infrastructure was broken at least once or twice before. In addition, to decrease institutional trust, researchers suggest that publicly traded companies are likely to see a short-term drop in organization market value. 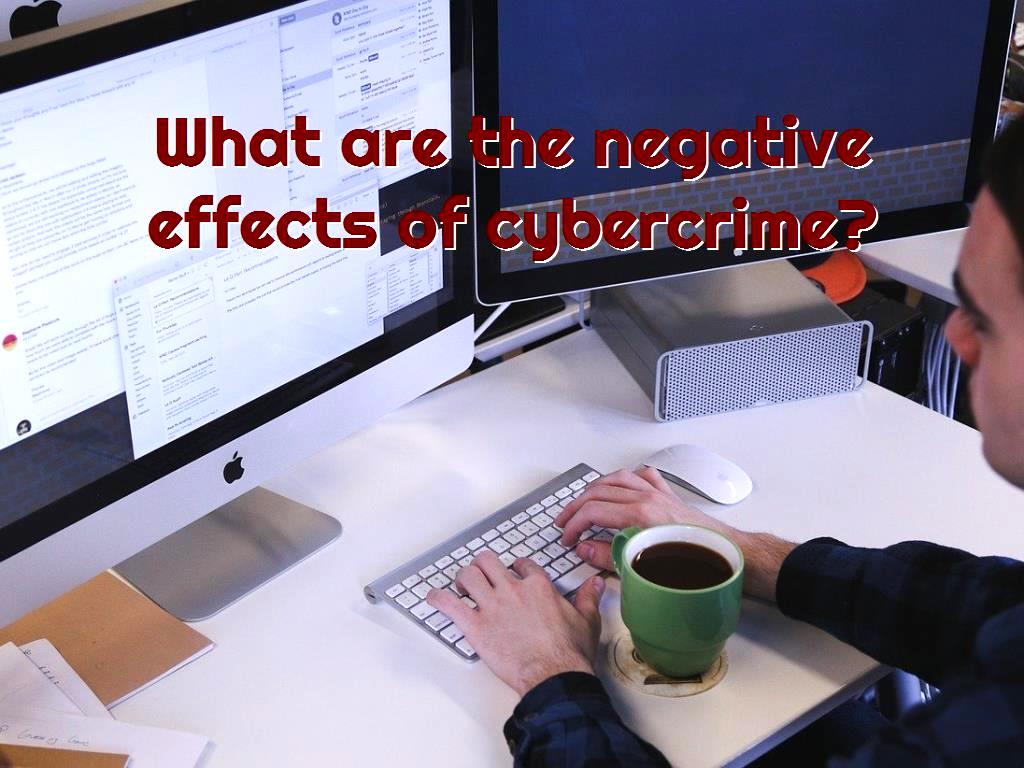 The financial losses run up by the victims of cybercrime can be anything. The psychological damage caused by these losses can be significant, especially in cases where the perpetrator first began a relationship with the victim online and then went on to blackmail them. Besides the financial result, the victim can experience feelings of shame and self-reproach, as well as misery over the loss of what they had taken to be a genuine relationship.

Another possible side effect is 'victim blaming' in which the social environment and even strangers can persecute, insult, or abuse the victim. The victim might then feel that their only option is to withdraw from online society in all. These negative consequences are increased if it turns out that the police are not actively trying to find the criminal or if officers at the police station make derogatory or critical remarks.

Cybercrime has been increasing its complexity and financial expenses since businesses have begun to use computers in the course of doing business. In the way that technology increases between governments that are stick in business, criminals have recognized that this is a cost-efficient way of making money. This examination and testing manual is meant to provide a simple model on the lessons learned to arrange governments, and their public prosecutors, for fighting cybercrime research sincerely into computers technology requires long learning and several technical experts. Consequently, as in most of the crimes that are technological in n have technical aspects to them, such as bank hoax or murder investigations that necessitate the analysis spatter techniques, that require large investigation, masters are reasonable for use as assistance in directing your studies, to move as a notable aide in preparing for a court case, and as an expert to testify in that trial. However, experts are not required, principally in identifying essential components that make up a cybercrime and showing the elements of that case. Everyone knows that computer crimes can run from the simple to the significant advanced. This doesn't mean they are not resolvable and understandable throughout any trial. The complication in these crimes shouldn't be a concern. All that is required is for you to understand the simple concepts described in this manual, follow its simple set of rules and use the facts you have need. You can effectively explore, organize and apply any case.

Because of the safety evaluation and measures that many companies must apply to neutralize cybercrime, there is sometimes a pessimistic effect on staff efficiency. Because of several security reasons, staffs have to enter complex passwords and execute other time-consuming acts in their works.

Cybercrime has had lots of effects on industries. Claims of hurt are difficult to estimate and even impossible to verify. Criminals focus their attacks on businesses, either large or small. Becoming a victim of cybercrime can have long-lasting effects on your business and personal life. Assessing crime is an essential process as crime is rising these days. Considering cybercrime can be a daunting task. It can be challenging to collect existing information and work on several new techniques. In cybercrime, direct real-time and long-time assessment is essential. Even though it is hard to pinpoint when the subsequent offense happens. Data on past crimes are limited to where and when they happened. The plan refers to the newest crime statistics in work. The datasets conclude representing spatial and short-term residual networks to examine copy crime for some hours. In terms of accuracy, comparisons with these experiments and several existing prediction ways show fewer performances than the proposed adaptive deep learning-based crime prediction model.

At last, to solve shortcomings in existing models for expansion in the actual prediction of crimes, the proposal introduces a novel strategy. The disruptive effects of technology, far from being limited to transforming personal and governmental organizations through a barrage of revolution, also apply to research institutions, which are being radically reconfigured by the differential capacity of different disciplinary fields to embrace the new themes that have emerged in its wake, as well as the theoretical and methodological tools that are needed to study them. When cybercrime is found, organizations and companies take the benefit of awareness. Through awareness, an organization may support its software and hardware infrastructure to avoid the same kind of crime in the future. In addition, when a cyber-crime is found, organizations may set up a system purposefully into a managed environment where the organization may observe the behaviors and actions. In doing so, the organization may feed misinformation back to the aggressor while determining how best to keep away such attacks in the future and gaining some knowledge of how perpetrators may behave and operate.

Click to analyze your wesbite SEO
Is brute force illegal?
What are the different types of hackers?
How can I damage my laptop without physical damage?
Why is data security so important?
What are three areas of security required at the application level?
Should I use WPA2 or WPA3?
What is Aimbot Hack?
Is Google safe from hackers?

Will removing SIM card stop tracking?
Can you hack into someone’s TikTok?
What Is Whazzak? How to use it as a hack tool?
Is it possible to hack online games in Android with a cheat engine?
What is antivirus and its types?
Easy way to hack Instagram account without password
How secure are mobile wallets?
Is DOM XSS persistent?
Can an iPhone be hacked by visiting a website?
Social media security and privacy trustworthiness
What is data protection, and why is it important?
Can I become an ethical hacker?
Scroll to top