So many people are looking for legal ways to become a hacker. There are many types of hackers today, and in this article, we will see how it is possible to become an ethical hacker.

The word "hacker" was used to describe a skilled machine code and operating systems. Today, a hacker constantly engages in hacking activities and accepts hacking as a way of life. Hacking is the practice of modifying the properties of a system to achieve a goal outside the main purpose of the system formation. An ethical hacker has hacking skills who legally cooperate with organizations and companies and finds their vulnerabilities before being exploited. 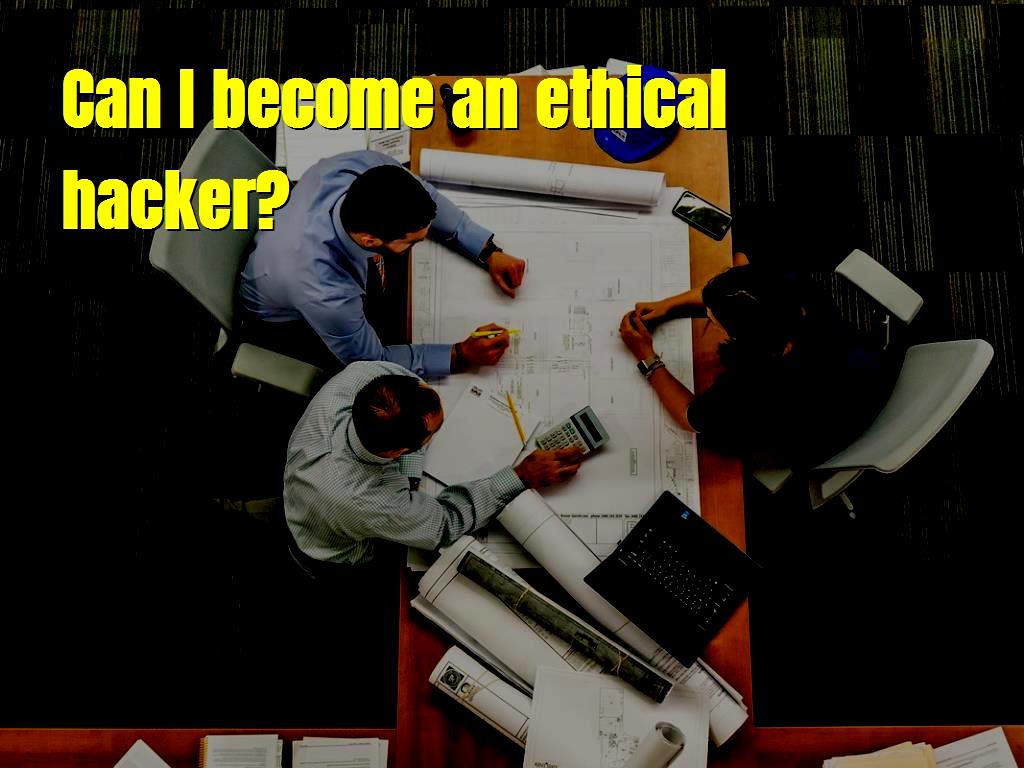 What is an ethical hack?

The term "hacking" has very negative connotations, but it can only be understood until the role of a moral hacker is fully done. Ethical hackers are good people in the hacking world, wearing the "white hat." So what is the duty of an ethical hacker? Ethical hackers, instead of using their advanced knowledge for illegal activities, identify vulnerabilities in systems security for businesses and organizations around the world to protect them against hackers with malicious motives.

What is the job attractiveness of becoming a hacker?

If you're a professional in the tech world and you're looking for a challenge, a job in the field of ethical hacking can be an attractive prospect for you. You can use your skills to find system vulnerabilities and get good money for them. Like many jobs, getting started is not easy, but you can create a very lucrative job if you work hard enough. In addition, the government always supports ethical hackers, and they are not against the rules and law.

How to get a job in the field of ethical hacking?

If you want to start your job as an ethical hacker, patience is a skill you need to cultivate. You can not expect to get a great job from the beginning and have a high salary, but there is great potential to achieve both in a short time!

Many ethical hackers start their activities with a computer degree. You must first gain experience and obtain a Network+ or CCNA certification. The Network + course validates basic knowledge in networks, including management, maintenance, installation, and troubleshooting. The CCNA qualification guarantees the same capabilities and specializes in Cisco equipment.

After gaining knowledge, you can participate in the next stage of your work in the field of network support. Here, you will monitor and update, install security programs, and test vulnerabilities. You will gain experience in network security, and your goal is to have a position as a network engineer.

After gaining network support experience, you can expect to make $ 60,000- $ 65,000! It's time to design and plan your Network instead of supporting it. From now on, you, as a person who wants to become an ethical hacker, should focus on the security aspects. Now it's time to look for security courses, including Security+.

- Work in the field of information security

This is a big step towards becoming an ethical hacker because, for the first time, you are dealing with information security! The average salary for someone in this role is $ 69,000. A security analyst examines system information and network security, addresses security breaches, and works to establish security measures. For this role, you need to focus on penetration testing to experience using some of the tools used in this field. At this stage of your career, you should seek knowledge of the CEH course. This training prepares you to become an efficient and ethical hacker. After gaining the knowledge of this course, you can introduce yourself as a professional, ethical hacker.

When you start as a moral hacker, you put all your technical and security expertise into breaking the network security of the business or organization that hired you. Businesses need a detailed analysis of their findings and suggestions to improve the security of their Network. This protects organizations from being hacked by people with illegitimate motives.

Cyberwarfare is very common, and many well-known companies have been exposed to major hacking problems. These days, the cost of IT security on a global scale reaches thousands of billions of dollars. And what could be better than becoming a white hat hacker dealing with black hat hackers ? The demand for ethical hackers is high all the time. Many experienced and ethical hackers can expect to make more than $ 120,000 a year, especially if they run their businesses or hacking companies!

How to a white hat?

Certified Ethical Hacker is usually abbreviated to CEH. The legal hack includes a course of the same name hosted by the Ec-Council. The CEH period is the most basic period of hacking and penetration testing. Of course, before that, you must pass the prerequisites to enter this course.

The first step is to master the Windows and Linux operating systems. Why is it necessary to master these operating systems? Because you can not get into more advanced topics in hacking until you have a correct and accurate understanding of your work environment. For example, if you could hack into a server, your access would be virtually useless if you were unfamiliar with the operating system environment. According to the latest statistics, more than 80% of the world's servers use Linux. So it is suggested to focus on Linux.

For this reason, we recommend that you start by taking the LPIC1, LPIC2, and LPIC3 courses related to the Linux operating system. Finally, you need to improve your development knowledge. Those people who are interested in working in the field of penetration testing of websites and web applications, by learning PHP language, can better understand vulnerabilities. At this point, you should start learning programming languages like Python, Perl, and others, depending on your field of work and interests.

After passing these prerequisites, you can enter the CEH course and take more specialized courses. CEH has a test that you need to pass. You need some information and skills to pass this exam which we prepared some of them in the following. 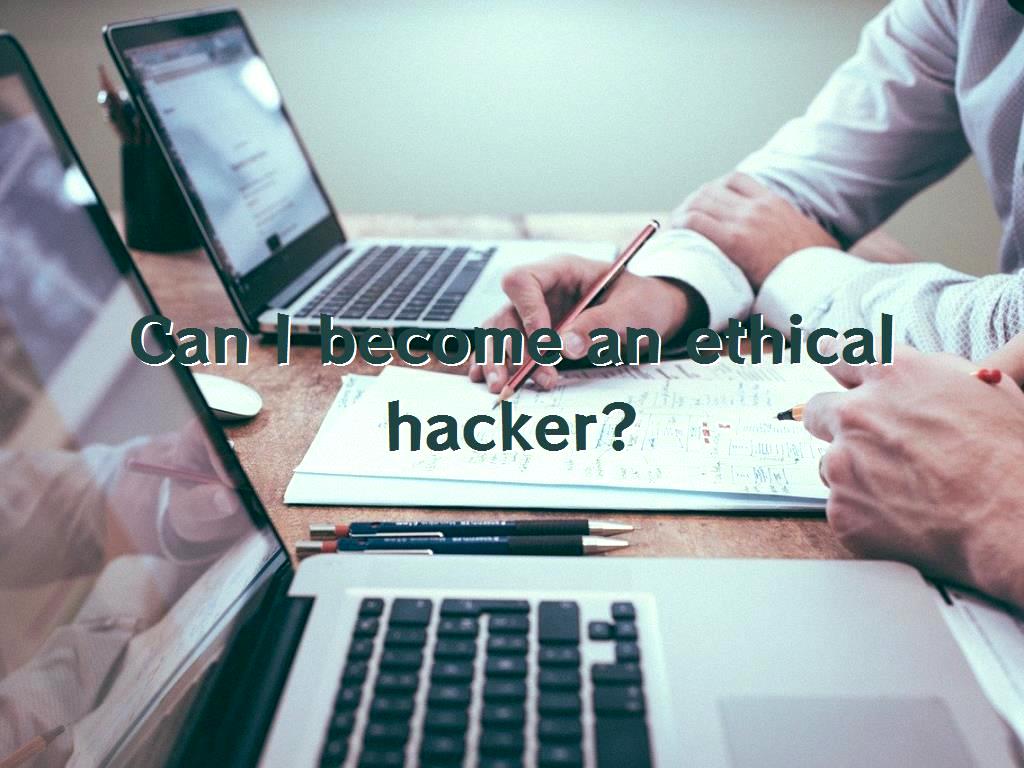 - Ability to take preventive, corrective, and protective measures against the destructive actions of attackers - High skills in identifying and cracking different types of passwords

- Understanding the phases and methods of ethical hacking

- Ability to remove digital evidence of intrusion into systems and networks

- Adherence to ethical rules and hacking under professional conduct

- Awareness of common cyber attacks such as phishing, social engineering, intruders, identity theft, and more. Also, the ability to deal with them and familiarity with appropriate techniques

Frequently asked questions in this field.

1. How valuable is the CEH certificate?

In addition to knowledge of hacking and penetration testing, this certificate is highly valued for helping you find a job in cyber security. It is interesting to know that the CEH certification is ranked ninth among the 15 highest paid degrees globally. According to a report, white hat hackers are the most lucrative people in the IT business. Of course, you should not forget that the income of hacking and penetration testing, like any other job, depends on the knowledge and expertise of the person. The more knowledge and experience you have in this field, the higher your income.

2. How long does it take to be a hacker?

This question cannot be answered because it depends on how much people follow and study. But to take the CEH exam, you need two years of IT security experience.

3. What about the white hat hacker market?

White hat hackers are some of the most-followed people by organizations. The reason is obvious: the number of cyber attacks is increasing day by day, and for this reason, the need for white hat hackers is felt more and more.

Take a look at the following surveys conducted in 2018:

- 70% of job opportunities are looking for people who have a valid certificate.

- 25% of job opportunities are looking for people who have programming knowledge.

- 22% of job opportunities are for people who can check systems for security.

4. Is it possible for a hacker without passing the course?

Yes, of course, in this case, you need more effort and perseverance. It is also best to always seek the help of professional consultants and experts so that you do not deviate from the main path.

Website SEO analysis services
How can we improve cyber security at work?

Can an iPhone be hacked by visiting a website?

How can you stop phishing?

Can you be hacked with antivirus?