Malware is any malicious design to harm or exploit any programmable device, services, or network. Mobile devices don't have the same security defenses as PCs; you should protect yourself from malware.

Smartphones are like a mini-computer or laptops; they are also vulnerable to malware that can take ransomware. Android is an open ecosystem that has its advantages and makes it more vulnerable to malicious apps than Apple's IOS. IOS is a closed ecosystem, stopping viruses from spreading across the device or stealing data. Malware is often referred to as a virus or infection and can come in many forms, such as ransomware, spyware, Trojan, malware, adware, and more. Hackers are working to steal information from mobile phones. You've probably seen examples of mobile device malware and these attacks around yourself; the attacks are becoming more and more common. Here are some things to watch out for check if your iPhone has a virus.

You are being inundated with pop-ups that won't go away

If you find some ads in a specific app or even when no apps are open, you might be affected by adware. These annoying pop-ups can lead to money from ad clicks, trying to infect you with malware, or scam link. this could be a sign malware has infected your iPhone; if you're seeing several invasive pop-ups, whatever you do, do not click on them. 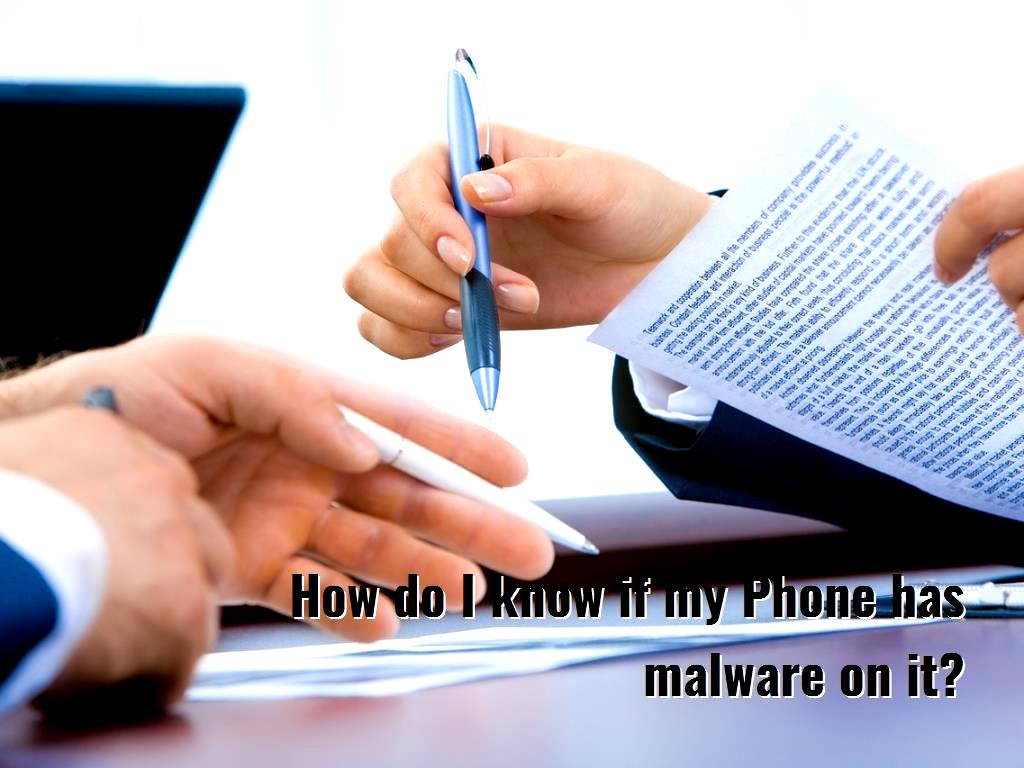 Poor battery life could mean that you are using a bug or bad app. However, it can also be a sign that your Phone gets a virus. That a piece of malware is working in the background without your knowledge. Your battery drains faster than supposed; malware may be hijacking the Phone's part due to performing background tasks, resulting in the battery needing a recharge faster than expected.

The Phone is overheating.

When the Phone gets too hot, or you get a temperature warning on the screen, It is not a huge problem, but you should take some action. Don't leave your Phone in the car because temperatures in parked cars can hurt it more.

Unexplained fees on the bill

Be careful with your phone bill or credit card, and make sure you can account for every charge. There is a chance for malware that adds unwanted services to your Phone and expenses to your phone bill; they can also make money by using your Phone to send text messages or phone calls. Unexpected changes may be indicative of a virus. You might be the victim of a scam, in some cases also known as scramming.

You see apps you don't install

Once in a while, an app you download can be loaded with malware that installs additional programs. If a new app comes into your mobile device, the malicious apps could be downloaded onto your device. This is one big problem. They can contain malware too. Malicious apps need to send and receive data from their creators via the internet. Your Phone allows you to see how much data your apps are consuming; be careful of someone that is drinking more than you'd suppose. Look at your apps list and make sure you recognize and install everything on your Phone. If you find something unexpected, do not open that app.

Your Phone is slower than before

Smartphones contain a processor that is used to perform special computational duties. If your device is hijacked, the malware can be overworking the elements inside your Phone and bring on simple acts to take longer than they should. If your Phone is slowing down and crashing, malware could be the good reason.

Your iPhone is jailbroken.

Jailbreaking is the technique of utilizing devices to install software other than what the producer has made available for that device. Jailbreaking lets the owner obtain all access to the root of the performing system and access all the functions. The chances are higher that you might have unware invited a piece of malicious software, called a worm, into your mobile at one time or another.

How Does Mobile Malware Work?

Hackers' most ordinary method to expand malware is through applications and downloads. Sometimes the mobile device itself may have vulnerabilities that hackers can exploit.

Spyware and Malware: The goal of most forms of malware is to collect information from your Phone to spam you with ads. Most malware alternative includes elements of spyware that gather data about your internet usage and send it on to a third party. This data may contain details about your passwords and your emails, and more.

Viruses and Trojans: Cybercriminals are infecting mobile devices by preying on what users love most about their phones; what may seem a legitimate app could contain a virus or Trojan ready to attack your Phone; these viruses may have a fairly innocuous destructive effect.

Mobile Phishing: In the past, phishing techniques involved criminals sending emails to users that appeared to originate from a trusted source. Mobile phishing takes this technique one step further and uses apps to deliver mobile malware. Most of the time, the users can't recognize the difference between a permitted application and a fake application is none the manner as the fake application gathers some personal information such as passwords and more.

Banking Malware: Hackers look to compromise users who prefer managing their business, including money transfers and payments from their mobile devices. They are collecting bank information such as login and password details; Trojan is the fastest-growing threat in the world.

SMS: SMS Trojans inflict financial damage by sending SMS messages to numbers, racking up users' phone lists of charges. Users are infected with a banking Trojan that could intercept text messages that consist of financial data and then send a copy of text messages to an email, giving cybercriminals all the information they need to insinuate into financial accounts. 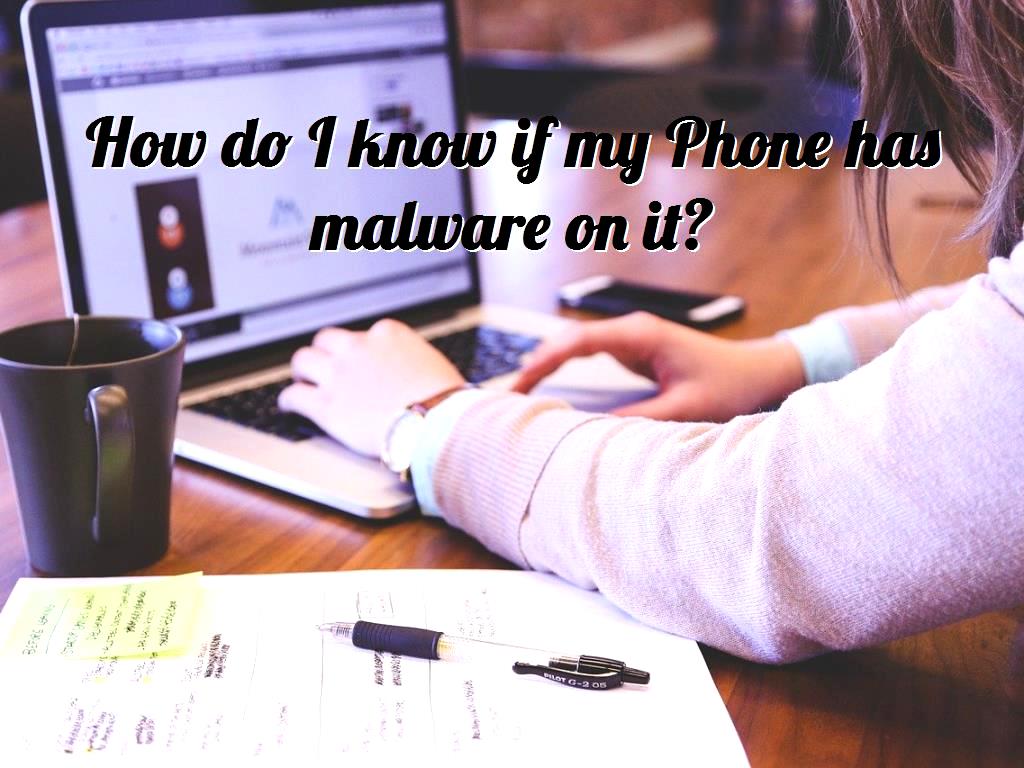 How to Protect Against Mobile-Phone Malware?

During the time that your mobile device may be at risk of being affected by malware, you can do some easy ways to avoid it. Here are some items to protect your Phone from malware:

Update your Phone: This easy step will help phone users avoid the majority of threats. Companies release updates on devices that address potential vulnerabilities; by running the latest version of every application on your mobile Phone, you make sure that you are running the newest version with the latest security patches and updates. Application developers will often release a new update or version of their software that is compromised.

Only download apps from official stores: Each app you download outside of the official store is exponentially more likely to put your Phone in harm's way. Only download and install your apps from Apple App Store, Google Play, and trusted sources. They have been vetted to ensure they are safe and secure.

Install mobile security and antivirus: Install one antivirus from a trusted source for a more secure internet experience., then run it regularly to ensure your device is clean.

Don't jailbreak your device: Jailbreaking your Phone delete a lot of its built-in security. It can also leave it more vulnerable to attacks. Doing it grows your risk of infection from untrusted third-party references.

Encrypt your data:  If you have sensitive and personal data on your mobile device, make sure it is encrypted. It will remain secure, even if malware and hackers steal them.

Check your email: Several attackers still rely on malicious email attachments and links to infect your Phone. Don't click on links in email and other messages, as these may direct you to malware websites.

Use screen lock protection: Several mobile devices are compromised when they are lost and stolen. Make sure at least that a passcode is used to lock the screen. It is better, use facial recognition or fingerprint recognition item.

Our experts tested and reviewed the best security programs against malware, ransomware, and other online threats. Sometimes you want to do a quick check to see if a site is still secure. Using a good antivirus instant scan feature, you can quickly access a free security report. Some antiviruses automatically scan all the websites on a daily, weekly, or monthly basis to effortlessly keep track of your security when you decide to register for an account. Antiviruses are a free online resource that provides valuable data about various best-selling antivirus programs to its users. We receive commissions from featured antivirus companies, which affects the location and order in which the various antivirus programs are presented due to the continually changing nature of the antivirus industry. Delete any apps you think might be affected, and then return to normal and see if the problem with your Phone has been fixed. Cybersecurity is a big concern among netizens as new and modern attacks keep popping up and compromising professional and private data, So, you can choose the best software security to protect your mobile Phone.

Click to analyze your wesbite SEO
Which of the following result from a denial service attack?