As businesses move toward technology, companies are increasingly focusing on the security of their systems against threats. One way to achieve security is to use a firewall. 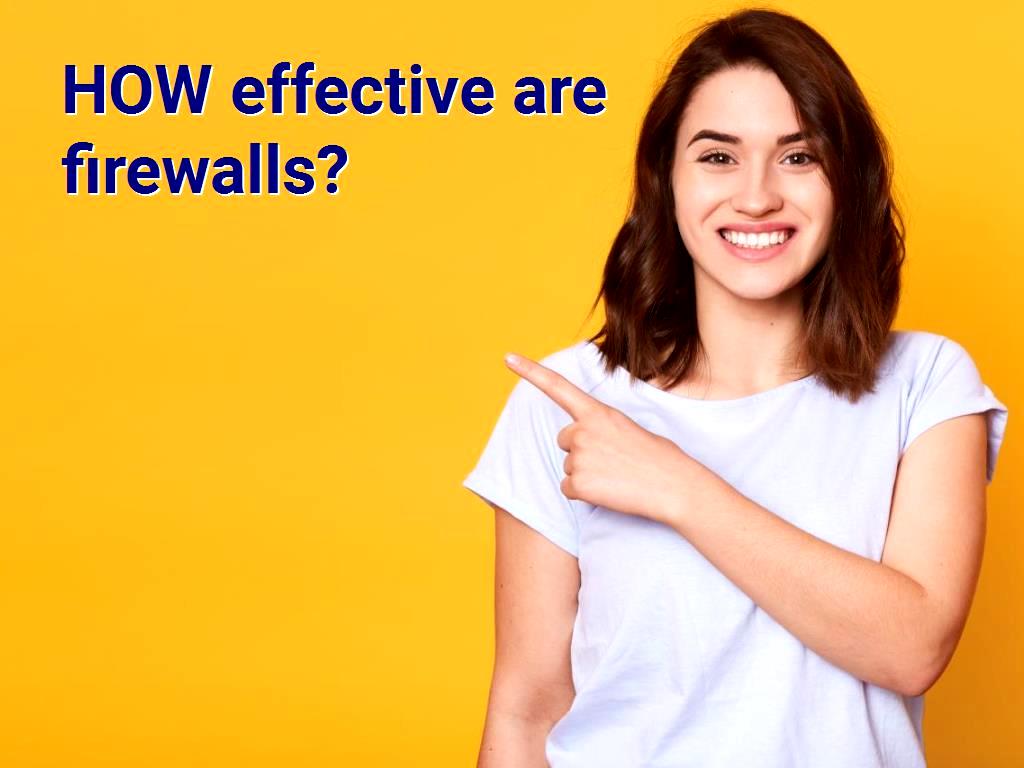 In today's world, the Internet and digital tools have permeated the lives of individuals and communities and affected many businesses.

The virtual world is a world without accounts and books, without any identity.

He can commit sabotage, theft, and fraud without knowing who the attacker is. The Internet has been a great help in our lives, but if we do not pay attention to security points, it can cause significant harm to companies and individuals.

Today, the global village has become so small with the Internet that one can hack from one part of the world to another person who has never seen and does not even know its language and access its information.

Many wars today are waged by hacking and infiltrating a country's information systems, sabotaging its bases and factories, and crippling it is economy. However, the protocols that cyber security has defined for users and companies can not completely prevent the intrusion of intruders because a large part of the security discussion is the responsibility of the user and companies themselves due to negligence and lack of attention to  Security protocols open the way for thieves and fraudsters to infiltrate their systems.

Despite all these threats, the need to establish security in the systems is felt. Cyber security consists of several layers, all of which together can ensure the security of a system. One layer can not work alone. There are many tools for system security, such as antivirus, firewall, and Others.

In this article, we want to talk about firewalls, which are one of the layers of cyber security, and find out how effective they can really be in the security debate.

The firewall acts as a wall and heel, separating secure data from insecure data and also creating a frontier for the outside world and inside the system. And with pre-defined filters and inputs controlling a system that malicious data, malware, and viruses can not be allowed to enter. However, as mentioned above, firewalls are only one  System, and network security levels provide the way to create stable and complete security; other tools along with the firewall should be used to completely block all security holes that could be the way for attackers to penetrate.

Over time, as hacker attacks have progressed, organizations' methods to protect themselves have also evolved.

In today's world, NGFWs are the latest and most effective ways to protect businesses around the world. However, today the progress of attacks has increased so much that the firewall alone can not withstand them and must implement cyber security at all levels in order to improve the safety of the help system.

The development of any business in today's world requires access to digital and Internet space. Today, most companies operate online in cyberspace, which is why many cybercriminals are suitable for cyber scams. They steal information and use it to their advantage by using tactics and strategies that can circumvent security.

is the first step in the growth of your business in the digital age; even if a small part of your business relies on the Internet, it is still necessary to apply security principles to it. In the event of hacking and malware attacks and attacks on your systems, the firewall plays the first defensive role and, therefore, can be considered necessary.

One of the essential functions of a firewall is to monitor data network traffic.

Input and output data to the system can create a threat, and malware can enter the system. Here are firewalls that monitor and process network traffic and with the help of pre-defined rules and filters to perform security measures. They give. It is worth mentioning that even with an experienced IT team, you can manage the level of protection of your system based on the input and output data of the firewall.

The fastest attacks that can affect and disable our system are virus attacks. With its rules and controls, the firewall controls many viral attacks and is effective in reducing damage and costs. Hackers and attackers are one of the ideas that can be seen with the development of businesses and businesses in the electronic world. Hackers can infiltrate systems, steal information, reveal it, or sell it to competitors. On the other hand, there are ways that can be done. It is used to completely block the hackers' activities or to prevent them from achieving their goals. And systems.

Spyware is one of the most significant attacks on a business's systems today, stealing and spying on their pre-designed data.

Spyware and malware infiltrate the system and steal all the essential information of the company and organizations, and spy on the future plans and goals of the companies. One of the tools that can help prevent this is the firewall.

Unfortunately, this can be bypassed-but not unless you're a techie who knows what he's doing.

With the help of a firewall, any organization can keep critical information and the series of its customers that they keep in their systems safe, and by strengthening the security of the systems, increase the customers' trust more than before and take steps to improve the data.

Although traditional firewalls are better than no firewalls, first-generation firewalls have always seen problems that could compromise data, increasing IT team costs and digital security budgets. Is.

Another problem with traditional firewalls was the many restrictions that slowed down the network and increased costs, as well as adding other security protocols for operations that required scalability, which was not ideal.

Traditional firewalls had a lot of logistical flaws that prevented them from adapting to changing parts of the system and organizational performance, so they needed extensive team monitoring and management to adapt them to the cloud, which took time and money.

On the other hand, managing the rules and policies to be implemented manually by a team of people can be tedious, and the pressures on this team reduce the accuracy and supervision and open the way for intruders and malware to infiltrate.

Another disadvantage of the early firewall was its inability to update and evolve as new threats, methods, and strategies for infiltrating systems emerged. But first-generation firewalls continued to work as before, and to protect business systems; they had to use other security programs on the system or increase surveillance, which was costly. It was time-consuming. It also creates vulnerabilities in the system. 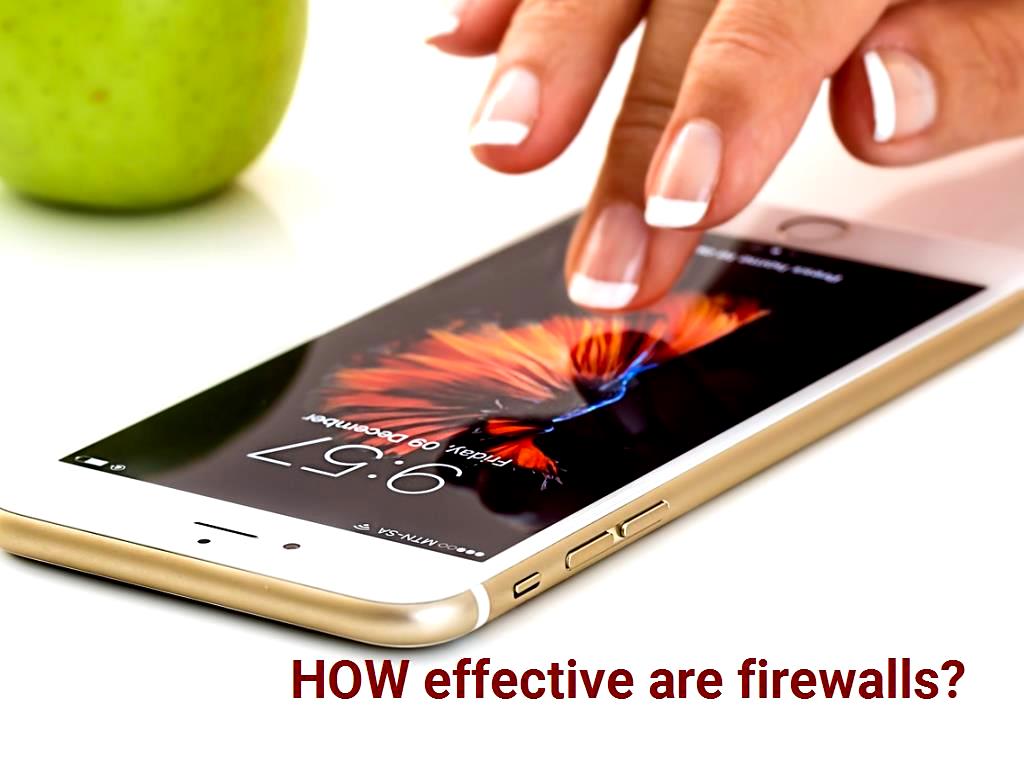 In this article, you will learn about the various functions and functions of firewalls and the effects they can have on the security of your network and systems. If we want to explain with an example, not using a firewall is like getting out of a car, but  You do not close the door and allow thieves to steal your vehicle. In this example, the firewall acts as the door of your car and will serve as a filter for your system that is connected to the Internet to remove a lot of malicious data. And malware can not easily log in.

We hope that at the end of this article, you will make the best use of the information we have provided to you and increase your awareness and knowledge.