One of the methods used by hackers is cross site scripting attacks, which we have introduced the most effective way to protect the system against these attacks.

There are  different types of attacking methods  that hackers use to endanger the security of different users' systems, and users are also trying to resist hacking attacks by taking various steps to prevent hackers from achieving their goals. One of the most important and also dangerous attacks is called  cross-site scripting, which is a popular attack among hackers, and they often prefer to use it to gain access to different users' information. In this article, we are going to take a look at the best defense against cross-site scripting attacks. 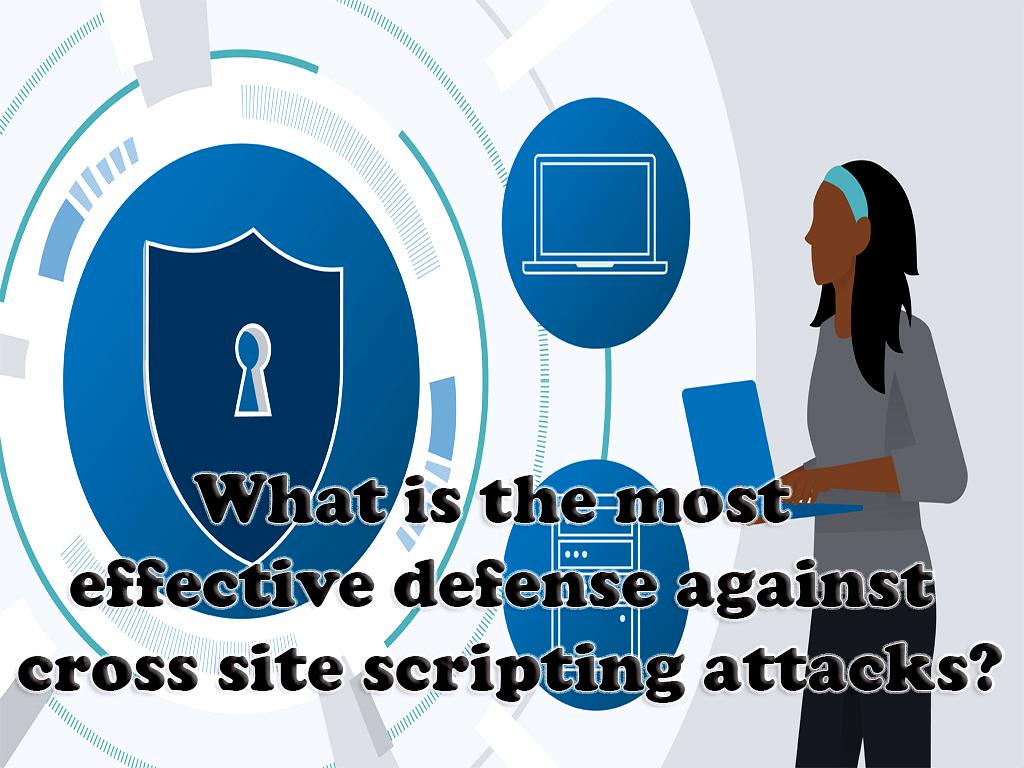 What are cross site scripting attacks?

In this attack, which is also called  XSS, hackers achieve their goal by using malicious codes and scripts and cause many users to fall into the trap of hackers by entering these codes in different websites. These  types of attacks, which can do a lot of damage to many users' systems, are more common in JavaScript.

Many reasons make this attack dangerous. We can point to the possibility that users exposed to such attacks may realize the infiltration long after their information has been made available to hackers. Hence, they let their information be stolen easily and operate naturally.

As we mentioned above, in these attacks, hackers place malicious code on different sites, various links, etc., which cause a site that seems to be credible to do a lot of harm to different users' systems, and, if users lose their information, they also lose trust in that site. Hence, it is necessary for website owners to  protect their users against such attacks  and do not allow hackers to achieve their malicious goals easily.

Therefore, hackers can implement lots of malicious acts through this hacking method, which we can mention having access to various information and abusing it to achieve their desires. They can also have control over users' systems to do whatever they want. They inject trojan into the website and try to destroy the system, etc., all of which are  provided to the hackers through XSS attacks.

These attacks are divided into three main types, which are as follows.

It occurs when a program receives data in an HTTP request containing that data in an instant response through an insecure way. Through this attack, the hackers can perform any operation they want, which happens when the user visits the URL created by the hacker. Finally, the hackers can achieve their goals.

This  type of attack  may also be called persistent or second-order XSS. It occurs when a program receives the needed information from an unreliable source and causes the hacker to reach its target.

These  attacks  are very dangerous because firewalls may not detect them. Firewalls are considered as effective defense lines that various users get help from them to  protect their information against hackers, so the important point is that this type of attack can bypass firewalls.

What is the most effective defense against cross-site scripting invasions?

The best way to deal with  XSS attacks  for site owners, as well as various applications, is to authenticate users and encrypt output, which is necessary to examine all cases very carefully while doing it so that in case of any suspicious activity, they can take the necessary steps quickly, in fact, these ways are the most effective ones that can be used to  increase the security  of different users' information, now we are going to point out some other ways to deal with these attacks in the following.

How can XSS attacks be prevented?

- One of the most important steps that can be taken to prevent different hackers from reaching their target through this type of attack is to check all the information that enters the site. If the website owners examine all the entries carefully, they can be protected against this attack.

- All output data must be properly encrypted so that hackers cannot interpret it and gain access to important information.

- You can also get help from CSP, which stands for  Content Security Policy. It is considered a security layer that can detect this type of attack.

- Do not forget to update your programs because the latest versions of them will provide you with more capabilities and fewer bugs, and never download them from some sources that you are not sure about their safety. Therefore you should prefer downloading them from reputable sources because, as you know, one of the ways through which hackers may execute malicious code on your system is through these kinds of programs. It should also be noted that you should not visit unreliable sites in any way and Use only reputable websites to meet your needs.

These two methods are popular among hackers, and they often prefer to use  Cross-Site Scripting  and SQL Injection to achieve their goals. The important point is that these two have differences, among which we can mention the language that the malicious code is written in and the way these codes work. As we mentioned earlier, Cross-Site Scripting is more common in JavaScript and is used in this language, while SQL Injection includes Structured Query Language.

In addition, through Cross-Site Scripting, malicious code is injected into the site. If users enter a site where malicious code has been placed there by the hackers, they will be hacked. Their information will be provided to the hacker. In contrast, SQL injection adds SQL code to the input to access important information or modify data stored in a database; it is the main difference between injecting process in XSS and SQL.

In addition to  SQL injection, some users may confuse this type of attack with other ones, so it is necessary to know this type of attack better and be more aware of the necessary steps that should be taken to deal with it so that you can get help from your knowledge to prevent hackers from accessing your information easily and use them to achieve their desires.

In general, cross site scripting attacks are one of the most dangerous ones that can threaten the systems and information of different users and turn a site that seems to be valid into an invalid site, in this article, we have mentioned this type of attack in more detail in order to make you more aware of the possible threats, so that you will be able to defend your system with more awareness against this  type of attack, you also need to know that one of the most effective ways to deal with this type of attack is to authenticate users and encrypt the output as well as checking all suspicious items on your site and system, so that as soon as you come across something that was unusual and suspicious, you can take all necessary measures in order to prevent the hackers from continuing their activity, as a result, you can  protect your essential information from being stolen, abused or deleted, due to the fact that when the hackers have control over your systems, they can do whatever they want to your information, but there are no worries if you are aware of all possible threats and know the needed steps that must be taken.

Why is cloud security important?

What are the types of cloud security?