System security may be affected by a variety of issues called security threats, and in this article we have introduced different types of them.

The number of  cyber-attacks is increasing day by day, and the main reason for it is that profiteers can earn significant income this way. The number of people who do their daily work through the Internet is increasing as well, so there is lots of important information in the systems of different users that can be very attractive for hackers because they can make a lot of money through them.

Every day, many reports of various attacks on users' systems and organizations are being shown, which make the users more worried about their cybersecurity, so all the users are trying to be able to withstand these cases and maintain  the security of their system, the first step, to stand up against any threat, is to know them as good as possible. Therefore we will briefly explain the different types of security threats in the following to make you aware of them to some extent and prevent the side effects of such attacks on systems.

It should also be noted that there are cybersecurity experts who can help a lot in this field and prevent hackers from inflicting irreparable damage on various organizations and users in various ways, hackers may have different goals, and as a result, they try various ways of hacking to achieve these goals.  Intellipaat CEH training  offers a wide range of tools and expertise to safeguard from various threats. 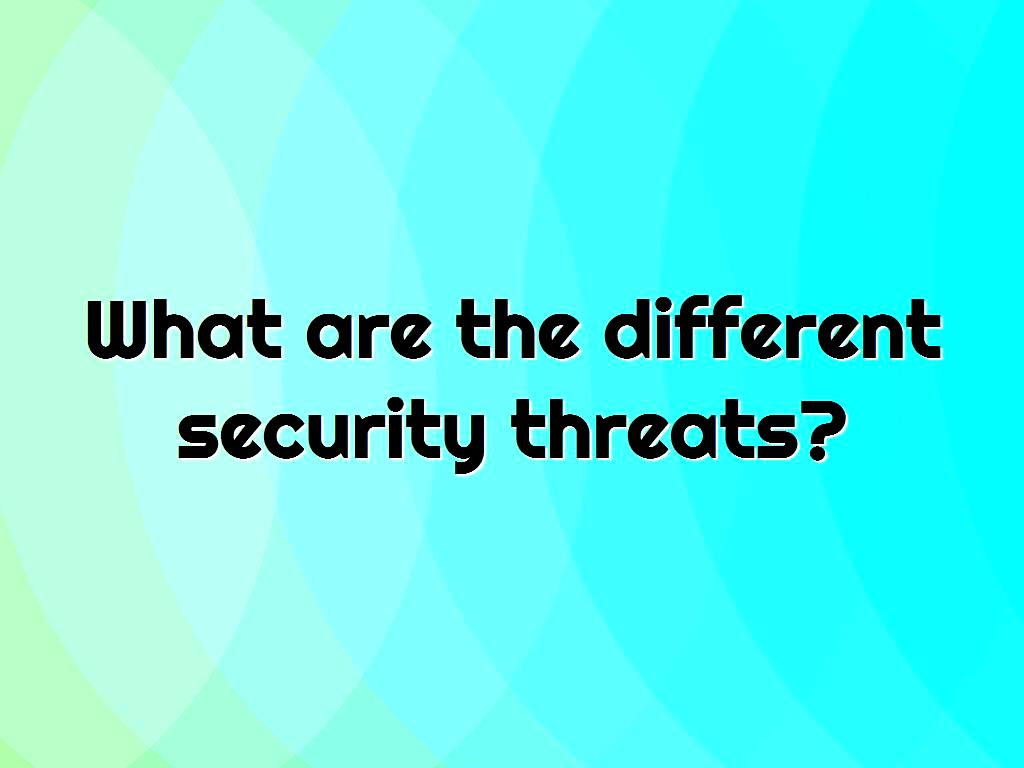 In simple terms, hacking is any action that can be used to access information in various systems without users' permission and ultimately abuse that information to achieve their goals. There are  different types of hackers, each of which has different personalities and goals, including red hat, black hat, pink hat, green hat hackers, and so on.

Security is considered any action taken to block the ways of profiteers so that they cannot access the available information without the user's permission, which is so important.

What are the cyber protection threats?

Cyber security threats  are considered threats that ultimately cause different people with various purposes to gain access to existing information and disrupt the function of systems. These threats may be carried out by different people, among which we can mention hackers, terrorist groups, etc., each of whom has different goals.

There are many reports of cyber attacks every year, which ultimately lead to the disclosure of highly sensitive information which causes damage to various organizations and individuals, also; if hackers can access the organizational system which communicates with different customers, they can eventually access the information of each customer that cause huge damage to the organization because it is so hard to rebuild customers trust, after accessing the information of different customers, attackers can use the obtained data to access their user accounts or financial accounts which is so dangerous.

What are the different safety threats?

There are several types of  security threats  that we will mention below.

Phishing attacks  are of great importance and have many fans among profiteers, and there are many reports of this type of attack daily. In these attacks, hackers deceive the user and introduce themselves as a reputable organization via email or phone. They try to force the user to do all the things they want to achieve their goal with the help of social engineering.

In these attacks, the goal of most attackers is to gain access to account information or install malware on the user's system, the content of such messages is often in a way that arouses the user's emotions, so they do what things which hackers want without thinking properly, for example, it may be in the form of a message from the bank that you win a lot of money in the lottery which makes you enthusiastic and cause you to act emotionally, so you will do everything that hackers want without being aware of possible damages because you do not pay attention to the reputability of the email which is sent to you. 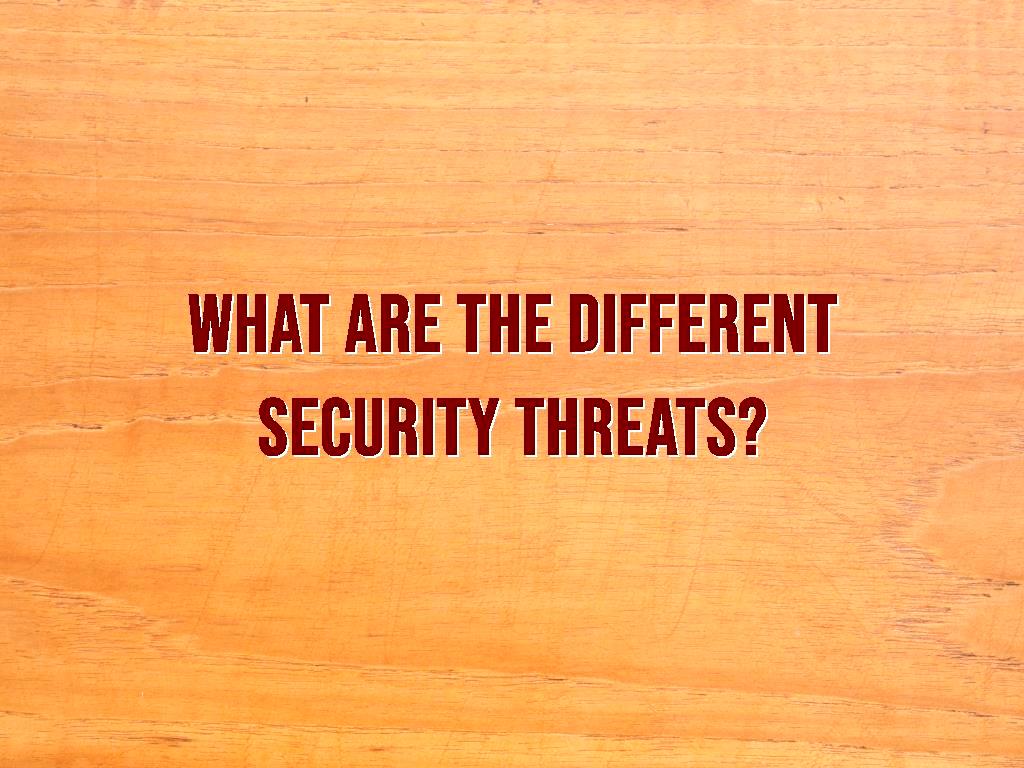 One of the biggest cyber threats is humans, which can somehow damage systems, anyone who has access to your system in any way can be a great danger to the system and the information contained in it, and it should be noted that some people may even damage your systems because of their low level of awareness which can be much more dangerous because the problems which occur due to the lack of knowledge can be so destructive. It is so hard to fix their side effects.

Among these cases, which are created by human nature, we can mention the selection of inappropriate codes that eventually cause different people to guess them and implement their goals easily, so to deal with such events. It is necessary to use appropriate codes that cannot be guessed easily, which can endanger your whole  system as well as your information security.

One of the most important  cyber attacks is using malware such as spyware, ransomware, viruses and worms, these items are usually entered into the system by clicking on a malicious link, and after installation on the user's system can cause malicious damage, when the system is being infected by malware, various events may occur in it, including blocking access to the main components of the network, stealing important information in the system, etc., in order to deal with this threat, there are various ways, one of which is to install a powerful antivirus on the system, and you should also pay attention to the process of updating it regularly in order to own a better and more powerful antivirus to stand against threats, due to the fact that newer versions will have more facilities and their  security holes  will be fixed, so that you can use them in order to detect various threats quickly and after scanning them, they can give the necessary reports to the user, after that you can take the necessary action in order to fix the problem as soon as possible.

- Man in the Middle:

This attack often occurs when the user uses a public Wi-Fi network without  the necessary security  to connect to the Internet. In this attack, attackers put themselves between the visitor and the network and then use malware to install the software and use the data maliciously.

This attack is one of the most well-known software vulnerabilities, SQL, which stands for Structured Query Language, is the most commonly used language for interacting with databases, as you know, important information is stored in databases, which may include bank card information, username, passwords, etc., all of which are so valuable.

This  data is secured  when transferred to a database or vice versa by using arguments. In fact, through this attack, hackers can retrieve data that is not visible to the user and abuse this information to achieve their goals which is much more dangerous and causes destructive results for organizations and individuals. 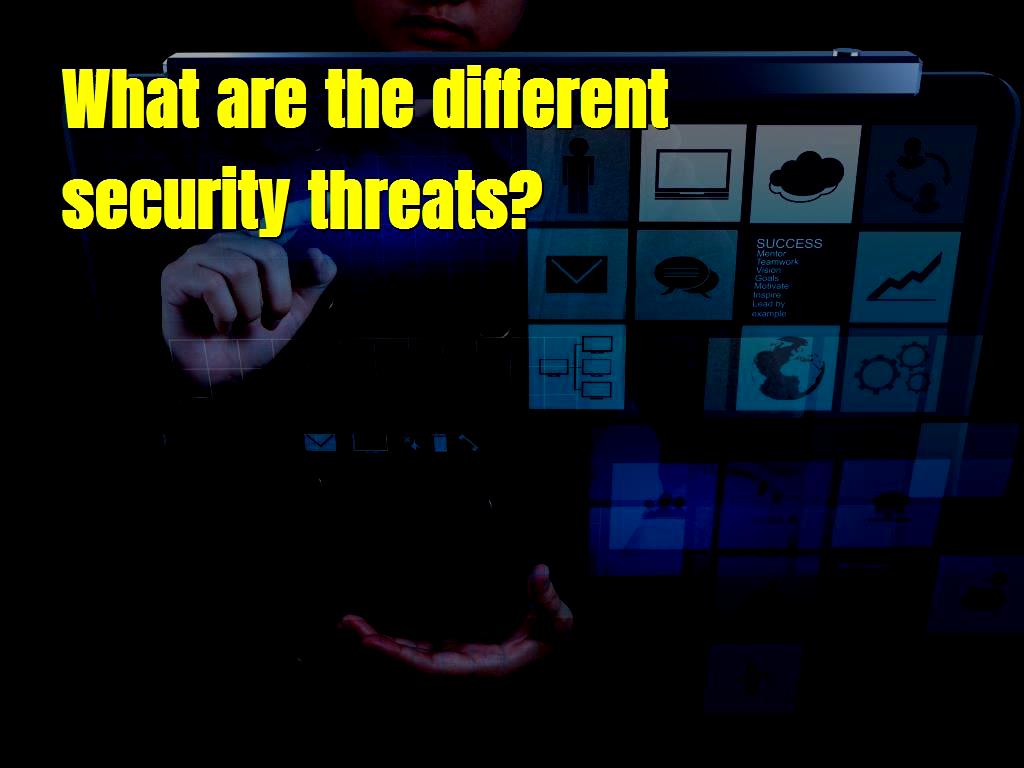 In general, there are  different types of threats  that threaten various systems every day, some of which we have mentioned in this article, so that you can stand up against these threats by increasing your level of awareness and preventing the information in your system from being stolen by profiteers, it should be noted that in addition to the mentioned threats, there are other types, and each of which has different characteristics and hackers can provide a lot of information through them, we hope the information given in this article will be useful for you and can help  increase the security level of your systems.

How secure is the digital payment?