TF2 is a regularly used abbreviation that you may have heard. In this article, we will see what it exactly means TF2. It sounds like a virus name byt it is not. So lets get started to find out its meaning. 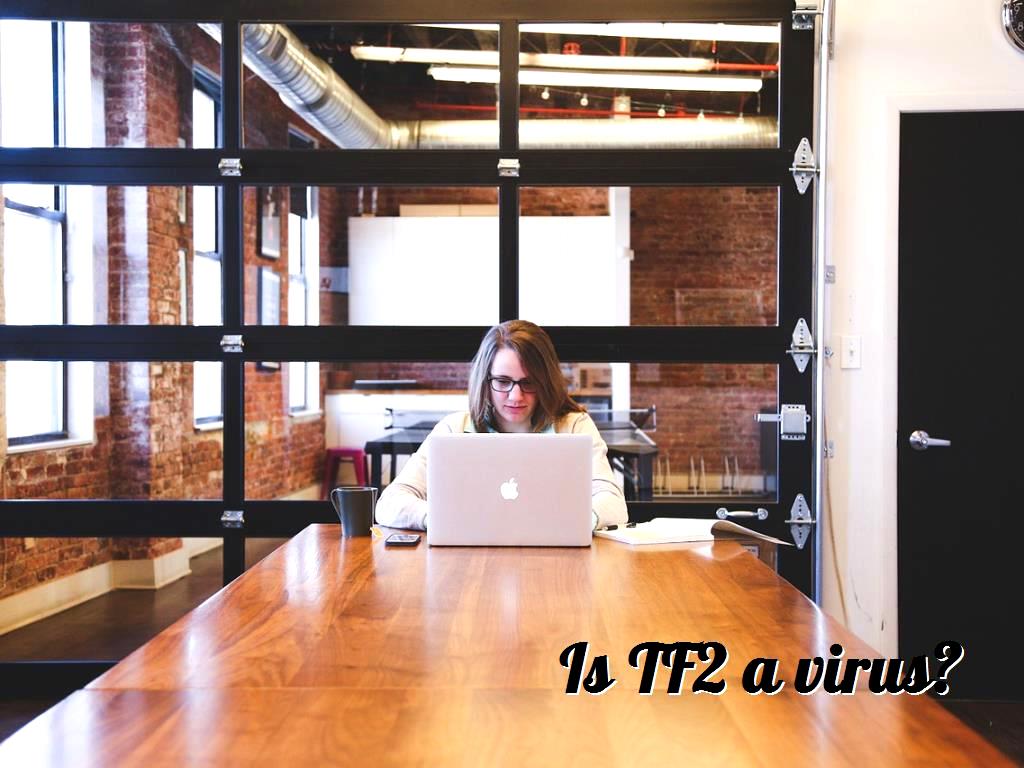 Team Fortress 2, also known as  TF2, is a first-person shooter  (FPS) game developed and released by Valve's company. The game is a sequel to Quake's TF mode in 1996 and was released in October 2007 as part of The Orange Box package for Windows and Xbox 360 platforms. Making TF2 was supervised by John Cook and Robin Walker, the creators of the original Team Fortress.

The story of Team Fortress 2

In the story of Team Fortress 2, players become members of one of the two teams, RED or BLUE, and choose one of 9 character classes to compete. TF2 character classes include the Medic class, the Scout class, the Soldier class, the Heavy class, the Demoman class, the Spy class, the Engineer class, and the Pyro class, respectively. TF2 game modes include Capture the Flag and  King of the Hill. The game was first announced in 1998 as TF2: Brotherhood of Arms. Fortress 2 team game initially had more realistic and military visual effects, which was also observed in the gameplay, but that was changed in the 9-year process of making the game.

In most modes of TF2 gameplay, the Blue and Red teams fight against each other for an operational goal. During this game, players can compete against each other as one of the nine personality classes in these teams; each has its strengths and weaknesses and its weapons. The balance of these classes is also important to determine how these strengths and weaknesses relate to a teamwork environment. Although the capabilities of several courses have changed since the first version of the Fortress team game, the main elements of each class remain, and these main elements are the primary weapon, the sub-weapon, and a close-range weapon.

The game was released with six main maps, and since then, more than 110 maps have been added to various game updates, including maps made by players. When players first select one of  Team Fortress 2 game  modes, an introductory video shows them how to complete the existing objectives. In addition, during matches, a person named Administrator, voiced by Ellen McLain, announces the events of each game through loudspeakers. The limit on the number of players on the Xbox 360 and PlayStation 3 platforms is sixteen. Also, in 2008, Valve updated the PC version of the game, bringing the maximum number of players in this version of Team Fortress 2 to 32 members. Team Fortress 2 is the first version of Valve multiplayer games in which detailed statistics are provided for each player. Some examples of this include the total amount of time you spend in each of the game classes, to which you can add the highest number of points earned, and the most missions completed in a full round of the game.
The main game modes of Team Fortress 2

This condition is also known as A/D. In this case of the game, the goal of the Blue Team is to take over the points of the red Team. The amount of these points varies in different maps, and these points must be obtained in a particular order by the said Team. Players must stand on it for a specific time to score a point.

The second mode of gameplay is known as Capture the Flag and is also called CTF. In this case, the blue and red teams try to steal the opposing Team's flag and seize it. This flag appears in the form of a bag in the game, and at the same time, each Team must try to defend its flag (bag) against the other Team.

The third gameplay mode of this game is known as Control Points. This mode, also known as CP, is a timed mode in which several points are scattered throughout the game map, and the amount of these points varies from 3 to 5. To win in Control Points mode, one of the teams must take all the facts in the allotted time.

- King of the Hill mode

The fourth mode of the Fortress 2 team game is known as King of the Hill. This mode is also known as KOTH. KOTH mode is a timed mode in which there is a point right in the middle of the game map, and this point can be won by either the red or blue Team. When this point is scored, a timer starts counting, and the first Team to complete the timer will win the game.

The last game mode is Payload mode. Payload mode in this game is a timed mode in which the blue Team must move an explosion cargo in the path of an iron rail, while the Red Team must prevent the Blue Team from reaching its destination. If the blue Team successfully reaches the destination, it will win, and the red team will win the field if it prevents the blue Team from reaching the goal within a limited time.
Characteristics of each of the game personality classes

A fast and fragile personality class that is skilled at attacking your opponents from the flanking and is the only character class in the game that you can jump twice. This means that the Scout class can complete game missions twice. You will need many skills to play in this class, but it is still a good choice for you if you are a beginner.

This character class has a rocket launcher through which it can be launched into the air by firing on the ground. The speed of the soldier class is low, and it is one of the best options to destroy long-range targets and automatic weapons in the game.

This class is also recommended for beginners as well as experienced players. Through the Pyro class, you will be able to inflict a lot of close-range damage on your enemies.

Through the Demoman class, you will be able to deal a lot of explosive and sudden damage to your enemies; because your weapon throws bombs and grenades. Use the Demoman class to deal with Attackers.

The Heavy class has the highest amount of life and, at the same time, the slowest game class. Its weapons are shotguns, miniguns, and fists.

Through the Engineer class, you will build Teleporters, Sentry Guns, and Dispensers. This class is one of the most practical game classes.

As its name implies, the Medic class is responsible for keeping your team members alive. If helping teammates is your top priority, choose this class.

The Sniper class is one of the lesser-known classes that can inflict much damage on enemies through its sniper rifle. We do not recommend selecting this character class first if you are a beginner.

Spy class can be called the most challenging character class in this game. It can become invisible and attack its enemies from behind. It can also show itself as your friend, while it is also your enemy. 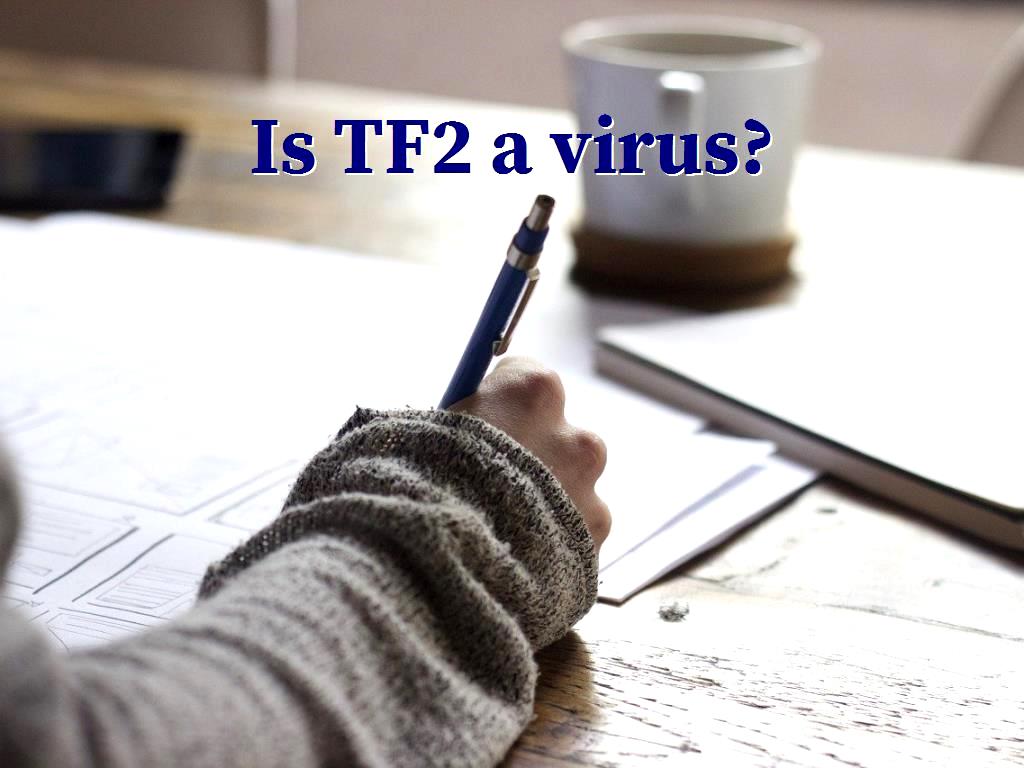 The biggest drawback of this effect is that the game is repetitive after a hundred hours, but when you experience it, you know that you have played a particular game.

Rich, majestic, and intensely entertaining it is.

This game is one of the best video games in defining your relationship with other gamers and redefining teamwork.

The action game of the Fortress 2 team has a fast and rough rhythm, and the way the game is presented is both funny and exciting.  The gameplay is also designed to be easy to communicate  with.

What security principles do you consider when building a website?

What is network security, and why is it important?