In this article, we want to look at the methods and tools of scammers and how to hack and access our security and private information.

What we need to know about hackers:

As a result of media advertising, the word, hacker, has a negative connotation and evokes saboteurs looking for ways to harass computer users, defraud companies, steal information, destroy the economy, or even start a war by disclosing secret military information.

Hackers with malicious intent are no denying, but they make up a tiny percentage of the hacker community.

The term hacker first came into being in the mid-1960s and meant programming that plowed computer code. Hackers were talented people who could find new ways to use computers and create programs that no one else could have imagined.

The common denominator of all these hackers was their great curiosity, and not only could they create new programs, but they were also able to figure out how other systems and programs work. When a program has an error – that is, the part of the code that does not allow the program to function correctly – hackers create and publish tiny pieces of software to fix the error, known as patches. Some of them found jobs that made good use of their skills and paid them for what they had previously done for free.

With the growth of technology, computer engineers began to network computers. The word hacker soon took on a new meaning – someone who uses a computer to explore networks they do not belong to. Hackers usually had no malicious intent. They just wanted to understand how the networks work, identify entry barriers, and overcome them as a challenge.

The truth has not changed much today, and despite the many stories that have been published about malicious hackers deliberately sabotaging computer systems, breaking network filters, and spreading viruses, most hackers are just curious people. Who want to know the details of the computer world. Some hackers even use their knowledge to increase the security level of companies and governments and help them in this regard. 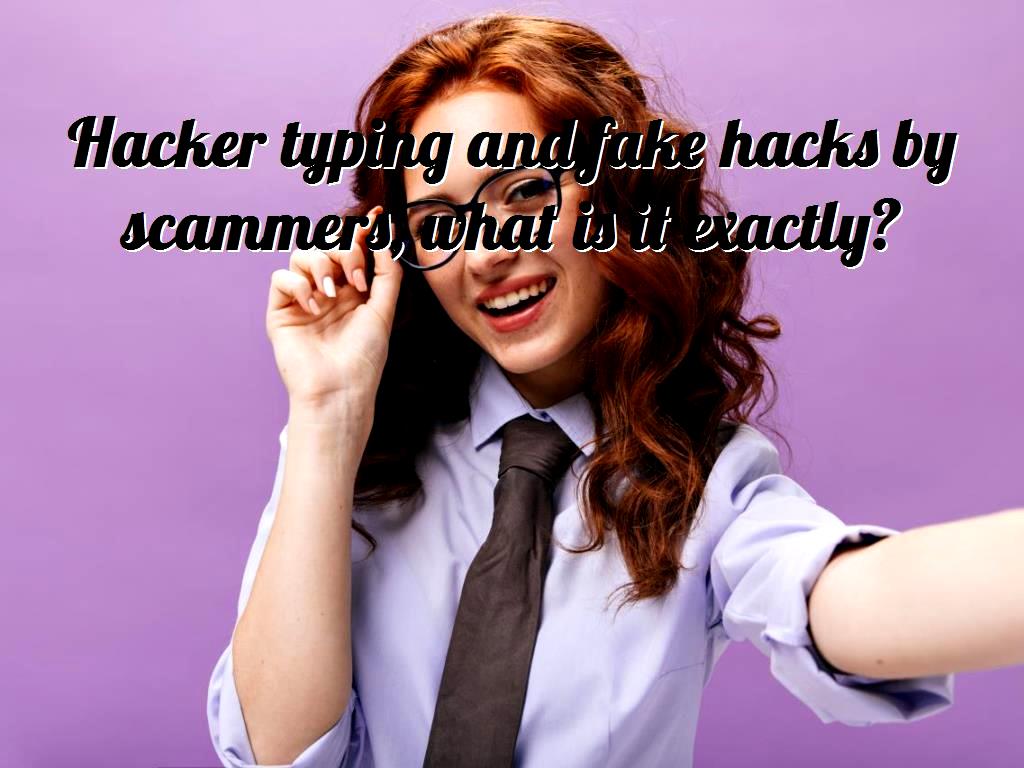 The primary source of hackers, in addition to their rich intelligence, is computer code. Because there are large communities of hackers on the internet, only a few hackers program in person. Many hackers look for code written by others and obtain it over the internet. There are thousands of codes through which hackers can infiltrate computer systems and networks.

These programs give hackers a lot of power against innocent users and companies because once a program exploits it.

Some programs allow hackers to record all the keys pressed by the users. Once these programs are installed on the victim s computer, they start recording all the keystrokes and send the recorded information to the hacker.

The hacker then filters the information he needs from them, which may lead to the theft of the victim s identity.

Another way to hack a password is a dictionary attack method in which a computer program tests common dictionary words in the password field.

Infecting a computer or system with viruses is another goal of malicious hackers. Computer viruses are programmed to reproduce themselves, leading to various problems, from a laptop crashing to erasing data on a hard disk. A hacker may infiltrate a system and install a virus on it. Still, the most common method is to create a simple virus and send it via email, instant messaging, or posting on websites that contain downloadable information and networks such as ls equal to pp.

Hackers have created programs that allow them to view emails or, in fact, eavesdrop. Today, many email programs use sophisticated encryption techniques that hackers can not figure out even emails are leaked.

Like password theft, some hackers create programs that seek unprotected ways to infiltrate systems and networks. In the early days of the internet, many computer systems were less secure, and hackers could find a way to hack into a system without a username and password. One way to discover remote access to a system is to place a trojan on the victim's system.

Many hackers can not cause trouble. Instead, they have infiltrated the systems to get rid of them. For hackers, a secure system like mount Everest must be penetrated to conquer it, but according to the laws of many countries, infiltrating the system without the permission of its owner is considered a crime. Some use their talent and knowledge to improve software security quality and produce more secure products. Many people who in the past used their talent to break the security barriers of systems have used their genius in full and comprehensive security features.

In other words, the internet is a battleground for different types of hackers, evil hackers or black hats who try to infiltrate systems and spread viruses, and good hackers or white hats who design security systems. And develop powerful antivirus software.

Open-source software allows hackers to learn new content and experiences from each other and work to make the software work better than before. These applications can range from straightforward applications to complex systems such as the Linux operating system.

Ways to get past hackers

When you buy a new mobile phone, the first thing you need to do is adjust the screen lock. Android lets you lock your phone using a pin, password, pattern, face ID scanner, and fingerprint open yourself.

Security experts suggest that you be very careful if you need to connect to public wi-fi as required. There have been several times when hackers have stolen and misused people's information through public wi-fi.

The best way to deal with potential abuses in such a situation is to look for sites that work with HTTPS URLs. Note that the HTTPS URL is an indicator for secure websites.

When on public wi-fi networks, do not enter your credit card information or even use online banking.

VPN is an extra layer of protection for your browser because all your data passes through an encrypted connection between the phone and the VPN server. In addition, the VPN hides your IP address, allowing you even to visit the dark web and encrypt all your internet traffic. Using a VPN makes you invisible to all spies.

Security updates are essential, and you should never turn them off. Various android vendors offer monthly security updates for phones to fix security vulnerabilities and protect the user s device against any possible attack. If you did not do this, turn on security updates. Of course, the phone security update may be turned on by default, but check it for complete security.

The best way to prevent your Google account from being hacked is to use two-step verification. If you enable this feature from the settings tab, a code will be sent to you whenever you try to sign in to your google account from other devices. It may seem not very pleasant to you, but it dramatically raises your security level.

It does not matter if your password is stolen; no one can access your information. Sign up for googles two-step authentication feature on google. You can choose to have the code texted or notified by phone every time you log in.

Some people fall victim to SMS scams. For example, you may receive a text message pretending to be from a bank asking you to sign in to your account. Or instances of WhatsApp scams that ask you to pay a small fee to continue using the service and then hack your card information.

There is no perfect way to deal with this situation, and there is no security option or software that will secure your phone and information. You have to be careful yourself and do not open suspicious links.

What to do with the hacked phone?

Delete unknown applications: if you do not remember downloading a program and do not know its purpose and what it does, the best way is to remove it for safety.

Use antivirus software: many good antivirus programs are designed for all operating systems. Using this type of software protects you from possible external attacks.

Return to factory settings: this should be the last resort. Resetting to factory settings will erase all your phone data and restore it to its original state and default settings. Your photos, locations, and everything else will be deleted. In this case, any hacking program, along with all your files, will be removed from the phone.

Check your phone bill: if your phone is hacked, you will notice a higher monthly bill than usual. Extra activity is likely to increase the cost of your data. Get the phone bill details from the operator and check them carefully. Contacting your service provider can save you money.

In the last word

Cyberspace is a space that we are constantly exposed to hack, and we can not even identify who is working.

Like any place where we provide security for ourselves, we must maintain the security measures mentioned in cyberspace, which may sometimes affect real daily life.

Is Roblox safe from hackers?

Best Hacking tools Hackers Use to Spy on You

How do I remove malware from my phone?