Cyber-attacks is growing every day and it has bad effect on different devises and digital networks.

Cyber-attack has become more troublesome and disruptive over the past few years. Cyber attacking is one of the highest and fastest increasing industries. Most people understand the importance of data protection in their businesses, organizations, companies, and other major than ever before. Some inattention navigates develop gradually cyber risks. Hackers are utilizing security weaknesses and grabbing the information of businesses, companies, governments, and organizations, often demanding nearly billions of dollars in payment from these places. It is an ever-evolving form of malware plan to encrypt files on several devices, making any files of the systems that depend on them unusable. Malicious acts then demand ransom in change for decryption. Ransomware complainants frequently target selling data or giving away secret and authentication data. Here there are the top 10  most common kinds of cyber-attacks. 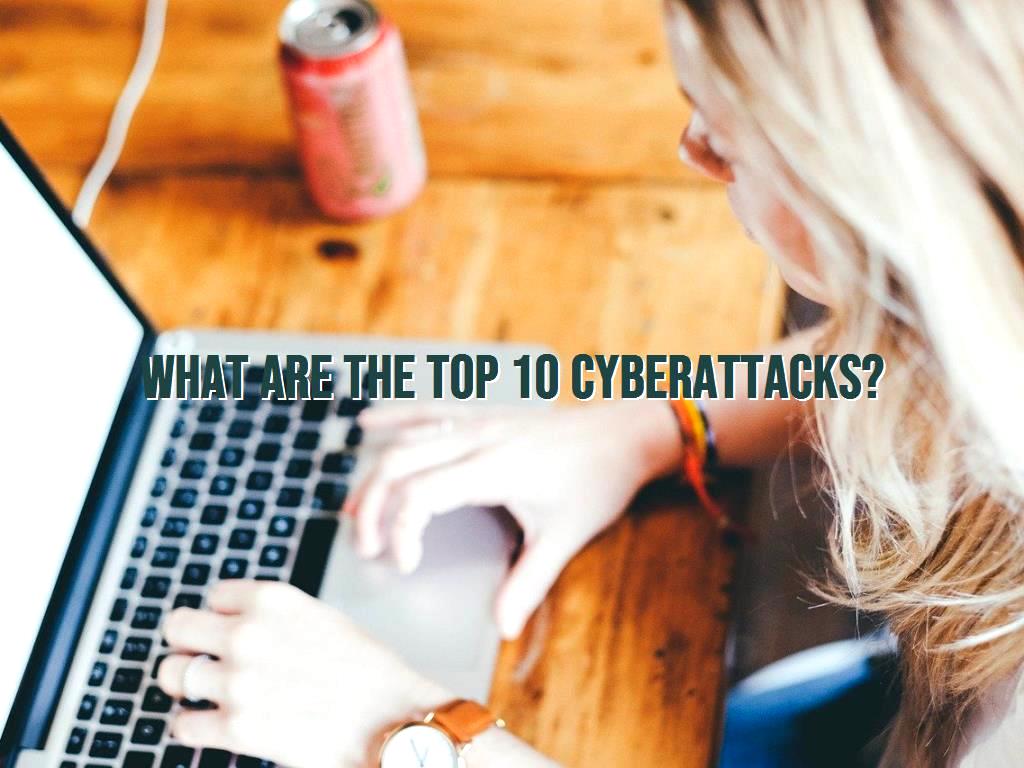 Malware is intrusive and unwanted software  that is designed to be installed on the system without your agreement that damage and hurt computer systems containing spyware, ransomware, viruses, and worms. Malware breaches a network through a sensitivity, typically when a user clicks dangerous links or text and emails attachment that installs high-risk software. There are some results of a malware attack, it can randomly block access to the key elements of the network, or it can add harmful software, secretly obtain information by transmitting digital information and disrupts special elements and make the system unworkable.

Ransomware is malicious software  that keeps the data captive until a ransom is paid. It blocks access to the information and then threatens to remove or clear it. Your content is then encrypted, both totally and partially. On another point, it can't be used without the decryption key. The hacker usually asks to be paid in money. The ransomware attack is a serious cyber threat. These attacks affect the network and hold your data, immediately loss the personal data from your systems. The financial destroy and damages from lost productivity and data often are the most destructive to a business or company.

Phishing is a kind of social attack  often used to grab or steal personal user data. Phishing is the way of sending fraudulent communication that appears to come from a reliable source. It usually happens through emails. The goal of phishing is to steal sensitive and important data like credit card data, login information and to install malware on the victim's system. Phishing is an increasingly common and usual cyber-attack. It is usually used to gain data and secret information of governmental networks as a section of a larger attack. The data is used to access important accounts, and it can result in identity theft and financial loss, hackers can hacker the payment card network from different big companies.

Of course, there are different kinds of phishing that we mention here.

1. Spear phishing goals is special organizations or companies to steal sensitive data such as account detail.

2. Whaling is a type of spear phishing, too. It attacks within an organization and often impersonates user complaints or personal data.

3. Clone phishing is carried out by attacking previously delivered emails, including an attachment link, and then using it to create the same email with the intent of getting access to wealthy credentials.

Growing the numbers of customers' requests for facilities services, the proliferation of regulatory necessity, and the availability of new technologies mean that now is more, the financial organization should trust the expertise of third-party vendors. While these vendors provide much-needed services that offer solutions to various issues, risk should also be decreased. Many retailers have used third parties for services such as payment methods. As such, they often believe liability for a third-party breach does not apply to them. In reality, using a third-party vendor doesn't absolve them of responsibility for a data violation. Hackers can steal information through third-party vendors. Even if an attack happens with a third party, the business and also companies that contracted with the third-party vendor are reliable, responsible, and legally need to notify their customer and regulators if there is a data violation.

Systems sometimes hack in easy ways. A malicious hacker cracks the user's passwords or sometimes guess their security questions if they are easy to guess. Often an early stage of  a cyber-based attack, credential theft can cause attackers to work undetected throughout the internet or a network, after sometimes resetting passwords and not using wreak passwords within an organization or business. Criminals can buy stolen personal data on the dark web, an encrypted part of the internet that is not a list of search engines.

One another common techniques are credential stuffing.  A credential stuffing  is an automated attack using bots to try several stolen usernames and passwords mixture on a goal of website or application. The industry of security is searching for an overwhelming growth in credential stuffing attacks because many users have had their login data stolen due to breaches over the past years. Attackers count on the reuse of the credentials among multiple applications or websites, and they want to yield significant profits for attackers. 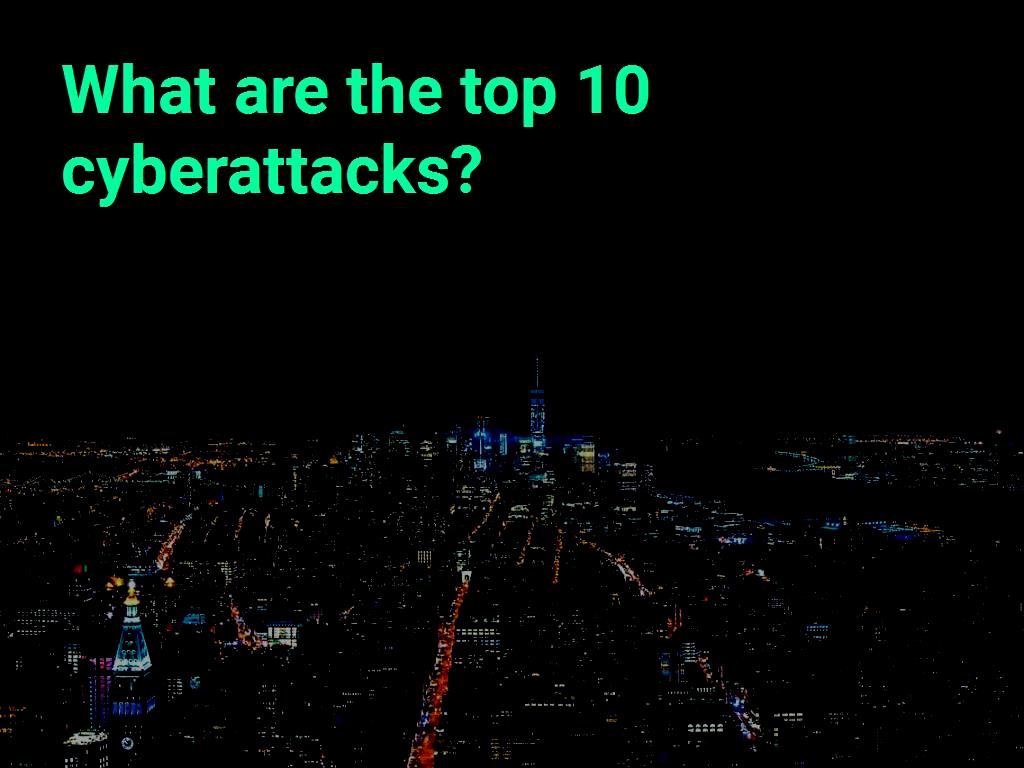 There is a common and normal way of laying out malware. Cyber-attackers hack into unsafe websites that they don't aware of them. They hack by inserting scripts into the codes of one of these web pages. If you want to know what their goal is, it is to install malware directly onto a site user's computer versus a secrecy download. This can be done without user knowledge or awareness but without your understanding of the result of downloading malware or simple unwanted software.

Patch ManagementSeveral attacks start with out-of-date software. Because of this, they do not stay updated with software patches leaves companies powerless to any number of data security contraventions. When attackers discover a software vulnerability, they can make full use of it to launch a cyberattack. The attacks use a critical weakness in the windows operating systems known as eternal Blue. Crucially, Microsoft made a cover for the Eternal Blue vulnerability two months earlier. Organizations of businesses that did not upgrade their software were left exposed, millions of dollars were lost over an effortless failure in updating software.

Man in the middle attack

Man-in-the-middle or MitM attacks, also popular as eavesdropping attacks that hackers get into your system and grab your data. It occurs when an attacker inserts themselves into a two-party transaction. When the attackers interrupt the traffic, they can filter, steal and grab information. And now we are talking about two famous and easy points of use of MitM attacks: The first point is the unsecure and unlocks your public Wi-Fi, the attackers able to insert themselves between a user device and the network. Without understanding, the user passes all data through the attacker. The next point is once malware has breached a system, an attacker can install software to process all of the targets data that they need.

Likely  zero-day exploit  is not so famous. It hits the system after a network defenselessness is announced before a vamp or solution is implemented. The aim of attackers is to disclose defenselessness during the window of time. Zero-day defenselessness threat detection needs constant awareness. After an exploit is shown to the authors of the impacted software, the defenselessness is often fixed and refreshed through a patch to make the feat unusable. This data is made ready to use and to security sellers as well. For basic known cybersecurity defenselessness, there are some organizations and businesses that have listed every vulnerability and prepared an identification number, an explanation. Anyways one public reference exploits unknown to everyone, but the people that developed and used them are referred to as zero-day exploits. These are the most dangerous exploits, as they occur when a software or system architecture includes a critical security defenselessness that the seller is unaware of.

First of all, let's define what a cyber-attack is for yourself. After that, you can search about the most common cyberattacks. They are offensive actions aimed at infrastructures. Their aim is stealing, taking, modifying, or damaging the data of computer systems. Cyber-attacks seem to be dominating headlines in recent years, so everyone should be more careful about the hackers. Generally, the greater of the vulnerabilities numbers are the result of a software architecture bug. Attackers write and use their code to take advantage of these vulnerabilities and inject different malware into the system. In this article, you can learn about how hackers reach your data.