Throughout history, attacks have been carried out by hackers and attackers, which have many negative and destructive effects, and in this article, we want to mention 10 of the most costly attacks in the history.

As they know, with the increase and growth of technology, the number of hackers also increases, and the tools and different types of attacks that they use and carry out to hack and infiltrate systems are also advanced. The number of people motivated to hack systems is increasing and people want to hack many systems and misuse their data and resources. According to statistics, about 59% of companies are attacked by hackers and attackers for cyber-attacks. Of course, this percentage is according to Sat statistics and in this article, we want to point out 10 cyber bullets that were very expensive. 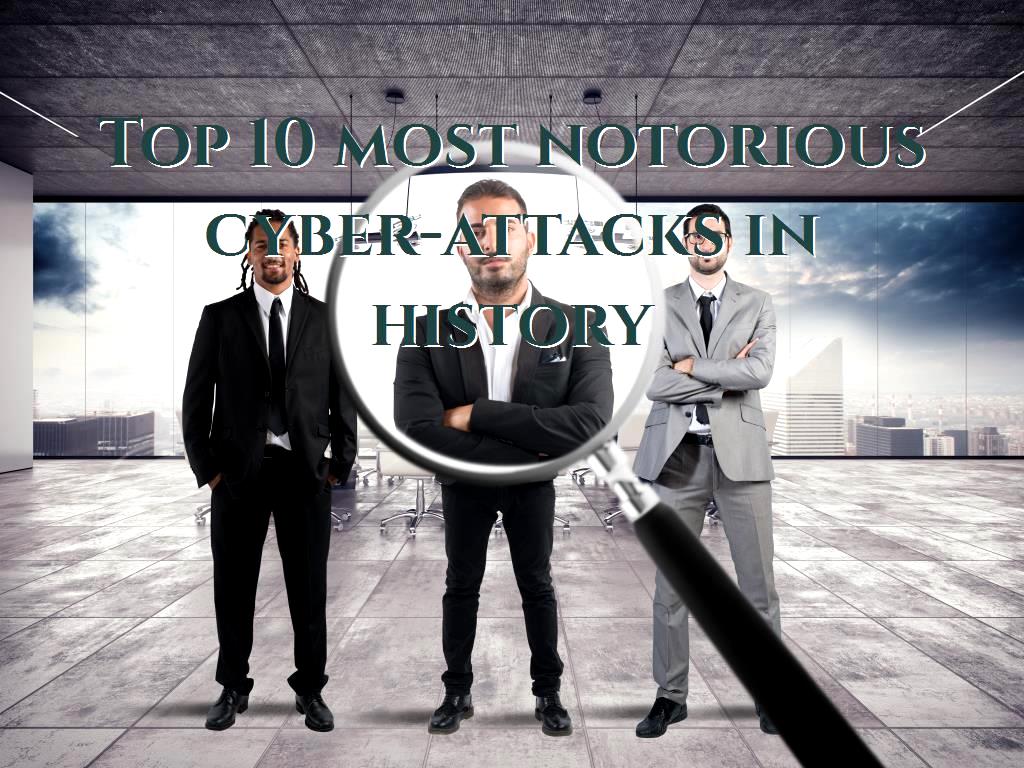 A huge amount of money and huge sums that were being exchanged in the Citigroup collection and institute were attacked by hackers and attackers. In addition to the huge number of names, user and personal information, phone numbers, bank accounts and many important information and data of the employees of this collection were attacked by hackers. The number of users and employees in this collection was more than 200,000 users and employees, all their important information and data fell into the hands of hackers and the hackers also stole them. It is worth noting that hackers and thieves were also able to steal a huge amount of about $ 2.7 million and use them. This attack was one of the cyber-attacks that was carried out through the system and the network and had costly damages. Data and information, and most importantly about $ 2.7 million of users' money was stolen.

Two countries that are not at war with each other in the form of hardware is a kind of politics and diplomacy. In this way, instead of having a hard and dubious war, they are at war with each other diplomatically and politically. In 2004, a man named Shawn Carpenter discovered that important US military data systems and systems had been hacked and misused. Titan rain has been one of the FBI's operational ciphers used to crack down on US military data security breaches. All these operations were to prevent attackers from attacking and to prevent hacking and infiltration of US military resource data. And the tricks of unemployed hackers. However, this hacking and infiltration of the US military system has been so dangerous that in case of hacker attack, it could be one of the cyber-attacks, the results, and damages of which were irreparable.

It is worth mentioning that heartland payment systems are one of the secure payment systems that many users used to pay for this system, but unfortunately in 2008 this payment system fell victim to a plan and a cyber-attack by abusive hackers. Important accounts and accounts of many users were stolen. A malware secretly attacked, attacked, and attacked the network system of this system, and the malware and hacker group were able to steal more than 100 million card numbers. One of the main managers, also known as the mastermind of this malware team, was Albert Gonzalez. The man, who was found guilty by a federal judge, was sentenced to 20 years in prison as a punishment for hacking, infiltrating, and stealing 100 million card numbers, and must serve 20 years in prison. But it is worth noting that for heartland, which had a secure payment system, a lot of serious damage was done, and about more than 140 million dollars were lost to this company. Of course, in addition to the financial damage, which was more than $ 140 million, he paid attention to the famous slogan of the company and the system, which said: "The highest standards and the safest transfers."

A grocery retailer was attacked by hackers in 2007 and 2008. During this time, the Hannaford Brothers system stole more than 4.2 million card numbers and other important user information and data. Hackers were able to steal all their data by installing malware on the company's system. Experts estimated the amount of financial damage to the hard-working and successful Brothers Company at about $ 252 million and said that the company suffered more than $ 252 million in financial losses. Again, one of the main figures known as the mastermind of the malware team was Albert Gonzalez.

It is worth mentioning that 5 TJX is one of the retail companies that offers good brands such as TJX, Max and Marshall. This powerful and famous company was not safe from the evil plans of the attackers and was attacked by cyber. More than 455 million credit cards were stolen from the company by the attackers, causing more than $ 250 million in financial damage to the company.

It is worth mentioning that in 2004, a teenager was able to create a virus using his computer system, which he used to infect almost more than half of the world's computers.

The virus became so dangerous when it was able to disable all of Delta Airlines' computer systems and cancel many important intercontinental flights. But in the end, the teenager, and the virus he released were trapped by some experts who won the $ 250,000 Microsoft award. The damage caused by the virus to Delta Airlines was about $ 500 million. However, in addition to Delta's computer systems, other companies were also damaged, which in general, can be estimated at $ 1 billion worldwide.

This person was not one of the most famous boys of his time, but he was one of the famous mafia boys who was 15 years old. Surprisingly, this person had acquired a high level of computer skills. He had carried out many cyber-attacks. The victim companies hacked by Michael Calci were dell, CNN media giant and CNN media giant and Amazon sales sites developed ( in French: sites de vente développés ). In total, the damage caused by Michael Calci was about $ 1.2 billion worldwide. This person was the only one who was able to hack into various types of well-known companies that claimed that their systems were highly secure, with access to superior computer expertise. The man, who alone owed $ 1.2 billion in damages, was jailed for eight months at his home as punishment. 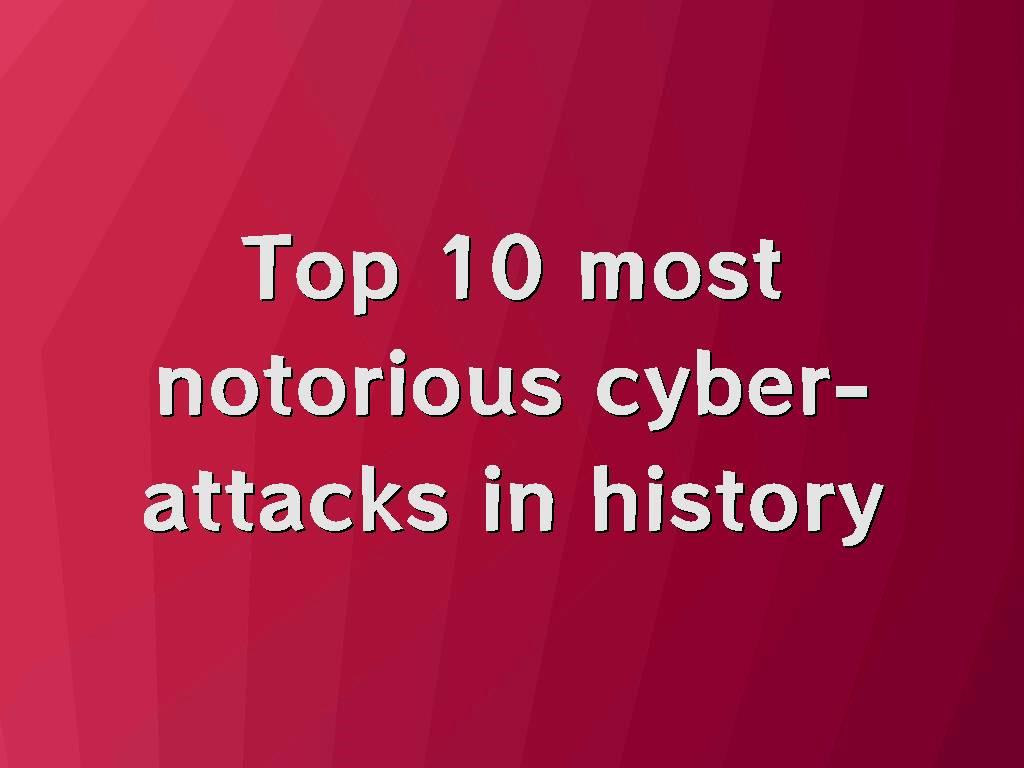 In a trick and cyber-attack, the data and information of millions of users who used online games and PlayStation were revealed. The personal information of millions of users who used Sony PlayStations and online entertainment was stolen by unidentified hackers. It caused some 1 to 2 billion in financial losses to the company. But it is better to know that the exact number of damages is not known, and if the experts calculate the financial damages accurately, it will be followed by the most and the greatest financial losses. In addition to financial losses, due to the disruption of the performance of entertainment systems and online games may cause anger to gamers and lose the number of users and customers.

In March 2011, Epsilon was attacked by e-mail with damage ranging from $ 255 million to $ 4 billion. This company is one of the companies that has suffered one of the costliest losses from cyber-attacks. Hackers and attackers have stolen the company's e-mails, which could be used by criminals to inflict more damage and costs.

This method and cyber-attack is another method and attack that has caused the most damage so far. In 1982, when the use of computers became less common, a method was used to succeed in war. The codes were inserted into Siberian gas pipes, disrupting the system, and destroying important data from the systems. This method created huge costs as a loss for the Russians, which does not want to talk about.

These are some of the worst and most dangerous cyber-attacks in history that have caused a great deal of financial damage to companies.

Website SEO analysis services
What are the best practices for app security?