In this article, DotNek group will provide you an accurate definition of zero day exploit as well as an example of it. You will also understand about this attack’s details.

Zero Day attacks  are a method of attacking or infiltrating through one of the weaknesses in software or applications hidden from their  designers and developers. Attackers detect this vulnerability and security problem without being notified by the software company owners. These methods are used by programmers to attack or infiltrate users' systems. That is why this type of attack is called zero day. In this article, we will show you an example of these attacks and a true definition of them. 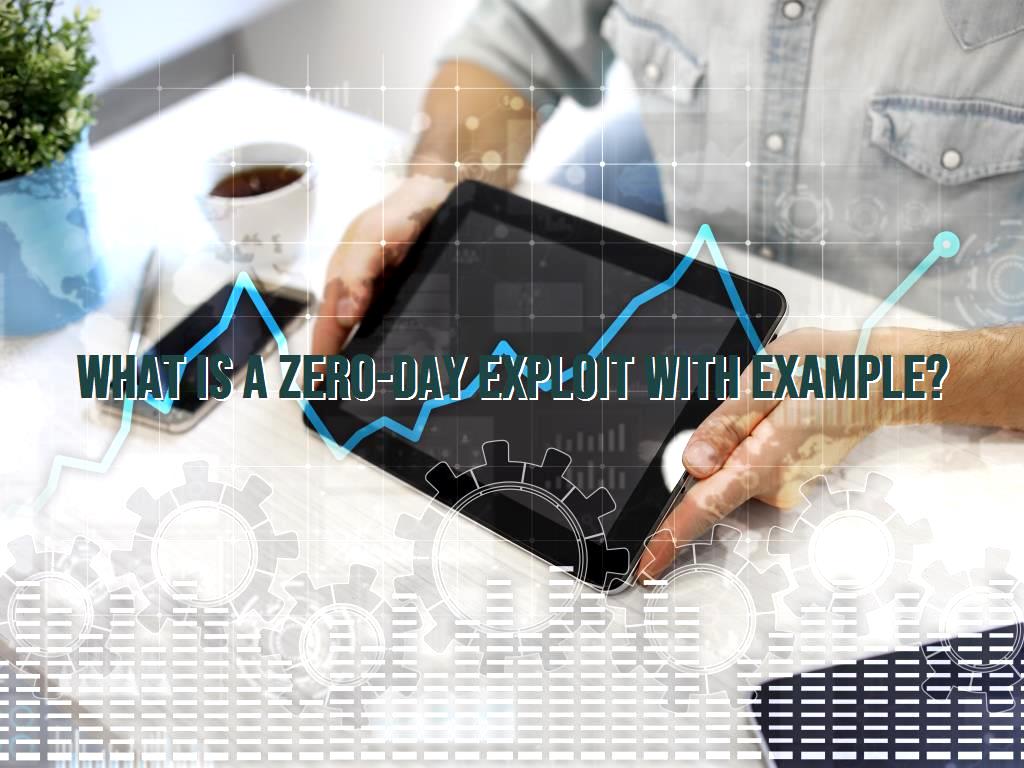 What is zero day attack?

You may have heard of Zero Day attacks or vulnerabilities. In the literal sense, Zero Day means the day we have not yet reached, and we do not know of such a thing. When we talk about the Zero Day attack, we are talking about an episode that no one has ever identified, and there is no information about that and no way to detect it or prevent it from happening. Have you ever wondered if there is a virus that any antivirus has not yet seen? Well, it may seem dangerous, but you need to know that it is possible. In this way, you need to become familiar with the example of this kind of attack to protect your information and devices.

Zero Day or Zero Hour or 0-Day is actually a computer threat that no one knows about it except  the hacker or the cracker  who has discovered it, and this vulnerability is not identifiable to anyone. In such cases, the hacker can easily affect your computer programs, corrupt and manipulate your data without being realized by security software. Note that even if  the software company  realizes that there is a Zero Day in their software, the Zero Day will remain Zero Day until they update and release their new patch. You may not believe that, but there are Zero Days that hackers are selling for millions of dollars, and no one even knows what they will do until one of the hackers publishes them for their use.

According to research conducted by Symantec, an antivirus company in the world, between 2008 and 2011, 18 Zero Days were identified, 11 of which had not been reported at all and were identified at the same time and together. Zero Day attacks are very difficult to detect and prevent because neither antivirus nor patch software could catch them, and even intrusion detection systems can not detect them in many cases.

Why is this dangerous to get attacked by zero days?

Zero days attacks are not detectable or may be detected after a long time of their presence, so it would be dangerous if you are attacked by one of them. Most of the time, during the infection time, hackers start stealing your information, and at least they will get control of your system by getting help from some malware. This malware would start writing malicious codes and entering them into your computer without getting recognized by you as a user. They even may start writing and sending messages to your friends and contact list to access their information as same. They can also install some spyware on your system to extract all sensitive data and start using them. They will be able to use your data and threaten you with them, so you will have to spend an amount of money on them each time they ask for it.

How long zero days will last?

Zero Days do not always remain Zero Days. They can be identified and prevented by reports to security services and antivirus vendors over some time. Still, usually, they are active and can do their job during the same period. On average and due to the reports, a Zero Day can be identified in 312 days, and a solution will be provided, but sometimes there have been Zero Days that took two or more years to get recognized.

Zero days attacks, as mentioned before, are not detectable. Still, there would be some protections against them, and it means to become aware of vulnerabilities and protect them from being abused. In this case, you need to use some special tools to detect your vulnerabilities and solve them or find some protection ways. These protection mechanisms work on modern operating systems such as Microsoft Windows 8 Windows 7 and are also available for Windows Vista, Apple Mac OS X, Solaris (OS), Linux, and Ionix. For example, running ACLs for services, restricting network access through a local server firewall, and securing the entire network with a hardware firewall. Using port blocking provides adequate protection against zero-day attacks on network services, and it is also essential to keep your system up to date. You should pay attention to the emails in your inbox and should not open any suspicious and unknown emails because they may be infected and are aimed to destroy your system or steal your data.

Some examples of zero day

This attack happened in June 2019 which was programmed to infect Eastern Europe and was identified by researchers very soon. This attack was regarded as getting access to the windows by using a vulnerability in Microsoft Windows but was not successful. After the attack's identification, Microsoft took the responsibility of rectifying it. This attack was supported by malware which was like  a phishing attack.

There was another attack aimed to infiltrate Microsoft Windows in February 2019, and it was identified by AEP (Automatic Exploit Prevention). This attack was the fourth try to get access to Microsoft Windows by taking advantage of the same vulnerability, and it was repeated one more time a month later than this attack. And then, the patch was released immediately to protect against these attacks.

DNC which stands for Democratic National Committee  was attacked by a zero day type of attack. This attack was one of the most famous of attacks ever. This attack was programmed to infiltrate the DNC system by a Russian hacker. Then the State had blocked this discovery on Adobe Flash, Microsoft Windows, and Java. In contrast to all zero-day attacks, this one targeted specific individuals rather than the general public. This attack was programmed to steal the information and passwords of individuals working in the DNC by using phishing tricks. The hacker had sent emails to the users and workers, which were some infected mails, and once they got opened, the passwords would get stolen.

Aurora is an operation that has been attacked several times by any cyberattacks. And also, it was attacked by a zero-day virus aimed at not only getting access to the Aurora information but also other companies such as Dow Chemical, Yahoo, Morgan Stanley, Northrop Grumman, and Symantec, to name a few. The attack was started in 2009 and lasted for almost one year. It was finally recognized in 2010. The main goal of this attack was to get the information of methods of detecting viruses and malware to make a new and stronger attack that becomes unable to get detected or last for a long period. 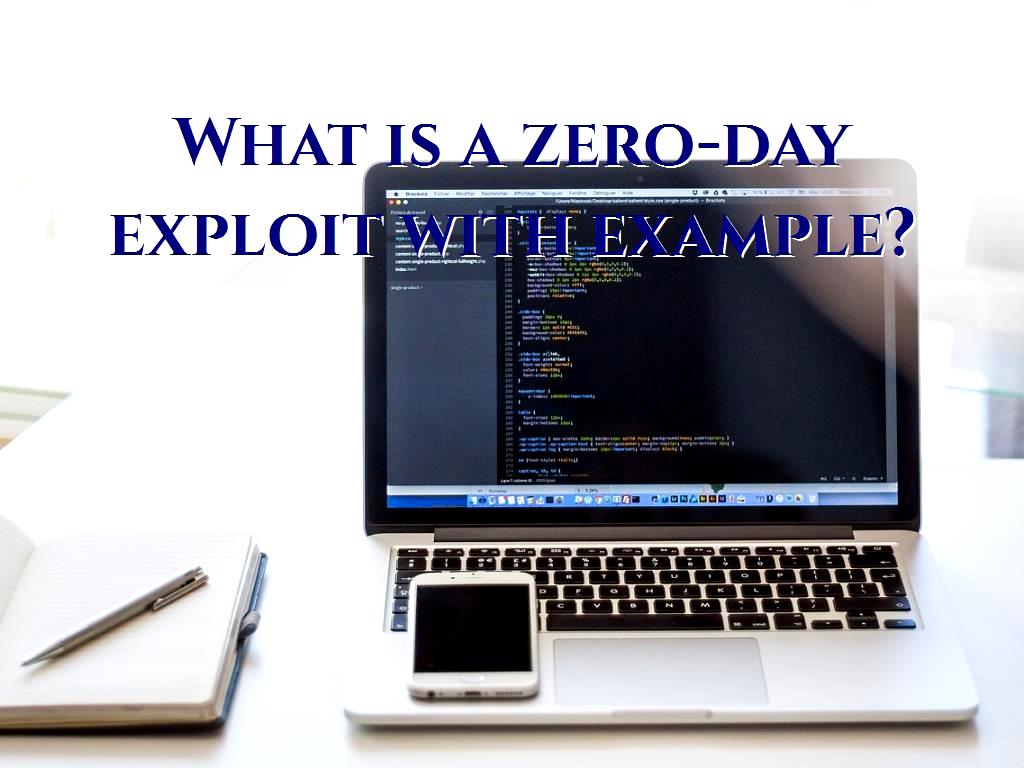 You are now aware of Zero-day attacks and have learned some protection ways against them. So we recommend you not to stay careless about them and make sure that you are always safe and there is no threat for you. You should also know that zero-day attacks are aimed to infect big companies and industries most of the time, and they would not always be dangerous to individuals. However, still, it is important to protect your system and information from being stolen. To protect your system and computer, it is recommended to update every software and application as soon as the security patches are released and make sure that you are not opening unknown emails and installing  an Internet Security app  to protect you while you are surfing the web.

Website SEO analysis services
Should I use WPA2 or WPA3?

What happens if you open a phishing email?