In this article, you will see the way that Adobe was hacked. Adobe is offering various services with a good security level, and we will understand if they can be hacked.

Adobe was first founded in 1982 by Charles Geschke and John Warnock. The idea for the company dates back to 1970 when the two in Xerox's research department were researching the design of a graphics and printing system that could print texts without the need for special hardware. Adobe Postscript technology was introduced to print images and text from a computer on paper. This was the first time that a computer file of any format and type of image and text had been printed on paper, exactly like the one on the monitor screen. Adobe Postscript is still used as the core of today's printers! Adobe launched the Illustrator and Photoshop graphics software following this success. This article will see how secure Adobe is and how it was once hacked. 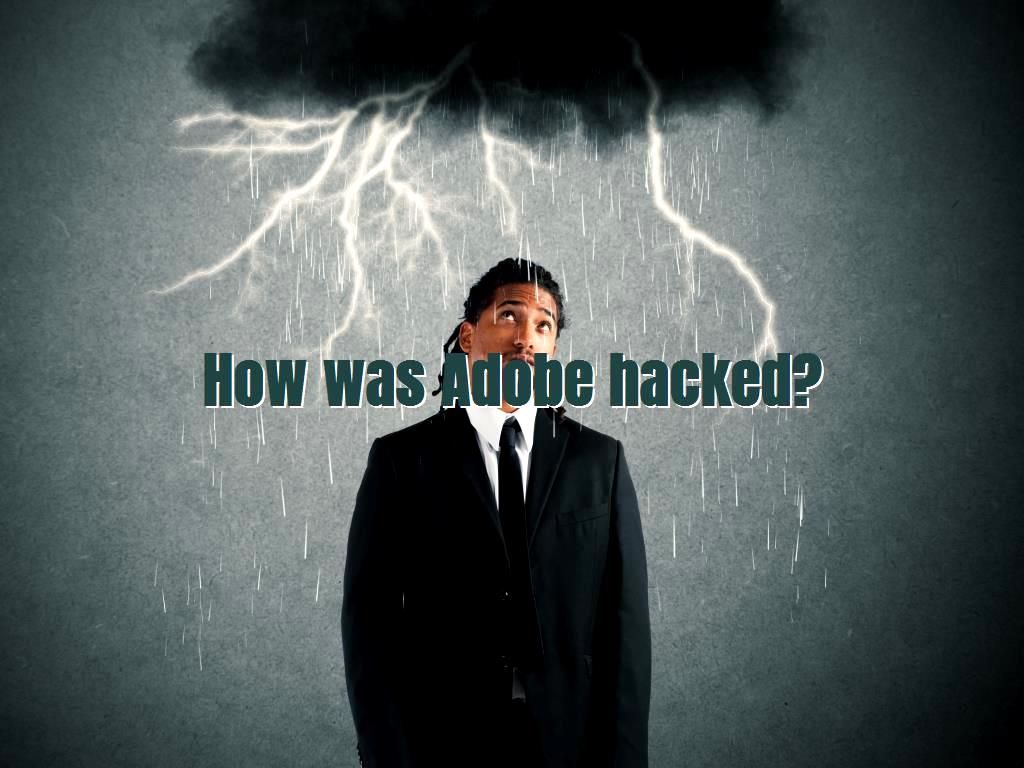 Adobe is an American software company with an international market. The company is headquartered in San Jose, California. has made a name for itself throughout history by focusing on graphic software and multimedia content production tools. Photoshop, the company's most popular software among computer users, has been used at least once by us. The largest brand in the world of digital graphics, in addition to its previous software, now focuses heavily on web-based software. In addition to Photoshop, Acrobat Reader PDF and the popular PDF format are affiliate brand names. was built by former Xerox Park Research Center employees and today is one of the largest brands with 17,000 employees worldwide.

The history of its establishment

Adobe is one of those tech garage companies. John Warnack, a former Xerox employee, left the company to develop the language of the Postscript programmer. In December 1982, he started his own company in his house's garage. Charles Gasche was Varnac's co-founder of the company. Charles left Xerox for the same purpose. John and Charles chose from the Adobe Creek in Los Altos, Warnack's hometown. The creek passed behind Warnak's house. The company's original logo was also designed by Warnak's wife, Marwa Warnak, a graphic designer.

Apple worked closely with Xerox and Xerox Park employees during those years. They even bought a license to use the PostScript language for their printers in 1985. Realizing the high potential of Xerox and its employees, Steve Jobs's offered to buy Adobe.

Has ever been hacked?

The Adobe Creative Cloud service, which is a cloud service for various Adobe applications, was attacked by hackers once in the past, and important information was provided to the hackers in encrypted form.

"Our current research shows that attackers have gained access to Adobe's client IDs and passwords on our systems," said Brad Arkin, Adobe Security Director. "We also found that the attackers obtained information about 2.9 million users, including name, encrypted credit card numbers, expiration dates, and other customer order information." Of course, Arkin believes that the hackers did not obtain the decrypted information. Still, since there is a little possibility, Adobe has begun resetting the passwords of users who may have been attacked and reminded customers to change the password by sending emails to them. Arkin also said, "We also recommend that you change the password of all sites that have chosen a similar password as soon as possible."

The company has also taken steps to prevent hackers from abusing customers' credit cards, and since hackers appear to have accessed the source code of some Adobe products such as Acrobat and ColdFusion. It is recommended to always use the latest available version of Adobe.

The current state of this in recent years

Adobe has gone through several crises in recent years. Despite the constant growth and high sales of products and services such as Creative Cloud packages, the company experienced many challenges. In 2017, a major crackdown on the company's servers provided criminals with the source code of many software later released on the Internet. In addition to software code, hacking into also affected user information. One hundred fifty million reports of user information, as well as 40 million credit card information, were revealed in this attack.

Adobe, like any other large technology company in the world, has become interested in the phenomenon of artificial intelligence in recent years. In March 2018, the company began a new partnership with Nvidia to use each other's capabilities in developing artificial intelligence. The two companies will work together to enhance the artificial intelligence of Adobe Sensei service and machine learning infrastructure for Nvidia GPUs. The partnership between Nvidia and speeds up the implementation of Sensei-based services for Creative Cloud service users. Of course, the cooperation between these two companies has a history of 10 years. Over the years, many efforts have been made to use the capabilities of GPUs to improve services in Adobe software. Examples of the results of Adobe's collaboration with Nvidia include improved lip-to-voice coordination in Character Animator software and intelligent face editing in Photoshop. Other software and services, such as Adobe Stock and Lightroom, have also benefited from this collaboration.

In recent years, Sensei has become Adobe products' main feature and infrastructure. This artificial intelligence is used in suite of services and software, namely Experience Cloud, Creative Cloud, and Document Cloud. Sensei intelligence is very effective in helping users' creativity. This AI understands the language of images, designs, and animations. In other words, the ability to recognize the content in these elements is a sensory ability.

Adobe's latest acquisition in recent years was the Magento e-commerce service from Permira. The $ 1.68 billion purchase was made to boost the company's Experience Cloud services. These services currently provide a variety of analysis, advertising, and marketing services to customers.

Adobe has won numerous honors over the years. The company, which is now ranked in the top 80 most valuable brands on the Forbes list, has been recognized as one of the top companies in the United States for many years. The company currently has about 17,000 employees, and the latest reports put their revenue in 2017 at about $ 7.3 billion. In addition to San Jose, the company has research and operations centers in Newton, New York City, Minneapolis, Lehi, Seattle, and San Francisco. Shantanu Narin is the current CEO and Chairman of Adobe.

The security of this

Security is another area of criticism for Adobe products. Hackers have discovered several security vulnerabilities in the company's Adobe Reader software. Adobe Flash also has a long history of security, functionality, speed, and resource depletion.

One of the most negative aspects of Adobe's history was the discovery of malware in the company's Creative Suite 3 services. It was discovered that the malware was sending user information to a company called Omniture. After informing the customers about this issue, Adobe only announced that from now on, it should be more concerned about the security of its software and services. Later, a security issue was discovered in Photoshop CS5. Initially, a security patch was not released for this issue, but criticism eventually forced Adobe to provide a patch.

Adobe's security crises culminated in 2013 with the penetration of the company's services. On October 3 of that year, they announced that 2.9 million sensitive users' information and data had been stolen during the hacking. The number of users affected by the hacking was estimated at 39 million, and criminals also obtained passwords for encrypted files.

In another breach, a 3.8GB file containing the usernames and encrypted and unencrypted usernames of 152 million Adobe users was stolen and released on the AnonNews website. Investigating the intrusion, security companies said that Adobe's methods for protecting users' information, as well as data encryption methods, had several shortcomings. Many of the high-penetration information cards targeted subscribers to Creative Cloud services. Adobe provided a free membership to US users of the service, but non-US users did not receive such offers. 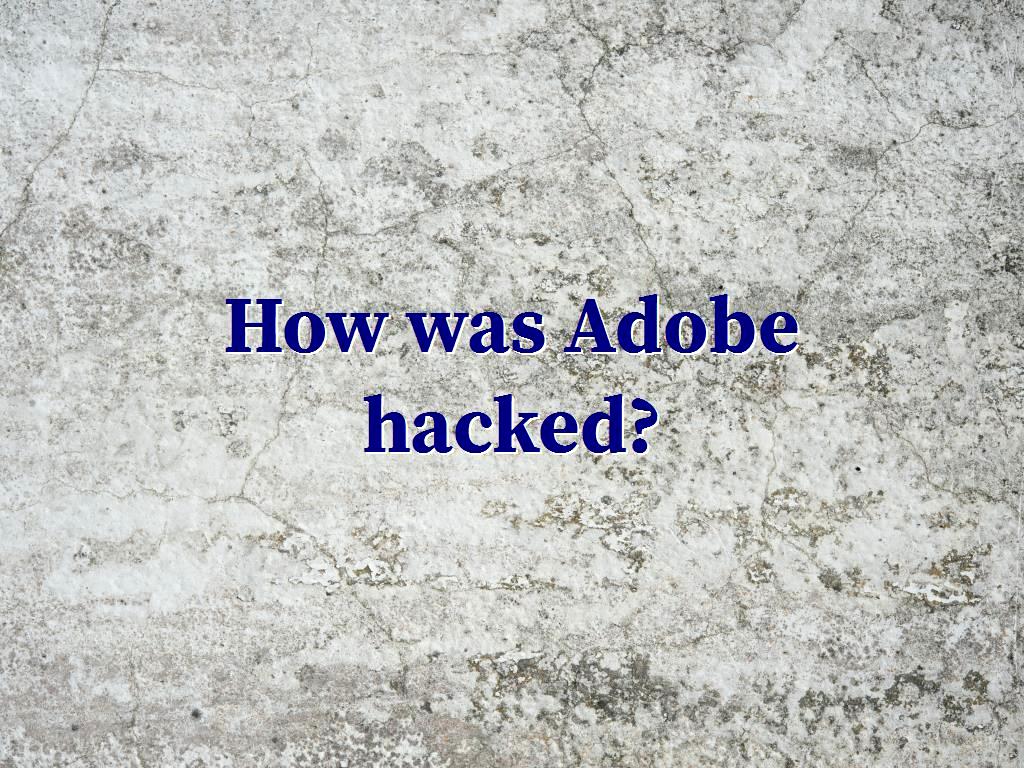 Click to audit your website SEO
Can the firewall be hacked? How much can a firewall be secure?

How do databases get hacked?

What is DoS and DDoS attack?