Google analyzes all the behaviors of users in dealing with a site, and if the traffic to a site is fake, it will quickly find out and eventually fine the site.

Traffic, one of the most engaging things that everybody wants more for sure. More traffic means great chances to generate more leads and have great earning potential.

Indeed, all the traffic is not equally created, or you may say not original. Some companies are attracting more of their clients with the trick of  fake-traffic, and many of them facilitate resellers to resell the fake-traffic.

Therefore, the question arises of what  fake-traffic  is.

Such traffic is generated through fake clicks farms, bots, and  software, not by humans.  Fake-traffic  is used artificially to produce an immense amount of fake impressions on a website used to make fake revenue for a website owner. Such an astonishing amount of impression on a website served as a visitor.

Nowadays, all the advertising networks have restricted policies towards such fake traffic providers, so if they detect any kind of fake impression and traffic on your website, they have the right to suspend the publisher advertisement account and restrict their amounts because of the fake traffic violation.

Identifying fake traffic  is not as simple as it seems to be. However,  Google  has the power to check and tackle fake traffic. Following are the factors upon which  Google Analytics  understand and caught the fraudulent traffic.

Bounce rate  calculates the percentage of a single page session with no interaction with the page. Such sessions specify whether traffic is original or not. If the session amount is excessively high or extremely low, it is undoubtedly due to fake traffic.

The  average session duration  of a natural person on a website is from 30 seconds to several minutes. Anything different and unique refers to some suspicious activity, which you may consider a bot.

The variation of  page sessions  lies between 4 to 5 pages of reading and only a single page reading time. If you get the average of 1 page and nearer to a 1-page session, then this one is not a human.

One of the most important things is the audience's location and language. If you get most of the traffic from a single proxy or source, for sure, it is not human activity. Suppose that your website is in the English language, and suddenly you notice a massive amount of sessions recorded.

There are plenty of sponsored network providers working nowadays. You should beware of those fake service providers. Their deals sound too good to be true. But in reality, they use  bot software  to provide  Fake traffic 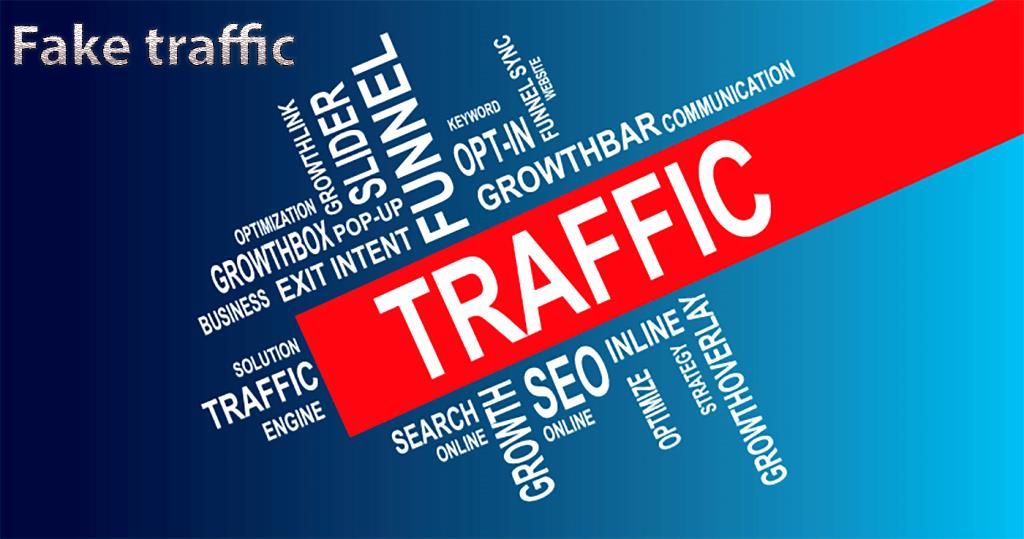 Fake traffic  seems very attractive, but it severely damages your website and restricts your advertisement accounts. If you see any fake traffic, we recommend you reach out to your hosting provider and tell them to block that particular IP through which you are receiving fake traffic. That helps a lot.

Click to analyze your wesbite SEO
How does Google Dance Algorithm work?

How to work with while, for and switch loop commands in Sass

The most important SEO trends 2020

The concept of spiders in SEO

The best methods to build high-quality backlinks for website

What is spam score and what effect does it have on SEO?

What is the hardest programming language?

How to create a plan for global SEO success?

RankBrain algorithm and its importance in future

How to update old posts for SEO