Which social media platforms are growing?

In this article, we will talk about the platforms and applications of social media that are growing every day. We will see which of them are growing faster and are more popular.

Undoubtedly, social networks have become a part of our daily lives! And almost every person and each business are connected to these platforms somehow. This article will check these  applications and platforms that are growing  and getting more popular among their users. Social media is a great resource for big and small businesses looking to promote their brand on the Internet and get known by more people. The social networking platform is very easy to use, and some of these networks even offer paid advertising services for businesses looking for new customers and audiences. Although your business needs social media, it is not necessary for you, as the business owner, to be on each of these platforms. But to take the most advantage of the power and capacity of these social networks, you need to get to know the most popular of them and detect the one that is best for you and can help you with your business; so you will become able to choose one of them and start using it.

To simplify your work, we have prepared some of the most popular social networks for you in the list below, so you can easily decide which one is right for your business. 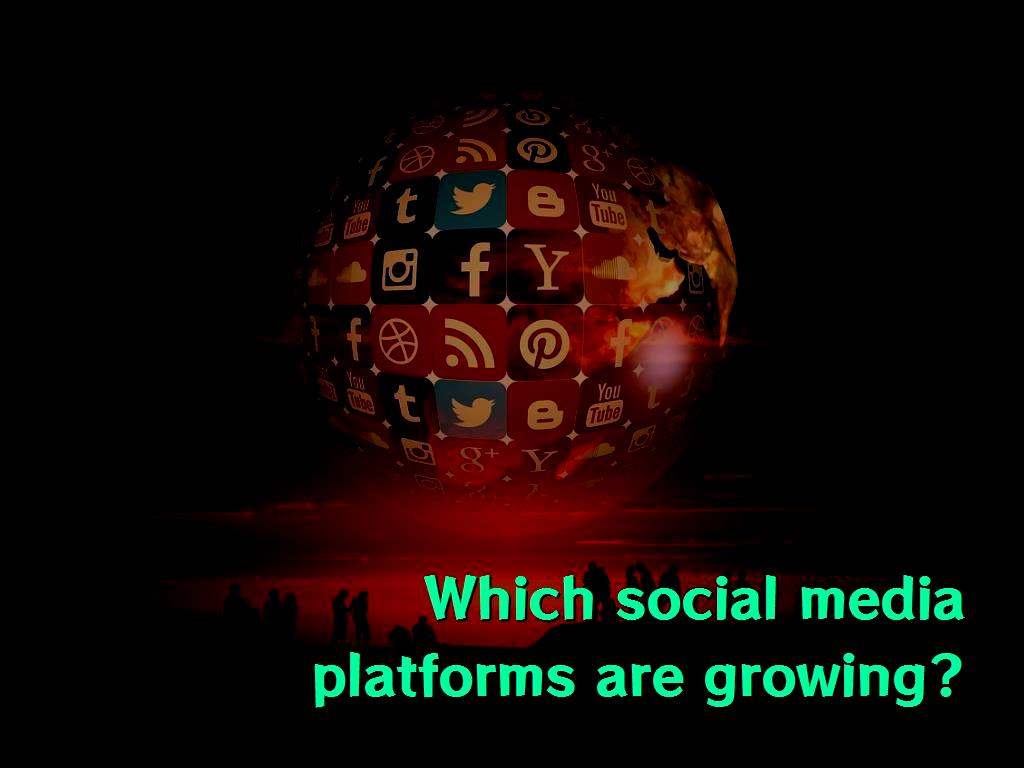 This is the largest social network on the Internet! Both in terms of the number of users and the popularity of its name. It was founded in February 2004. It has gathered nearly 1.6 billion monthly active users in more than 12 years of continuous management and support. This popularity automatically turns this network into one of the best networks to connect people from all over the world to your business. It is estimated that more than one million small and medium-sized businesses use this platform for advertising their business to get known by many people.

You might think that limiting your posts to 140 characters by Twitter leaves no way to  promote your business  and is not a very attractive platform, but you will be shocked to learn that Twitter has more than 320 million monthly active users! Despite the 140-character limitation of its posts, users are still active and sharing information. Businesses can connect with customers via Twitter, answer their short questions, publish the latest news of their changes, and stay safe from spammers, and at the same time can display your ads according to the country of the users and the likes they have made on this platform. Twitter was founded in March 2006 in San Francisco. And is one of the most popular social media applications.

This network was established in December 2002 and launched in May 2003. In June 2016, Microsoft offered to buy this network for $ 26.2 billion.  LinkdIn is the most popular social network  for professional business advertising. This site is available in 24 different living languages ​​worldwide and has more than 400 million registered users. LinkedIn is great for connecting with companies, industries, and businesses similar to their own. It is also used by so many people trying to find a proper job.

YouTube is the biggest and most popular social network  for watching and sharing videos. This network was launched in February 2005 by three PayPal executives and was acquired by Google in the following year for $ 1.6 billion. YouTube has more than 1 billion monthly views and is the second most popular Internet search engine after Google.

Instagram is a video social network  owned by Facebook. This platform was launched in October 2010 and now has more than 500 million active users. Most users use this network to send information such as travel, fashion, food, art, and similar topics in photos and videos. Also, a unique feature of this platform is the presence of special filters for editing images and videos. Almost 95% of Instagram users also use Facebook because they have some similarities and are among the most used and most popular applications worldwide.

TikTok application, which has gained popularity among users in recent years, especially teenagers and young adults, is a video-based platform that allows users to watch attractive short videos. If they wish, they can also create and produce video content. According to the chart published by the experts, The number of downloads of this application, which was developed by a Chinese company, in the second quarter of 2016 was 21.3 million times, which has experienced an upward trend over time, so that in the fourth quarter of 2019 this figure has increased to 219 million downloads.

Pinterest was launched in March 2010. It is almost a newcomer to the competition, but it is one of the most popular social networks. This platform is a digital bulletin board where businesses can pin their products and assets. Pinterest announced in September 2015 that it has more than 100 million users.

After Twitter, Facebook, and LinkedIn, Google+ is the most popular social network. The value of SEO and optimizing this network for sites makes it a different and essential network for any business. It was launched in December 2011 and has attracted over 420 million users. 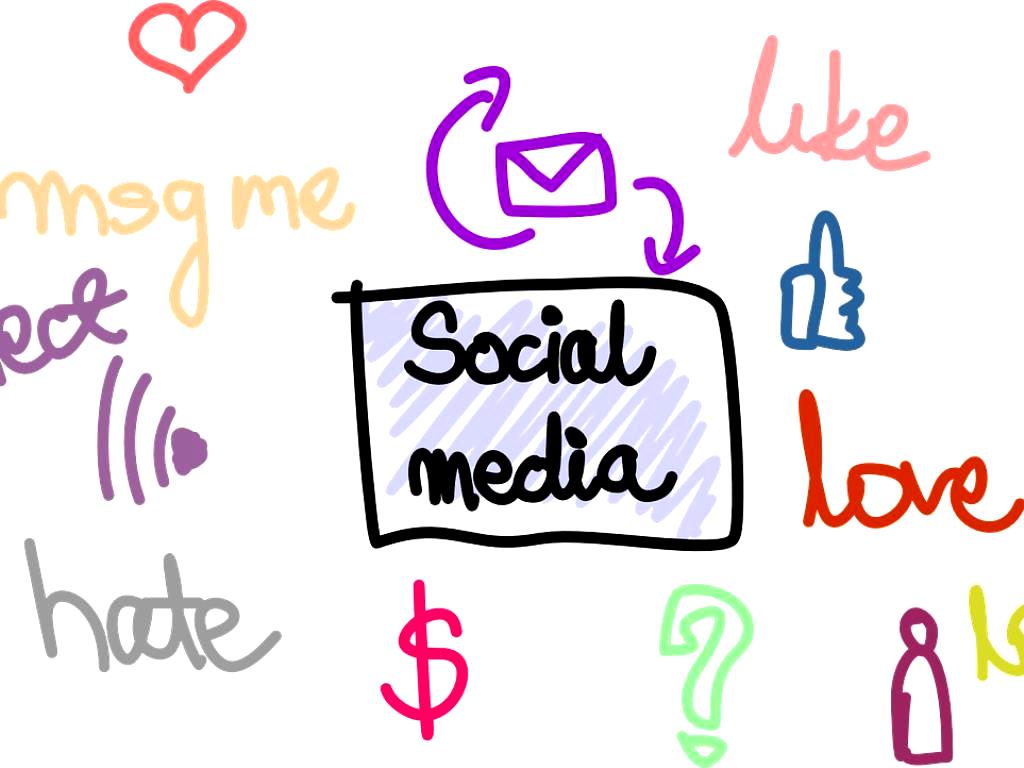 It was launched in Russia in August 2013. It is currently managed in Germany. At first, this network was just a simple messenger, and gradually with the emergence of features such as groups and channels, it can be considered a social network. In February 2016, Telegram announced that more than 100 million active users are on this network monthly, and 350,000 users are being added to this platform daily.

Tumblr is one of the most difficult networks  to work with, but it is also one of the most attractive users. This platform is a kind of microblog known somehow as social media and allows you to publish your content in several different formats. You have no limitation in working with this platform, and it allows you to post, chat and share anything you like. Launched in February 2007 by David Karp, this social network now has more than 200 million blogs.

It is a social news and entertainment network where users can share their links and texts. Also, through the post-voting system, users can view their content rank among other related posts. The content with the highest score Positive is displayed at the top of each section home screen. Reddit was founded in June 2005 by two classmates at the University of Virginia and now has more than 36 million registered users and 231 million monthly visitors.

Snapchat is a video messaging app launched by three Stafford University students, Reggie Brown, Evan Spiegel, and Bobby Murphy, in September 2011 and has managed to attract 100 million users in a short time. According to May 2015 statistics, more than 18% of users of all social networks use Snapchat. Snapchat has many different filters to take pictures and make videos and is popular among teenagers and young people.

WhatsApp is a messaging application for smartphones, PCs, and tablets, which relies on the Internet to send images, text, audio, video, and documents to other users who have the software on their system. The company was founded in January 2010 and was acquired by Facebook in February 2014 for $ 19.3 billion. Today, more than one billion people worldwide use this software to communicate with others. Whatsapp is one of the platforms growing and getting known by many people every day.

The growth of social media platforms

As you saw, some of the most popular platforms above are growing every day. It is also important to know which one is growing faster and, according to predictions, which one would be rated as the most used platform shortly. In the table below, you can easily see the growth in the world's most used social media platforms.

Click here to create a mobile app
How to align existing elements when building applications?

What are good questions to ask about an app?

How do you optimize an application?

How do I start mobile app development?

"Firebase storage" and how to user it as a cloud storage

Create Pop-ups in Xamarin.Forms for Mac