All users and large companies  make web security  a priority in all their tasks and try to get the help of existing experts in this field to provide the best possible security. Despite many efforts to  provide web security, there are still many vulnerabilities that can compromise it, which can cause a lot of damage to organizations and companies. As a result, we will pay more attention to it in the following. 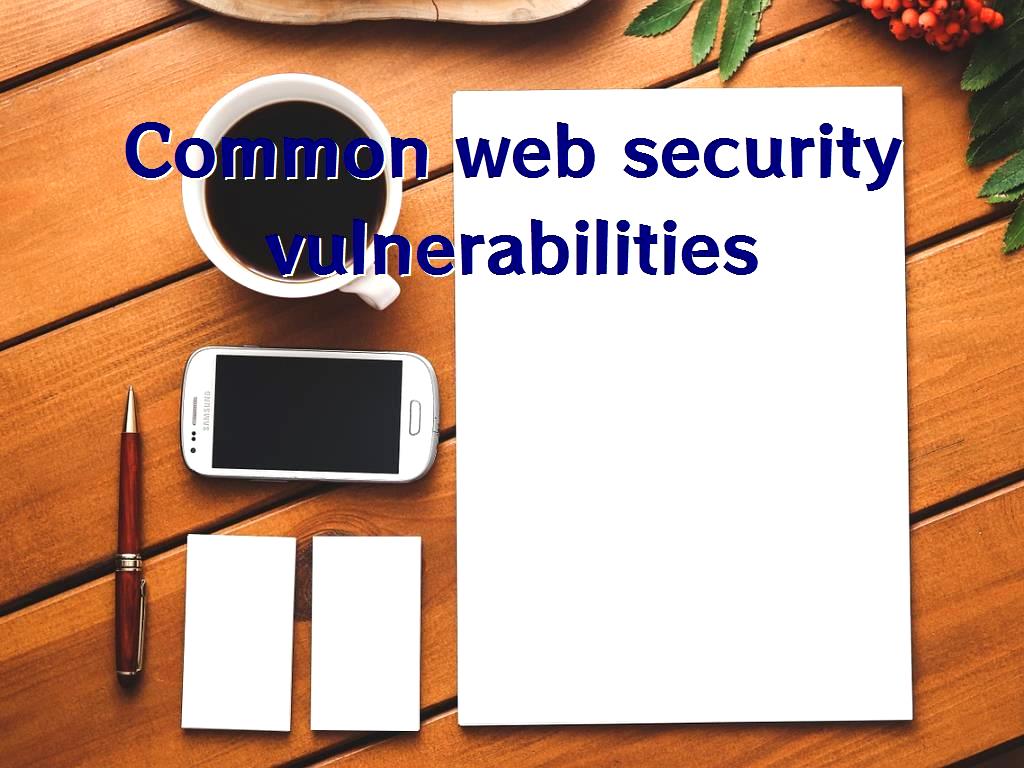 What is web security?

It is the  protection of the web  against all kinds of threats that may enter the web through the Internet, and so on. To provide this type of security, it is necessary to take various measures to identify and prevent different threats.

Several vulnerabilities may affect it, some of which are the most common ones we will mention below.

Cross-Site Scripting  is one of the most common attacks done through malicious code. In XSS, the hacker executes malicious scripts in a target web browser by placing malicious codes on a web page. The important point about these attacks is that they are more common in JavaScript. In other words, this vulnerability can be done by building a malicious link and persuading the user to click on it, or it may be more complex.

This type of vulnerability comes in many forms, including Stored XSS, DOM-based XSS, and Reflected XSS, each of which has unique characteristics. There are many ways to  increase the security of the web  against such vulnerabilities, among which we can mention not returning HTML tags to the customer. This simple solution will allow you to protect the web against this attack a lot.

Another common attack is  SQL injection, in which profiteers can access data that is not visible to the user, this type of vulnerability has many fans among hackers through which they steal, manipulate or delete various information and cause many problems for different organizations and users, the method of this attack is that hackers place a malicious code in SQL statements through the input of the web page.  Improving the security of the web  against these kinds of attacks is very simple, and you only need to ensure the reputability of all input data and filter them properly so that they cannot cause irreparable damage to the web. There is also another important thing that should be kept in mind in this case which is the importance of not leaving even one of the input data unchecked because the attack may be made through the same data so that checking all of them should be considered as a priority for you if you want to improve the security, there are several tools that can help you in this field which can examine the data input, but, they cannot do all the tasks at the same time accurately so that you need to do it yourself carefully.

SQL injection has different examples, among which we can mention Retrieving hidden data, Subverting application logic, retrieving data from other database tables, examining the database, Blind SQL injection vulnerabilities, and if you want to  increase the security, you have to examine all the mentioned types, because if you want to stand against such threats, you have to take action with more awareness.

This vulnerability refers to the point that all sensitive data must be encrypted and protected from their sources. In general, encryption is very important in security, and this issue is emphasized in all types it, also; in connection with this attack, it should be noted that session IDs and sensitive data should not be moved in URLs, and sensitive cookies should have a secure flag, to  increase the security of such web attacks, you should only permit HTTPS connections.

Another thing to keep in mind is to protect the data, which is very sensitive, and be more careful. You should also try to destroy the data you no longer need so that it will not be shared with other people, and they cannot abuse them to endanger your system.

Never store information on the web because it can be very harmful to you if hackers have access to it, and if there is a necessity to save it, you need to save it in an encrypted format and try to be sure that all passwords are hashed.

The last important point that should be emphasized is that you should not store encryption keys next to protected data. Otherwise, the encryption you have done can no longer be effective in enhancing security. 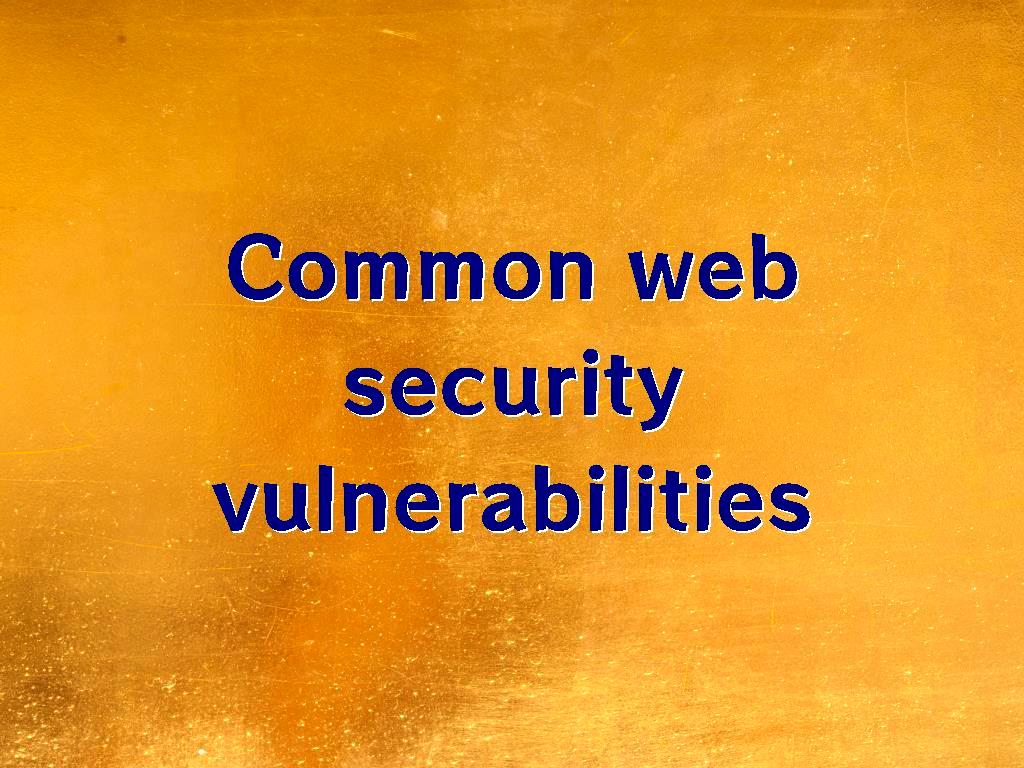 IDOR  stands for Insecure Direct Object References, which means that the files or database keys are made available to the user. The problem with it is that in this way, hackers can easily bypass access control and damage security. One of the ways to prevent irreparable damage to the web is to never rely on customer data from CGI parameters.

CSRF stands for  Cross-Site Request Forgery, which is a dangerous attack. As a result of these types of attacks, hackers can access and change the information of different users and abuse it to achieve their desires. Through his attack, the hacker forces you by using various methods. Finally, sending a request that you do not intend to a site that the user thinks is valid can cause serious harm to the user because an unwanted action may be performed through it, which the user may not even notice.

One of the reasons why this attack is considered dangerous is that the users may not be aware that the hackers have accessed their information. Another reason is that many sites cannot protect themselves against such attacks. As a result, these two reasons can cause concern to various site owners and users.

As we mentioned, through this method, the hackers force the users to do what they don't want to do. For example, imagine that you are going to make an online purchase and pay a fee. The hackers will cause you to transfer that fee into their account with the help of social engineering techniques and other ones. There are several ways to  increase the security of your web  against these types of attacks, among which we can mention the importance of paying attention to the SSL certificate because websites that don't have SSL certificate should not be relied on, so you have to pay more attention to websites URLs as well because the websites which contain HTTPS in their URLs are considered as  secure websites, but the ones which start with HTTP are considered as insecure websites because of not having the certificate. As a result, you can prevent hackers from accessing your important data by paying more attention and being more aware of possible threats. 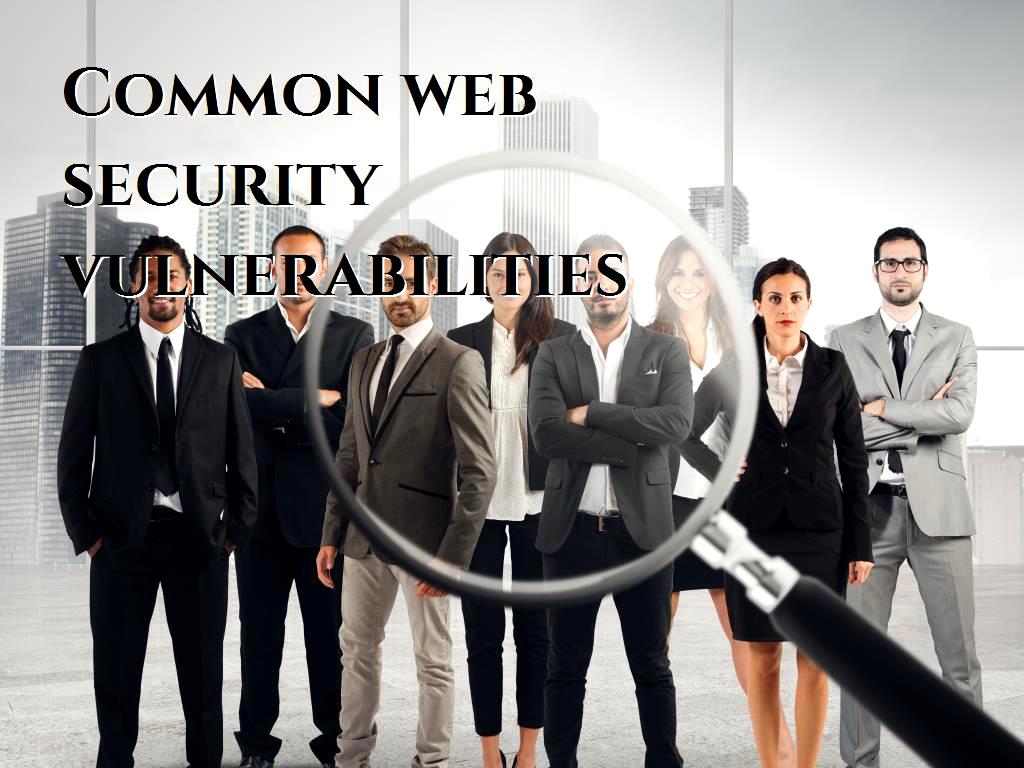 In general,  web security  is very important, and all organizations are trying to increase this type of security and follow the necessary tips. In this article, some of the most common web vulnerabilities have been mentioned to make you more aware of them so that you can provide high security with the help of this article, it should also be noted that there are lots of other vulnerabilities, but we tried to mention the most common ones, so that if you pay attention to the mentioned points, if you encounter one of them, you can act with more awareness and information, because the ways to protect your  system security  against each of which have been mentioned above, so by paying attention to them, you can greatly increase the security and block the way for hackers. As a result, they cannot abuse your data to achieve their goals.