In this article, DotNek group will introduce the app of Messenger to you besides its features. You will see the security level of this app and decide to use it or not.

This article is written to show you the security and privacy level of the Messenger app as well as its security features of it. You will see how safe this app is to get used as a means of messaging app. At first, you will become familiar with this app and learn how you could use it, and then you will see if it is even safe to get used to or not. After reading this article, you will be able to decide to use Messenger. 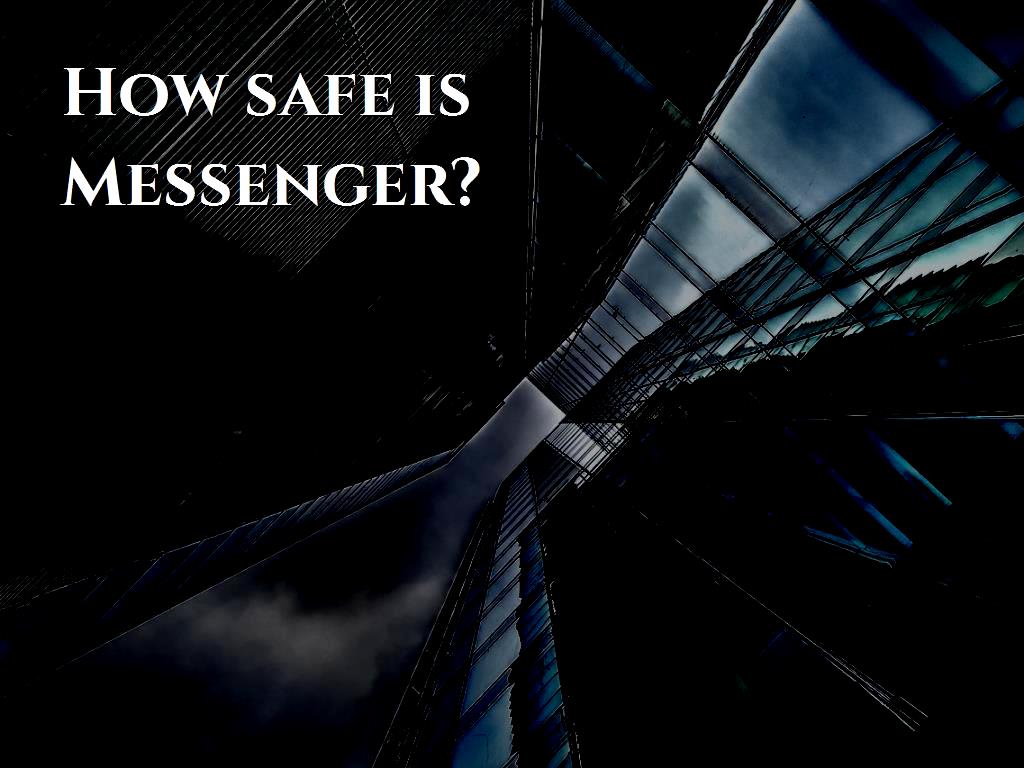 Messenger is a platform and app which is developed by Meta platforms. In 2008, the first messaging app named Facebook Chat was released, then it was removed two years later in 2010. Later in 2011, a standalone messaging app was developed by this company for both Android and iOs, and released standalone Facebook Portal hardware for Messenger calling in 2018. Facebook, now known as Meta, separated the Messenger app from its original app and made a dedicated website for its users, so users could use the messenger separately and without an active account on the original Facebook app. Messenger is used to send messages and exchange photos, videos, stickers, audio, and files, and you can also react to other users' messages by using this app. This messaging app is an end-to-end encrypted app, and you can have multiple active accounts with countless conversations and chats, either in groups or personal.  This service also provides voice and video calls.

How secure are messenger apps?

We live in a time when we need to communicate with people all over the world because of our business, or maybe we are living far away from our friends and family. As a result, we may need to use some messaging app to communicate with them. We need to use chat and messaging software to chat, send voices, or even call each other. The Central Electronics Foundation (EFF) has evaluated the security of each messaging software by giving a full score of 7. It gives these messengers a score between 1 to 7 by examining important points. The measurement criteria for these scores are as follows:

Is the data encrypted during transfers?  Is the data encrypted in such a way that even the service provider can not read it?  Is it able to identify the real person while using the app?  Do service providers adhere to confidential forwarding so that when a device is hijacked, the thief will not be able to decrypt and retrieve previous messages?  Are the service codes open-source and accessible to the public?  Or is the method of performing cryptographic processes and their functions documented?  Has there been an independent security review system in the last 12 months?

Why is it important to stay safe in messaging apps

The security level of messaging apps is very important, and we need to always stay aware of the ways that can help us to increase our safety. While using a messaging app, you may transfer a variety of important data and information that are secret and should not be readen by other people. Or you may have saved some important information in your account that you do not want to be seen by others; in this way, you need to use an app that has a high-security level and ensure you that there is no threat and your information would not get stolen in any way. It is also important to have an end-to-end encrypted chat to ensure that there is no third one in your two-person conversation.

Messages are encrypted in Messenger

Facebook Messenger has more than 900 million users, but its encrypted version is limited. The test of the encrypted version of Facebook Messenger takes place three months after the complete encryption of the WhatsApp application. Facebook Messenger now uses WhatsApp-like technology to encrypt messages. In this case, like WhatsApp, the well-known signal protocol used by the software company Open Whisper Systems (OWS) is used. Facebook's move to encrypt exchanged messages coincides with a public debate over the activities of technology companies, and it is understood that this messenger app is trying to increase its level of security.

Users who want to use the encrypted version can select this option in the Facebook settings. In the encrypted version, it is not possible to send video and financial payments, and the messages that are sent through this are only visible on the device from which they were sent. If the user has sent a message and chatted through their phone, this conversation will not be visible on their laptop or tablet and can only be seen on the same phone as the device on which the chat was done.

The security problem in Messenger

The most important feature of a social network or messenger is its security. Users expect that when they make their private conversations in a messenger environment, these conversations take place in a secure environment, and there is no hole for hackers to penetrate and reveal users' private information. This expectation is right for the users, and the software companies are doing their best to create this safe environment for their users. These expectations are multiplied by large companies such as Facebook or Google, which generate billions of dollars in revenue annually, and of course, their priority should be the security of their users' information. But when there are several security problems for the software produced by such companies, users' trust in these companies inadvertently decreases. For example, why does Facebook face so many security problems by gathering the best experts globally and excellent equipment and facilities?

In November, a team of researchers found a major security bug on Facebook that allowed users' information to be extracted from their accounts. The same group recently found another security bug in Facebook's programming system that shows who Facebook messaging users are chatting with. Of course, the history of such problems in Facebook Messenger does not end with these two cases. However, one of these security experts posted a message on the Imperva blog explaining how CSFL attacks can affect iFrame elements to determine the status of an application. In this way, for each contact in the user's contact list, one of the two situations is considered full or empty so that the attacker can find out whether the user is in contact with that contact or not. Of course, the attacker's access to the user is limited to this extent, and the extraction of other data, such as retrieving the conversation history and the sent messages themselves, is prevented.

The group discovered the security hole and notified Facebook administrators of the security bug, and the Facebook security group removed all iFrames in the user interface. Of course, Facebook's policy was determined when it provided its users' information to various organizations for political purposes in the US election, and these events also affected the decrease of users of this social network. However, a large number of users from Facebook or messenger are still using their services. 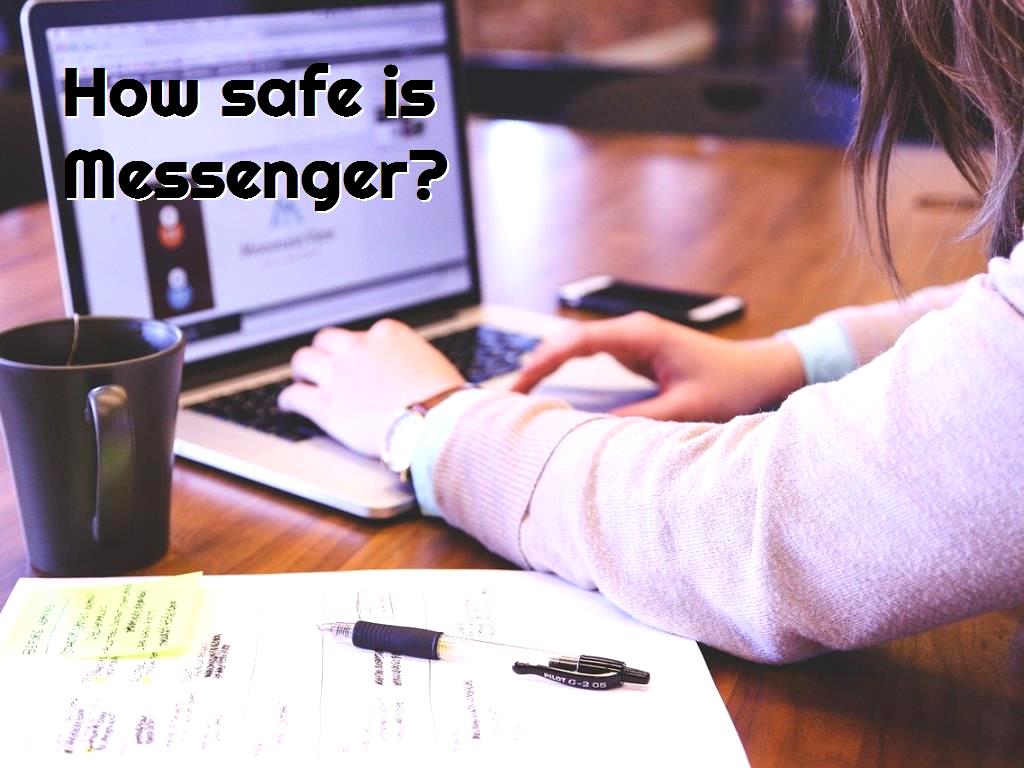 Benefits and features of secure messaging in Messenger

Secure chat in any way can be a strong point for maintaining security and privacy in this popular social network, but the boldest and prominent features are as follows:

Website SEO analysis services
What are the different types of hackers?