Android and iOS smartphones have taken over the world, but so do cybercriminals, which is why in this article we will examine the security of the Samsung phone to avoid hacking.

Security is one of the most important issues for all people so that all users try to  increase the security of the information which they store on their computer, mobile device and so on, as you know, these days, mobile phones have become one of the most widely used devices, and users spend many hours of the day and night working with them, therefore keeping important and private information secure is getting harder.

Due to the points that we have mentioned so far, you may have realized why hackers are so interested in hacking the devices. As a result, you have to pay more attention to the security of the essential data that is stored in your devices.

Hackers use many different ways to gain access to users' private information, some of which are provided to attackers due to users' unawareness of security tips that increase the security level of systems.

There are various reputable companies and brands to produce mobile phones and their by-products. Among all these brands, we intend to examine Samsung and the amount of security to its users in this article.

Before we get into the main topic, we want to tell you a little bit about the history of Samsung so that you can increase your awareness in this field and choose your desired brand and other items with more knowledge. 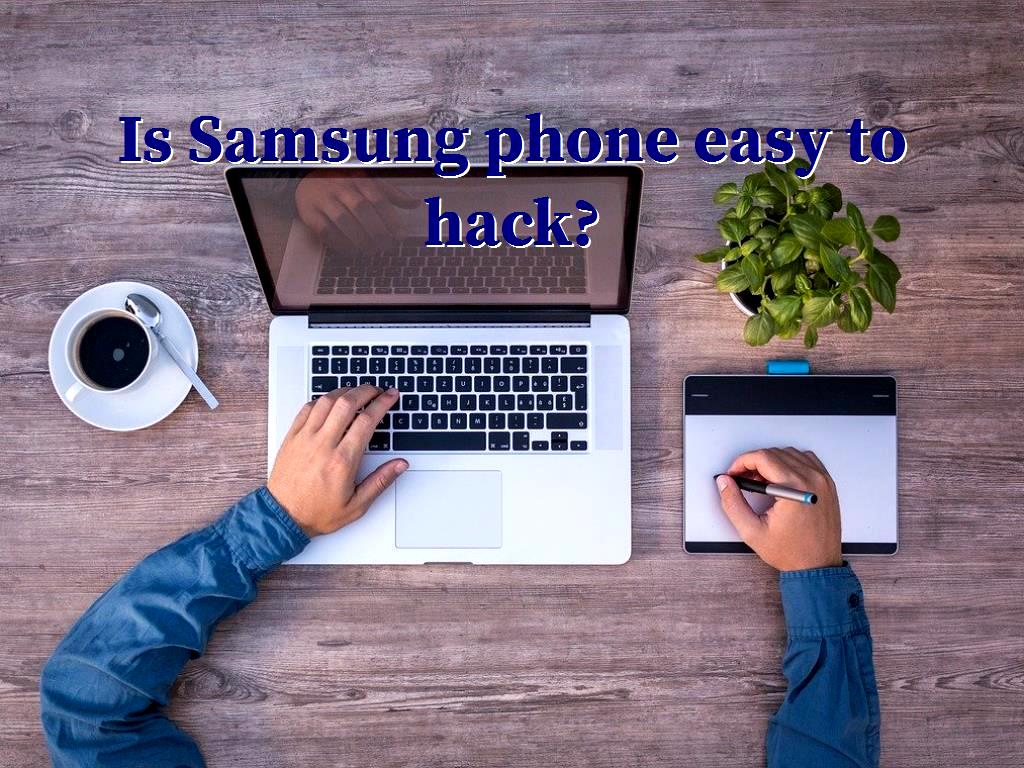 Samsung is a South Korean company  whose first electronic product was a black and white TV. The important point about Samsung is that it also operates in other fields in addition to its electronics business. For example, in the late 1950s, the company acquired three of Korea's largest commercial banks and insurance.

As you know, Samsung is a famous brand that uses the Android operating system (in French:  Système d'exploitation Android  ) and has a lot of fans. This popularity has many reasons. One of the reasons for having a lot of fans is the importance that the company attaches to security.

The company makes every effort to be up-to-date in all fields, including security. It constantly makes the necessary changes to secure its users' information on their phones, tablets, etc.

Among the things that this brand has provided to its users, we can mention the innovative biometric authentication technology, which includes ultrasonic face and fingerprint recognition that could  have a great impact on preventing hackers from accessing users' information, and gaining access to your data can be protected even if your device is lost or stolen.

Using Secure Folder is another thing this brand has provided for its users. These days, users use their mobile devices not only to communicate with other people but also to do all their daily tasks and store valuable information in it, which is why the company has provided its users with an additional layer of security which is called Secure Folder that is encrypted separately and only the users can gain access to the information in that section.

As we have mentioned before, mobile phone use is very common today. Users can do many things at once with just one click. For instance, money transfers, purchases, etc., can be done easily from home, and users can do these tasks in the shortest time possible. Still, it is also very attractive for hackers, and they can find ways to achieve their goals faster.

Samsung users can have a secure transaction with Samsung Pay, this feature causes the user card information to be encrypted in a completely separate and secure way, which prevents the theft of this information by various hackers, another device that the brand has provided for its fans is  the Samsung Blockchain Keystore  which has also been able to provide a lot of security for users, hackers carry out many of their hacks when the victim connects to Wi-Fi in a public place.

The company encrypts Internet outbound traffic, disables tracking of programs and websites, and prevents data theft. In general, despite all the provisions that this reputable company has provided for all its users, there are still some ways that hackers can use to get what they want and gain access to the desired information, which we are going to mention in the following so that you can be aware of the important points in this field to provide more security for the information on your mobile phone. 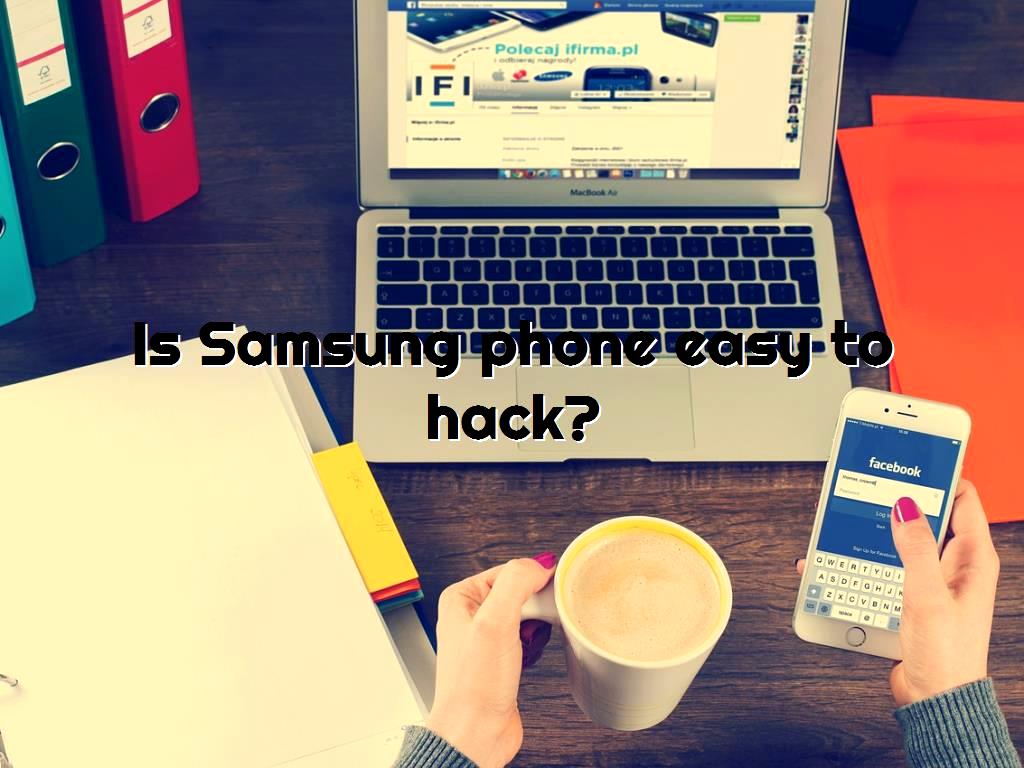 How do hackers hack its phone?

In addition to various hackers who want to steal users' information, many parents tend to be able to access the information on their child's mobile phone due to the many concerns they gave the order to have control over them, the good news for parents who use a Samsung phone as well as their child is that they can download and install the Samsung lock app on both devices and sync them so that after unlocking the application on their child's phone they can see all the text messages which are sent, and received.

Several tools can help hackers and parents to achieve their goals as quickly as possible, among which we can mention mSpy, with the help of which people can monitor Samsung Phones, gain access to various items such as monitoring incoming and outgoing calls, all incoming messages, sent messages, messages on  social networks, search media files, track location, view all searches in different browsers and so on.

In addition to the tools mentioned above, hackers can achieve their goals in other ways, which is why you, as  a Samsung phone  user, should always update your information and read more articles. It should be noted that there are very useful articles in this field on  the Dotnek site, which are useful for you.

To secure your information, pay attention to the following points:

- Back up your data:

This process is so important in  increasing data security on all Samsung devices. If your data is stolen, it can help you and protect your information, so it should be noted that the data backup must be considered as an essential factor.

Another point that not only Samsung users but users of all brands need to pay attention to is to update their applications from reputable sources constantly, the reason why you should do this process is that Samsung and all the brands have made every effort to fix the bugs in every updated version and increase their security as well.

If you have read a few articles to increase security, you have realized that the most basic way to protect the information on mobile devices and other devices is to use strong passwords.

- Never leave your phone to unlock:

Many hacks performed by hackers are only due to the unawareness of the users. It is the user himself/herself who provides the situation for hacking. One of the most common habits among users is to leave their phones in unlock mode so that hackers can achieve their goals easily.

- Use the right antivirus:

Another point that is important to  increase the security of your Samsung phone  is that you should install a strong and suitable antivirus for your phone. As you know, there are many free and paid antivirus programs that you need to know all the positive and negative features before installing one of them so that you can finally make a good choice. 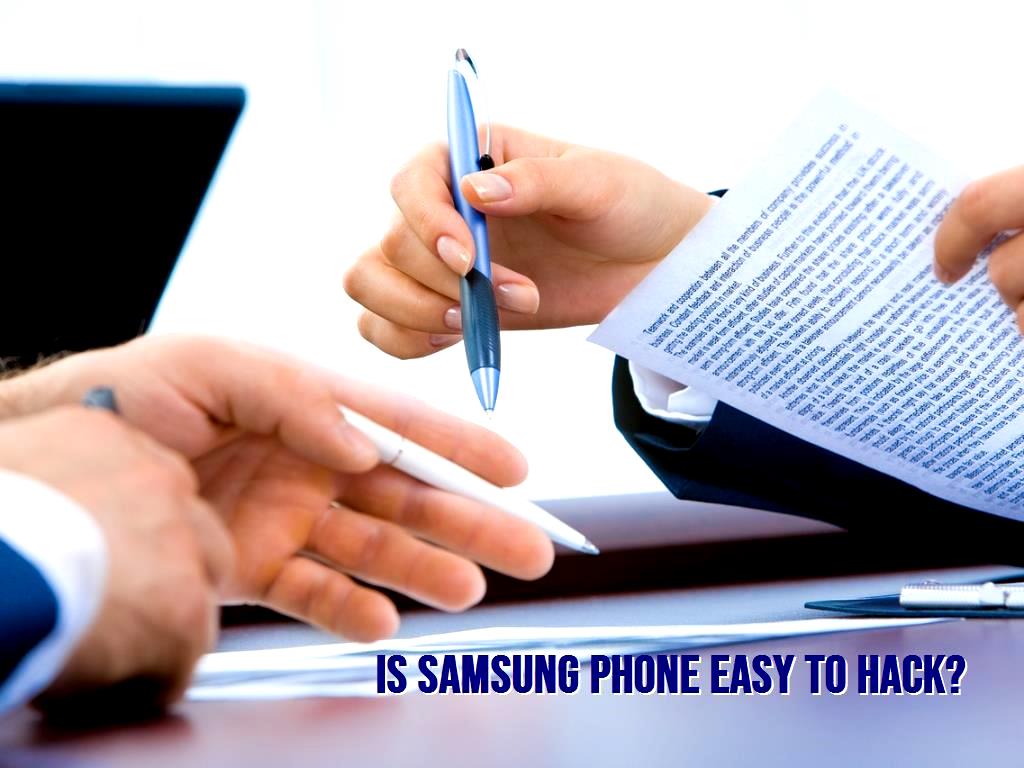 In general, in this article, we have examined the security of this type of phone and did our best to answer the main question of this article, if we want to tell you in simple language that hacking this phone is difficult or easy, we must say that this company cares about the security of its users and has many possibilities to increase the security of its mobile devices. Still, nevertheless, hackers never give up, and they also make a lot of efforts to hack into this brand's phones, which ultimately make them achieve their goals.

How do you know when you are hacked?

Ways to Spy on Husband's Phone without his Knowing