Does host server location have effect on SEO?

Most of the people suggest choosing their website on a server which is located close to their users, but the question is that.

Optimizing a site  is so important, and all the efforts of people who deal with the Internet are to examine the points that may affect the SEO of the site so that they can optimize the website in the best possible way.

There are many things to consider when it comes to choosing a host server, including its price, as there may be many servers with the same price, after which you should consider other factors to make the best choice, for example, the location of the host server may be influential in SEO, which we will discuss below. Still, we first need to get acquainted with the server host.

What is a host server?

A  host server  is an information technology service typically provided by a server located in different geographical locations to host a site for users. Usually, different services are provided for it by hosting companies and domains. These services have better speed, security, and resources than hosts, but they are expensive, and you have to pay a lot of money for them.

There are generally two types of servers:

A Virtual Server is a server capable of hosting a limited number of sites and offers users more limited features than the previous server. Still, at the same time, it has a lower price, which allows small sites which have more limited financial resources to use this type of server.

Host server location has an effect on SEO?

Server host locations may affect the speed of the website and consequently the  SEO of the site, which we will mention in more detail in this article.

One of the things that can be affected by the location of your server is the speed of the site, which, as it seems, the closer the user who uses your site to your server, the faster the website loads for them. Given this, it seems to be better to choose a server host that is closer to our target users so that users can access the website more quickly and gain a positive user experience through which choose the same site again and again to meet their needs.  Search engine algorithms  examine different factors to rate a site and rank the site accordingly, but it is not clear yet whether Google algorithms and robots pay attention to

What is a CDN?

Content Delivery Network  includes servers located in different geographical locations. Requests are answered according to which server is closer to the site visitor location. The site information is gained from a server closer to the user's geographical location; in this way, the site will load faster, and the user who has visited the site will gain a positive user experience.

What are the benefits of using a Content Delivery Network?

as well as high organic traffic to the website, and finally, by placing the site at the top of the search results page, more organic traffic is attracted to the site, using Content Delivery Network increases the speed of a site, because if you use this network, all the website data pressure is not on a single server and several servers or networks do it simultaneously, so everything will be done faster due to the ability of division of labor in CDN.

- By using this type of content distribution network,  site security  is significantly increased, and as you know, site security is an important factor of satisfying users and causes users to trust the site more; the security of such networks is very strong due to the existence of a strong firewall in them, which can detect attacks on your site in a very short time and eliminate them immediately and ultimately your site won't be damaged.

- By using such networks, you can benefit from more bandwidth.

- Costs can be reduced by using a CDN because the network works collaboratively, and many visitors can use it simultaneously, and do not need to spend a lot of money to provide a Dedicated Server, which can help a lot because it allows you not to spend too much money.

In the past, it seemed that the geographical location of the hosting server had

a greater impact on the site SEO

And sites that used hosting servers in further geographic locations from the users were ranked lower, but nowadays, due to the existence of Content Delivery Network, algorithms and bots pay less attention to the geographical location of server hosts and have focused on on-site quality and user satisfaction.

In addition, Google is trying to pay no attention to server hosting, in general, to make this factor affectless on ranking the site, and updates its algorithms in such a way that gives more importance to other cases.

The following items can also indicate the geographical area of the targeted users:

- Country-code top-level domain is a high-level Internet domain that is generally used or reserved for a country, which represents the target geographical area.

- URL is one of the factors which you can get help from it in this way.

- Basic information on the site, such as prefix and local address, through which you can find out the geographical location.

- The currency used on the site can also identify the targeted user's geographical location because of its specificity. 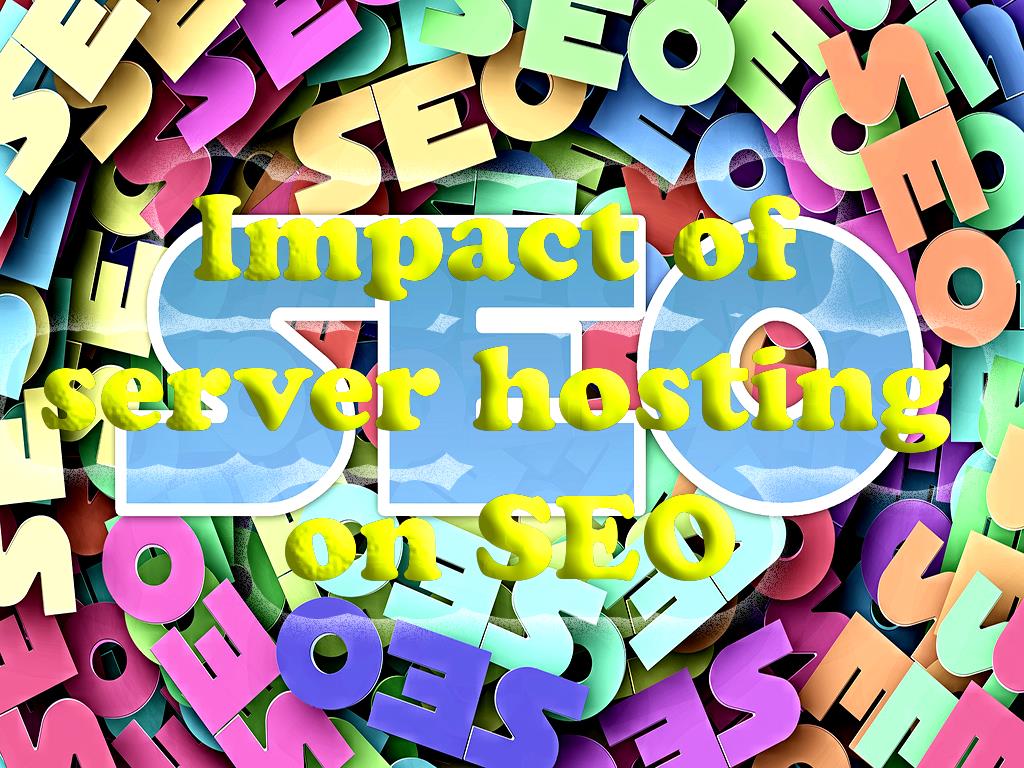 In general, it can be said that  server hosting sites  have an on-site effect optimization.

But they don't have a huge impact on it. As a result, nowadays, Google search engine tries not to pay much attention to this factor and focuses on other things, so you should do the same thing and pay more attention to the factors which increase the site ranking in the search results page, as we have mentioned in this article, you have to be careful in the selection of keywords, appropriate title, meta descriptions, correct and moral linking, continuous updating, etc., which can be done to make a site successful and for solving the problem of the impact of server hosting on SEO, you can use Content Delivery Network, which we tried to mention the benefits of using this type of network for the site in this article.

Website SEO analysis services
What is jQuery and how to add it to web pages?

Principles and rules of internal and external linking

Reasons why Wikipedia is high in search engines

Move a page to another URL and 301 redirect

7 Ways to Make Your Website More Attractive to Customers

Learning comments and scripts in Sass

How to use Stylesheets/CSS in Xamarin?

What is on-page SEO and off-page SEO?