In this article, we will learn about DDoS attacks and their effects on a router. We need to know what a router is and then see if it is vulnerable to DDoS attacks.

To answer the mentioned question, we need to know what DDoS attacks are and what they do to affect a router's normal processes. First, we will understand the DDoS attacks and their functions and become familiar with their different types, and so on. Then, we will learn about the router and its uses. Finally, we will find out how a DDoS may affect and even destroy a router and what we may need to do if such a thing happens. 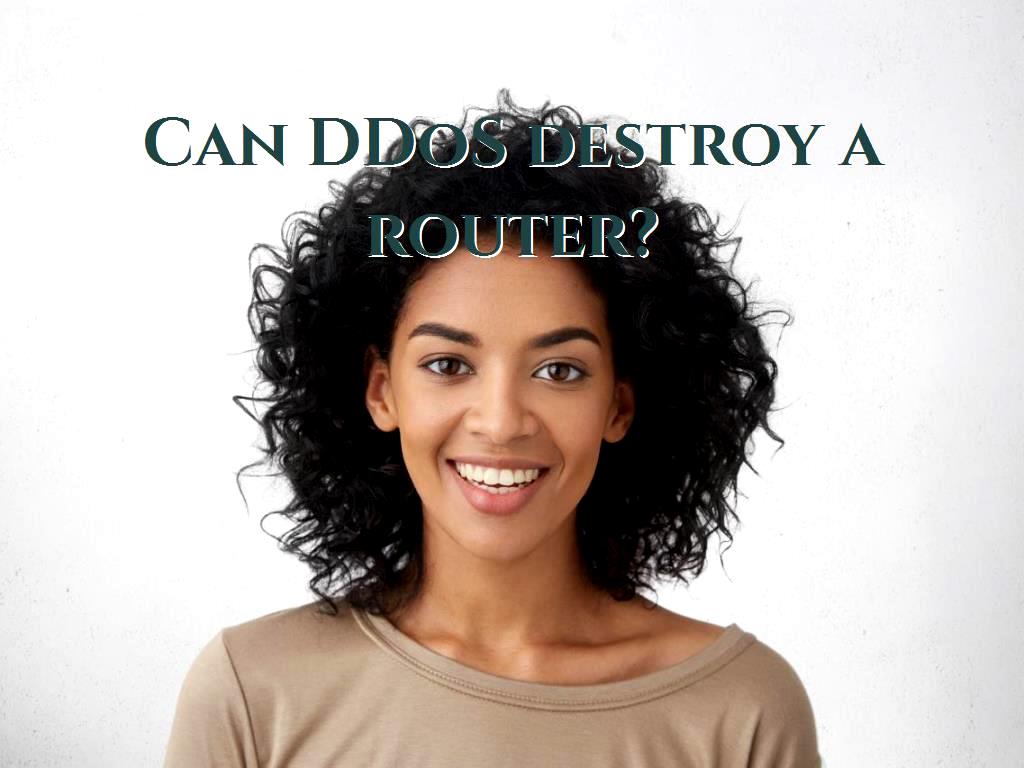 What is a DDoS-attack?

Dos and DDoS attacks are some of the most dangerous and recent attacks on the Internet. What is DDoS? The word DDoS stands for Distributed Denial of Service. The purpose of these attacks is not to disrupt the service but to force the network and server to fail to provide normal service by targeting network bandwidth or connectivity. These attacks are carried out by sending data packets to the victim, which overwhelms the victim's network or processing capacity in the packets and prevents users and customers from accessing the service. In general, a DDoS attack on a site occurs when access to a computer or network resource is intentionally blocked or reduced due to malicious work on another user. These attacks do not necessarily destroy the data directly or permanently but deliberately jeopardize the availability of resources.

Packets are sent directly from the Hacker or Attacker system in a Dos attack. Generally, an information system is involved in the attack, and of course, an IP is responsible for the attack.

The following is a list of some of the methods used for DOS and DDoS-attacks:

What is a router, and what does it do?

Routers are a very important part of technology that almost all of us have at home, but many do not fully understand how to use them. Most people do not even know what a router is and how it differs from a modem. A router has a significant and fundamental role in creating and developing a network infrastructure. The day computer engineers tried to communicate between these devices, different solutions and devices emerged. Some of these solutions and devices were discarded due to poor performance. The world of computer communications underwent fundamental changes when routers were born. The router solved one of the biggest problems in the network world, the secure connection between two local area networks, and laid the foundation for today's vast Internet network.

Simply put, a router is a device that delivers the packets of devices on the network to a convenient destination, thereby connecting them to the Internet. This data can be between multiple devices on the network or sent from one device to the Internet. The router gives an IP address to each network device to know its destination or source address when receiving and sending data. The router will ensure that the sent or received packets will always reach their correct destination and will not get lost in the network path. Usually, routers and modems are assumed as the same things by mistake, while these two have completely different functions. The modem in the network is responsible for sending data to the ISP ( Internet Service Provider ) and receiving data from the ISP.

Modem stands for Modulator / Demodulator. In essence, for a modem to send digital signals received from a computer over the telephone line, it converts them into analog signals, and the same process takes place in Internet service providers.

But a router is a device that routes data between different networks, called routing activity. For example, you have a LAN, your coworker has a LAN in another category, and both IP and Broadcast Domain networks are completely different. If you want to send data to your colleague on another network, you must use a router to route data between networks. Otherwise, no packets can be exchanged outside the network.

DDoS attack effects on the router

In this type of attack, the hacker uses many methods such as overflowing requests and overuse of resources (CPU, database, bandwidth, memory, etc.) to slow down the server, which may cause the server to crash.

A network service failure or malfunction is not always due to a DoS attack. There may be several technical reasons for this, or the network administrator may have temporarily disabled some services for temporary maintenance. The presence of the following symptoms may indicate a DoS or DDoS attack:

- Reduce network speed or efficiency in an unusual way (when opening files or accessing websites).

- Unavailability of a specific site (without technical reasons).

- Significant increase in the volume of unsolicited e-mails received. 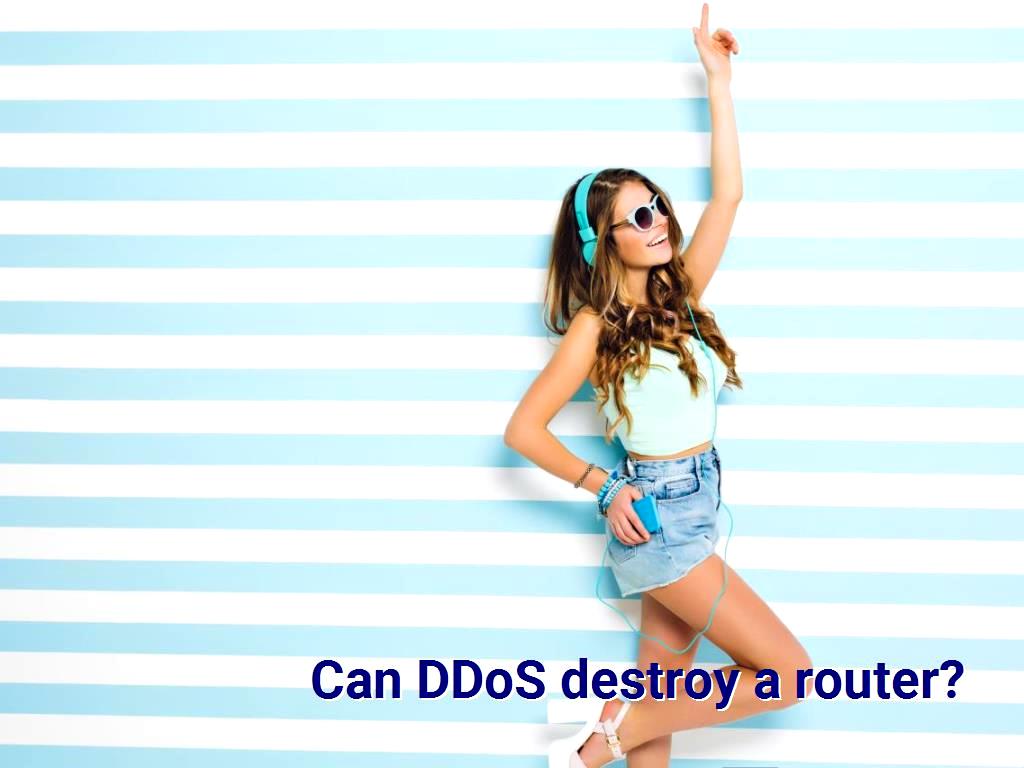 How do I understand that my router is destroyed?

Five warning signs show your router is not working properly:

1. Connection indicator lights are off, even if you can still browse the web.

4. The modem makes a lot of loud or strange noises.

5. The modem turns off or does not work.

- Test your WiFi on different devices
- Restart your modem and router
- Try another Ethernet cable
- See who uses your WiFi
- Upgrade your equipment
- Contact your ISP
- Reset your router to the default settings.

Routers slow down over time as the technology becomes obsolete and hardware deteriorates. Software updates usually improve the security and performance of your device. But if it's been years since you replaced your router, now may be the best time to do it.

If the WiFi signal is weak, it may be that your device is too far away from the router, or there are obstacles between them. Move your phone or tablet close to the router, remove any obstacles, and check the signal strength again. Metal and magnetic materials can interfere with or even block the wireless signal. Your wireless home network may lack strength or range due to the same issues affecting other radio technology forms: barriers that reduce signal strength, interference from other devices that transmit radio waves, and weak signals.

- The most effective way is to use DDoS Protection services of companies such as Cloudflare, Arvan Cloud, and others.

- Secure symlink to prevent access to other hosts on the server

To prevent DDoS attacks, configure your router to block packets destined for all your network addresses. That is, do not allow ICMP packets published on your network to pass through the router. This allows you to maintain the ability to ping all the systems on your network.

Firewalls are configured to accept or reject protocols according to simple rules. For example, in the event of an attack from multiple unusual IPs, a simple rule can be used to ignore packets sent by attackers.

Like switches, routers have Rate-Limiting and ACL capabilities. They are also adjusted manually. Most routers break down easily against DDOS attacks. If you set the rules in the router to provide statistics during attacks, the router will be slower, and the problem will be more complicated.

Click to analyze your wesbite SEO
Why is it difficult to prevent a DoS attack?

Why mobile security is important?