Here we want to talk about what Warzone is and how to control the call of duty hacks. Call of duty warzone is an entirely free battle royal game in which 150 players can compete against each other.

What is a warzone?

Warzone is the royal battle part of the call of duty:

modern warfare, and if you have this game, you can only start the experience by downloading 15 to 20 GB, but if you do not have modern warfare and want to download and experience the standalone call of duty warzone, you have to dedicate some ting between 80 to 100 GB of your hard drive space to this effect.

It has two sections called battle royal and plunders.

The first mode, which is quite familiar to fans of games such as public, apex legends, and, in which players are placed in teams of 3 people in front of each other on the map, and gradually due to toxic gases, the map smaller to see more challenging and more breathtaking competition.

And the team that can survive at the end of the match wins. But in plunder mode, your competition style is entirely different from other players. You have to succeed by looting boxes, stealing from other players, collecting more money and ammunition, and the like.

Call of duty warzone was released for free some time ago. Still, unfortunately, due to the game not being optimized and other similar problems, gamers who were interested in experiencing this great game were deprived of the cod warzone experience.

Due to the number of comments required by the call of duty: warzone system section of the site, based on the game not running for various reasons, such as crashing, or …

Decided to create tutorials, let us know in the comments section so that we can address each error in this tutorial.

Seven things you need to know about the call of duty: 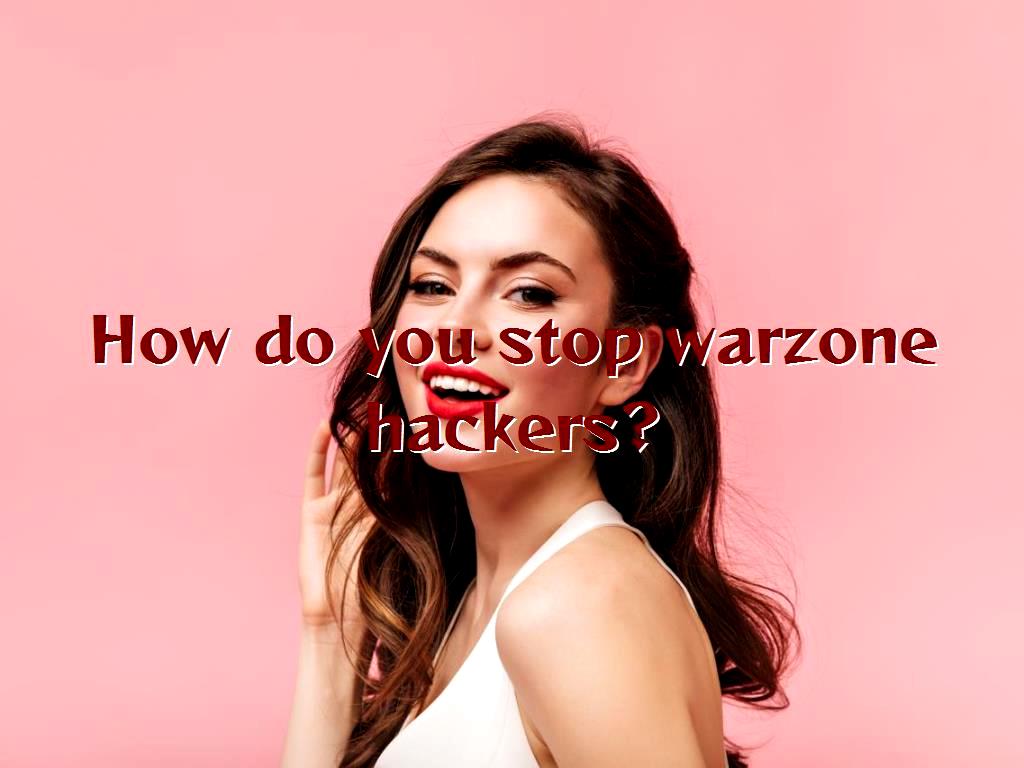 1. calculate the increase in gun level by killing opponents in the lobby before the start of the match:

Before starting the games, you will be provided with a small part of the weapon map for a short time, which you can eliminate your opponents before the match starts.

Killing enemies in the lobby increases your weapon. This means that even before the start of the race, you can improve your weapon level by working in the lobby section, and this increase of the story is calculated in your progress system.

2. what is gulag prison, and what is its role in the gameplay?

The gulag refers to soviet concentration camps, although the word's meaning in a warzone is slightly different; when you die in battle, the game gives you a chance to return o the race. On this day, after your death, you are transferred to a prisoner named gulag.

In this prison, you have to defeat your opponent in a l v l battle to get back into the race. Consequently, in case of defeat, your opponent will enter the match. Of course, this is not the end of the matter, and you can wait for your teammates to return to the game by going to the shopping and payment stations.

3. what are these shopping stations, and what items are included in shopping?

Buy stations are boxes that are all over the map. These boxes are recognizable by basket-shaped icons. You need money to buy from these stores. Of course, do not worry, because inside many buildings you can find cash registers. You can also earn money by killing opponents.

You can use this money to buy armor, masks, keystrokes, and health bar recovery kits.

4. how to prepare for the competition in the lobby?

When you are in the lobby, you have the opportunity to personalize your character and weapons. According to activation, all the improvements made in the multiplayer part of the call of duty: modern warfare will be available in the battle royal part. In this way, you can also use the items you obtained in the multiplayer section in action royal.

5. does it supports cross-play mode?

Warzone supports cross-play mode. So no matter what platform you are on, you can enjoy the game experience with your friends. All you have to do is go to the social section and invite your friends to the lobby by entering your usernames or ID.

Using Kyle strike in Warzone is different from what we have seen in other versions of call of duty. Unlike the multiplayer mode, which is available to you when killing enemies and achieving a specific kill strike score, this item will be available in stores in the Warzone. Of course, if you are optimistic, you can get them through the lottery boxes in the competition.

7. how to bring our teammate back to the match?

Suppose your teammate is killed and can not win in gulag prison. You have to collect it to collect the money. At the moment, the cost of returning each teammate is $4500, which you can raise by finding the boxes and killing the enemies. Then return him to the race by going to the redeployment item.

In addition to a battle royal, Warzone includes another mode called planner. In the planner, the team with the most money wins the match. You can make money by finding loot boxes in buildings, making contracts, or killing enemies.

Due to the metacritical collaborative study, the Warzone usually received favorable reviews of all operating systems from critics.

In his review, game spot gave a score of 10.7, praising the variety and size of the maps, and wrote: I J N also gave the game a score of 10.7, and summed it up: call of duty beta: Verizon is quite enjoyable, even in the face of painful concessions in the name of instant gratification.

Currently, people that wish to block someone have to leave the game they are in . after that, you need to access the recent player's tab, find the cheater, and then block them. Adding this in-game will allow fans not to have to go through the pain of searching through the recent players.

Cheater is a significant problem in every competitive multiplayer game, but Warzone seems to have it worse than every other game,

Almost every warzone player has come across a hacker of some kind in the last few months.

The warzone community has been infested with hackers for quite some time, but the call of duty players think adding an in-game block feature will help avoid running into hackers.

Unfortunately, hacking on the street of Verdeans is not uncommon, as fraud stress do a variety of things, such as running games or using unpublished shells.

Despite all the complaints, the developers have slowly eliminated these fraudsters.

While players wait patiently for vanguard's anti-cheat integration in the Warzone, the community has provided features to help with the hacking problem. 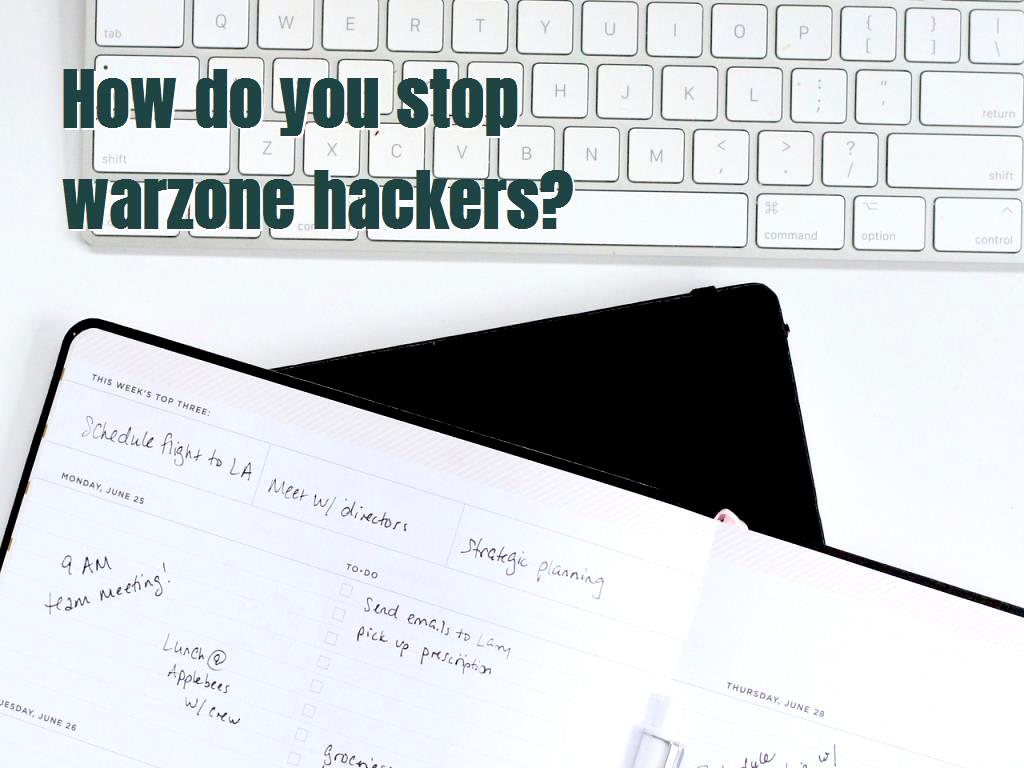 While there is no official anti-cheat, an excellent way to keep payers away from hackers is to block them.

Although this is not the ideal way to clean the streets, it is easiest for players.

However, this Reddit by mugs-sum indicates that raven software should add a block button in the game so that players can immediately take care of dealing with a cheat.

Currently, people that wish to block someone have to leave the game they are in . after that, you need to access the recent player's tab, find the hacker, and then block them.

Adding this in-game allows fans not to endure the pain of searching for recent players. Also, you do not need to mention their names.

One Redditor liked this idea significantly since they don't constantly update immediately, and you have to wait 5 minutes for their name to load in. players think this could be a big help as it can take a while for that tab to update.

While vanguard will be following up with a merger in about a month, this could be one of the many changes made to a warzone to prevent hacking into the game.

There is nothing worse than dealing with a hacker in the Warzone. Even though they ruined the game, Aidan and the professional hackers banned one of them from playing live.

Raven Software has taken a lot of striders to help mitigate this problem, but they still aren't a 100% effective fix.

Despite this, warzone pros Aydan, huskers, and iceman Isaac decided to take matters into their hand when they encountered a match.

While the warzone players await RICICHERs new pacific map, they are doing dirty work for Activision and clearing the streets of Verdeans.

During a live broadcast, huskers and company were killed by an apparent hacker, but instead of leaving the lobby immediately, they stayed around, hoping the developed would see.

After a short time, the hacker left the lobby directly and became a free account space.

Fortunately for the team, a programmer must have tuned in to one of their streams and figured out what was going on, as it only took two minutes for the account to be blocked.

Warzone players on PS4 and PS5 can follow a simple way to remove almost any hacker from their lobby. All you have to do is turn off cross-play.