What do you mean by Trojans?

Hacking topics are very attractive to users, so they try to raise their awareness in these field, here we are going to bring you information about Trojan viruses which is hiding on your pc like the Trojan horse.

There are various methods that hackers use to destroy the systems of users and different organizations, among which we can mention phishing attacks, malware, and other cases, each of which causes huge damages to the systems.

One of the steps that users can take to  increase the security of their systems is to raise their awareness in hacking, which they can do by reading various articles on this topic.

One of these cases that causes a lot of damage to the systems and information they contain is called Trojan horse. 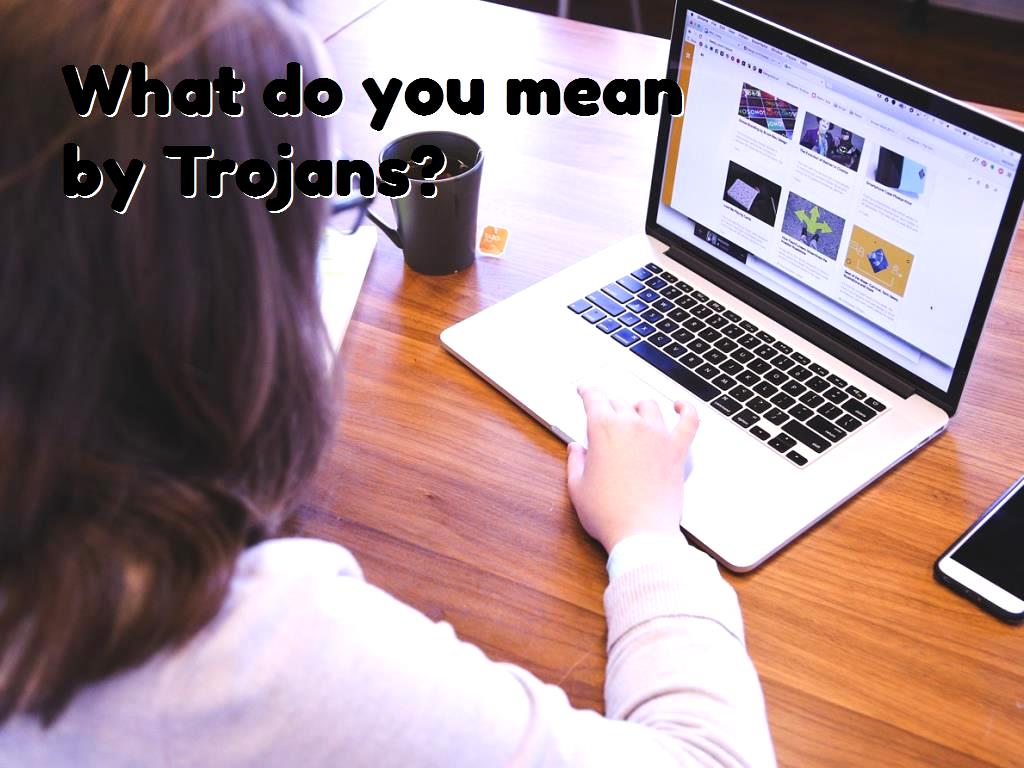 What is a Trojan horse?

In simple terms, it is a program created by hackers and downloaded by the victims because the victims think the program is harmless.

In simple terms,  Trojan Horse is a program created by hackers  which the victims are downloading it because they are not aware of the damages that this program can cause to their systems, and they think it is harmless.

After downloading these malicious programs, many changes are being made in the settings of the victim system, which causes a lot of damage to the security of the entire structure of the users' system.

The name of this hacking method is taken from one of the most prominent literary classics in history, which is Homer's Iliad.

It tells the story of a wooden horse that the Greeks used to hide in and enter the city of Troy with the help of it, which was called the Trojan horse.

By reading this story, you have already understood the reason for naming this hacking method. We can say that hackers use this method to hide malicious files and enter the users' systems.

Most people think that they are downloading useful software, but they are not aware of the huge threat, which contains malicious code that intends to destroy their systems.

A rootkit is a malware  that allows access to various parts of the victim's system. It also prevents the user from detecting the presence of malware on the computer. In simple terms, they allow malicious programs to run on computers for a long time.

DDoS stands for Distributed Denial-of-Service, which  makes websites  or even entire networks inaccessible to have a huge negative impact on website quality.

Trojans Backdoor  allows hackers to implement their goals remotely and execute their commands as easily as possible. They are one of the most dangerous types of Trojans used to launch botnets.

Eventually, if you are unaware of this type of Trojan, your system will become a part of a zombie network used for attacking.

Dropper / downloader Trojans  are very popular among various hackers, and it is used to import Trojan Trickbot and the ransomware Ryuk.

Exploit causes unwanted and destructive changes in various parts of a system, such as software, hardware, and more.

As you know, one of the main goals of various hackers, especially black hat hackers, is to gain access to different people's bank accounts, and due to the increase in the number of users who use the online banking system, the number of reports of these attacks has increased.

Due to the points that we have mentioned, Banking Trojans are very common among hackers, and they prefer to use them to gain access to people's bank accounts.

To do this, hackers prefer to use phishing, and if the victims do not have enough knowledge, they will suffer a lot of damage.

These days, due to the importance of using antivirus, users worldwide try to use different types of it to  increase the security of their systems. Still, they should be aware of possible threats while choosing the right antivirus.

Fake antivirus Trojans harm users' systems instead of increasing system security. They let hackers gain more access to the information and data in people's systems with the help of Trojans.

To not be attacked by hackers who are using this item, you should be careful while choosing the right antivirus and downloading it from reputable sources.

Hackers use  Trojan-Ransom  to make a lot of money. They extort money from various users to provide them with data that they cannot use because of this Trojan. 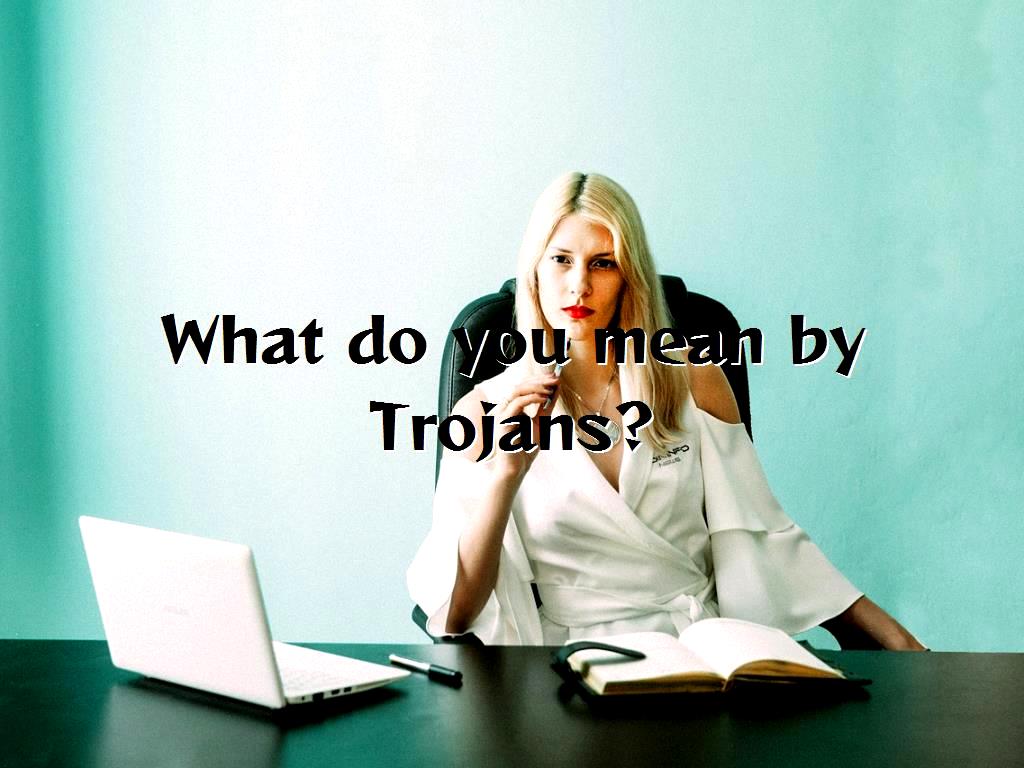 The purpose of hackers who prefer to use Trojan-Clicker is to increase the number of visitors to the specific pages )In French:  augmenter le nombre de visiteurs sur les pages spécifiques  ), it should be noted that those specific pages are specialized by hackers.

In simple terms, it enters the user's system and remains in system memory. Then it enters that specific website at different times to increase the number of visitors.

As the name implies, various hackers use Trojan-Proxy to be connected to the Internet on the victim's computer.

Trojan-ArcBomb  is also a type of Trojan, the point is that most existing antivirus software programs can detect and report it.

Attackers use Trojan-Notifier to find out if a malicious program has been successfully installed on a victim system, so it notifies the hackers of that malicious program's installation to use malware to collect the desired data or manipulate it the programs.

Hackers use  Trojan-PSW to gain access to passwords and important information on various systems.

So far, we have mentioned several Trojans to make you aware that there are various types of them that you must know to be able to deal with them.

One of the most common questions among different users is whether the Trojans should be considered viruses or malware, which we have discussed below.

Is a Trojan horse a virus or malware?

Many users may mistakenly think that it is a virus. Still, as you know, computer viruses start to multiply after logging in to different users' systems which is not the case with Trojan, because it cannot multiply itself.

It is a kind of malware that starts implementing the hacker's goals and causing malicious damage to various systems after being downloaded.

How to protect your system against Trojan horses?

To defend your system and information against this threat, you need to take several steps, some of which are discussed below.

OS software updates are an issue that has a huge impact on your protection against these issues. You need to update your operating system as soon as you receive the message that reminds you of it because bugs are fixed in any new version that is provided. Some new features, as well as functionalities, are made available.

The use of firewalls can be very important in  increasing the security of different users' systems  because, as you know, this case monitors and controls all incoming and outgoing network traffic according to predefined security rules. As soon as you see a report of suspicious activity, you can take the necessary measures.

As you know, many malware victims lose their information simply because they do not pay attention to this point, so you should always download various programs from trusted sources.

As we have explained above, one of the ways that hackers enter Trojans into various systems is through infected emails.

As you know, hackers use social engineering to do this, so as soon as you notice that the sender's address is anonymous or strange, you have to delete the message immediately.

You may see many pop-up ads when you  visit different sites, so be aware of the possible threat and never click on them.

-Back up your data regularly:

Not just for a Trojan horse attack, but for all threats that compromise security, you need to back up your files regularly to use the backup file if your data is compromised. 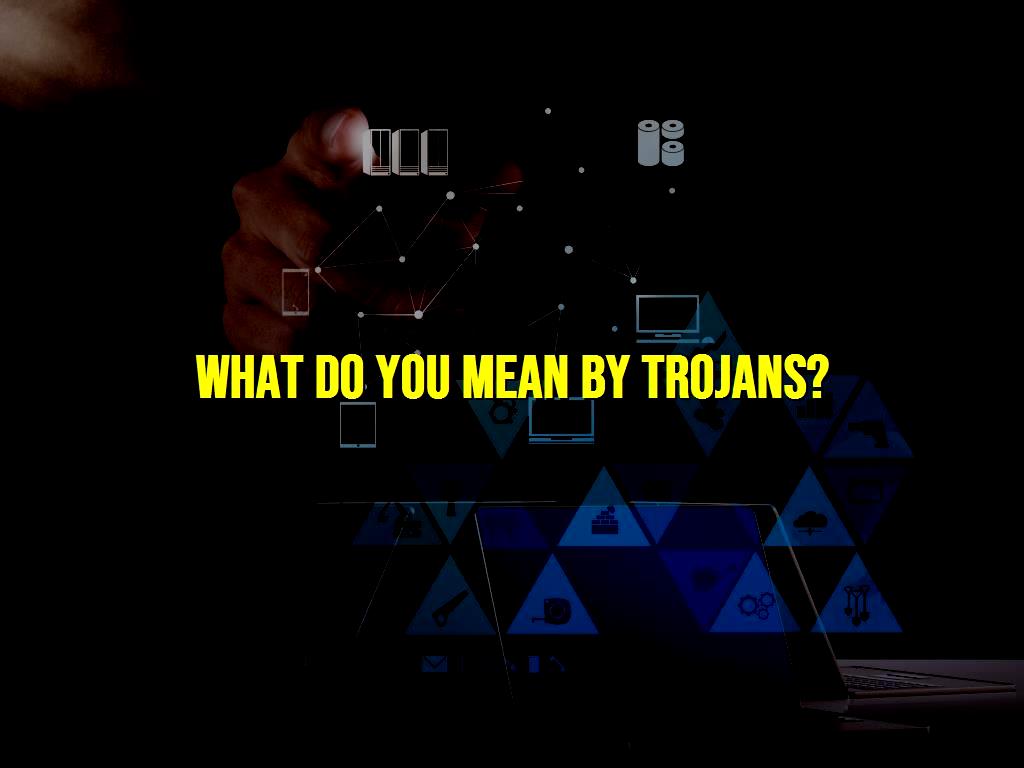 In general, security is an issue that you should pay a lot of attention to, so you should raise your awareness in this field which is why we tried to mention some details about Trojans in this article so that you can prevent the attacks through this malware, as we have mentioned, there are  many types of Trojans, each of which is used by hackers to help them achieve their goals.

Website SEO analysis services
How Can wireless cameras be hacked?

Is there a cheat for Candy Crush Soda?

Why is cloud security important?

What can be a goal of XSS attack?

How many social media accounts have been hacked?

How do I activate free Kaspersky?