Esports is one of the fastest-growing trends of the 21st century. Even though this is a fairly young phenomenon, it is becoming more and more popular every year.

eSport website Investors and analysts are attracted by figures that speak of the dynamic development of this area. 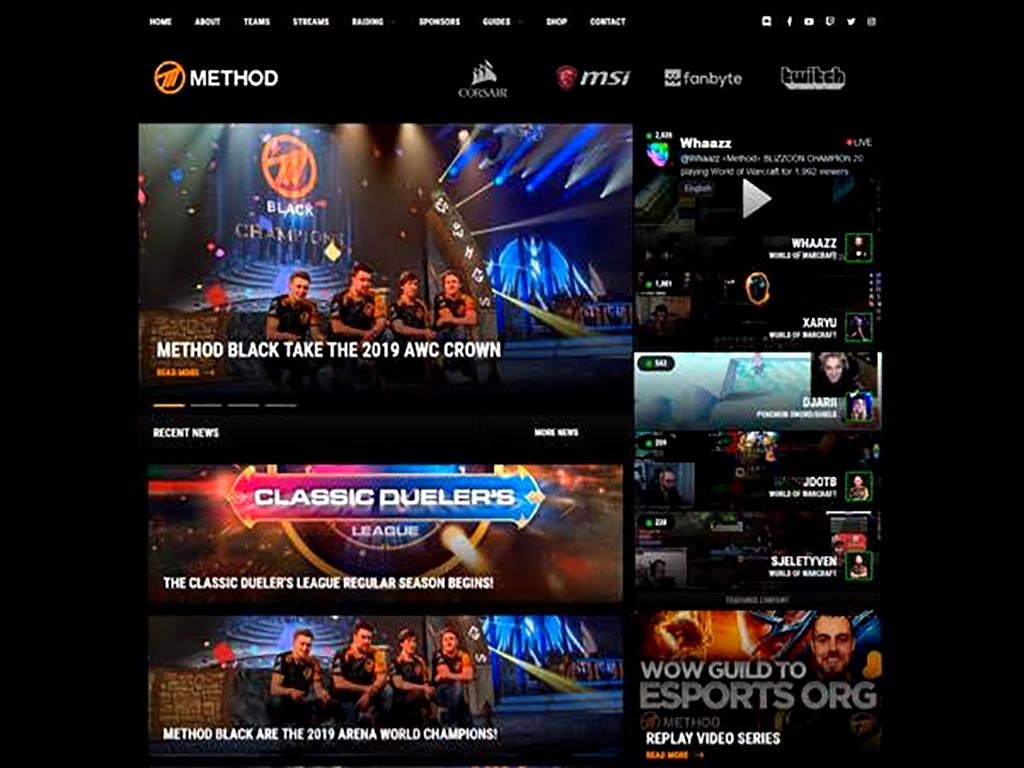 According to experts from the esports agency Adrian, the advantages of game marketing lie in the high proportion of the interactive element, as well as the low competition among brands in this market. At this stage of market development, professionals from Adrun can implement a promotion program for almost any brand in the esports field. At the same time, when creating a branded tournament, it is possible to organize the broadcast of matches on Twitch.

In addition to promotional inserts using logos and advertising slogans of the promoted product, viewers will be able to interact with presenters and commentators via live chat. This will allow them to take part in competitions, win gifts from a sponsor, and so on. This approach allows you to get the maximum benefit from advertising at a relatively low financial cost. That is, today's Internet technologies allow you to promote brands more efficiently than television. And this at a lower cost! And the esports audience is loyal and receptive to unobtrusive and interesting advertising that takes place on streams during match broadcasts.

A Little About Prospects

With the growing interest in eSports from the world community, the amount of sponsorship injections into competitions in CS:GO, Dota 2, League Of Legends, and other gaming disciplines is also growing. This is mutually beneficial cooperation because sponsorship allows teams to pay salaries to players and purchase better gaming equipment.

Brands that invest in esports teams and tournaments, in turn, become more recognizable among esports fans. At the same time, at the moment, the appetites of esports teams are quite modest, and holding a branded tournament will cost the investor many times less than a similar advertising campaign in classic sports. In this case, the reach of the audience can be much higher! 2020 showed this in all its glory when due to quarantine measures, related to the global pandemic, many competitions in football, basketball, tennis, and other sports had to be canceled. At the same time, investors suffered huge losses.

The situation with esports turned out to be just the opposite, as most of the esports disciplines planned for 2020 were held online. Of course, it was an unplanned accident and force majeure. However, in the harsh conditions of the crisis, esports marketing went through a kind of baptism of fire and was able to prove that it not only works and brings returns but can do it even in the global quarantine mode. This factor made it possible to change the opinion of even skeptical investors, who only yesterday looked at esports competitions as a market overvalued by experts. Thus, a unique situation has arisen,

Esports Streaming On Tiktok Is More Important Than On Tv

Setting up an esports website, you an opportunity of getting a high volume of real targeted people to visit our site and take definite action on any offer made available to them. Unlike Television, almost everyone has a mobile device to stream esports games on tiktok.

For some reason, people want esports to come to TV. I don't remember the last time I watched TV.

According to Bykov, in the minds of many people, if eSports is shown on TV, it's cool and you can show it to relatives.

Once we went to the theatre, where my relative was the composer. During the intermission, we went to the canteen to eat tasteless sandwiches, and there I saw the dean of my faculty - the Faculty of Economics of Moscow State University, where I did my master's degree. I approached him and told him that I work in eSports. We had a connection, and now, in a few months, the guys and I will be teaching a course at Moscow State University, because the dean once heard something somewhere.

This course starts April 19th. In total there will be six lectures on Mondays, they will be free and open to everyone - even for those who do not study at Moscow State University. Lectures will be held on Zoom.

I really look forward to lectures on marketing. One of the most in-demand professions in esports is communication specialists. This is a sore point for many publishers and organizers.

Dashtoyan said that when creating the course, he had a goal - to show people, especially students, that getting into eSports is easy. There are many job openings, you just need to know where to look for them.

He added that there are several advantages to working in esports: it's mainstream, but it's still not a big industry like investment banking. You can come here, work for five to ten years, and by the time the industry becomes completely mature, you will be one of the professionals.

If you go into an industry that has been around for 50-100 years, the level of competition is huge. It will be necessary to plow a lot to become a prominent figure. And the advantage of a growing industry is that you can grow with it.

If I went to the bank - I doubt that my development would be so fast, I would have to compete with those who have been in the industry for 20 years.

Another plus is a very interesting and fun industry. Bykov said that during his work he encountered a huge number of interesting stories and challenges, and traveled all over the world. And one more advantage: in a growing industry, if you work for a large corporation in a growing segment, you have more opportunities for personal growth. You will get promotions and new responsibilities - this is not always available to people in more established specialties.

David Dashtoyan added that you still need to choose correctly what exactly you want to do in this area, since the experience of different specialists can vary greatly.

If you want to get into esports, think very carefully. My work is super sad, very little inspiring. I don't do tournaments, I work with sponsors. If you want fun and parties, you need to go either as a team manager or to a tournament operator. Not all careers in esports are fun. Find out exactly who you want to be. In my department, you need to know how to work with sponsors and sponsor inventory, draw a bunch of tables and presentations, and know all the people from media agencies and marketing departments.

Bykov noted that now one of the trends in eSports is mobile games. Recently, statistics on the most viewed tournaments for the past year were released: two disciplines out of five are mobile games

What Does Web standards Stand For?

Why is Choosing Good Hosting So Important?

Responsive web design and its importance

What is ugc in SEO?

How to optimize coding speed in JavaScript

What is Google Page experience and its impact on your SEO ranking?

How can a standard web design affect on your ranking?