Both online and offline have advantages and disadvantages.  Offline games have less cost and in online you can play with other people. 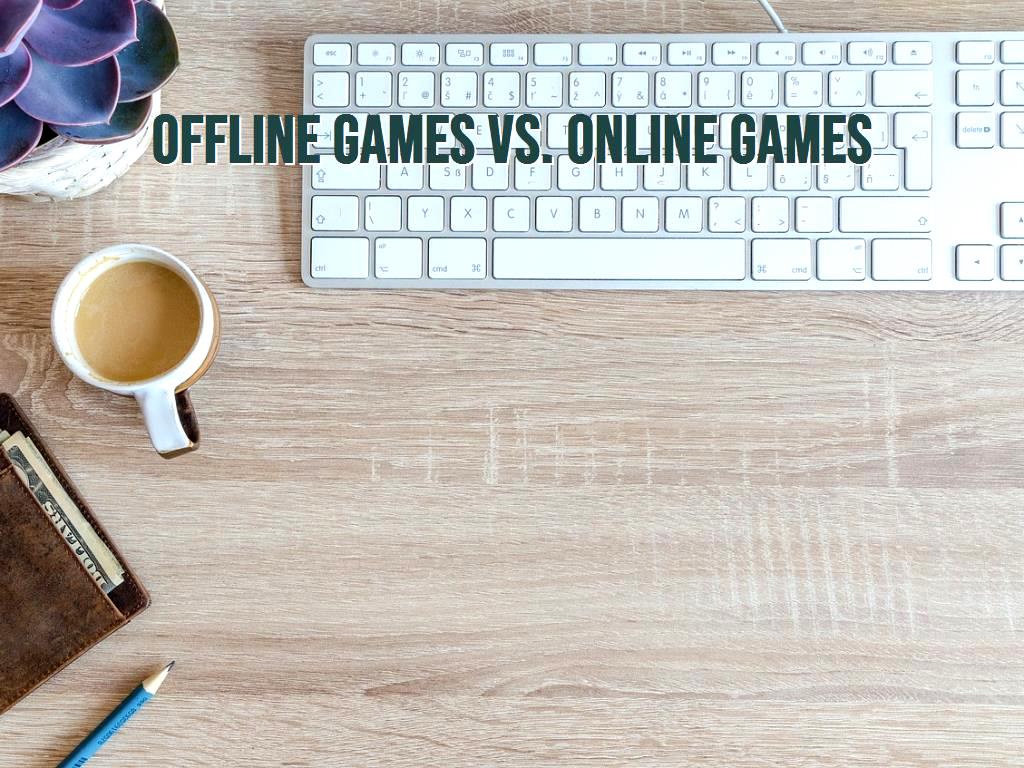 Two of the most common words used in different places are online and offline. Every day we hear words like online store, online education, online and offline and so on. In fact, the word online means connected to the Internet and any service that uses the Internet is online. The opposite point of online is offline. In other words, there is no internet connection in offline services and the internet is not used.

Of course, there are similar phrases and alternatives for online and offline, for example, terms such as real and virtual are used. If we are in a real environment such as a classroom for an activity such as training, the training is real and if the training is done on the Internet, it is called virtual training.

Meaning of online and off-line games:

The world of computer games and smartphone games are like this too. Games can be played online using the Internet or offline without the internet. In the past, the Internet was not as widespread as it is today, and in most places people did not have access to the Internet, which is why most games were played offline. Even game consoles often offered offline games. But today, because of the availability of the Internet in most parts of the world; People can easily play online and online games have become very popular. Online game usually interact with other people in real time and players play against each other. Each of the online and offline games has its own advantages and disadvantages, which we will describe below.

In offline games, we can play the game alone and without the Internet. This means that each person can be the hero of the game world alone and does not have to communicate with other people. In these games, the gamer does not have to waste time with beginners who do not have much experience in the game. Also, you will not be harassed by solid players, for example, you do not have to hide from other players during the game so as not to kill you.

Another important benefit of offline games is the cost reduction. In offline games, you only pay once to install the game on your computer or smartphone, or it may even be free game software. After that, you will not pay any fees for each game.

These games are also very suitable for times when you are in a place where the Internet is not available or the Internet speed is low. Also, offline games are a good option when you feel you need more solitude and do not want to communicate with others.

In an online game, the game software usually consists of two parts, the server and the client. The software server part is installed on the mobile phone or gamer computer and the server part is located on a remote server. All people who want to participate in an online game must install the client version of the game. The connection between the gamers and the server computer is established via the Internet. Here it is necessary that the internet be fast enough; otherwise, the players will face delays in the game and the game may become boring for them.

In online games, people try to defeat other players, and after winning, they develop a sense of superiority.

Tips for choosing an offline game:

There are a large number of games on the market that gamers can choose from. How can you choose a suitable game that suits your taste and enjoy playing it? For a good choice, pay attention to the following points:

- Pay attention to the style of the game:

When choosing a game, it is better to choose an option that has your favorite genre. For example, action games are recommended for people who have great skills in battle. If you want to experience freshness in the game; these games are suitable for you because in these games you will usually defeat the enemy and by defeating the enemy you can get a sense of happiness. If you are a person who loves excitement, it is better to choose horror games

- before Choosing a game Research about the available games:

You should research about the games before selecting a game, you can ask from people who have already played that game. The Internet is a good place to do this research,too. Players always share their experiences about a game on the Internet.

- Choose the trial version of the game:

- Choose a game package to buy multiple at the same time:

If you want to buy multiple games at the same time, buy the options that are offered as a package. These packages are usually discounted and you can buy them for less.

- Note the number of people:

If you are interested in playing alone and in silence, it is better to choose single-player . In this type of game, you can focus on your game without the intervention of another person.

You may also be wondering if it is possible to play online games offline as well. In answer to this question, we must say that you can also play some online games offline. Usually, these games have multiplayer and single-player modes, in which you must be online in multiplayer mode, but you can also play single-player mode offline. Of course, it should be noted that in offline mode, these offer more limited features to gamers.

About our Game development services
What was the first game controller and what were its features?